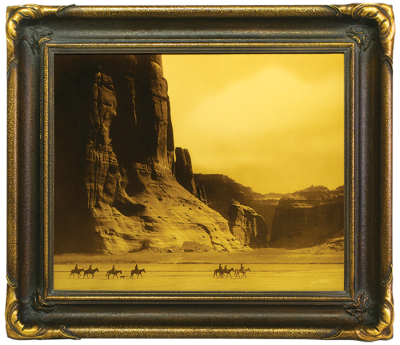 Christopher Cardozo is widely acknowledged as the world’s leading authority on Edward S. Curtis. He is the author of nine monographs on Edward Curtis and has created and curated one-person Edward Curtis exhibitions that have been seen in nearly one hundred venues in over forty countries.

Having collected Edward Curtis’ artwork for four decades, Cardozo has created the world’s largest and most broad-ranging Curtis collection. No one has done more to increase the awareness, understanding, and appreciation for Curtis’ work than Christopher Cardozo, except Edward Curtis himself.

Cardozo Fine Art reinvented the lost Goldtone process from the ground up, marrying the best of modern technology using Curtis’ exquisite negatives. Goal: to consistently produce stunning Goldtones(TM) as good as the top half percent of Edward Curtis’ vintage Goldtones. We spent over three years and one third of a million dollars on research and development. Each framed and printed image is individually hand-created, together encompassing over 70 different steps.

Please contact him regarding both original Edward Curtis photogravures and new renditions of his work.