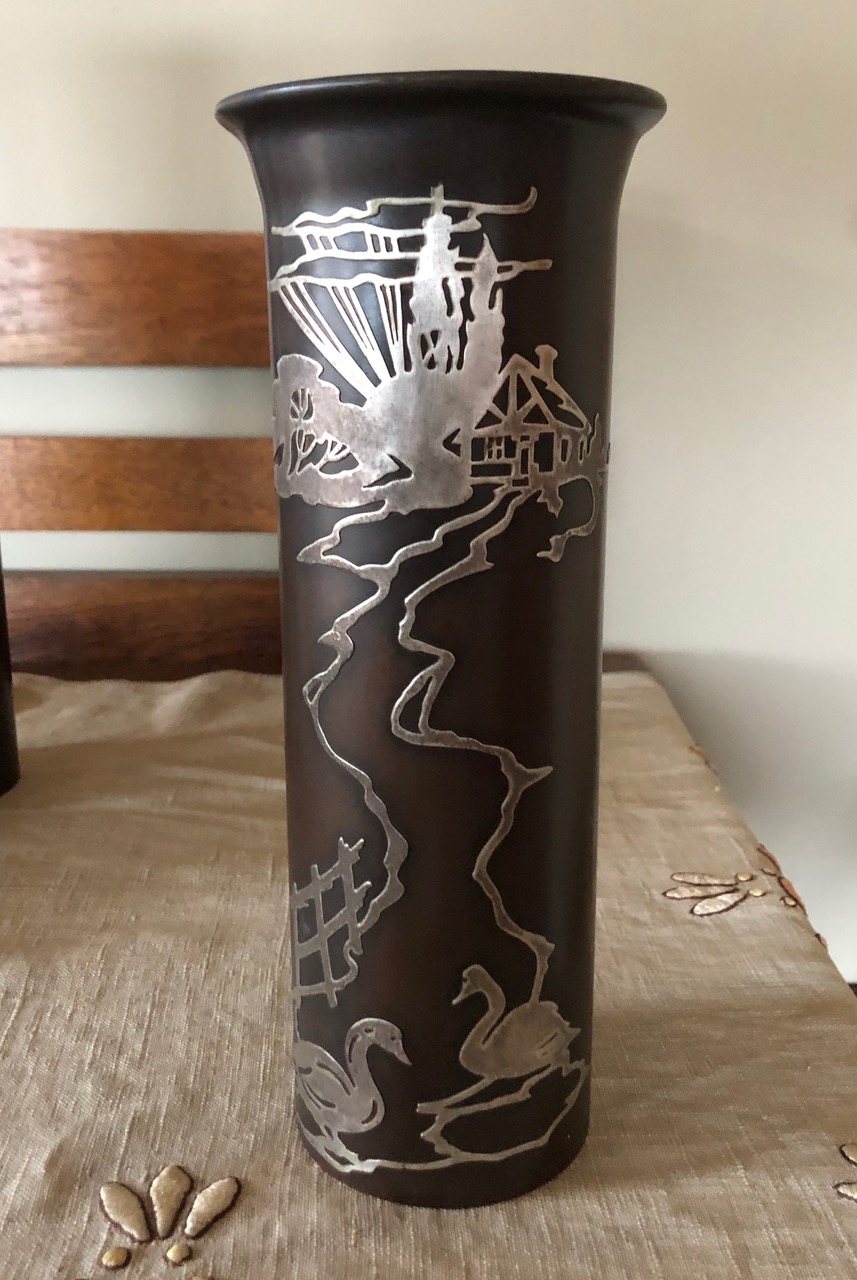 I was at an estate sale not long ago which featured several Arts and Crafts items spanning a wide spectrum: furniture, art pottery, artwork, and metalware. Among the items was a reportedly unmarked 10” tall bronze vase decorated with a sterling silver overlay. Everyone who saw it assumed it had been made by the Heintz Art Metal Shop of Buffalo, New York, but it lacked the familiar diamond shopmark stamped in the bottom of the piece.

While I started as a Roycroft collector several decades ago, my wife and I have since been drawn to Heintz metalware for at least three reasons. First, the patinas developed by Otto Heintz fit perfectly into an Arts and Crafts interior. Second, the graceful shapes are pleasing to the eye; and, finally, the sterling silver overlays add another decorative detail to the shapes and patinas. 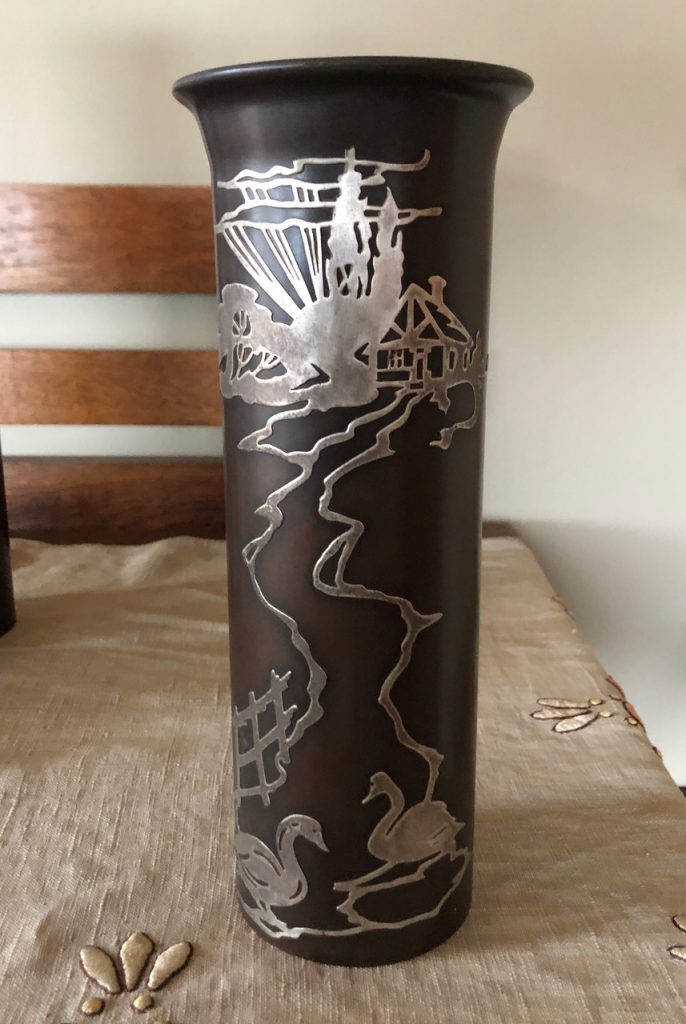 This vase was no exception, as it featured a flared rim over a sterling silver overlay scene of two geese making their way up a road toward a cottage set amid a grove of trees and a background of clouds at sunset.

We left a modest bid, assuming that the piece would sell far beyond what we had set as our limit. Amazingly, we won the piece, in part, I reasoned, because the vase was unmarked.

A quick check with both David Surgan, the country’s leading authority on Heintz Art Metal, and my own “Arts and Crafts Shopmarks” book reminded me that the familiar Heintz diamond shopmark was not their only shopmark. Between 1906 and 1912 the mark which Otto Heintz adopted was a microscopic punch with the single word: STERLING. 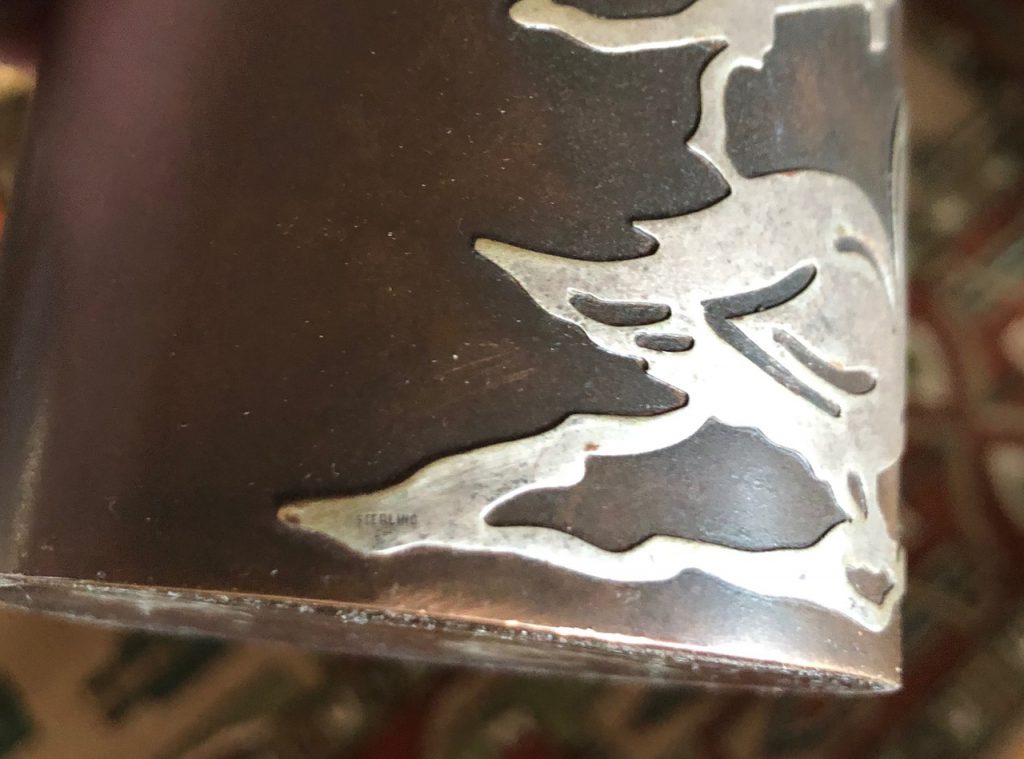 I went back to the vase and, sure enough, in the lower left-hand portion of the overlay was the word STERLING, so tiny it was barely visible.

As it had been to the other collectors at the sale.

While Otto Heintz is not a name we hear as often as Gustav Stickley and Elbert Hubbard, he seems to have been a remarkable businessman and designer. He took over the family business in 1906, expanded it, changed the name to the Heintz Art Metal Shop, and began producing an array of bronze items with silver overlay: vases, bowls, trophies, desk sets, boxes, letter holders, ashtrays, candlesticks, and lamps. In 1912 he received a patent for his unique process of attaching the silver overlay to the bronze wares, at which time he changed his shopmark from the tiny word “STERLING” to the stamped diamond containing the firm’s initial “H A M S.” 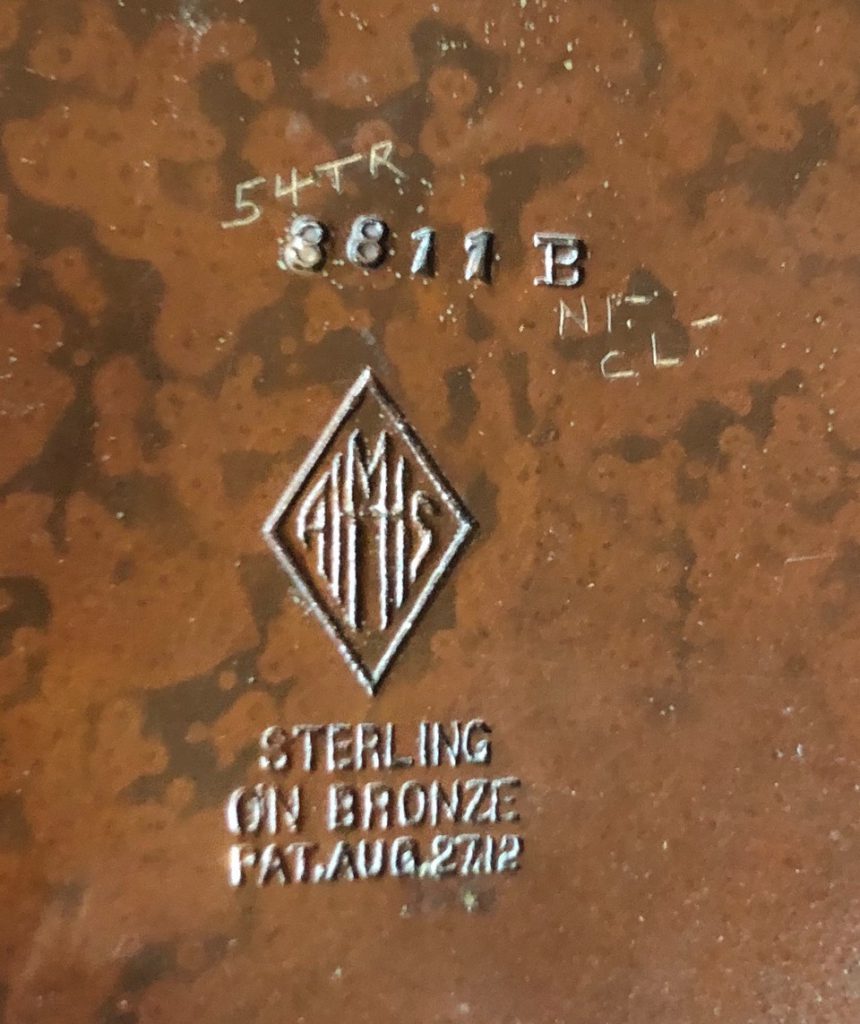 Unfortunately, Otto Heintz died unexpectedly in 1918, prompting several of his employees to leave the shop to form their own metalware business under the name and shopmark “Silver Crest.” Both firms closed soon after the Great Depression descended on the country. 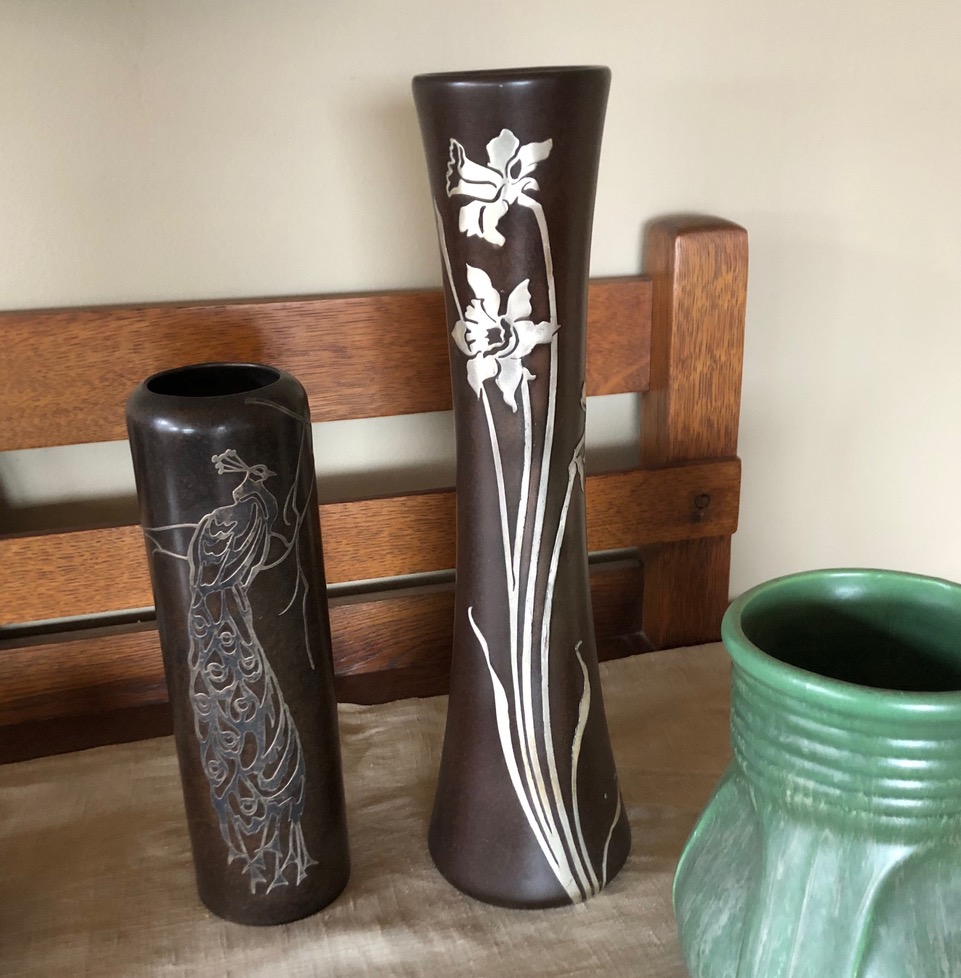 Today, collectors like myself have learned that when a great Heintz form with a delightful patina and sterling silver overlay comes onto the market, it won’t be lacking for a new home for long. 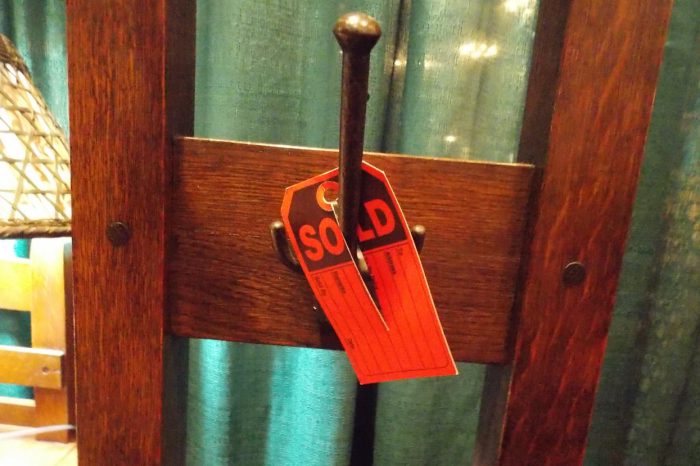