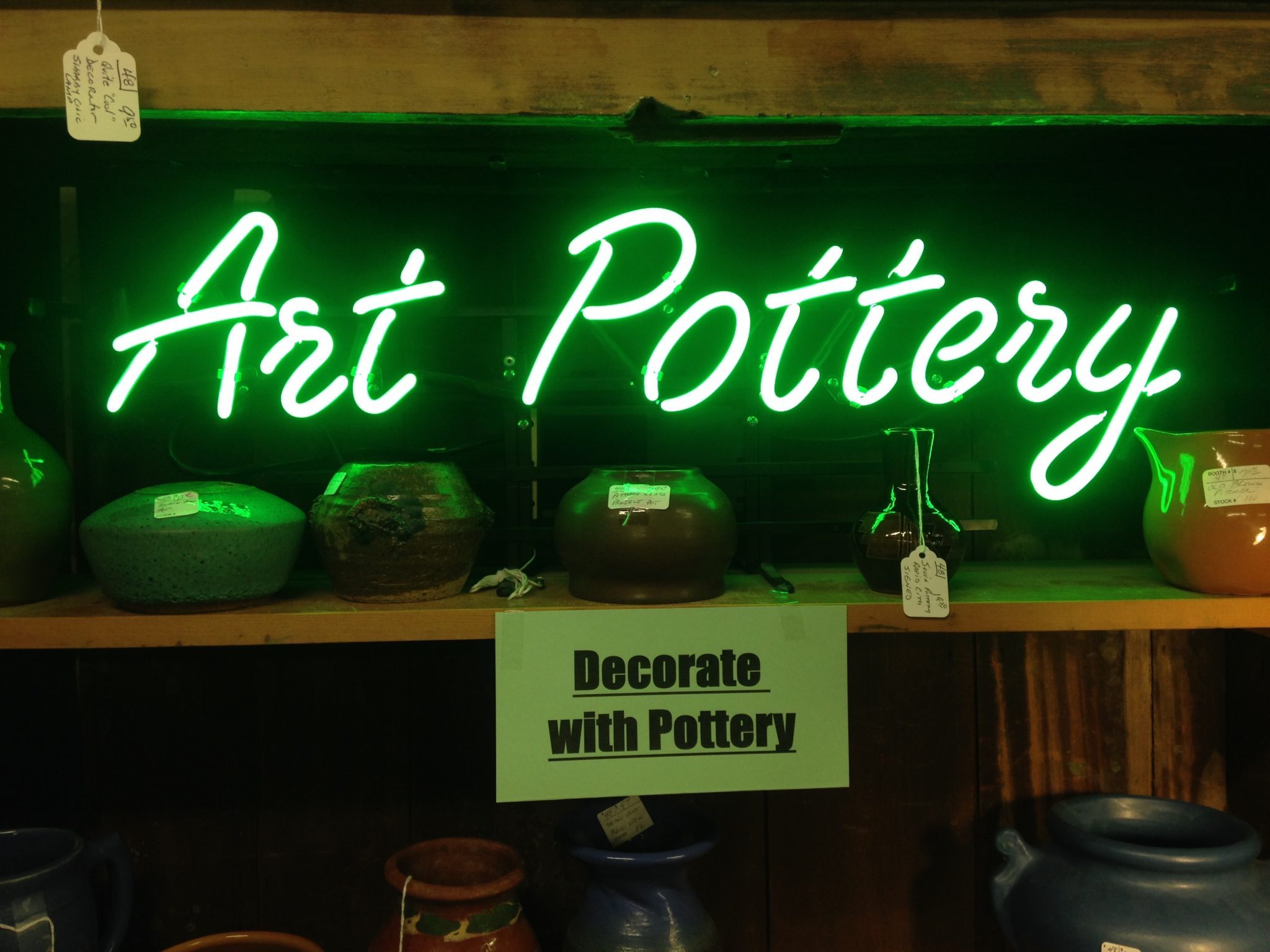 Editor’s note: this article has been republished. The American Art Pottery Association Convention will take place April 27th – May 1st in the Blue Ash and Cincinnati, Ohio area. The article refers to an earlier date, but the advice still remains the same. Original date of publication: Feb. 22nd, 2018.

With the approach of the annual American Art Pottery Association Convention to be held in Ames, Iowa on April 25-28, I thought it appropriate to offer some advice for art pottery collectors. The following comes from David Rago of the Rago Arts and Auction Center in Lambertville, NJ. David has been actively involved in the American Art Pottery market for more than five decades, and has written extensively on various potters and potteries. 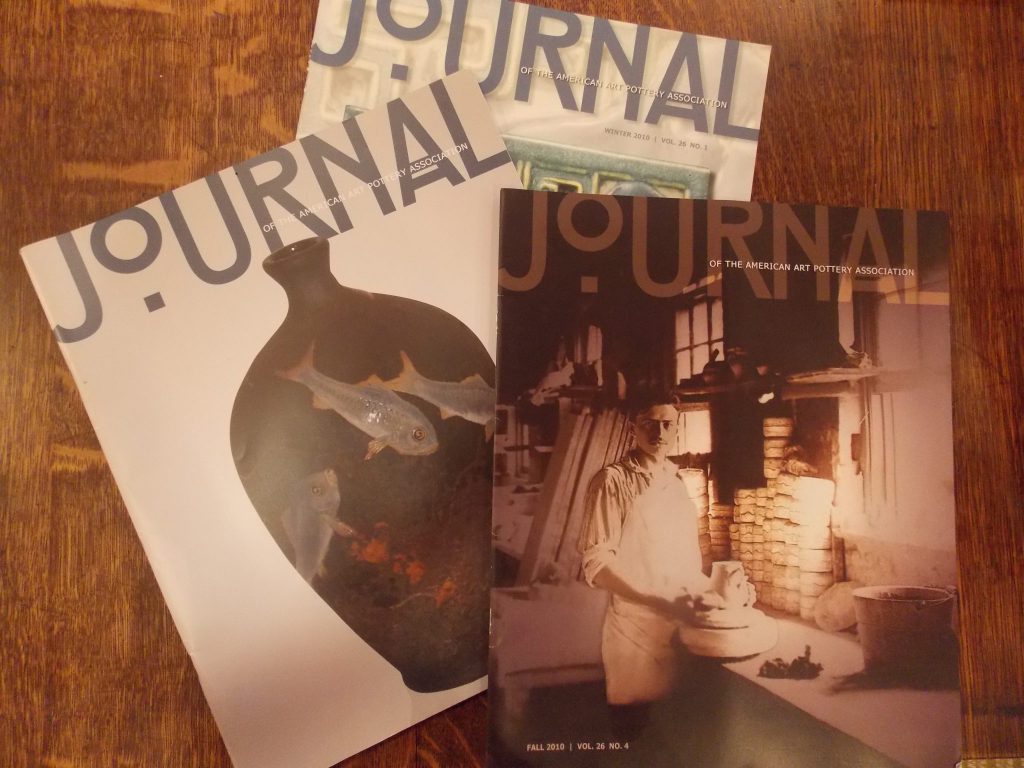 “It’s obvious that a perfect pot will always be worth at least something more than the same piece with even a minor defect, but not all damage is created equally. There are many kinds of damage, some occurring while the pot was being made and some imparted once it left the kiln. And there are all kinds of collectors, some of whom insist upon perfection and others who have learned to accept damage. Rookwood buyers, for example, are traditionally the pickiest collectors in the market. A relatively minor surface flaw might reduce the value of a Rookwood vase by 50 percent. 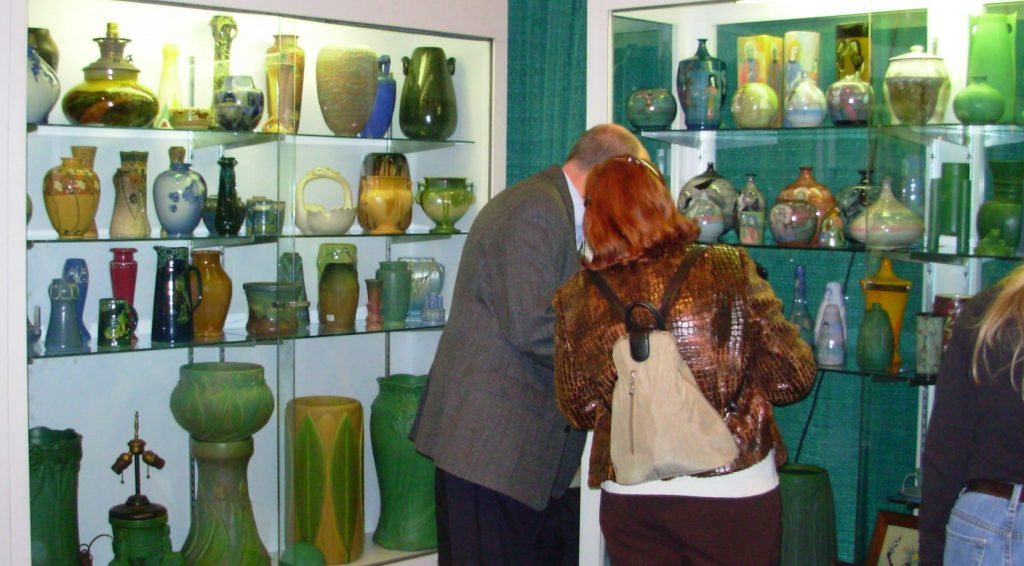 “Grueby collectors, however, are an entirely different breed. Their understanding of, and attraction to, the organic naturalism of Arts and Crafts pottery is more forgiving of minor imperfections, whether imparted before or after manufacture. A small imperfection on a Grueby vase might not even cause a reduction in value by 10 percent. The modeling on leaf edges is often so sharp, and the relatively low fire employed by the company left pots so ‘soft’ that at least minor edge damage is inevitable.

“Newcomb was a true Arts and Crafts ware; each piece was hand thrown and handcrafted. While the pottery certainly repeated designs, especially during its later years, each piece is a one of a kind. Because of this, small chips, drill holes, interior lines that barely migrate to the rim or foot, and bruises to edges might decrease the value by only 25 percent. If you really like the way a piece looks, you either have to buy it or learn to do without it. If the pot is a masterpiece, it may lose only 10 percent of its value. 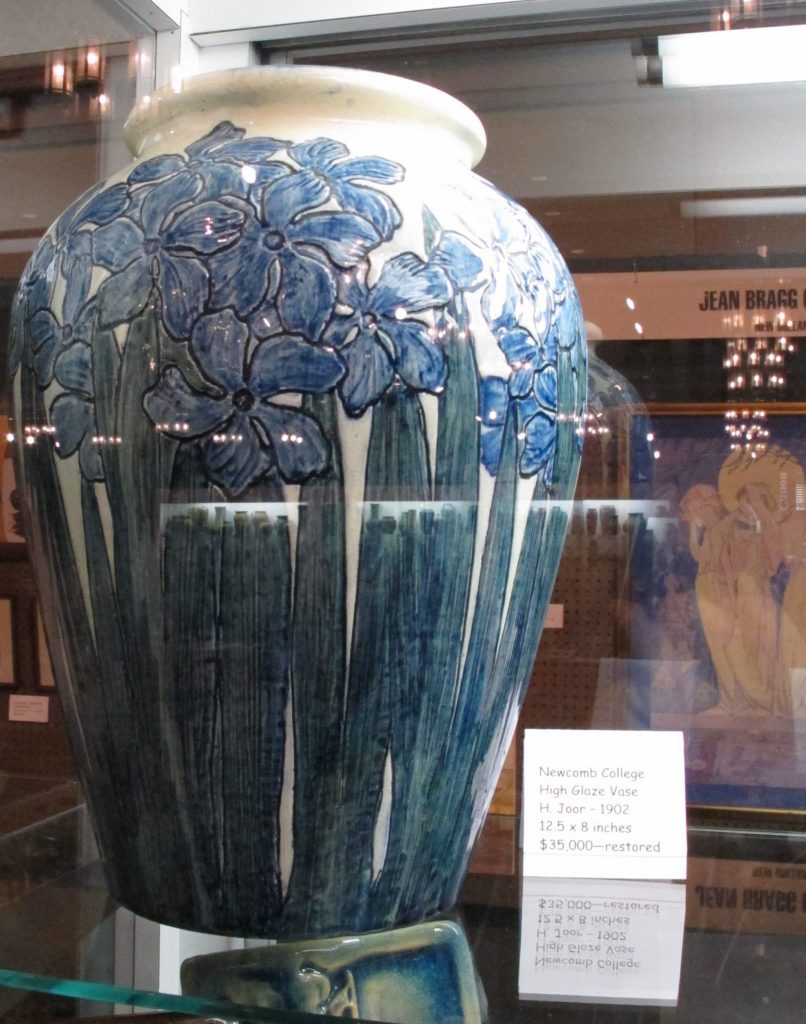 “Damaged Newcomb is very collectible, and its nice to know that a damaged pot is worth 75 percent of what it would bring in perfect condition. In earlier years, flawed Newcomb became easy to sell and prices for damaged work later increased by 300 percent.”

For information on the April 25-28 American Art Pottery Convention, please go to: 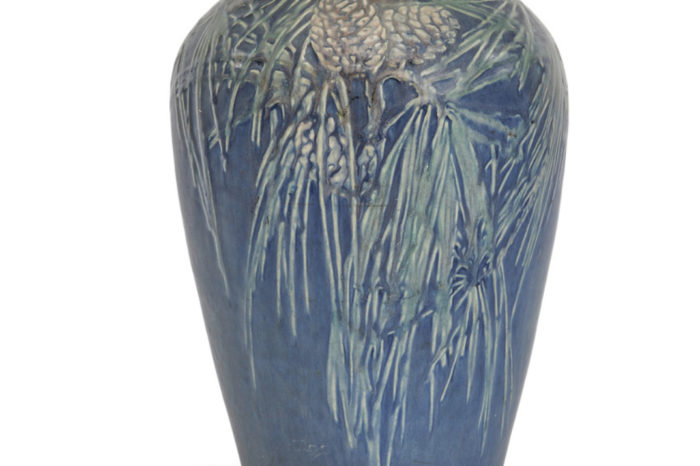