An eBay Lesson – or Not? 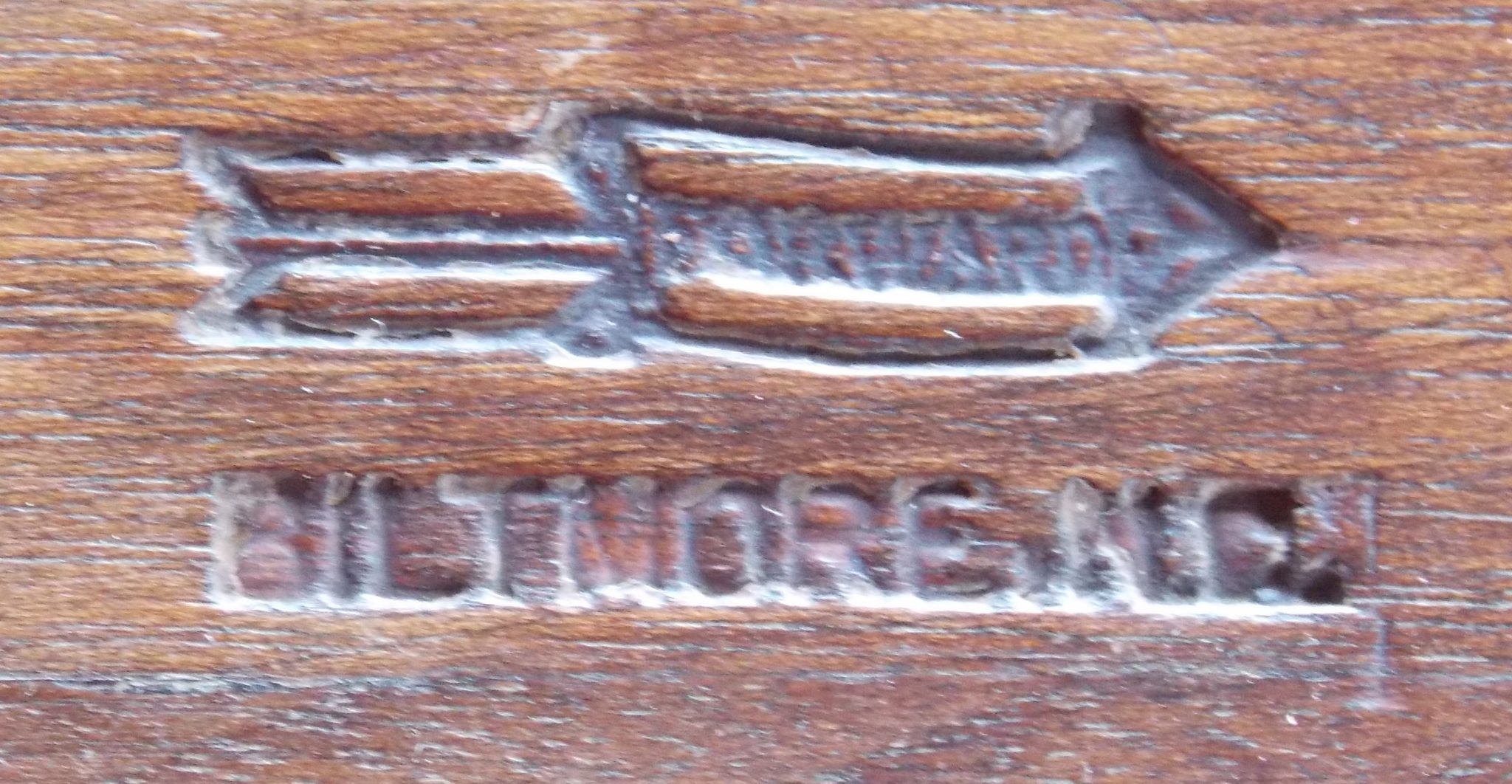 An eBay Lesson – or Not?

A young man called me last week with what he presumed was an innocent and, perhaps, typical question: “I’m looking at a Gustav Stickley library table on eBay. Here’s the link. Should I buy it?”

Before I share my reply, my personal definition of an expert is someone who has already made every possible mistake in their field. I’m sitting next to one of mine, which also happens to be a Gustav Stickley library table, one I bought sight unseen over the phone back in my early days of collecting. Once I got it home, I discovered that the top had been in such bad shape that a prior owner had taken it off, flipped it over, filled the screw holes, and refinished the underside to look like the top. In addition, he had replaced the original drawer bottom with new plywood he had stained to look old.

I shared this experience with my recent caller, who seemed so anxious to own a Gustav Stickley library table that I feared he was going to ignore my advice to never buy anything sight unseen, especially a large and pricey piece of furniture. I ended by recommending that he contact a reputable Arts and Crafts dealer or auction house rather than trolling on eBay.

Then, of course, I broke my own rule. 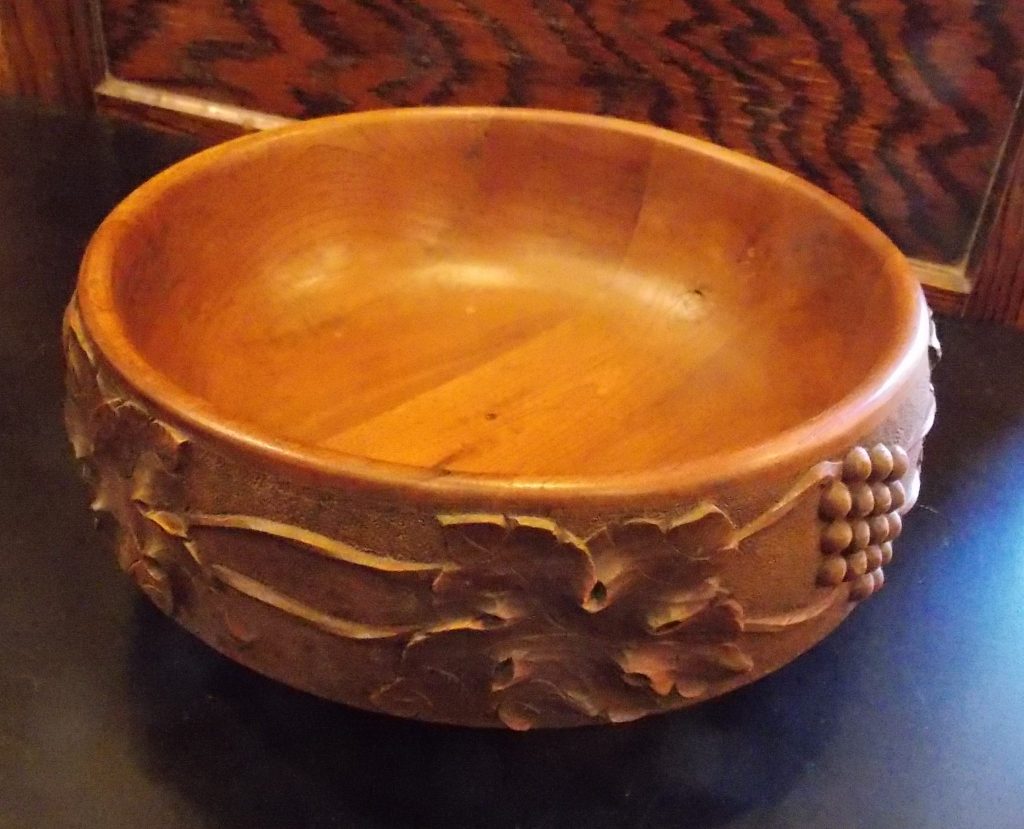 This was not a piece of Arts and Crafts furniture, but instead was a 1905-1917 Biltmore Industries walnut bowl decorated with carved grape leaves that was posted on eBay. Unlike a library table, or so I told myself, the seller’s eight close-up photographs gave me the opportunity to inspect every square inch of the bowl, which did have some minor damage.

But here is where it got interesting. The eBay seller had set both a starting point for the bidding and a Buy-It-Now price even higher than I felt the bowl was worth. Apparently, so did the others who were watching the bowl during the first six days it was listed, as no one had submitted a bid at the seller’s starting point.

The day before the listing was set to expire, I contacted the seller through eBay to make him an offer I thought was fair. Later that day he replied, stating that if he did not get any bids before it expired at 12:30pm, he would relist it as a Buy-It-Now item with my offer as the new purchase price. 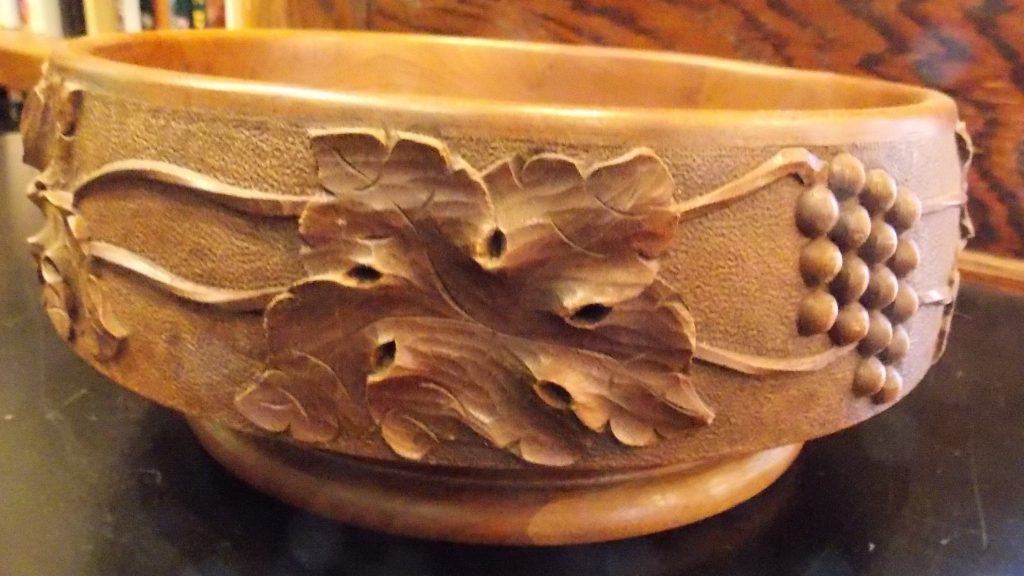 And so the next day I sat staring at my computer for thirty minutes, watching to see if someone was carefully waiting until the last possible moment to start a flurry of bidding, effectively knocking me and my offer out of the running. I was resolved, however, not to get sucked into a bidding war starting at a price higher than I thought the bowl was worth.

But the final ten seconds ticked off without any bids on the bowl, which then gave me something new to worry about: what if someone else also saw the new Buy-It-Now listing with my offer as the revised lower price – and could click faster than me?

Fortunately, the seller did not wait long, as a few minutes later the new listing appeared, offering to sell it at my price. I immediately clicked Buy-It-Now, confirmed the purchase, and put it on my credit card.

For the first time in 35 minutes, I then leaned back in my chair, only to begin to wonder:

“Why did I want something this badly — that apparently no one else did …….?”

Such is the life of a collector.

Below: The early Biltmore Estate Industries branded mark: the word “Forward” inside an arrow banner over Biltmore, NC. 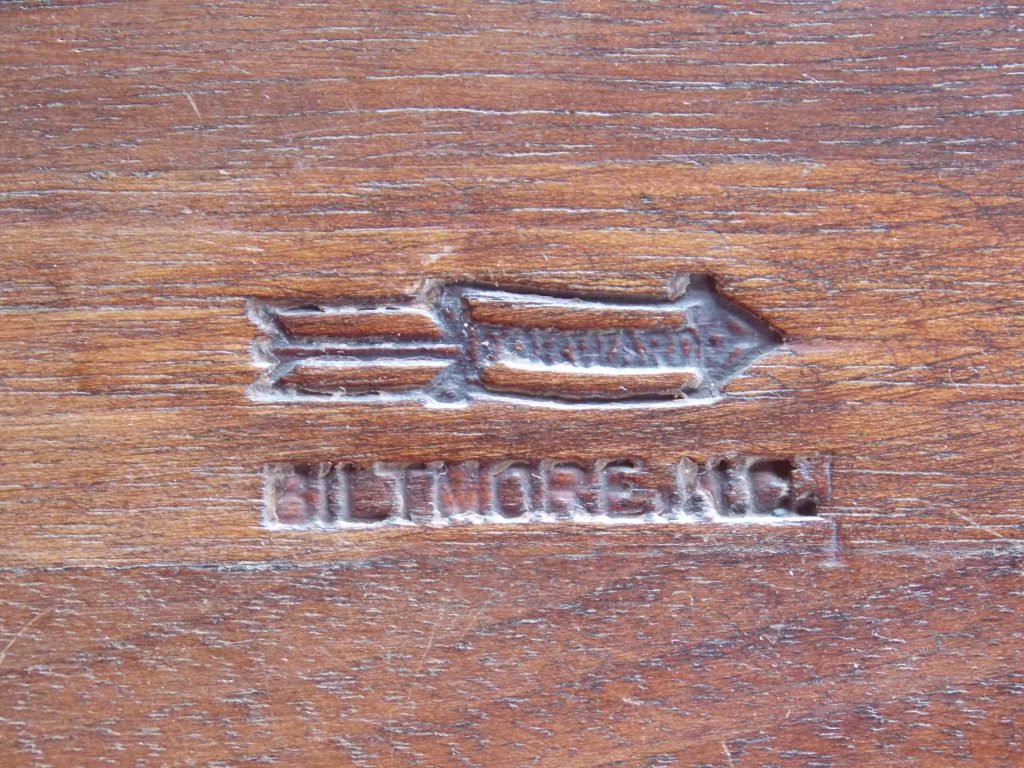 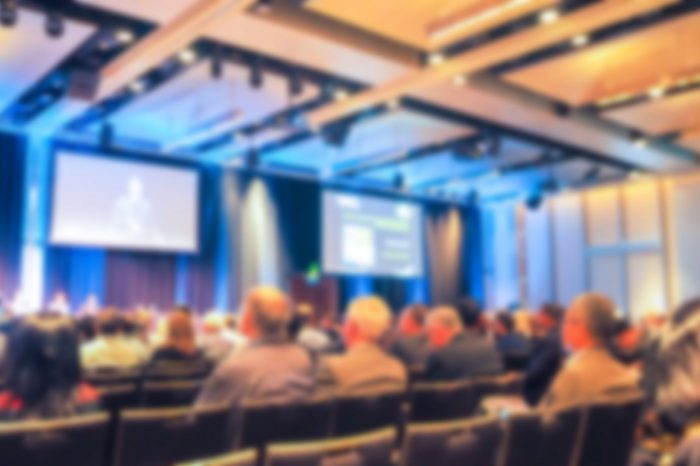