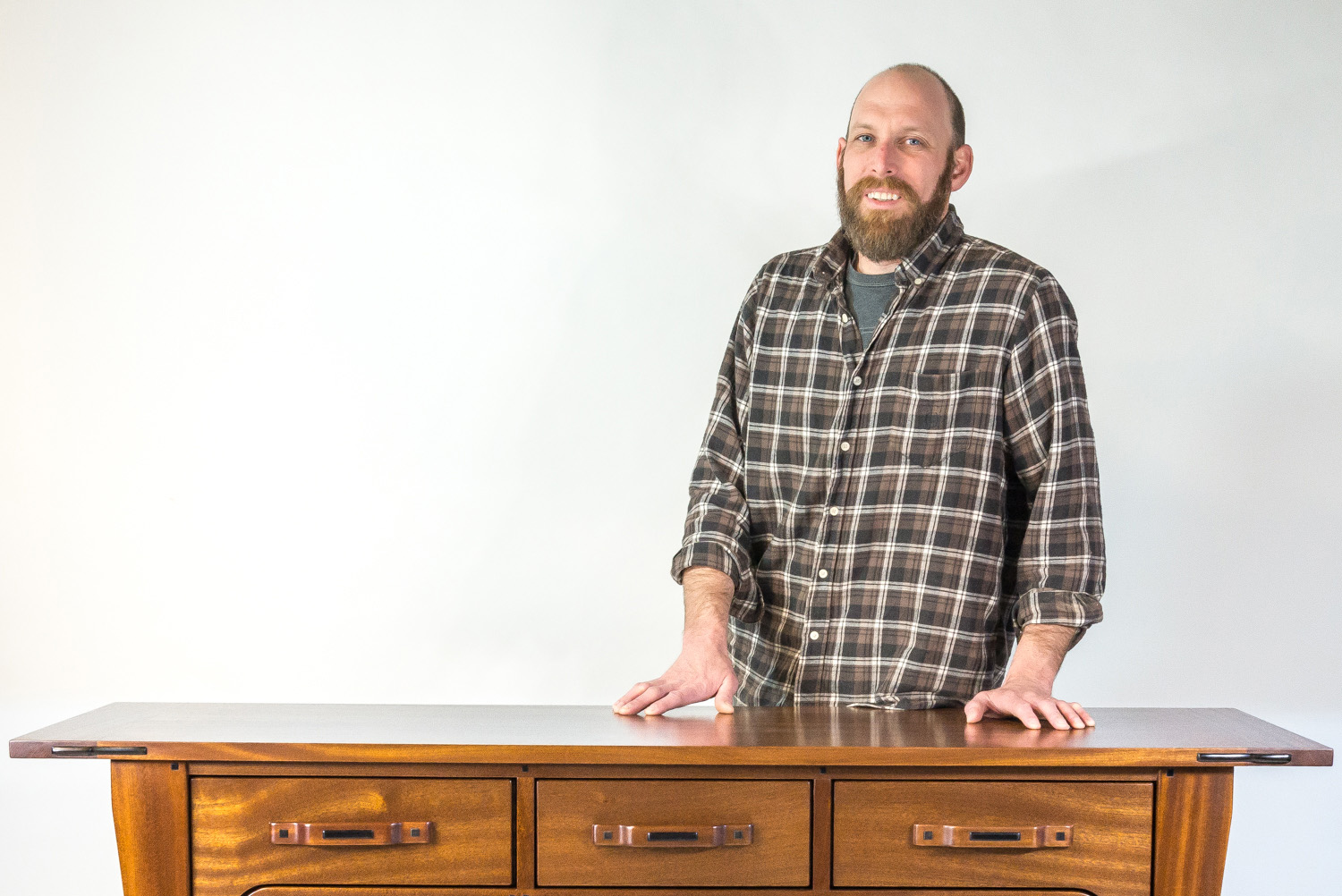 Brian Brace is reminiscing about the time he was invited to the last original Henry Greene house – his mind is still clearly blown. “They (the owners) invited me down there (to California) and I ate at the table sitting in the chairs I made and went through a whole portfolio of the house being built and said ‘oh there’s Henry Greene in the photo.’” For someone who has built Greene & Greene furniture his whole professional career, this was a proud moment for him. “We had talked about an order of my chairs to go around an original 1929 Henry-designed table. So I have now built furniture for an original Henry Greene home… it’s awesome!” 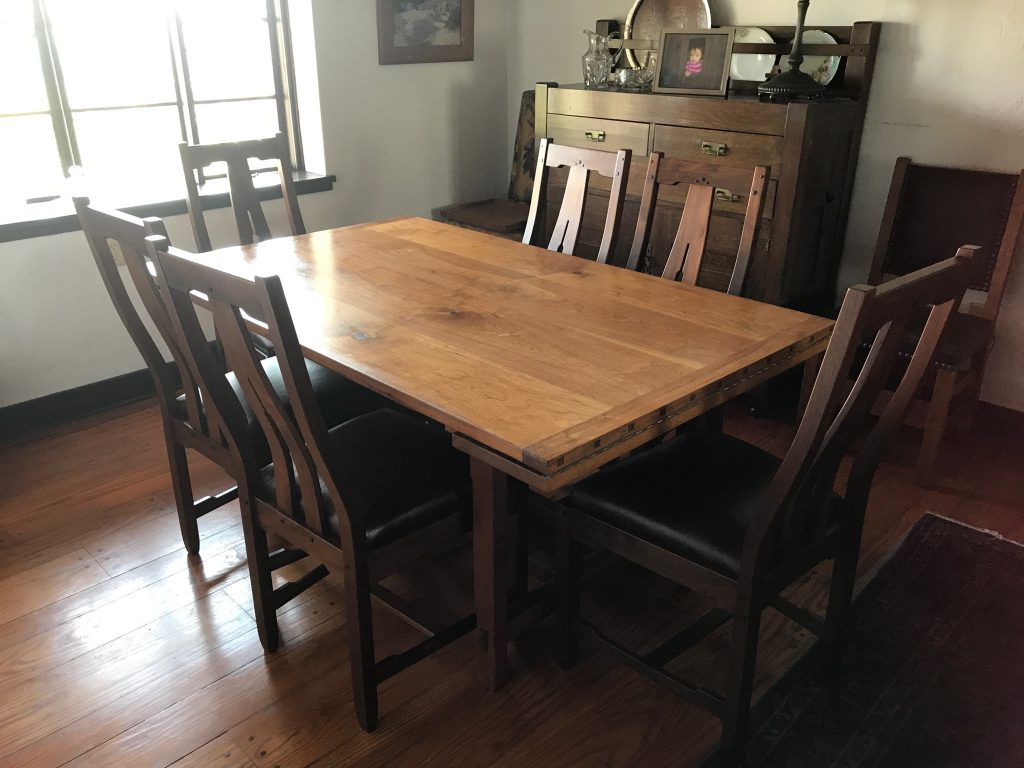 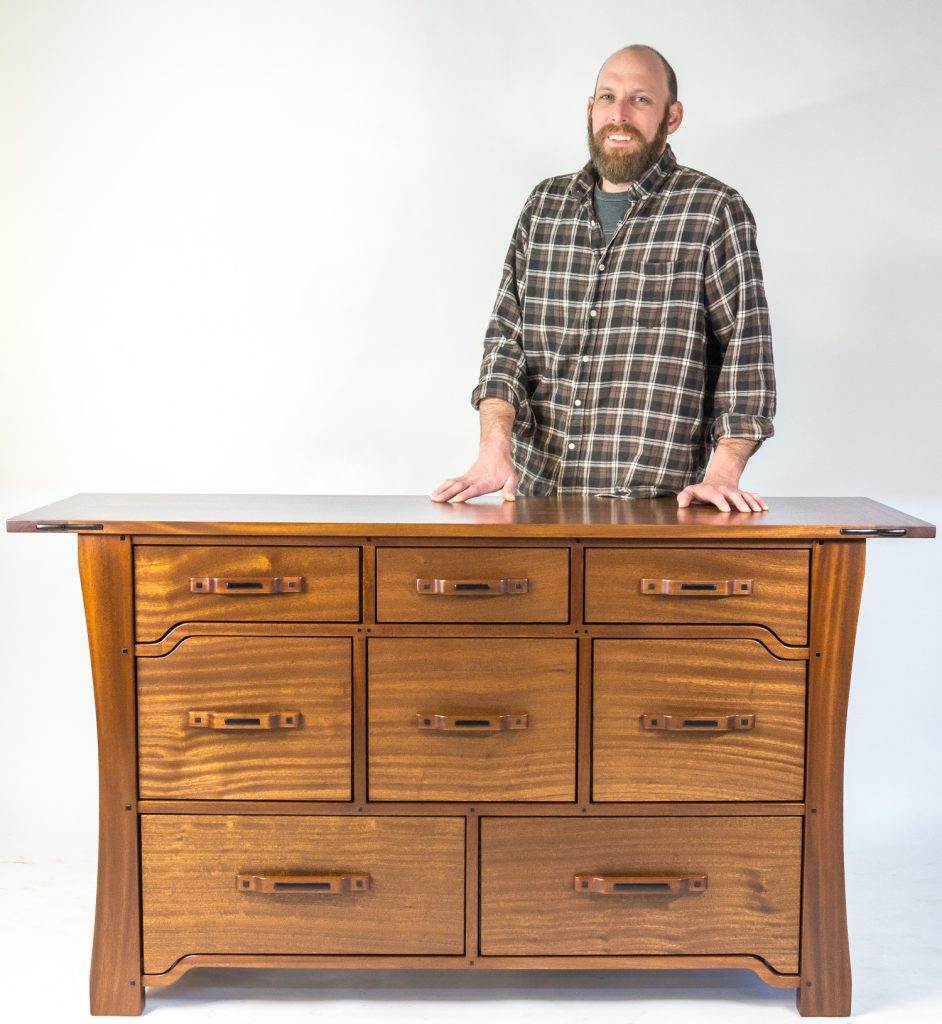 Brace – and his company, Brian Brace Fine Furniture – are based in Black Mountain, North Carolina – but his story as a woodworker started in Vermont, as 10-year Brian helped his father around the house. “We had gotten to the point when we were done working around the house. He said ‘Well, I guess you gotta go find a job,’” Brace laughs. His passion for learning the trade started at an early age: long before learning specific processes, there was a treehouse. “I just knew that I was going to be building something. I’m the kid that built the two-story clubhouse complete with shingles and ladder at 14 years old… I just had the desire to build things. I didn’t know it was going to lead to furniture.”

At age 16, he sought out someone an experienced Arts & Crafts Show exhibitor: a woodworker named William LaBerge. “I was too young to get in and being involved with the tools, so Bill LaBerge looked into an apprenticeship program with the state of Vermont.” He proceeded to complete 8,000 hours of learning the trade with help from a vocational school, his high school, and the state of Vermont. He was the first to get certification from the state of Vermont – and yet woodworking lessons were far from over. He moved to Naples, Florida, where he honed his craft learning how to build wall units, entertainment centers, and kitchen cabinetry among other things. After gaining valuable experience in various jobs, he decided to start his own business – during the recession. “I saw what could be done, but it was frustrating that it was such a slow pace. 2008 through 2016 – you had to be tight with your money because you didn’t know what was going to happen… you had to figure out how to make it work.” Luckily, he did. 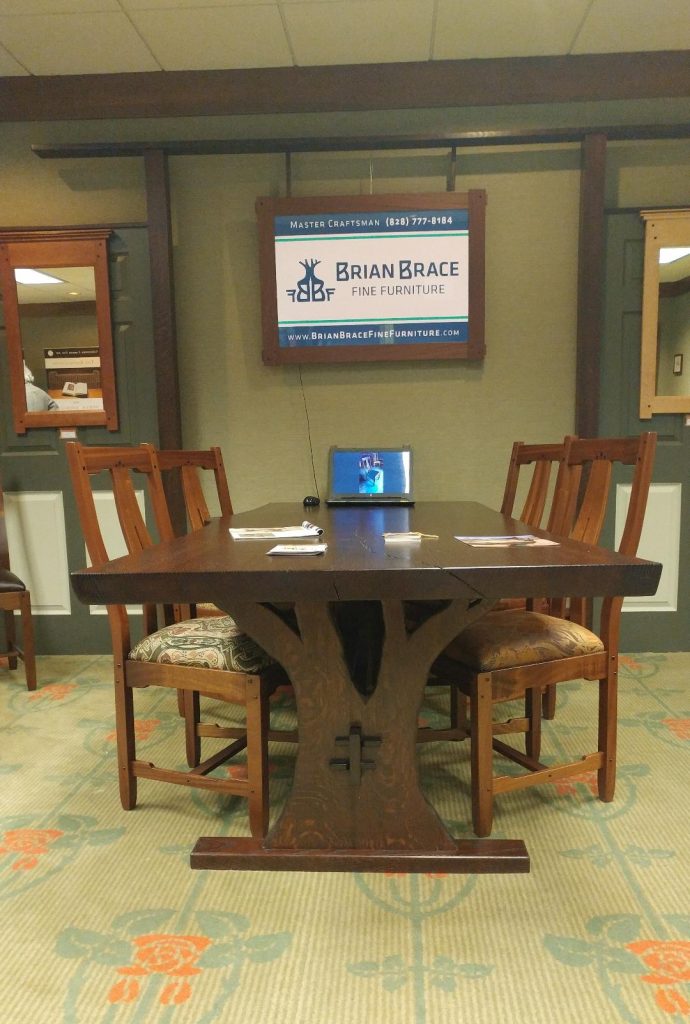 These days, Brian Brace fills plenty of orders throughout the country and when not in his shop, goes to crafts shows to show off his hand-crafted furniture – his latest show is the Craft Fair of the Southern Highlands in Asheville on July 20th through the 22nd. He’s also a Roycroft Artisan – a recognition that has special meaning to him. “For me, it’s an emotional thing. It’s what the Roycrofters did in order to start that campus and how dedicated they were together in order to make something professional… To be part of that, the certificate is awesome, but it’s also making you work harder to continue to grow.”

His accomplishments have garnered him friendship and praise within the Arts & Crafts community of makers – he spent his early crafts show years not only checking out the vast array of hand-crafted pieces being sold, but absorbing how these exhibitors presented themselves. “When you’re a small artisan craftsman, you are also the product… you have to realize they are not only buying your product, they are also buying a part of you and they’ve got a story behind it. Sometimes they met you two years ago at a show and they save their money so they can buy your piece, so they have a story on the way to purchasing. We’re proud of that.”

So what inspires him? He just has to look outdoors for the answer. “The tree at the front of the Gamble House has some influence on the tree in my Arbor Morris chair. It’s bringing the outdoors in, it’s like going hiking,” Brace muses. “I’ve got an amazing mountain view in front of my shop. I’ll be going along and then I’ll stop and everybody’s going day to day flying through their lives and they forget to stop and take in the natural outdoors, the beauty. So, part of it is bringing some of that inside and into your home.” He can still find variety in process and design – and he seems more than okay with that. “Even my own pieces that I do over and over and over again – I’m still redesigning and fine tuning because of my experience. You’ll be amazed by what working with wood and producing something can do for your life.” 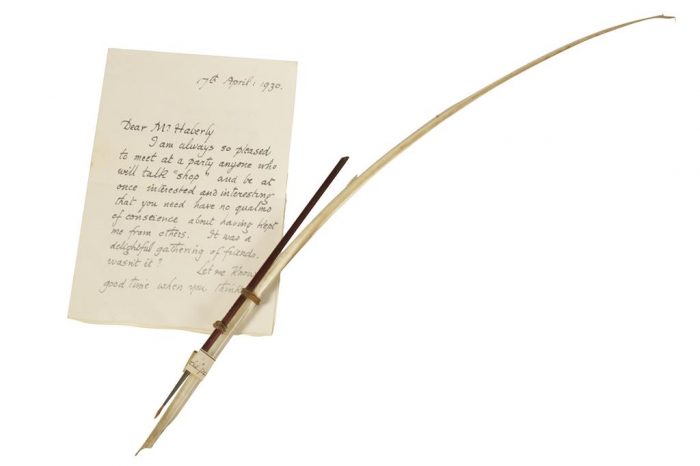