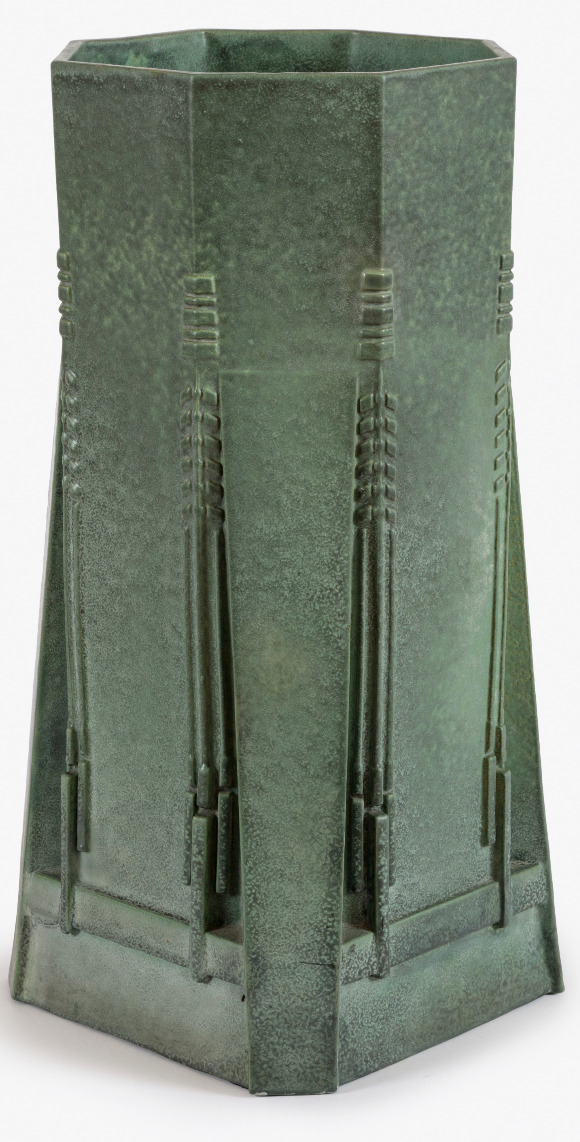 As if a record-smashing Tiffany lamp selling for $3.7 million isn’t enough proof that the collecting community is continuing their passionate interest, this week shows the power of collectors as three lots sell for hundreds of thousands and several highlighted items sail past their high estimates. The staying power of the Arts & Crafts icons continues as the works of Frank Lloyd Wright and Louis Comfort Tiffany — and impressive realized prices for works by the Craftsman Workshops of Gustav Stickley, Greene & Greene, and even a Grueby Faience collaboration with Tiffany Studios — is certainly represented this past week as Sotheby’s and Christie’s held their Design auctions in New York last week. 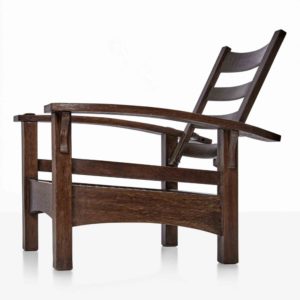 A Bow-Arm Morris Chair, created by Gustav Stickley’s Craftsman Workshops, sold for $22,680. Due to the good condition of the chair and the retained original leather cushions, the chair deemed as an “iconic model displaying strong lines and expert craftsmanship” sold above the high estimate of $15,000.

A Gustav Stickley lantern, made of hammered copper, wrought iron, and hammered glass, sold here for $44,100 – within the estimate range of 30,000 to 50,000. The lantern was impressed with the firm’s shopmark and has been featured in a number of publications including a 1910 Catalogue of Craftsman Furniture from Gustav Stickley and Stephen Gray’s The Early Works of Gustav Stickley. The team at Sotheby’s deemed it an “architectural form displaying great scale and wonderful hand-wrought details.” 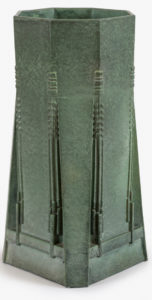 A Vase, made as a result of a Frank Lloyd Wright and Teco Pottery collaboration, sold for an impressive $360,500 at Christie’s Design auction.

The Frank Lloyd Wright collaboration with Teco Pottery resulted in a rare series of vases and this one, sold at Christie’s Design auction, for an impressive $362,000! The rare and “monumental” green-glazed earthenware vase has been featured in the publication Teco: Art Pottery of the Prairie School and measures 24 inches high – a rare find and an impressive price tag.

The green natural glaze found on many Teco pottery pieces are familiar to Teco enthusiasts and American art pottery collectors as Teco Pottery founder William Gates preferred to keep forms and colors simple and uncomplicated in the early days. In addition to the familiar natural green graze, the most popular works from the Teco firm tended to be those that featured angular handles, displaying its tribute to simple design.

However, the Frank Lloyd Wright connection to W.D Gates’s Teco Pottery stemmed from his collaboration with several members of the Chicago Architectural Club. The Teco Pottery firm created their wares near Chicago, home to Frank Lloyd Wright’s Studio. Gates hired designers from the Club for Teco, including Wright, who in bringing his own interpretation to the world of pottery, designed four works for Teco.

In addition to the rarity factor, the large size of this vase (standing at 2 feet high) helped to make this work a standout collector’s item. 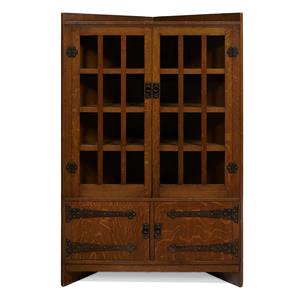