Or is it an “approved” forgery? 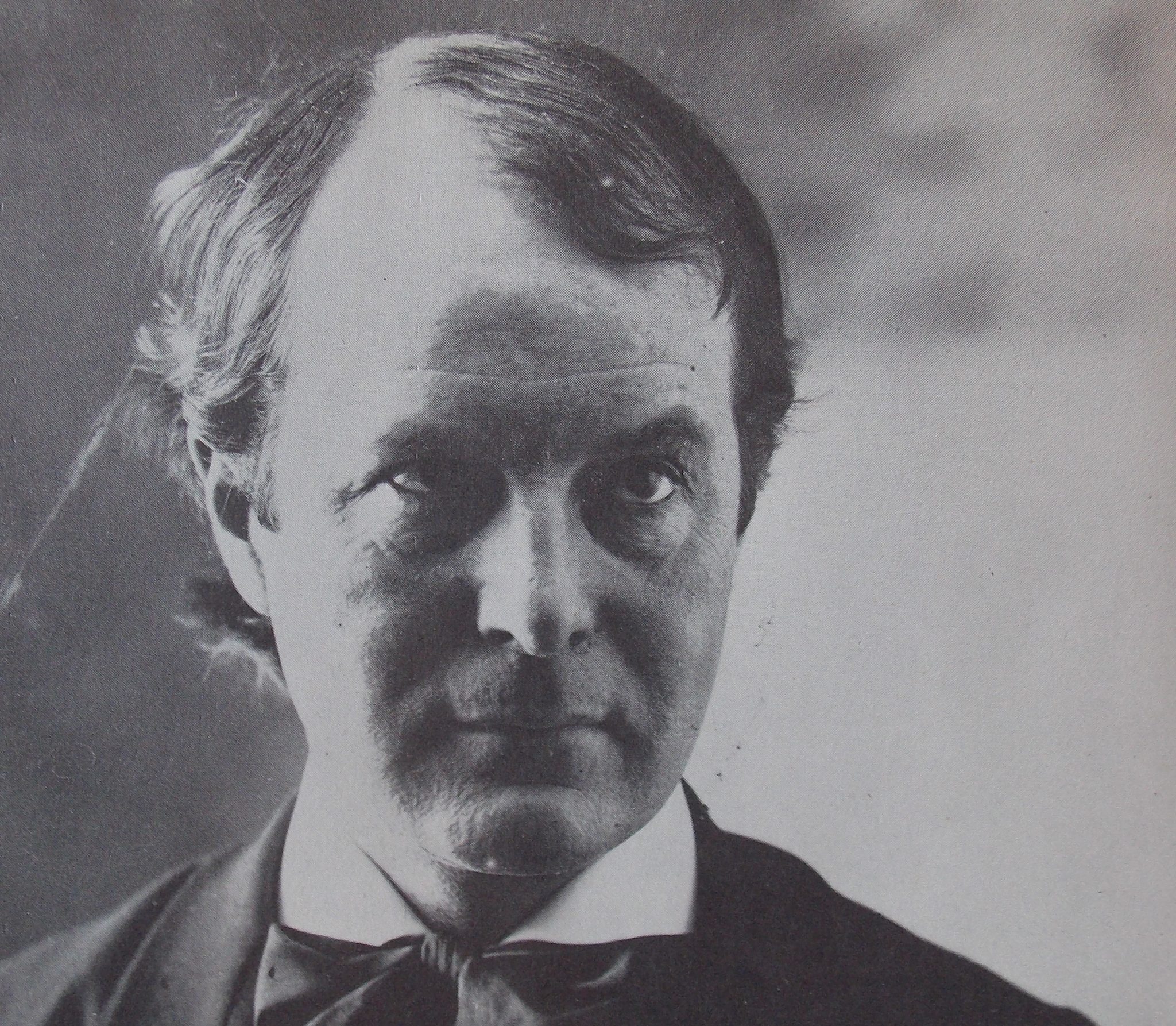 Books, articles, letters, manuscripts, editorials and essays flowed forth from Elbert Hubbard’s pen at a pace no other writer of the Arts & Crafts era could match. From 1896, when Hubbard personally printed his first Roycroft book, Song of Songs, to the 1934 reprint of No Enemy But Himself, the Roycroft press churned out hundreds of thousands of issues that Hubbard either had written, edited or published.

While advanced Roycroft book collectors take into consideration the rarity, type of binding, quality of illustrations and who designed the cover and title page when determining a book’s value, many more typical Arts & Crafts collectors are drawn by one feature in particular – Elbert Hubbard’s autograph. 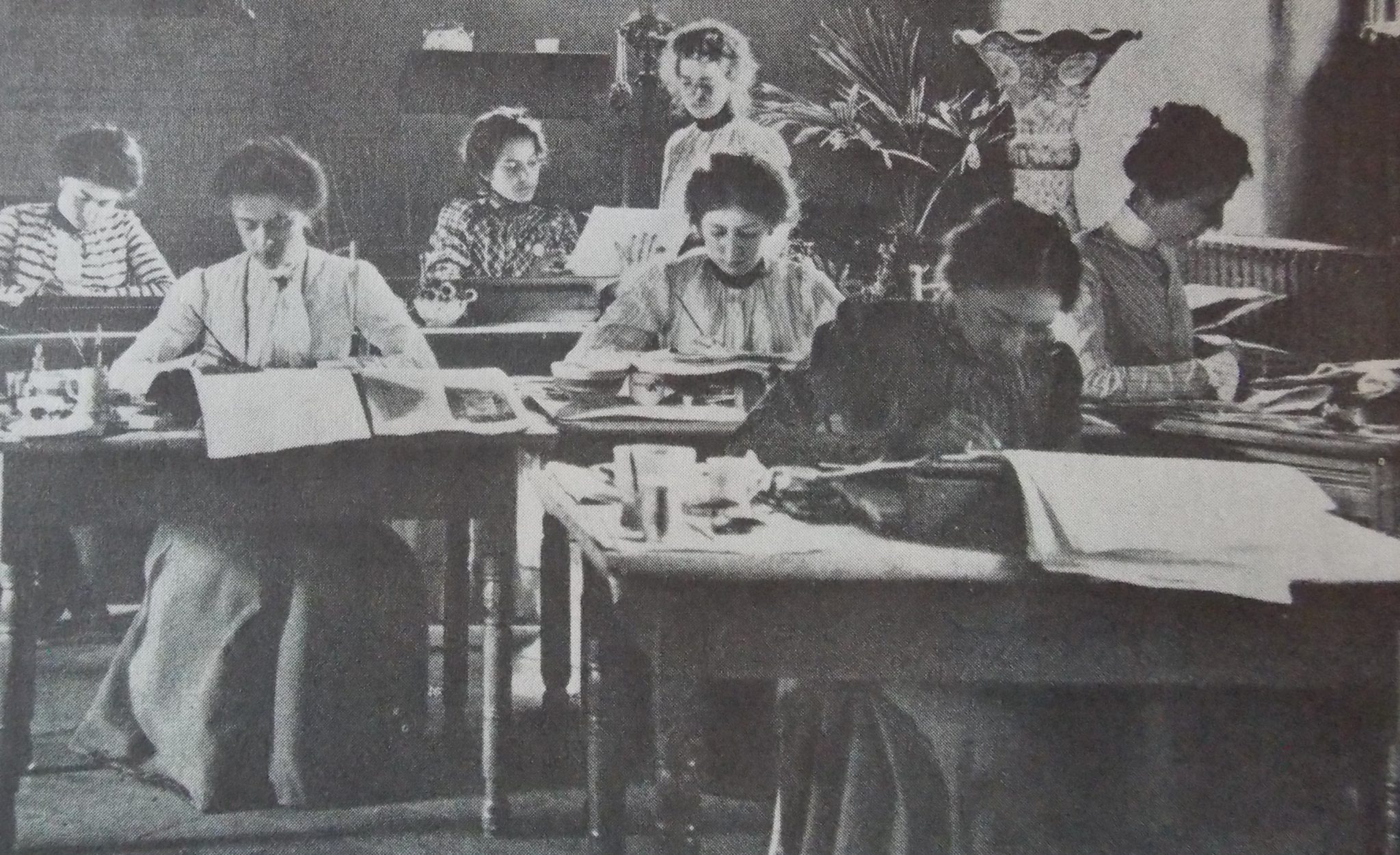 One of the first Roycroft historians, Charles Hamilton, laid bare the assumption that every Elbert Hubbard signature was penned by the author himself. “All were manually signed,” Hamilton observed in 1980, “but not all personally signed by Hubbard. Some were signed in his name, and in a style closely resembling his handwriting, by secretaries and officials authorized by Hubbard to do so in his absence.”

Hamilton went on to cite and to publish in Roycroft Collectibles (1980) Elbert Hubbard’s signature as it appeared twice on his 1915 passport application as an example of an authentic signature (shown below). He quickly pointed out, however, that any individual’s signature can vary over the course of several years – or even in a single setting, depending on anything from the angle of the book to whether the writer was standing or sitting, alert or exhausted, riding on a train or walking from a lectern. 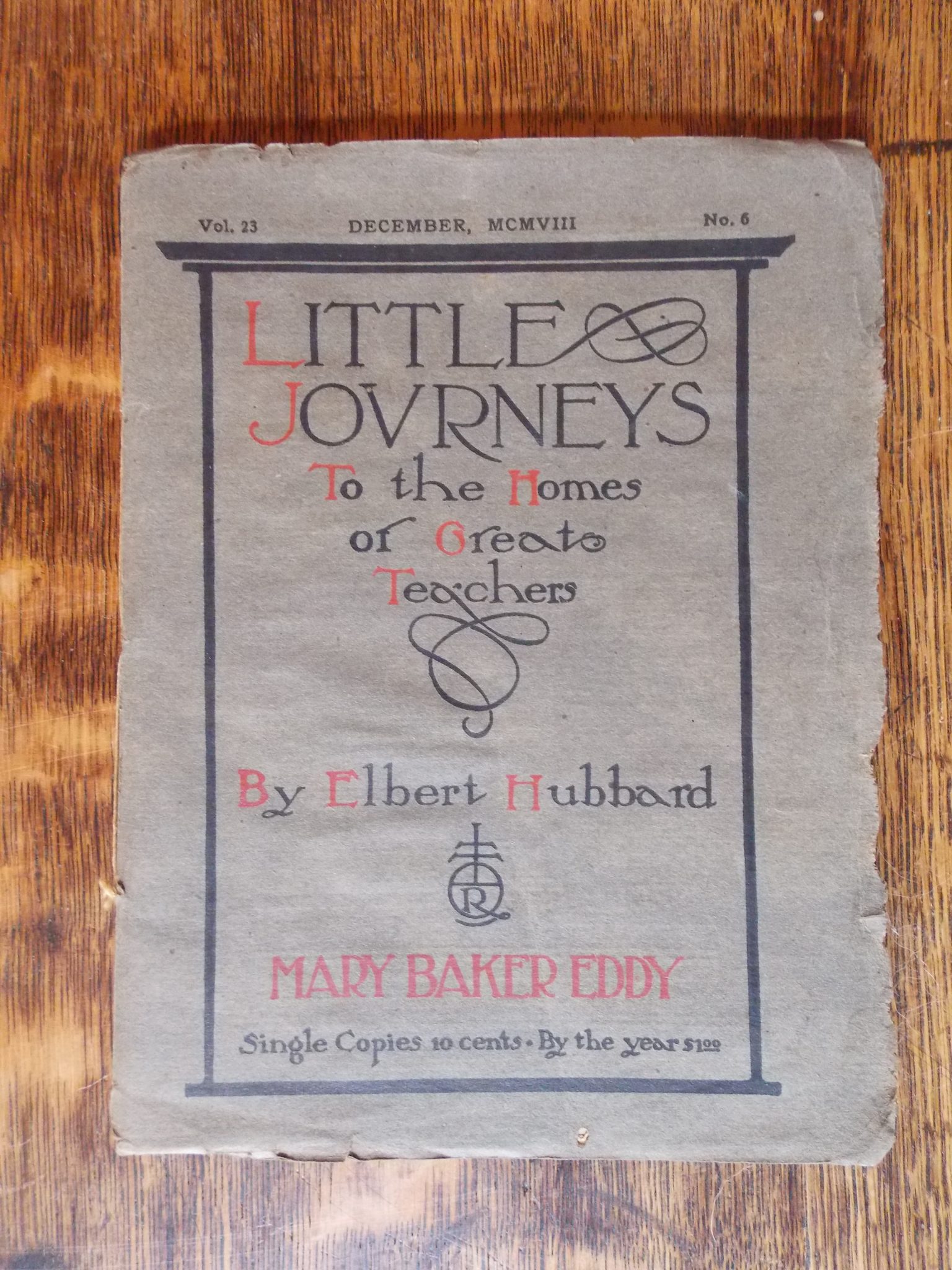 Even though we know that many editions of his books were printed, signed and shipped while Hubbard was absent from the Roycroft campus, it is still nearly impossible to state unequivocally that any particular signature is a forgery. For that reason, any book with Elbert Hubbard’s signature will be worth more than the same book without it. However, that same signature will not overcome other more important criteria, including condition, type of binding or how often the book appears on the market.

One final note: in some instances, Elbert Hubbard’s signature was printed beneath his picture during the press run. These are not considered autographs and add no value to the book. A close inspection with a magnifying glass will reveal whether a signature was printed into the paper or whether the ink was laid down on top of the paper with a pen.

Finally, any book with a copyright date after 1915 and a signature reported to be that of Elbert Hubbard’s should be viewed with a skeptical eye, since Alice and Elbert Hubbard drowned aboard the Lusitania on May 7, 1915. 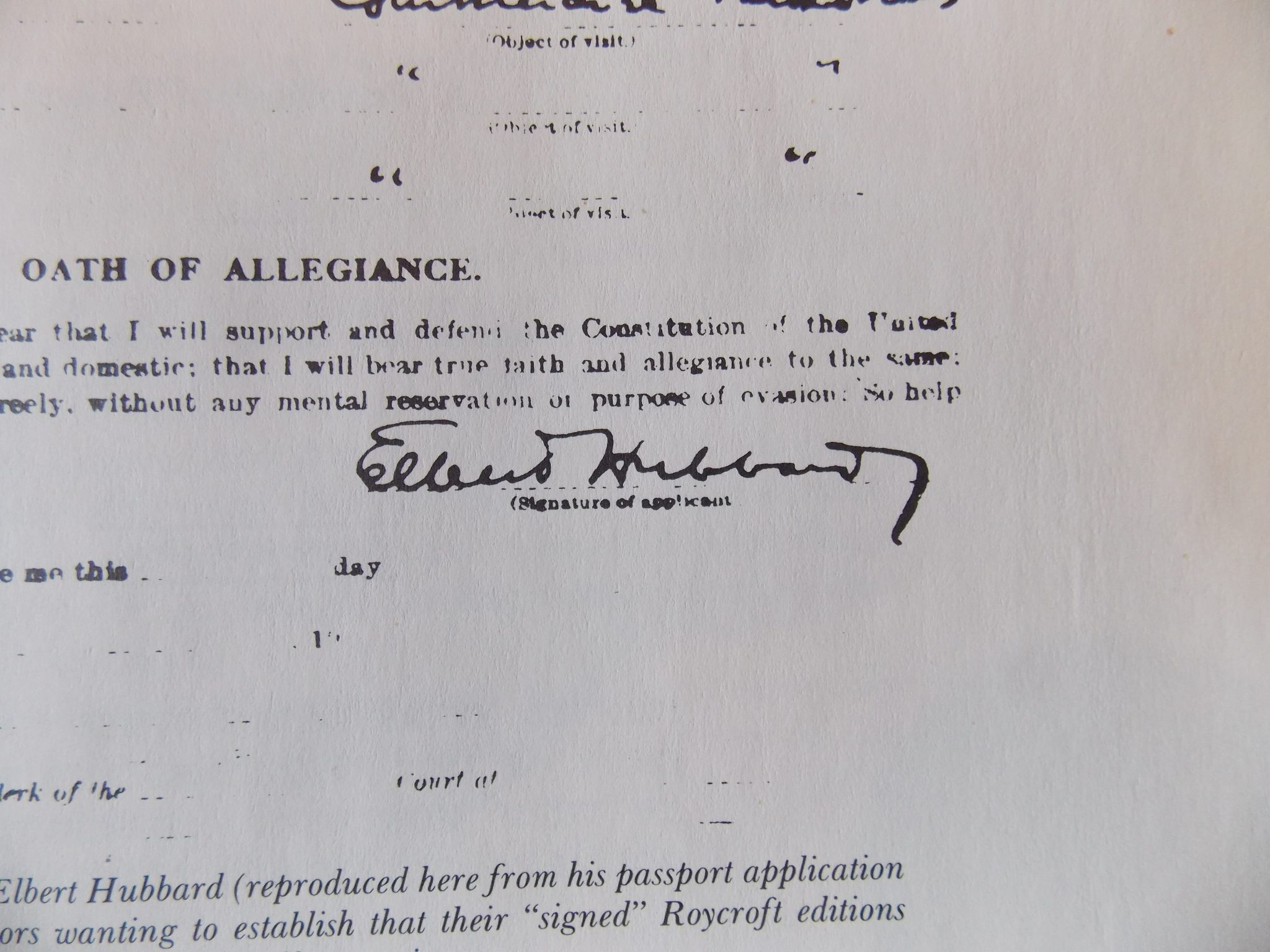 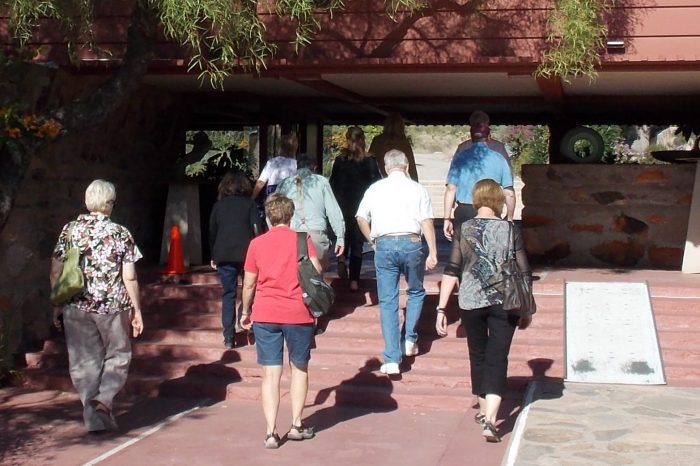