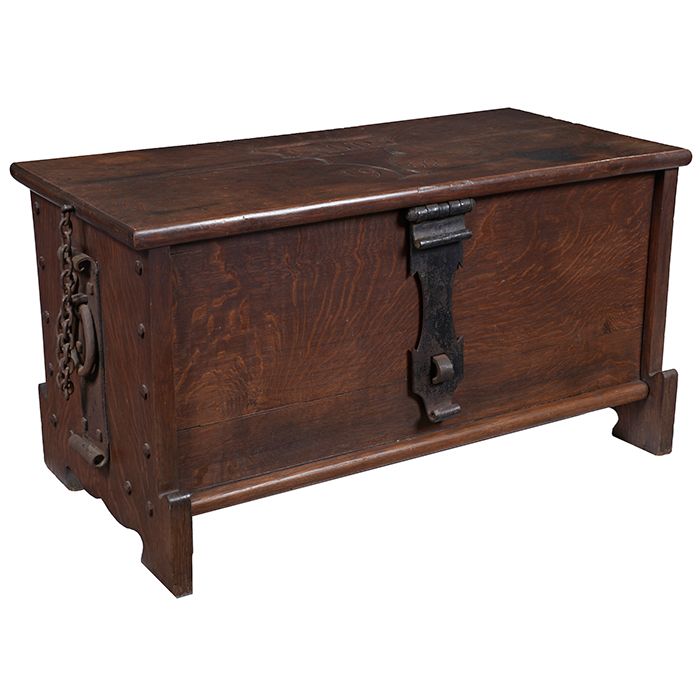 In 1898, at the age of 35, Charles Rohlfs hung out his shingle as a maker of “artistic furniture.” In contrast to the plain, undecorated early work of Gustav Stickley and Elbert Hubbard’s Roycrofters, this former cast-iron stove designer and part-time Shakespearean actor picked up the mallet and chisel and proceeded to cut and carve swirling, Art Nouveau-influenced designs into each piece of furniture he made. 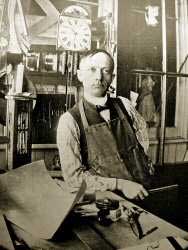 But there has never been any doubt that Charles Rohlfs, who remained active until 1928, belongs under the Arts and Crafts umbrella, for he not only made handcrafted oak furniture, but he also stands as the rare combination of solo designer, craftsman, carver and finisher of those pieces which he made in 1898 and 1899. 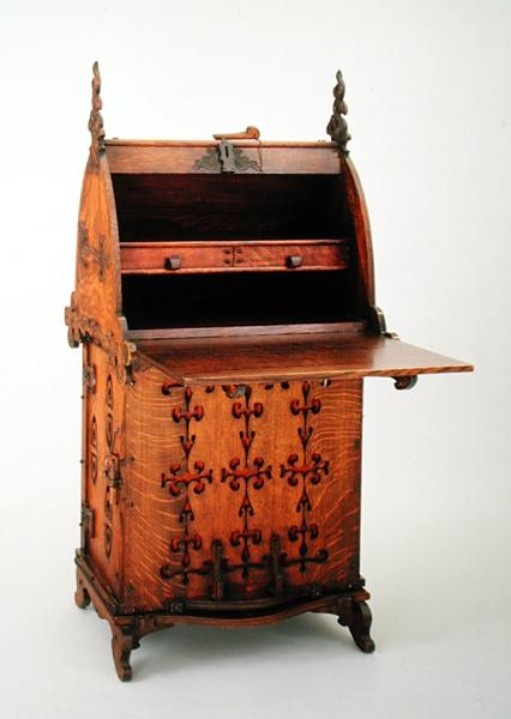 While acceptance of his work never enabled Rohlfs to transition from a personal workshop to a small factory, he did sell enough of his two most famous early designs – a Rotating Desk (pictured) and a tall Desk Chair – to begin hiring assistants in 1900. But even at the height of his success, Charles Rohlfs never employed more than eight woodworkers and woodcarvers in his Buffalo, NY workshop. 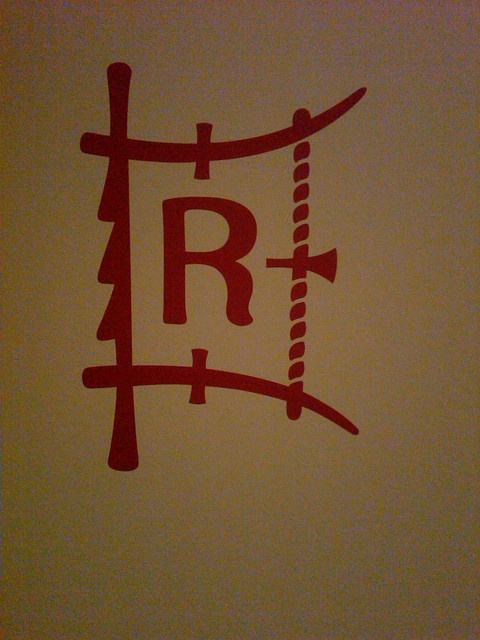 Rohlfs took great pride in his work, clearly and boldly incising each piece with his shopmark: the letter “R” within a handsaw. Beginning in 1900 he also began adding the year in which each piece was completed, and highlighted his shopmark and the year with bright red wax.

Anyone who has ever seen an example of Charles Rohlfs’ furniture would never confuse it with that of any other Arts and Crafts furniture maker, for in addition to his bold shopmark and his deep, swirling carvings, Rohlfs utilized protruding, faceted oak pegs as a decorative detail, in addition to disguising recessed screw heads. 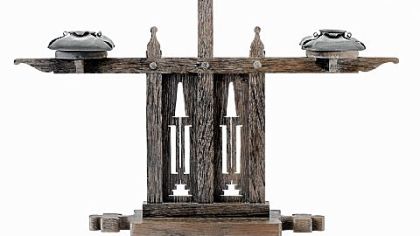 His early work, which included several chair designs and a smaller number of tables and case pieces, stands as much as oak sculptures as they do as practical pieces of furniture. Around 1903, Rohlfs expanded his line to include multiple editions of smaller items, most notably oak candlesticks, stamp boxes, wall sconces, picture frames and tabourets. In 1907 his offerings had grown to the point where he could issue his first sales catalog.

While major pieces such as Rohlfs’ Rotating Desk and Desk Chair have gravitated into museum collections, major Arts and Crafts auction houses and shows offer smaller examples on a regular basis. Nevertheless, all examples of Charles Rohlfs’ furniture and accessories are considered rare, and should be evaluated and appraised according to current demand. 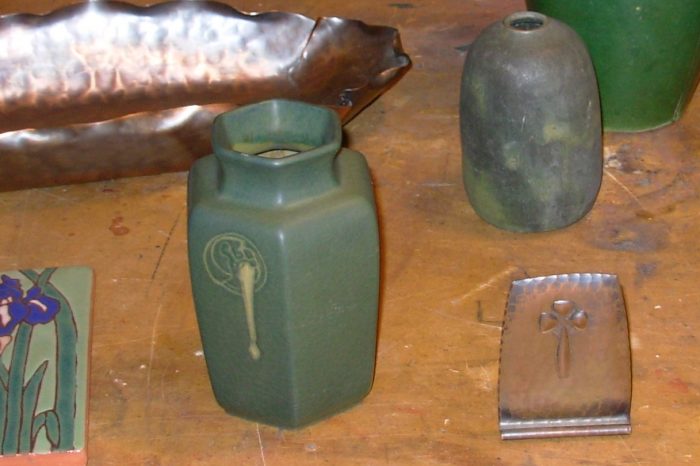