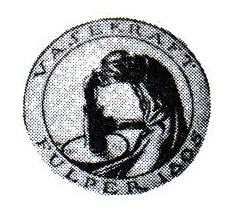 The following are excerpts from Bruce Johnson’s The Official Price Guide to Arts & Crafts. See the end of the article for a special conference announcement on where you can see examples of Fulper Pottery.

In 1860, the Fulper family assumed possession of the pottery that was to bear their name for nearly one hundred years. At the outset they maintained the manufacture of a line of utility household pottery and continued in this fashion under the management of three brothers: George W. Fulper, Edward B. Fulper, and William H. Fulper (1872 – 1928), who was largely responsible for the introduction and development of Fulper’s art pottery production.

The Fulper entry into an already crowded art pottery market came in the middle of the Arts and Crafts era. In 1909, utilizing the same heavy New Jersey clay they had used for decades in their commercial production, the Fulper brothers introduced a line of art pottery by the name of Vasekraft. Recent research, however, has revealed that experiments with various glazes for the new line may have started as early as 1900, with experimental pieces being produced by 1906. The new line was manufactured, according to a 1912 article, “from the same clay, in the same factory, and in some cases by the same workmen that are working on the more common articles.”

The wares developed at the Fulper Pottery for the Vasekraft line ranged widely, from vases, jardiniers, and lamps to bookends, pitchers, clocks cases, and tiles. Although some required hand-throwing, the majority were molded. While the heavy Fulper forms were open to criticism from early reviewers accustomed to Rookwood-inspired vases and ewers, the hundreds of quality glazes developed by William Fulper and his chemists have been credited with the popular and artistic success of the firm’s art pottery.

Among the more successful and most popular of the Fulper glazes were the following:

Mirror — a high gloss glaze in either black, green, blue, ivory or yellow

Flambe — unusual combinations of colors in a flame effect

Matte — textured dull glazes in a variety of colors, including shades of greens, yellows, and whites

Like Teco and Hampshire, the Fulper Pottery utilized a large number of molded forms to prevent production costs from driving the price of the pottery beyond the reach of potential customers. Grueby, the symbol of hand-thrown art pottery, had entered the first stages of bankruptcy the same year Fulper announced the introduction of Vasekraft, and it appears the Fulper brothers were determined not to follow in Grueby’s footsteps. Emphasis was placed on the devlopement of dozens of classical, yet molded forms. The result was efficient production of a quality art pottery.

Among the many varied Fulper forms that are destined to become prized members of fine collections are those with deep, rich glazes. Unlike other potteries, which worked in numerous shapes but utilized only one or two particular types of glazes, the size and form of Fulper pottery is of less importance than the quality of their glazes. Dull, lifeless glazes can be found and should be recognized as such. Strong, well-distributed crystalline glazes, along with deep Mirror and rich Flambe, are among the most highly sought of the firm’s many glazes.

One of the rarest of the Fulper glazes was the famous Famille Rose, which William Fulper may have first developed as an exhibition rather than a production glaze. “Fulper considered this the rediscovery of the ancient Chinese secret, and hence the glaze was applied to classical Chinese shapes.” The various red hues were time-consuming to duplicate, as reflected in both their rarity today and their original cost. At a time when an average worker was earning $10 a week, a fine example of Fulper’s Famille Rose could cost as much as $100.

If you’re interested in seeing more on Fulper Pottery and its many glazes, look no further than the National Arts & Crafts Conference & Shows at the Omni Grove Park Inn, where throughout the conference, there will be a display dedicated to the works of Fulper Pottery located in the Grove Park Inn’s Great Hall. The display will be sponsored by the American Art Pottery Association and curated by Jon Kornacki. The display will include Fulper’s broad range of glazes, including examples of their mirrored, matte, crystal, and flambé glazes in a wide variety of colors. A few examples with Fulper’s famous (and rare) Famille Rose glaze will also be included.

The National Arts & Crafts Conference & Shows runs from February 21st through the 23rd at the Omni Grove Park Inn in Asheville, N.C. The great hall displays are located in the “Great Hall” – or front lobby – of the Grove Park Inn and are completely free for the general public to see. General admission to the exhibitor shows for the general public are $10.00 and conference events passes (admission to seminars, small group discussions, tours, etc) are $160.00 and can be ordered online at the conference website www.arts-craftsconference.com OR over-the-phone through the office of the National Arts and Crafts Conference at 828-628-1915.