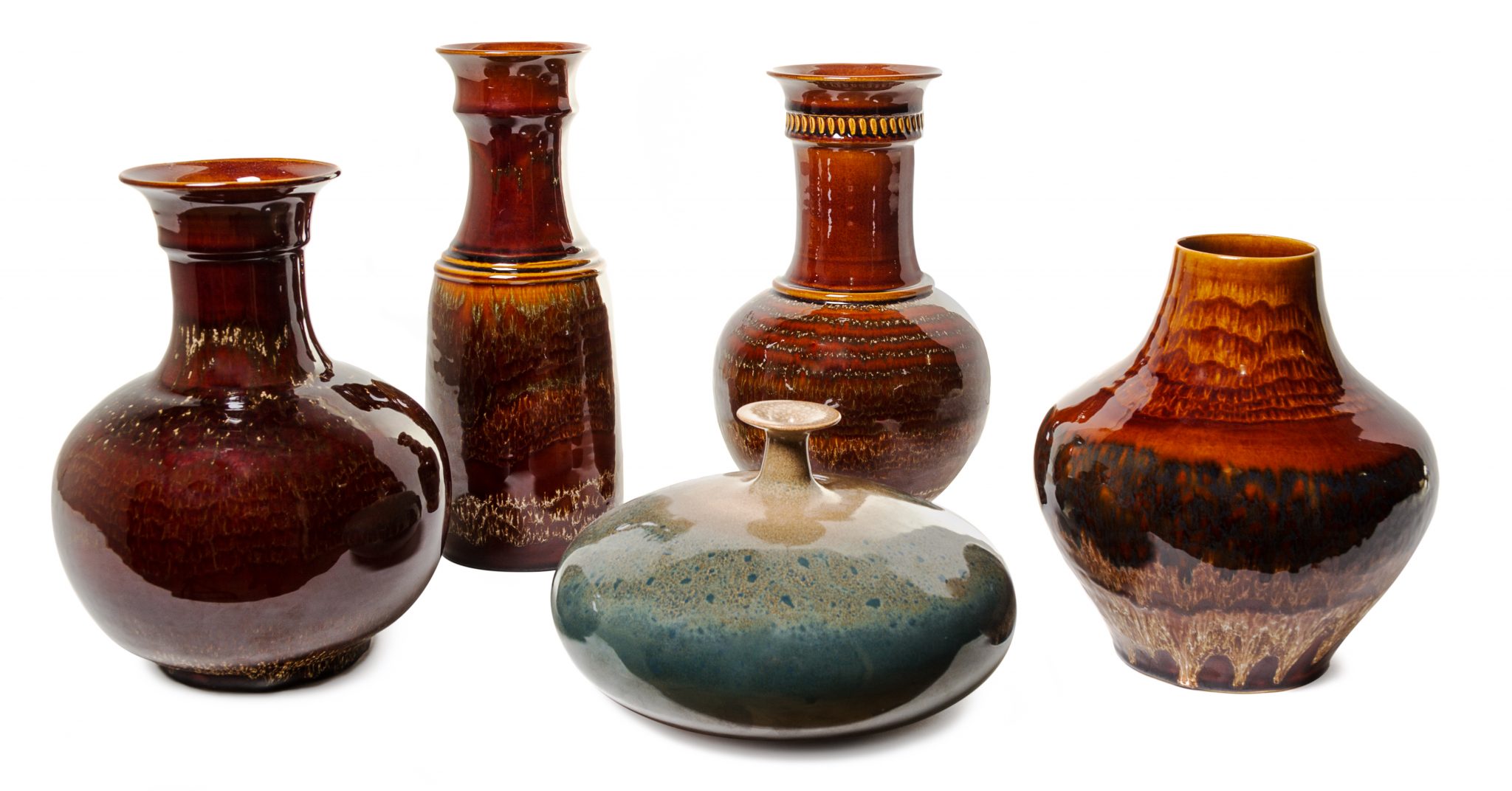 When Haeger Potteries and Pottery Museum closed their doors in the summer of 2016, lifelong customers, pottery collectors and Chicago history buffs rushed to buy one last time from the 145-year-old institution. On February 24 the public will have a final opportunity to buy from Haeger Potteries and the Pottery Museum collection, and access archived treasures unavailable until now from the closed factory and store. The online only sale, #506, will be conducted by Leslie Hindman Auctioneers (www.LeslieHindman.com) starting at 10:00am on Friday, February 24.

Haeger Pottery was founded in 1871 by David H. Haeger as the Dundee Brick Company, establishing strong roots in Chicago after manufacturing bricks that would help rebuild the city after the Chicago Fire. In the 1900s leadership of the growing company was passed to David Haeger’s son, Edmund, who propelled the company forward by manufacturing glaze and formalizing a pottery company. Edmund Haeger put the art of pottery making on display at the 1934 Chicago World’s Fair, which secured national and international attention for the company.

The artists working at Haeger pottery have a history equally rich. Royal Hickman, of Royal Haeger, joined the business as its chief designer in 1938. With a fluid Art Deco style, Royal Haeger expanded into accessories including the production of lamps. One example of a lamp style produce during this era is the Parrot Lamp base, which will be offered in the auction with a presale estimate of $100 – $200. First placed into production in 1941, Royal Haeger is perhaps best known for its black panther figure. Several will be offered with estimates of $150 – $250 and $200 – $400 (pictured).

During a similar period Joseph F. Estes also hired Sebastiano Maglio after witnessing a display of the artist’s techniques at an exhibition in Chicago. Maglio was both a craftsman and a showman, mentoring young potters until retirement. Examples of Maglio works to be offered include a collection of five vases ($200 – $400), a marbleized potter Vase ($100 – $200) and the monumental Haeger Pottery vase ($6,000 – $8,000), which previously held the record for the world’s largest vase.

Eric Olsen was later chief designer for over 25 years, from 1947 – 1972. Olsen contributed to the Royal Haeger line of pottery and was famed for his creation of a dramatic bull figure, originally produced in 1955. One such example will be offered with a presale estimate of $150 – $250.

Haeger Potteries is rich in history, both as a local manufacturer in Chicago and as a longstanding workshop for ceramic artists. The closing of Haeger was felt in both communities, and Leslie Hindman Auctioneers is pleased to be offering property from the Haeger legacy one last time. The preview will open in Chicago on Tuesday, February 21 and run through the day of the auction on Friday, February 24. Leslie Hindman Auctioneers’ saleroom is located at 1338 West Lake Street in Chicago. 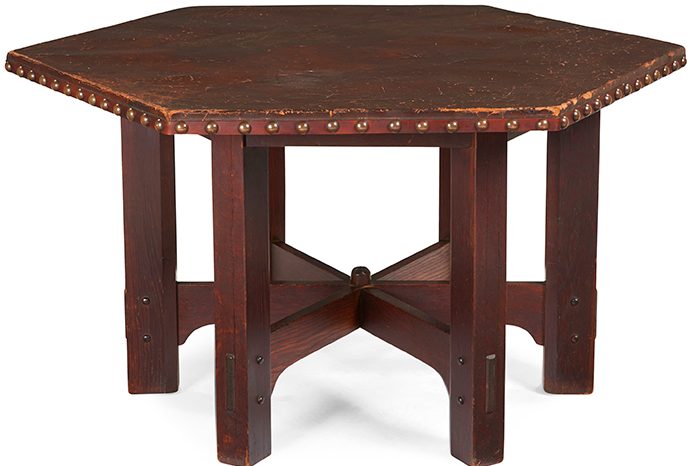