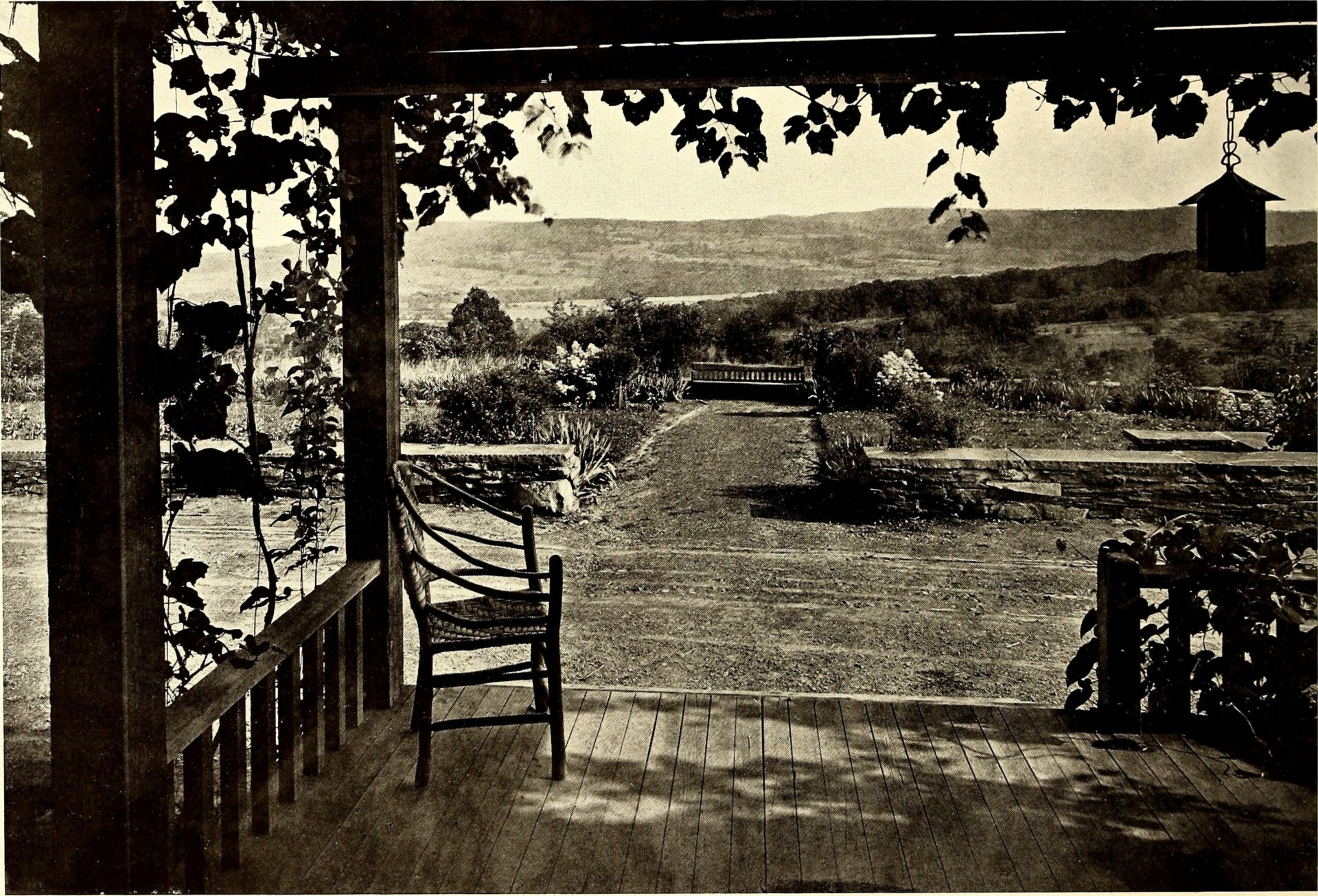 The Byrdcliffe Art Colony in Woodstock, New York was founded in 1902 by wealthy Englishman Ralph Radcliffe Whitehead and Jane Byrd McCall. Named after the middle names of the husband and wife co-founders, the 1500-acre colony was founded to provide a natural and healthy environment and was considered to be a perfect example of an Arts and Crafts utopian community.

Influenced by fellow Oxford resident and travel partner John Ruskin, Whitehead had a vision of a “brotherhood of artists.” After coming to America and marrying Jane, the daughter of a prominent family in Philadelphia, their mutual interest of a community of craftsmen and artists came to fruition after deciding on the beauty of the Catskills for a workshop location. Housing art classes, a shop for metalworking, a pottery studio, guest houses, and other studios, the earliest artists in the colony created works concentrating on the processes of handcraftsmanship and artistry from the Byrdcliffe Studio and Library, the heart of the colony and The Bottega, the Byrdcliffe furniture shop. 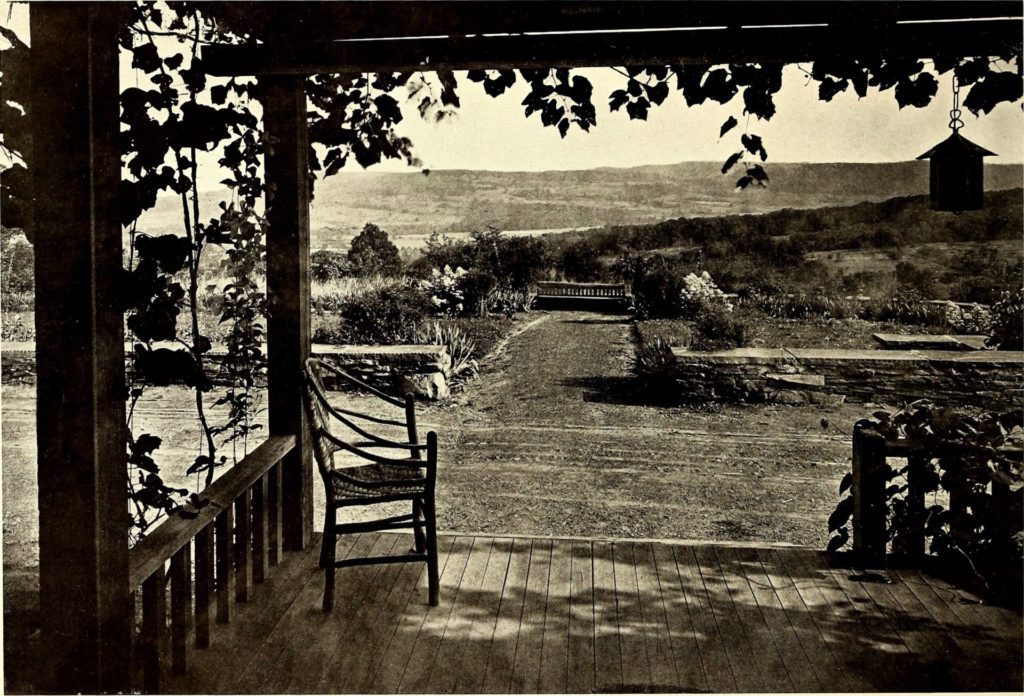 A view of Byrdcliffe. This image appeared in a 1905 issue of the publication American Homes and Gardens. Image courtesy of Wikimedia Commons. 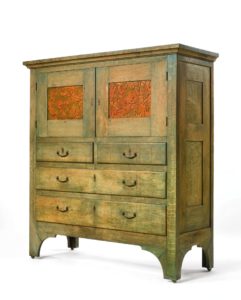 Initially, artists on the colony decided to sell their furniture. The wooden works were made of quartersawn oak or poplar and decorated with natural designs, inspired by local plants. The Bottega used a number of craftsmen, including carpenters, woodcarvers, painters, and operators of gas-powered engines used for roughing out furniture. Despite their use of machinery, the furniture was largely handmade, constructed with mortise, tenon, and dovetail joinery. Only fifty pieces were produced and not all of them were sold. Due to the lack of interest in their furniture, the artisans of the colony turned to handmade pottery, textiles, and jewelry. It was only until much later that auction bidders paid a higher price for Byrdcliffe furniture as collector’s items.

Byrdcliffe attracted its share of notable artists on its grounds, however the small population of artists who lived there year round proved to be part of the attraction and became part of its history, as stories of the eccentric citizens are featured on modern tours of the grounds. One notable citizen of Byrdcliffe was Marie Little, the head of the weaving department at Byrdcliffe. Trained at the Pratt Institute, she created bags, rugs, hangings, cushions and other textile works on her old style carpet looms and created bright dyes from local berries and treebark. Her small cottage was dubbed “The Looms.” Little also taught furniture design in addition to weaving to students, including co-founders Ralph and Jane. Little lived in the colony and taught Arts and Crafts until 1910, when she moved into nearby Woodstock to spend her remaining years.

In 1938, Byrdcliffe attained non-profit status and has been operating as one since. Byrdcliffe was given in 1976 to the Woodstock Guild of Craftsmen. Today, the Byrdcliffe Art Colony – now called the Woodstock Byrdcliffe Guild – is home to a fully operational center of the arts on its 250-acre mountainside campus. The guild shows exhibitions, performances, classes, workshops, symposiums, and still retains its artist-in-residence program, where all disciplines in the arts are represented. 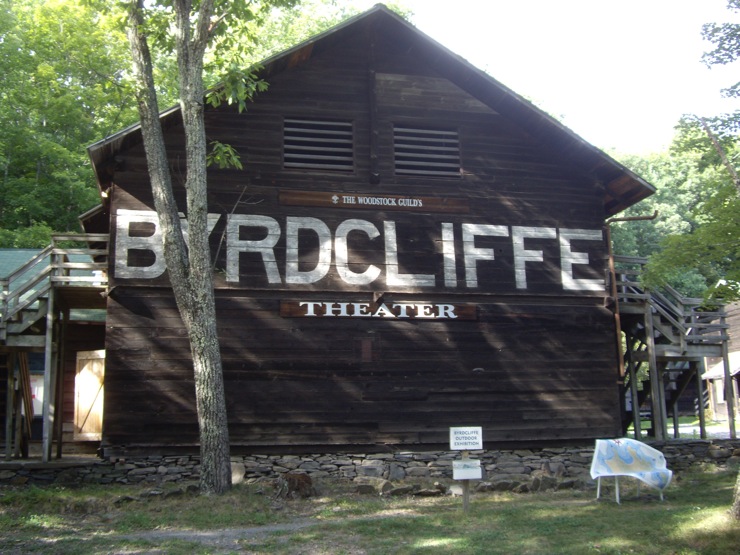 You can see a collection of images of ceramics, furniture and paintings made from the colony and its co-founders by visiting the Hudson Valley Visual Art Collections Consortium or by clicking HERE. 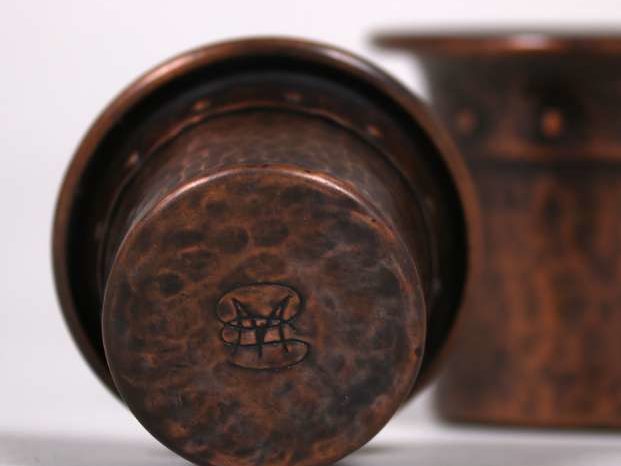