Editor’s note: this article has been re-published. Original date of publication: June 5th, 2017.

The term “Mission oak” originated in California, where, near the turn of the century, parishioners made simple, almost crude chairs and tables for their missions. In an age of cheaply made, mass-produced, late Victorian “Golden Oak” furniture, the romantic notion of heavy, hand-made, honest furniture designed to last several decades found a growing and appreciative audience. An enterprising chair manufacturer called the new style “Mission” and it stuck. 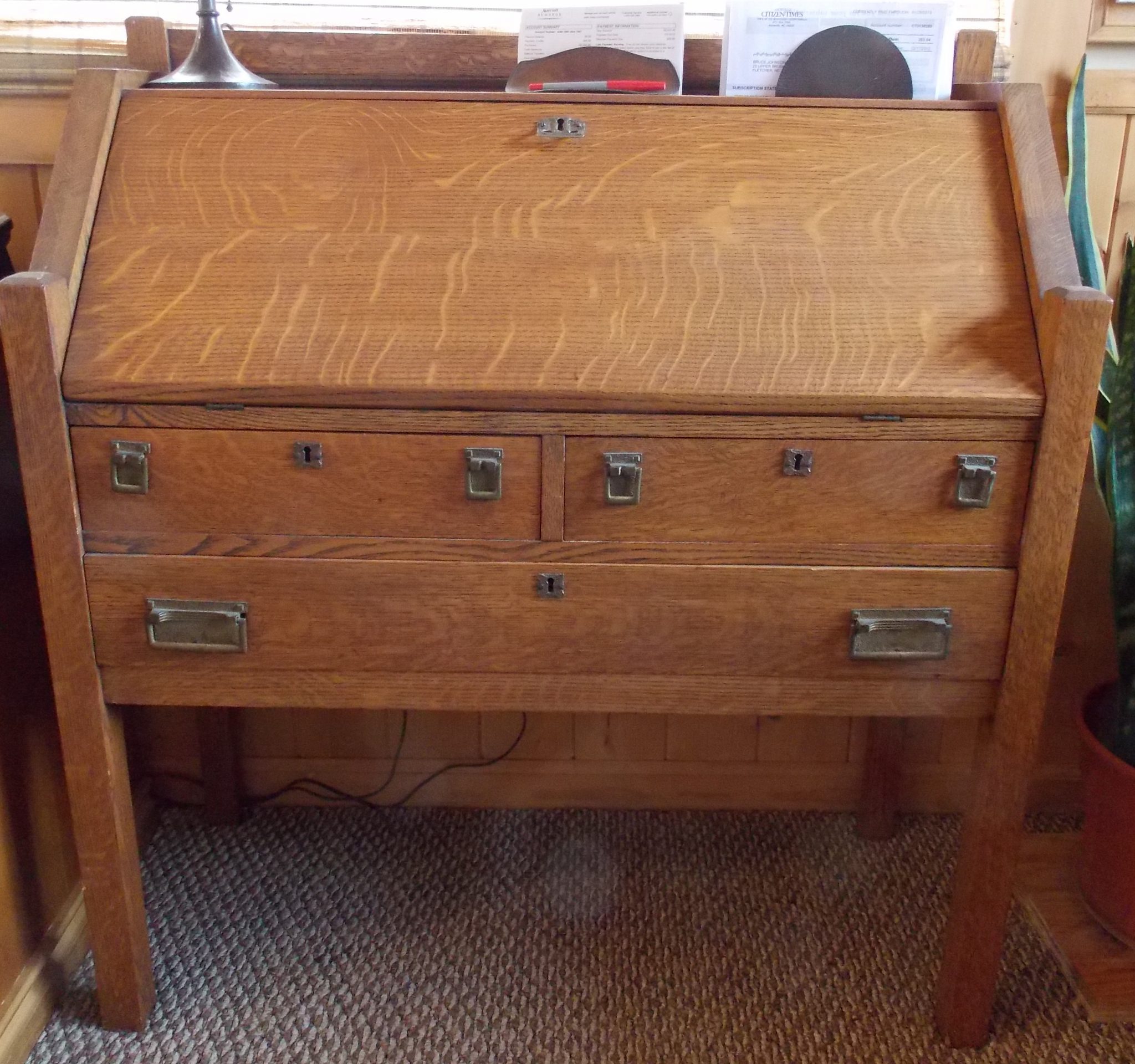 As demand grew, this new style of furniture was adopted by no fewer than three sources: (1.) professional workshops guided by the philosophy of hand-craftsmanship and dedicated to producing quality furniture (ex: Gustav Stickley); (2.) existing furniture manufacturers who then added a new line to their factory production, often paying little heed to the philosophy behind the movement (ex. Berkey & Gay Furniture Co.); and (3.) amateur woodworkers and manual arts schools who were drawn to the ease in which designs could be duplicated (ex: Minneapolis Handicraft Guild).

As a result, the range in quality of design, materials, construction and finish is tremendous. Just as major Arts and Crafts designers occasionally produced an awkward piece of furniture, sometimes a furniture factory or amateur woodworker could produce an astonishing example. 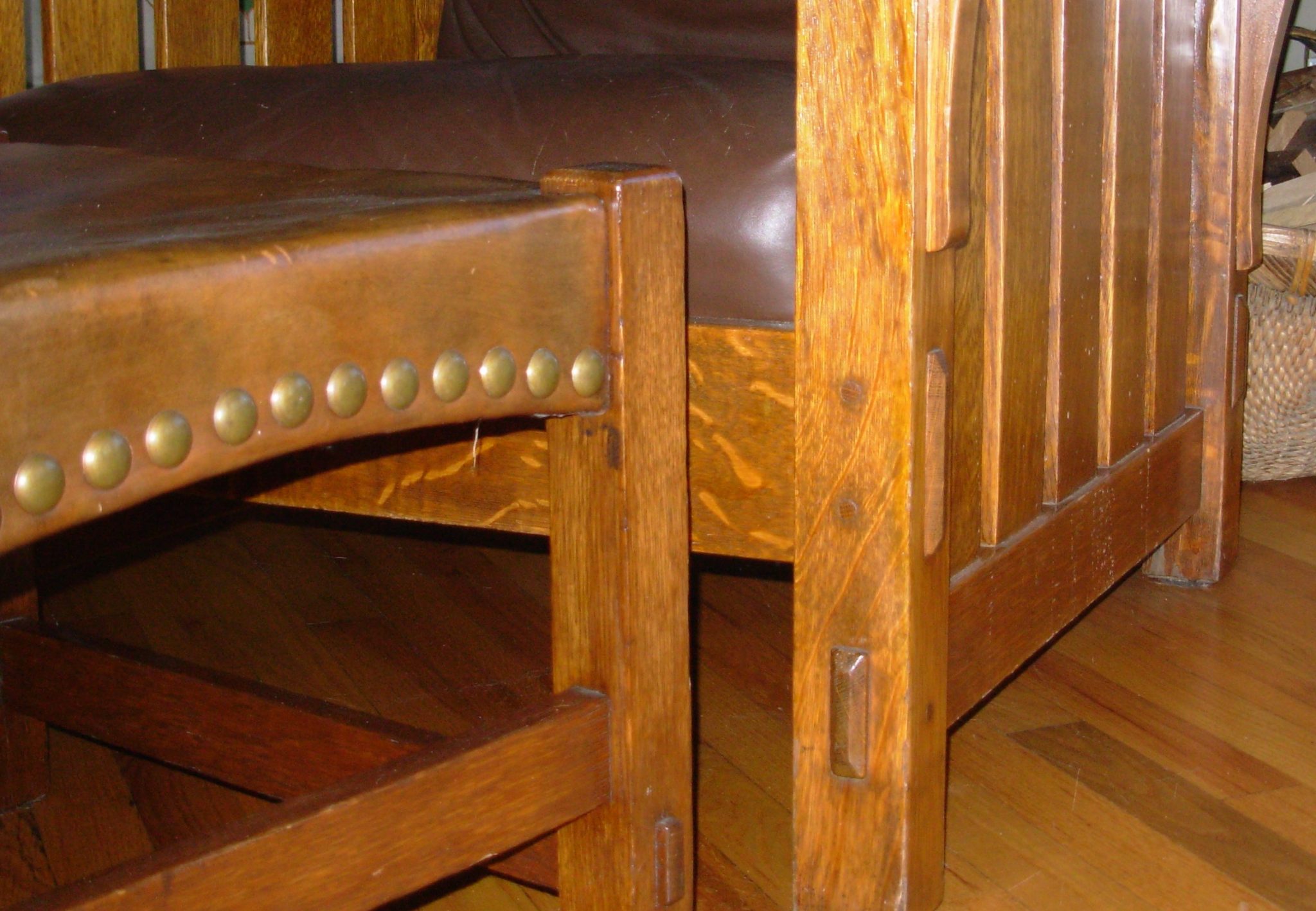 In the beginning, “Mission oak” included the entire range of plain, brown furniture. Later, as the style developed in the hands of such designers as Frank Lloyd Wright, Gustav Stickley and LaMont Warner, it became a more sophisticated, more comfortable and more pleasing line of well-constructed furniture. The term “Arts and Crafts” was gradually adopted to distinguish this better line of furniture from the more common, inexpensive, poorly-constructed “Mission oak.” 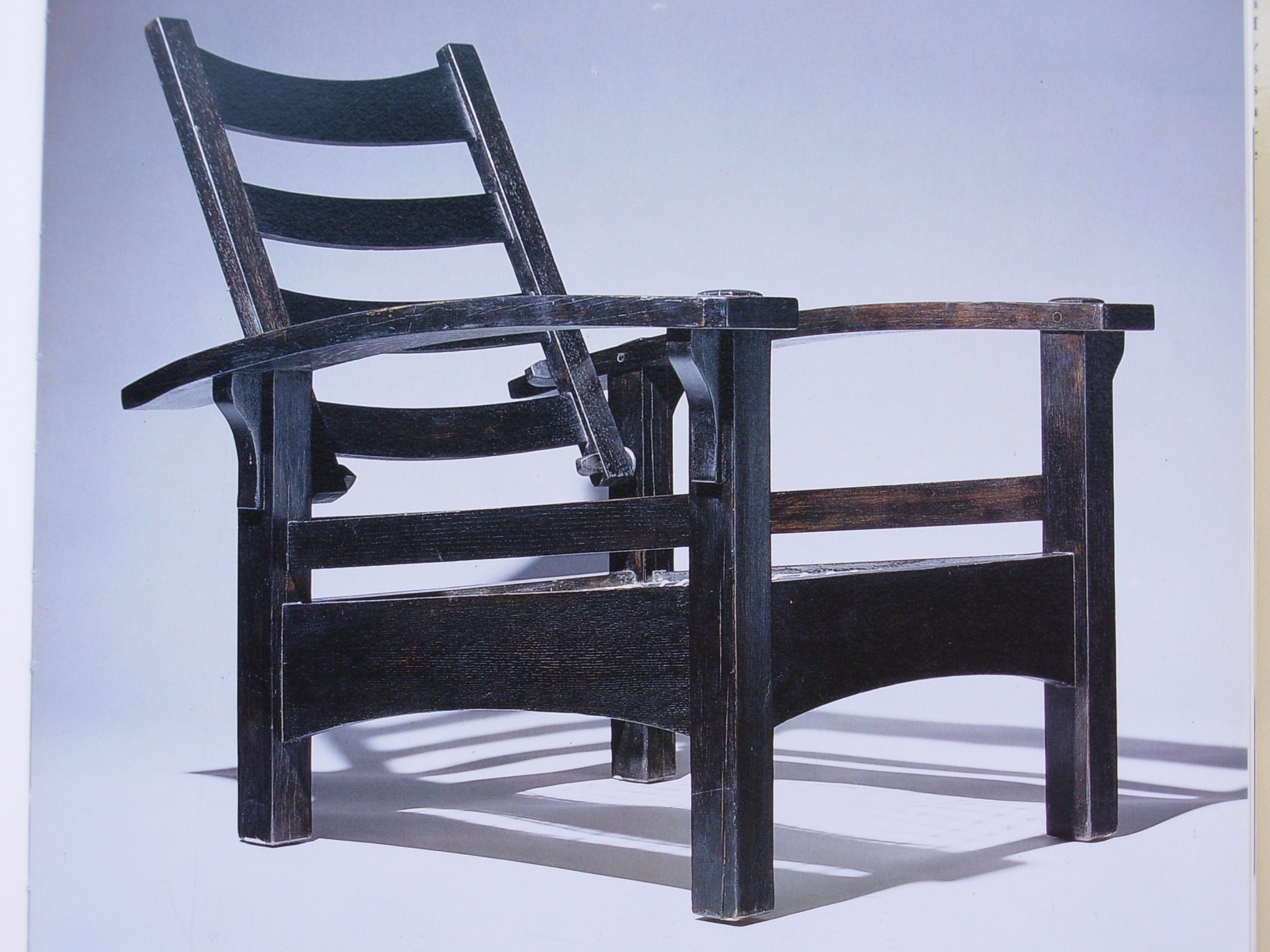 Today, while a few general antiques dealers still refer to all Arts and Crafts furniture as “Mission oak,” collectors recognize the the best of this era deserves the title of “Arts and Crafts.”

“I have done the best I could with this living room chair,” Frank Lloyd Wright once remarked, “but, of course, you have to call for somebody to help you move it. All my life my legs have been banged up somewhere by the chairs I have designed.” 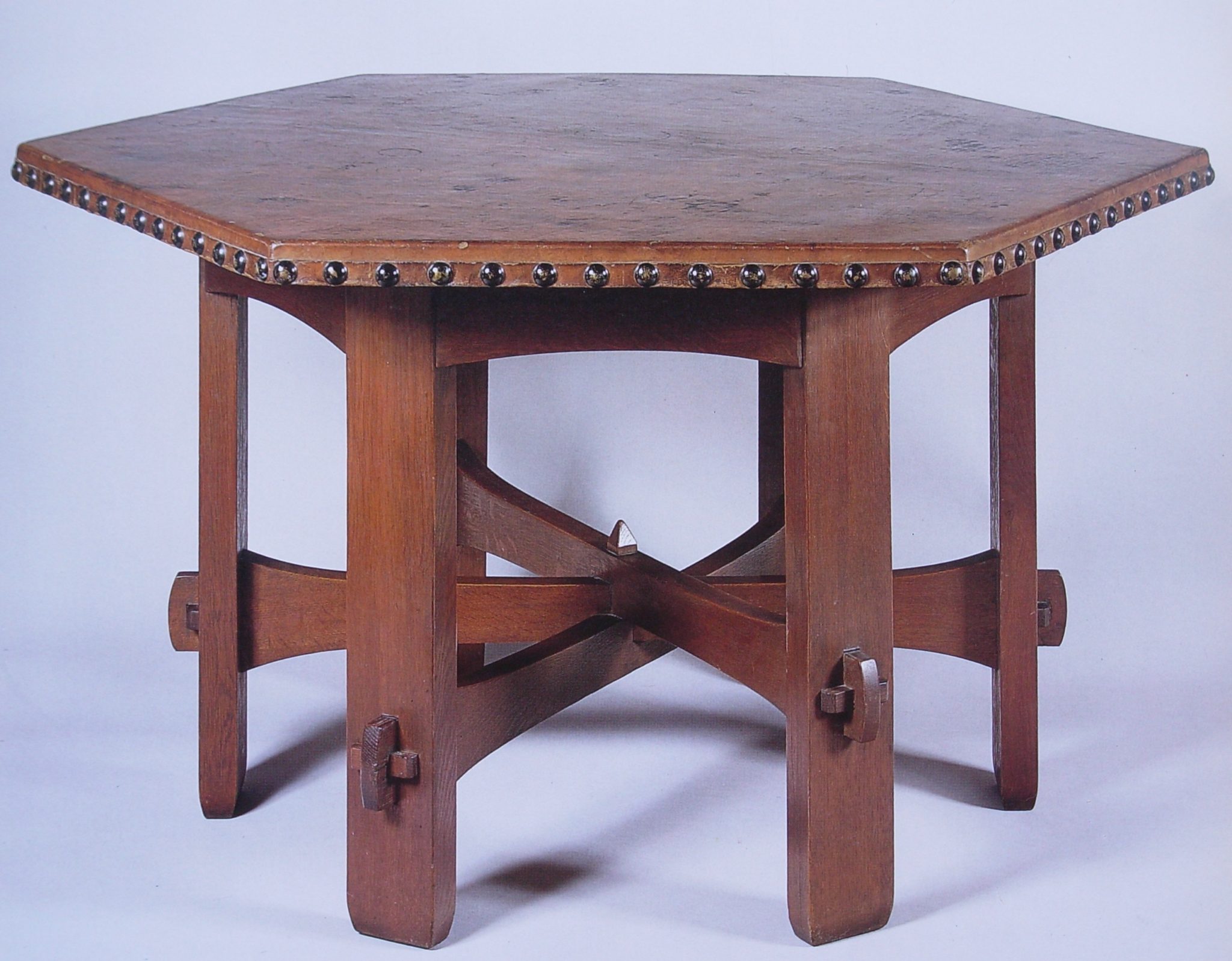 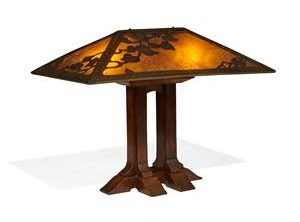