This article has been republished. Date of original publication: December 15th, 2014.

From the desk of Dave Stubblefield and Vivian Yess Wadlin

As the Cardiff Giant* laid “in state” at the New York Building of the Pan American Exposition, another death was taking place in the less controversial world of furniture design. It was 1901, Buffalo, NY.

The Victorian design aesthetic was fussy, crowded, frequently beyond useless, and had lasted much too long. That was the opinion of the Arts and Crafts enthusiasts from all corners of the globe and especially of the new furniture designers— makers and promoters of simpler functional objects made mostly by the skilled hands of true artisans.

The Pan Am Expo was the premiere show-off event at the turn of the last century. Nations, states and companies took the opportunity to show the world what made them unique and to offer it to consumers eager for the promise of the next century. Consumers shared the belief that the steady trajectory of society was to be progress in solving the world’s problems and fulfilling its desires. If they took note of the dark side of the world that reared its ugly head in the assassination of President McKinley at the Exposition, it did not seem to auger a larger danger. Like the Cardiff Giant, that perceived reality would prove to be less than was advertised. The barbarism of World War I was just thirteen short years away.

In 1901 however, there was undeniable change taking place in the world of those acquiring affluence. The concept of “style leaders” was morphing down to the households of white collar workers and entrepreneurs whose growing wealth and station demanded something new in their personal adornment and their surroundings. Their increased ability to go abroad or to have the money and leisure to read periodicals, brought European ideas and styles to America’s shores—the Expo was an important vector in spreading the new “Americanized Arts and Crafts” aesthetic of the “Mission” style, and the work of the man who named it.

The New York Building at the Pan American Exposition was the showcase of the Joseph P. McHugh Company. Their simpler furniture, sold mostly through “The Popular Shop” in New York City, was designed and manufactured by Joseph McHugh and Walter J. H.Dudley , who had joined McHugh in 1896.

Among the early designers who abandoned the Victorian style in America, Joseph P. McHugh is often unknown even among Arts and Crafts aficionados. McHugh and his American counterparts did not dwell on the philosophical aspects of the Arts and Crafts movement to the extent designers did on the Continent and in England. It is probably one reason the Americans produced goods that were less expensive (they used mass-production more freely), and allowed manufacturers to quickly accommodate changing consumer demands.

Those demands changed rapidly. In the fifteen years between the Pan American Expo and McHugh’s death in 1916, he had already introduced his new willow-style furniture. Advertisements of the era in such bastions of taste as the New York Times, show he was heavily promoting willow over his previously successful mission-style.

There is little doubt that, had he lived, McHugh would have moved even further away from his mission roots and found new avenues for his energies and talents. Unlike most other Arts and Crafts design leaders, McHugh had ready access to the changing tastes of the American middle class buyer—His “Popular Shop” had become an interior design emporium where daily contact with the customer foreshadowed or created new aesthetic demands. McHugh’s advantageous “finger on the pulse” of design-direction gave him something denied most other mission-style furniture makers who, as primarily designers and manufacturers, were unable to read the fickle market to whom they wished to sell. McHugh’s Popluar Shop, located across the street from the New York Public Library, was the Martha Stewart of taste in the late 1890s and early 1900s.

During his life, McHugh attempted to establish himself as the one who named and popularized the term, “Mission Furniture.” He believed he had not been properly recorded as the “father” of that style and he certainly has not been widely recognized for his many mission designs and the large number of mission pieces his store actually sold. However, the year before McHugh’s death, department store mogul John Wanamaker published a letter apologizing to McHugh for previously stating the Mission style was developed by rival furniture designer, Gustav Stickley. Wanamaker sold McHugh magazine tables (sometimes identified as encyclopedia stands) in his stores. (See image #1).

*The Cardiff Giant was 10′ tall stone man carved and presented as an ancient petrified man, but established as a hoax in 1870. Today the Giant resides at the Farmers’ Museum in Cooperstown, NY.

Much of the information for this article is from Anna Tobin D’Ambrosio, Museum of Art, Munson-Williams-Proctor Institute in Utica, NY 1993 exhibit and its catalogue, The Distinction of Being Different. The authors thank Ms. D’Amborsio for bringing to light an important designer who has been too long neglected.

Image 1: Magazine/Encyclopedia stand is a Stubblefield reproduction of one of Vivian Wadlin’s two original McHugh stands. McHugh’s signature “X” appears as the back brace of the piece. (Photo by Steffen Thalemann)

Image 2: (not referred to in the text) Tall McHugh Stand, this original McHugh is from the collection of Vivian Wadlin. Here, the McHugh “X” is applied to the sides and not part of the structural integrity of the piece. (Photo by Steffen Thalemann)

Dave Stubblefield lives in South Carolina where he makes McHugh-style furniture that includes a variety of large and small pieces, some made to order. Vivian Wadlin lives in upstate New York where she writes on history and natural history, and publishes an area guide. She also raises experimental American chestnut trees in the hope that someday furniture will again be made of that beautiful wood. Stubblefield and Wadlin are researching and writing a book about McHugh and the era in which he lived.

Want to learn more about the 1901 Pan American Exposition and the 1901 fair that was rocked with spectacle and controversy? Check out our book club selections for the 32nd National Arts & Crafts Conference at the Grove Park Inn, especially The Electrifying Fall of Rainbow City: Spectacle and Assassination at the 1901 World’s Fair by Margaret Creighton, a collection of stories about the scandalous mayhem of the 1901 World’s Fair in Buffalo, New York.

We’ll have a small group discussion during Conference weekend at the Grove Park Inn – read the book and come join us! 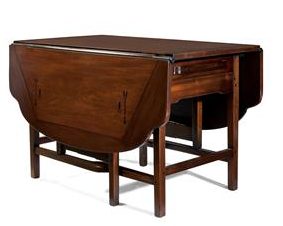