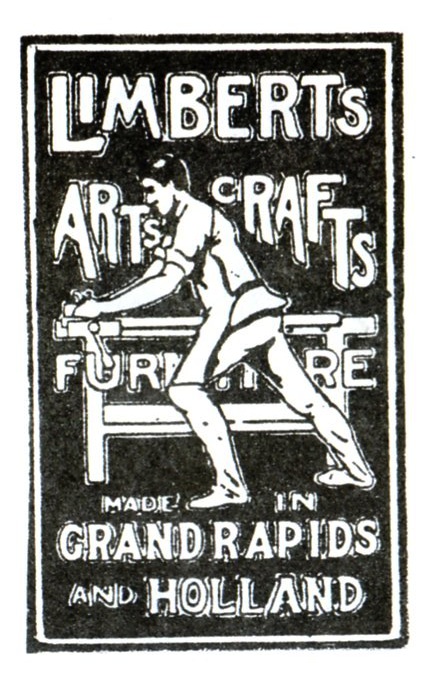 From the Desk of David Van Epps

As 1915 approached, it became quite apparent that the public’s love affair with Arts and Crafts furniture was waning rapidly. No longer were Gustav Stickley and his brothers, and Charles Limbert, and a host of others who copied their work able to realize the significant profits that had characterized the first decade of the century. Something must be done, and done quickly if this simple, straightforward, honestly built furniture, whose beauty was to be found in its exposed joinery rather than the elaborate and gaudy applied ornamentation of the previous Victorian period, was to survive.

Charles Limbert had already incorporated in his popular line a number of features adapted from the work he had seen in his earlier travels in Europe. The cut-outs, tapered sides and subtle curves were distinct features of Limbert’s popular furniture and were to be retained, but something new must be added. The publication of the No. 19 Supplement to Catalogue No. 18 included the new features designed to enhance “the value and salesability of our line.” Chief among the new features was the introduction of “black inlaid designs” in the quartersawed white oak which Limbert dubbed Ebon-Oak.

The inspiration for Ebon-Oak came from the Netherlands, Belgium and Germany and consisted of simple lines and squares added to pieces often already in the line. For example, the footstool, No. 228, shown in Catalog No. 10 (p. 171) without decoration was issued again as an Ebon-Oak piece with the black inlays. If you are wondering why Mr. Limbert consistently refers to “black inlays” rather than ebony inlays in his detailed catalogue description of the line, the answer lies in the fact that the inlays are not ebony at all. Close examination reveals they are probably ebonized black walnut, as evidenced by the color and grain pattern in pieces that have been refinished over the years. Such a revelation is interesting, but ought not discourage any would be collector, as that fact does not render the pieces any less attractive or less valuable.

As it turns out, the introduction of Ebon-Oak did not spark renewed interest in Charles Limbert’s furniture as sales did not materially increase. By 1918, the new line would be discontinued. In a few years the lack of public interest would prompt the Limbert factory to move away from Arts and Crafts altogether and switch to other styles in order to stay in business. By 1920, most of the companies manufacturing Arts and Crafts furniture would follow suit, or go bankrupt or out of business.

With the current revival of interest in Arts and Crafts — now for more than twice the years of the original rage — collecting Mr. Limbert’s furniture is again a definitely worthwhile enterprise. I assume the number of Ebon-Oak pieces is limited as a have not found very many of them around, but if you keep your eyes peeled, you may eventually be successful. Good luck and happy hunting! 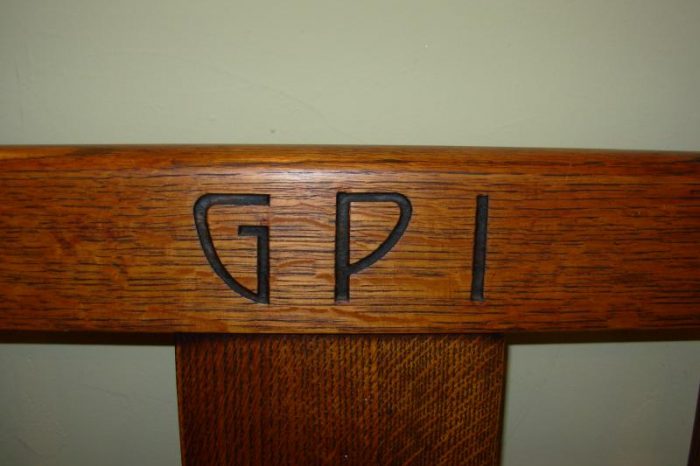