The Saga of Dedham Pottery

The Saga of Dedham Pottery

This article has been re-published. Original publication date: October 23rd, 2017.

The saga of Dedham Pottery began across the Mystic River from Boston in Chelsea, Massachusetts, which was the original home of the Robertson family of potters. Scottish-born James Robertson (1810-1880) was the father of three potters:  Alexander, Hugh and George. After several unsuccessful attempts to form a financially successful pottery, in 1884 it fell to Hugh Robertson to build upon his late-father’s experiments with a variety of glazes. In 1889, one month after perfecting the elusive red “Robertson’s Blood” glaze, Hugh also went out of business. 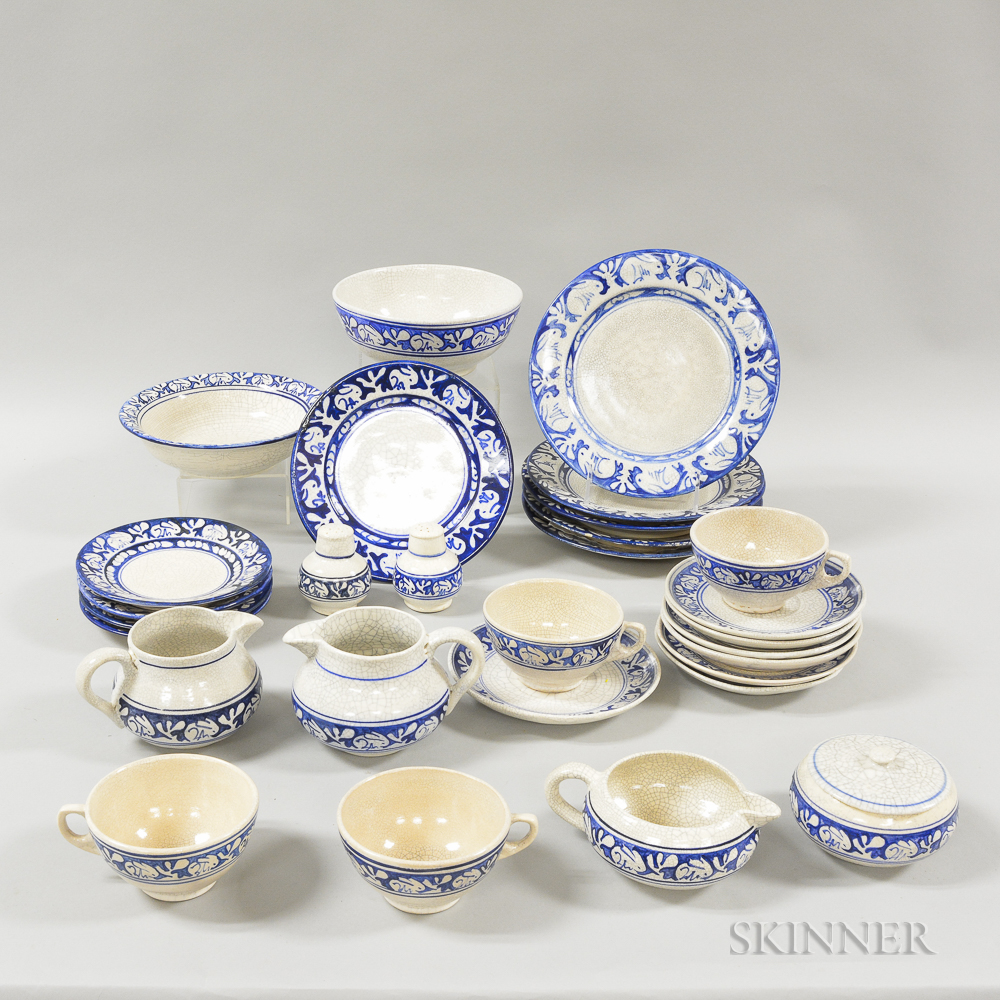 In 1896, with the support of a group of Boston investors, Hugh Robertson opened a new pottery in nearby Dedham. While Robertson continued his glaze experiments (shown below), his designers and employees produced an extensive—and popular — line of crackleware dinnerware and serving pieces bearing the Dedham Pottery trademark of a crouching rabbit. Unfortunately, Hugh Robertson died in 1908 from lead poisoning directly attributable to his glaze experiments. His son William continued in his place, and the pottery remained in business until 1943. 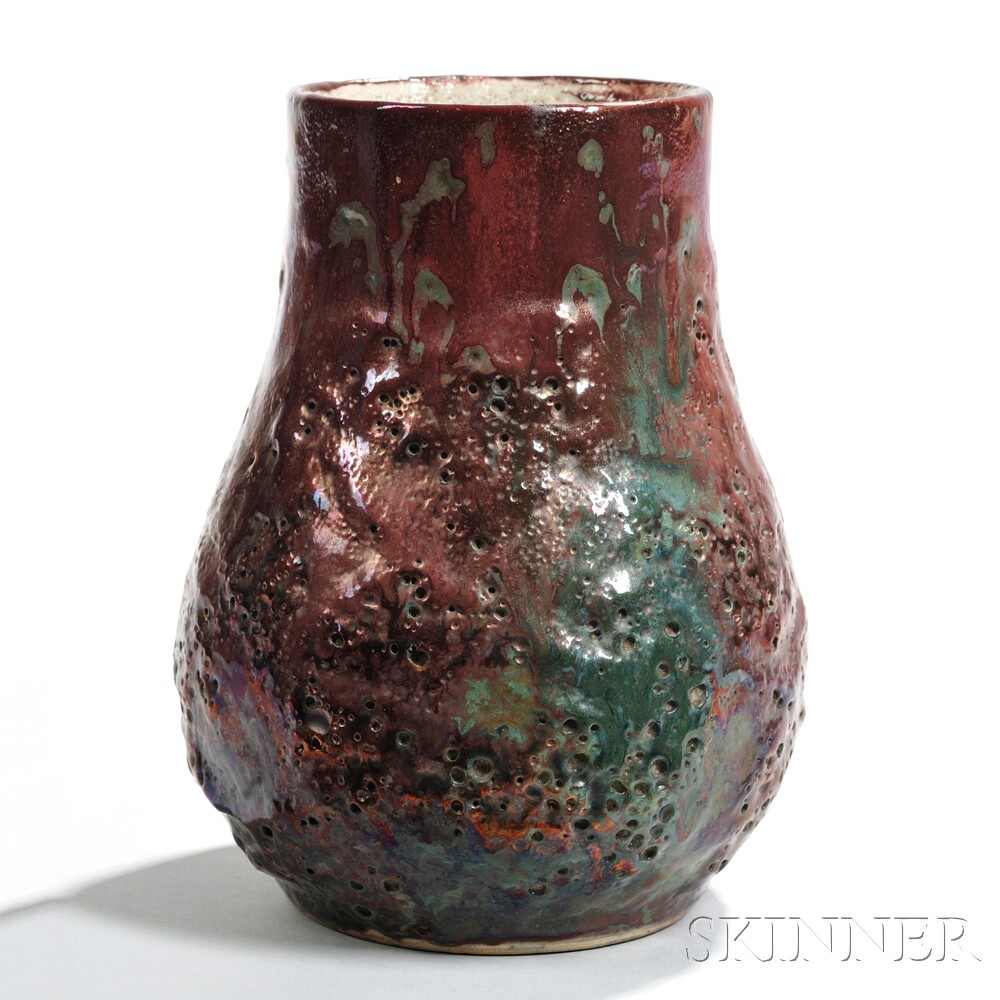 We asked Jane Prentiss, director of Skinner’s 20th Century Design Department, to give us her assessment of the current market for Dedham pottery:

“As New England’s leading auction house for antiques and decorative arts, Skinner has had the pleasure of offering its fair share of objects from the area’s leading early 20th century potters, including Hugh Robertson’s Dedham Pottery. Since 2008, Skinner has sold over 350 lots of Dedham, consisting of hundreds of individual pieces of pottery. 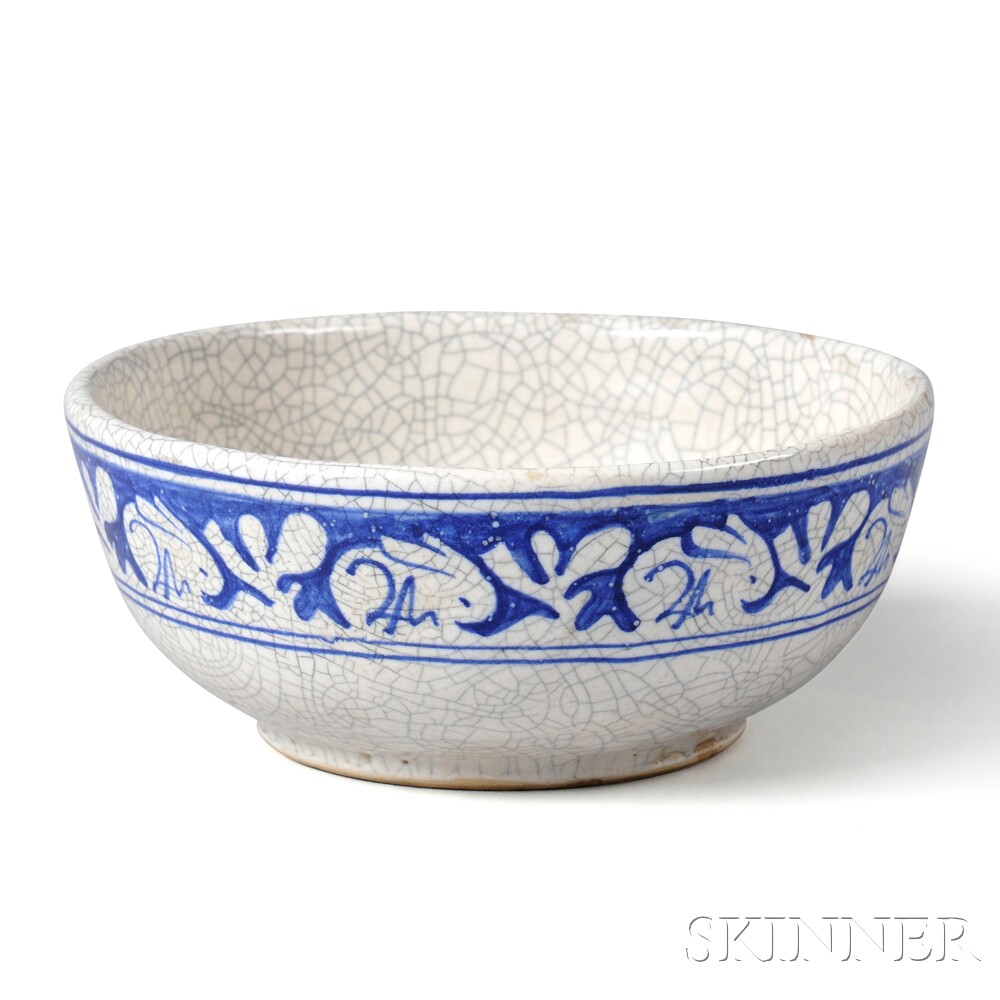 “Dedham’s most common and recognizable design is a repeating crouching rabbit referred to as the ‘Dedham rabbit’ on a white crackled glaze. Other designs of varying rarity featured elephants, dolphins, polar bears, chicks, swans, turtles, ducks, butterflies, lilies, clover, and mushrooms. During its span of production, Dedham Pottery created over fifty patterns for its white and blue crackleware dinnerware and serving pieces.

“Like the works of most Arts and Crafts era pottery makers, prices for Dedham Pottery have not rebounded back to their pre-2008 levels. However, the higher end of the market remains strong. White and blue crackle-glazed dinnerware and serving pieces with rarer patterns, unusual forms and other pieces in experimental forms and glazes produced by Hugh Robertson are fetching respectable prices at auction.

“Dedham remains an attractive maker for collectors. Crackleware alone comes decorated in over 50 patterns in dozens of forms. Collectors can start with “bunny” plates and progress to rarer patterns and even rarer examples of Robertson’s beautiful, groundbreaking experimental glazes.

“As the auction results for these bunny pieces illustrate, the bunny pattern is seeing a decline in value as interest turns to rarer forms and decoration.” 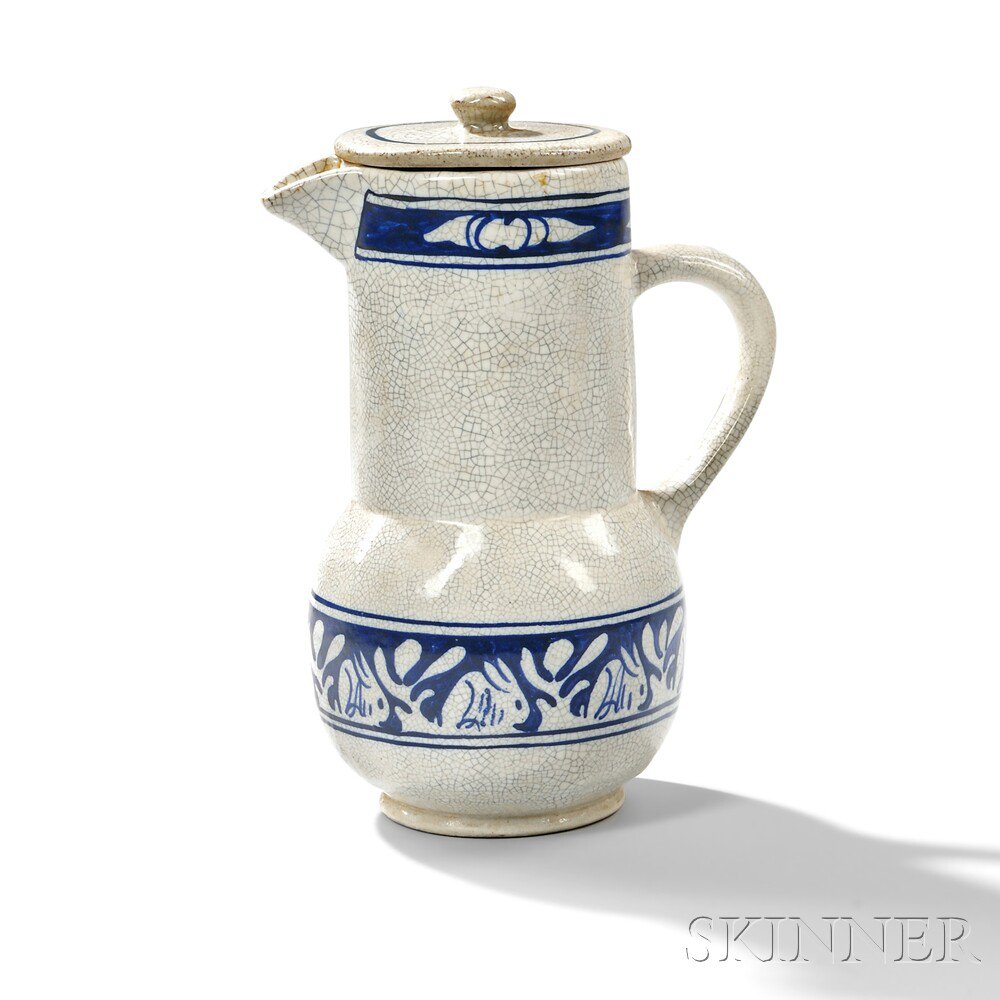 Founded over four decades ago, Skinner offers more than 60 auctions annually. Skinner auctions reach an international audience and showcase the unique, rare, and beautiful in dozens of categories, including the fine and decorative arts, jewelry, modern design, musical instruments, science and technology, wine, and many others.

SECOND DOWN: Dedham Pottery Volcanic Glaze Vase art pottery made in Dedham, MA, c. 1900. Shiny (oxblood) sang de boeuf glaze with a green glaze flambe on one side with a volcanic ground, on a wide-mouth form with bulbous body, inscribed Dedham Pottery and initialed HR [Hugh Robertson] on base, ht. 8 1/2 in. Estimate $1,000-1,500. Sold for $5,535. 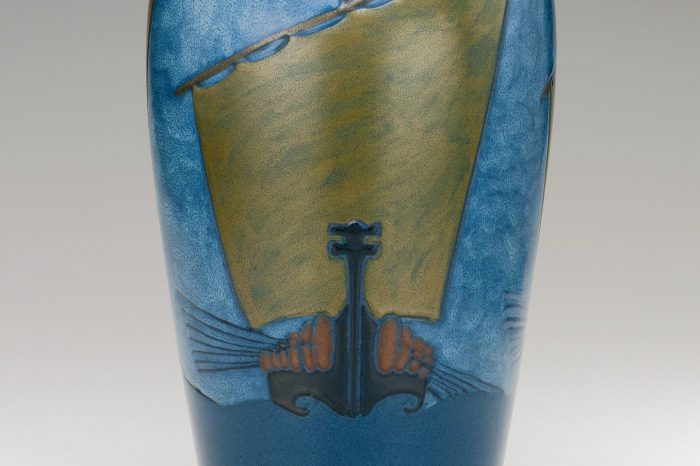