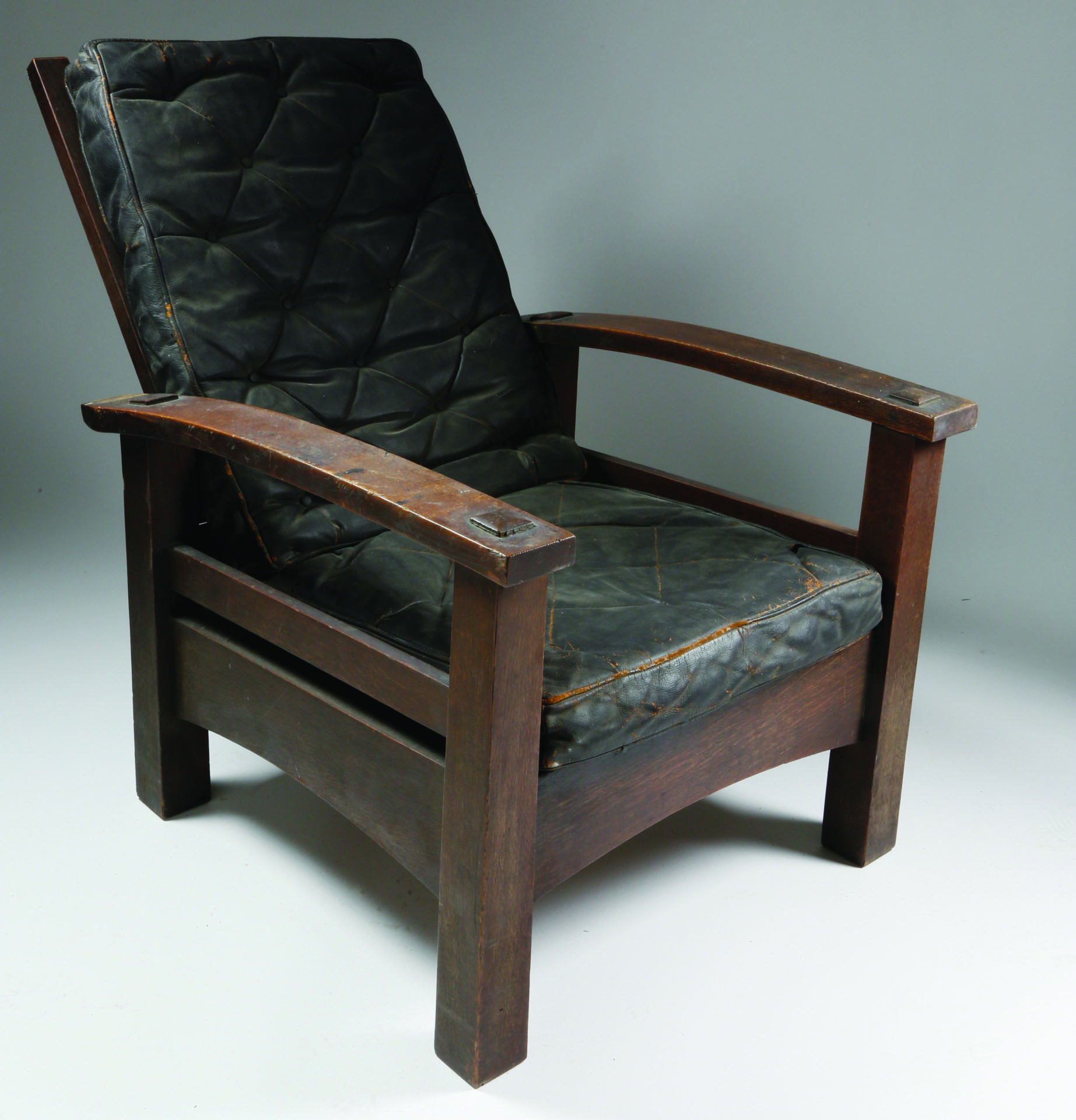 A reverse tapered bow-arm Morris Chair with its original black leather seat pad sold earlier this month at auction for a price of $48,800 – past the $10,000-$15,000 range. (The final price included a buyer’s premium fee.) The chair was sold as part of Rafael Osona Auction’s Annual Americana, Fine Art, Furnishings and Decor Auction held August 8th and 9th – the annual auction took place on Nantucket Island, Massachusetts, where the auction house is located. In addition to telephone and absentee bids accepted, the auction was also held online at liveauctioneers.com, invaluable.com and bidsquare.com. 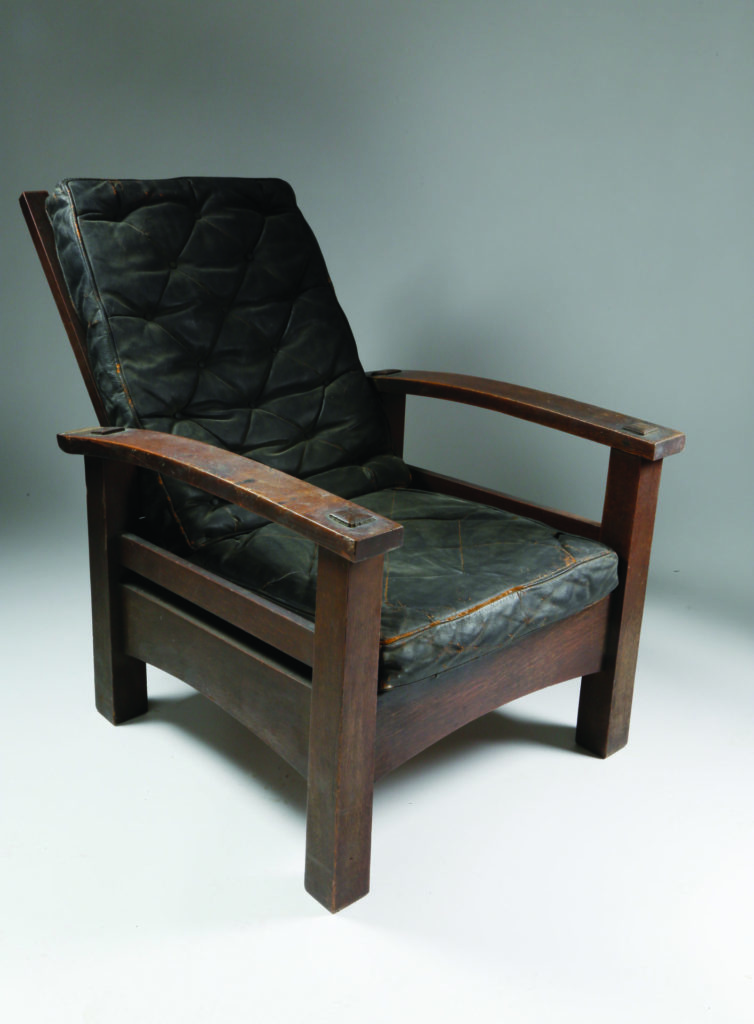 The bow-arm Morris Chair that sold for more than $48,000 at auction. Image courtesy of Rafael Osona Auctions. 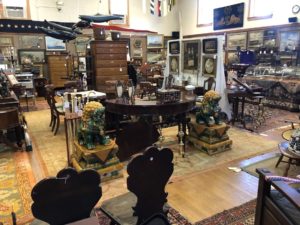 Described as a reverse tapered bow-arm Morris Chair, the chair – created from the famed Craftsman Workshops of Gustav Stickley out of Eastwood, New York – was made of oak and came complete with the original black leather upholstered seat back and cushion. The lot was sold as part of the Estate of Nantucket conservationist and dedicated wildlife advocate Linda Loring and proceeds from the auction went to benefit The Linda Loring Nature Foundation. Rafael Osona of Rafael Osona Auctions said of the chair, “How rare is it to find the original leather cushions to this Stickley chair that has been stored in an attic for decades? The answer is $48,800.”

While the sale of the Morris Chair was among the highlights of the auction, Arts and Crafts items also sold on August 8th were a signed Tiffany Studios Banded Dogwood Table lamp circa 1910 and a set of Tiffany & Co. sterling silver flatware, which sold for $11,430 and $5,185, respectively. (Prices also included a buyer’s premium.)

“It’s a sign in a turbulent economy that when a rare example in pristine condition does surface that collectors recognize its importance and scarcity,” says Bruce Johnson, director of the National Arts and Crafts Conference and co-author of the Official Price Guide to American Arts and Crafts. “It is extremely remarkable that the original leather upholstery would have survived intact and in what appears to be excellent condition for a chair that has survived nearly 120 years of use.”

The dramatic bow arms in this version of the famed Morris Chair, introduced in 1902, are the focal point of the chair, making unnecessary the addition of any slats beneath them. The addition of arched seat aprons, which appeared in 1902, served as evidence that Gustav Stickley recognized their dramatic power even before designer Harvey Ellis came to work for him the following year. Brothers Leopold and John George Stickley designed similar chairs, only their examples incorporated an oak bar spanning the rear of the arms to support the back at different angles. 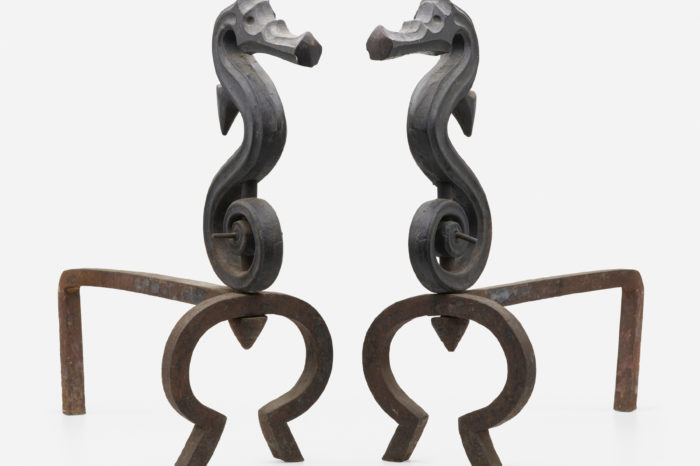