Not Quite A Yellow Brick Road 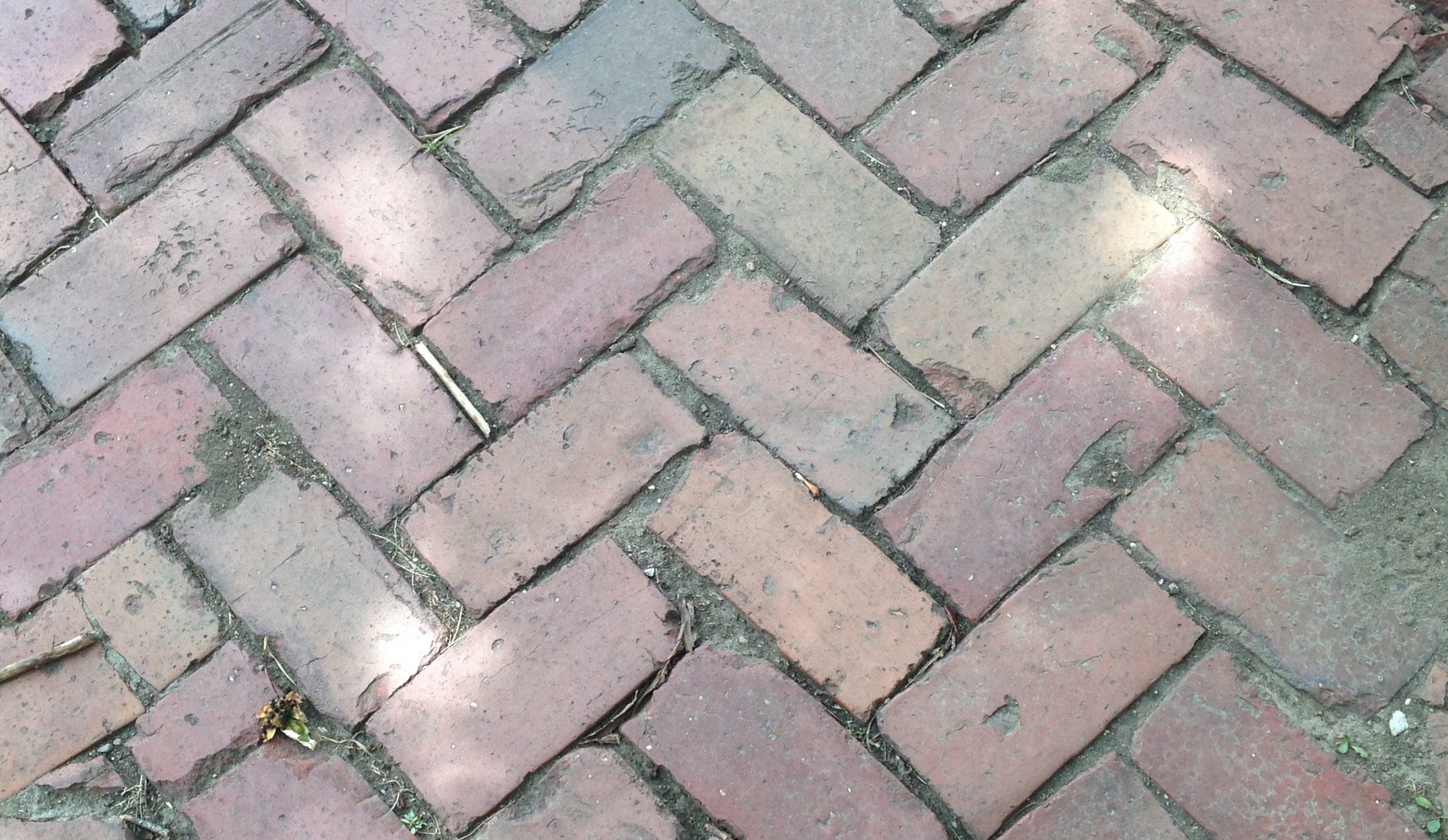 Not Quite A Yellow Brick Road

While spending time recently at Cottage Hospital in Galesburg, Illinois (population 32,000), I took some long walks around the town’s oldest residential neighborhood. In an ironic reversal, in 1836 the town of Galesburg actually evolved out of and around Knox College, a private four-year college founded on a 17-acre site on the Illinois prairie. Galesburg’s liberal forefathers supported the anti-slavery league, became part of the underground railroad, and in 1858 hosted one of the Lincoln-Douglas presidential debates. 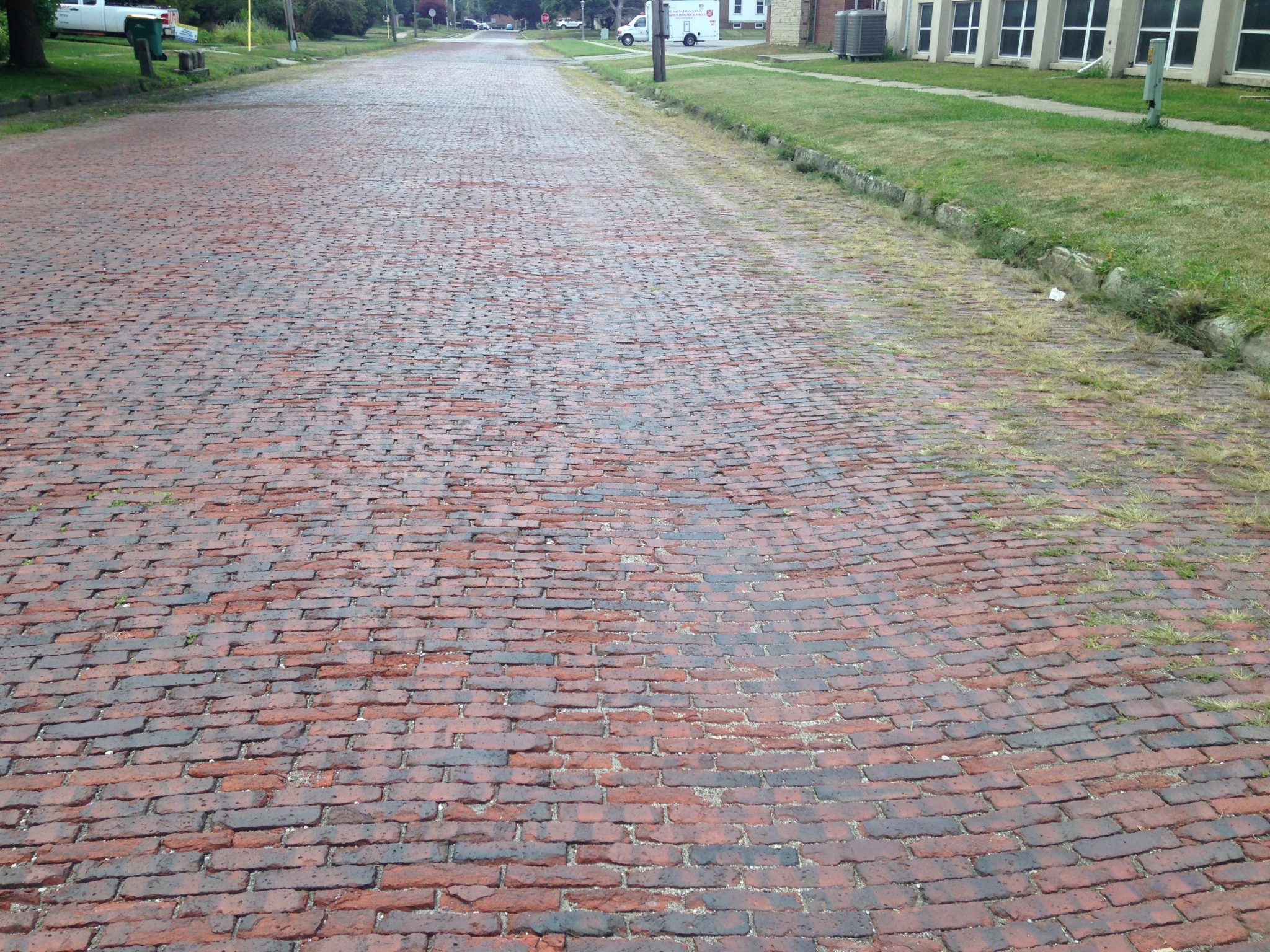 While not mentioned in many histories, the town had a thriving brick industry, producing enough bricks to pave many of the town’s earliest sidewalks and streets, some of which still remain in use. Since we Arts and Crafts enthusiasts often are looking for a paving material other than concrete, asphalt or gravel to use around our homes, I snapped a few pictures of some brick sidewalks I spotted.

Here is a typical brick sidewalk pattern that remains in good condition. One of the enemies of a level sidewalk are tree roots, which easily push the bricks out of their way. 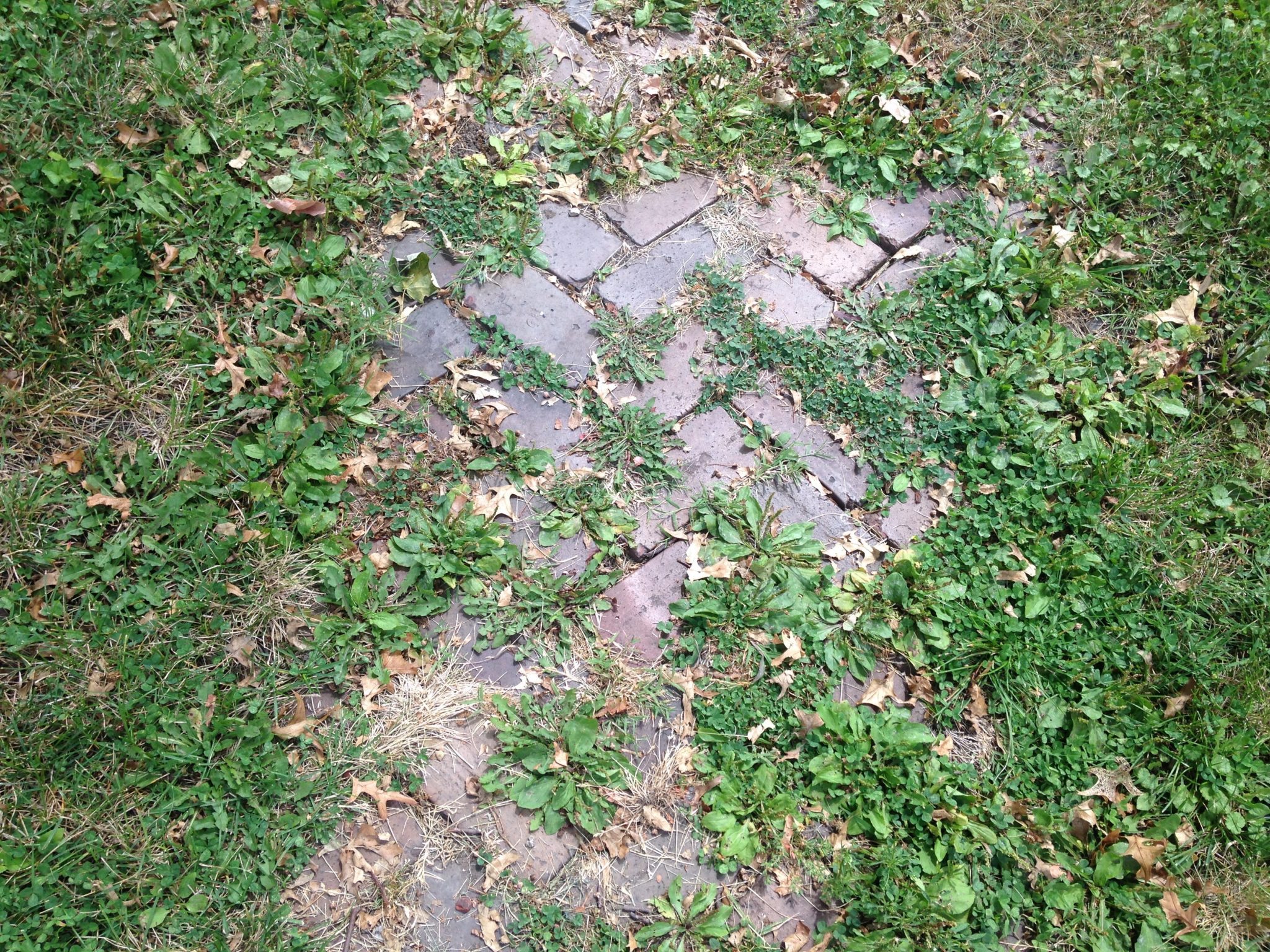 Grass and weeds also quickly encroach onto a sidewalk. If left unchecked, they will soon engulf it.

Spraying it with grass and weed killer then leaves you with an unsightly mess, as you either have to pull up the dead weeds or wait several months for them to break down naturally. The lesson: spray early and often. 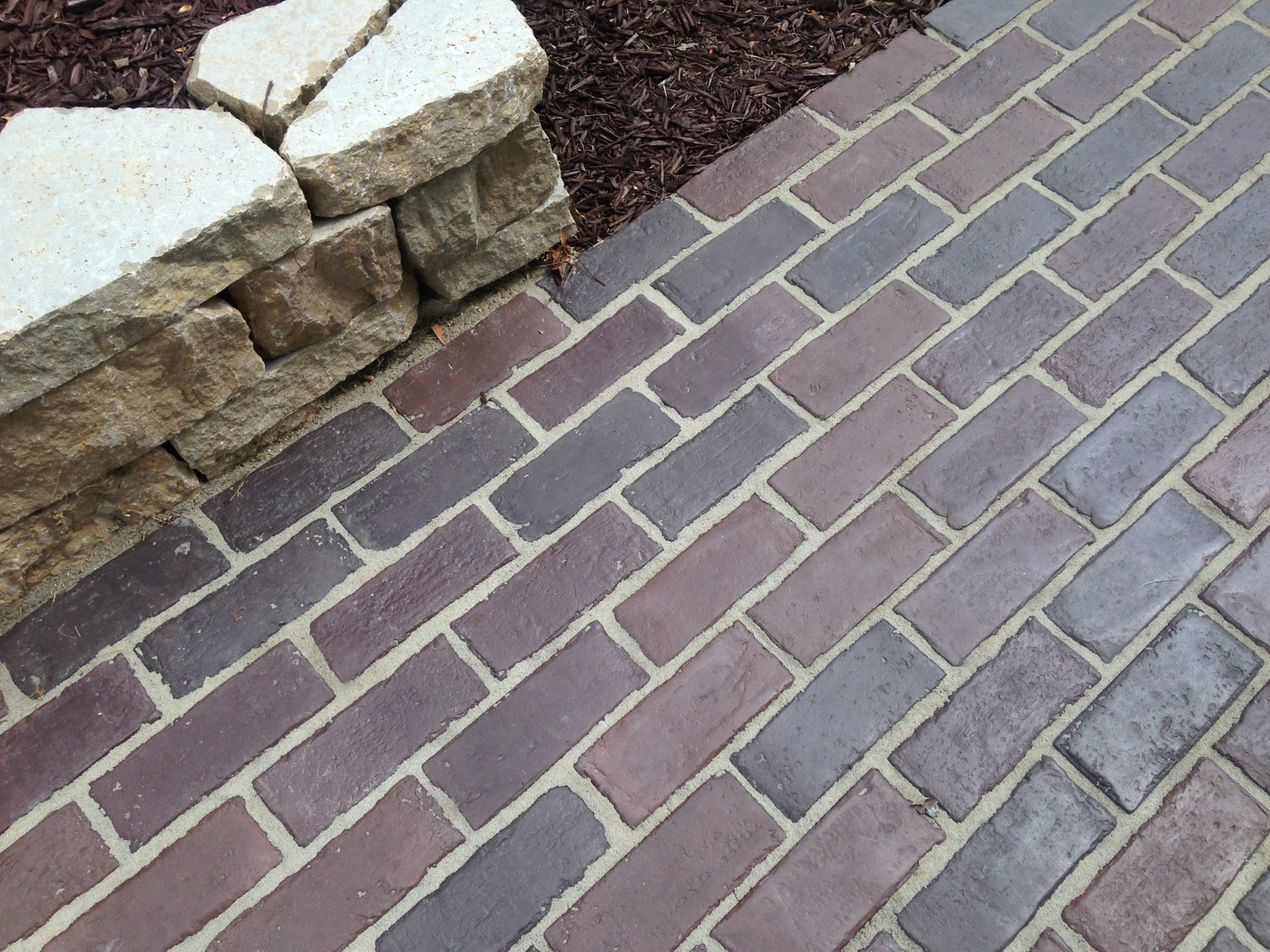 This homeowner had new bricks laid in mortar, which would seem like a solution to the weed problem. But in areas where winter frost “heaving” is an issue, the mortar soon cracks under the pressure and can end up looking bad and popping out. 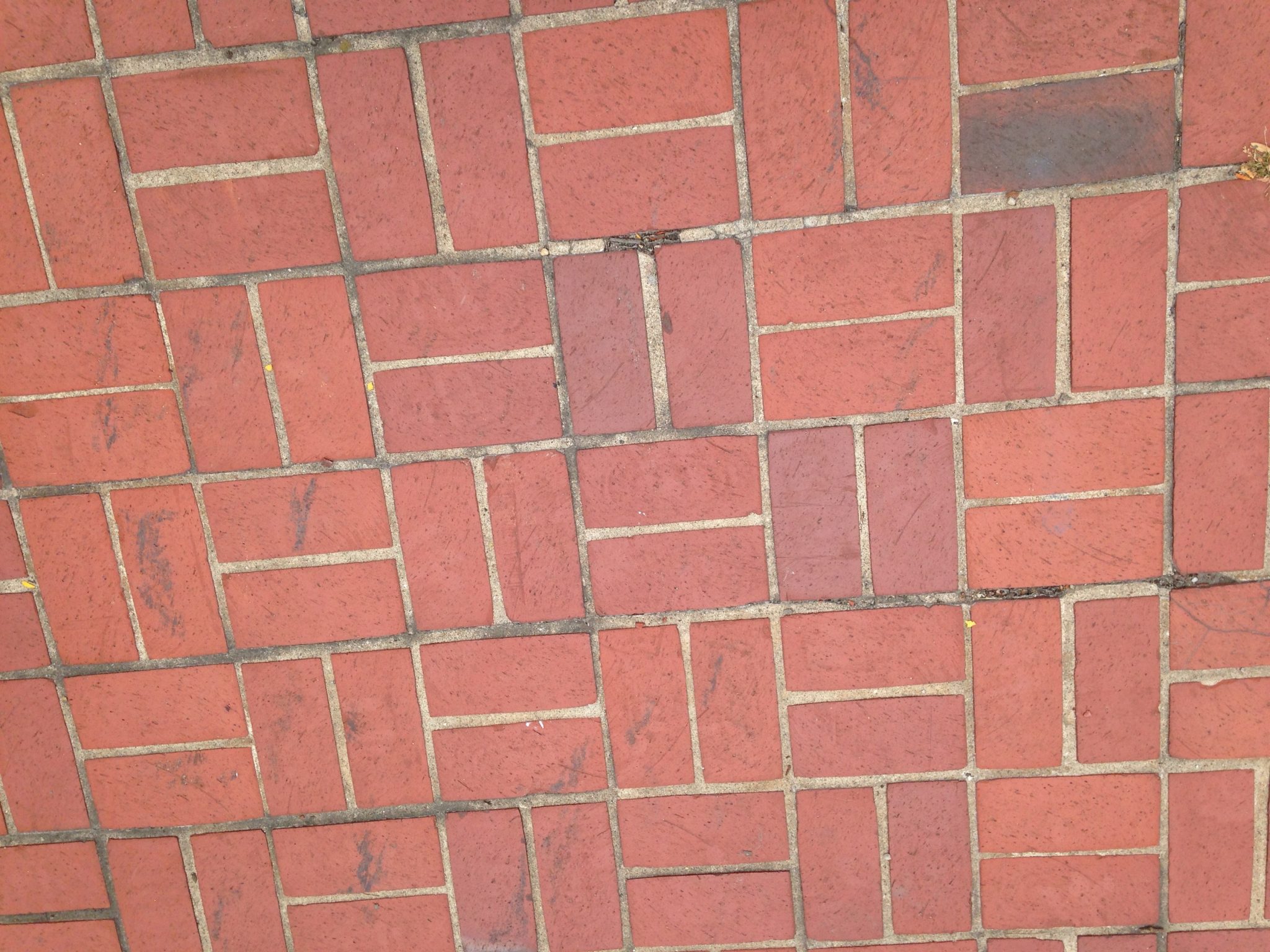 This mortar is holding up well, although if you look closely you can spot some problem areas. But I like this pattern better than the previous one. 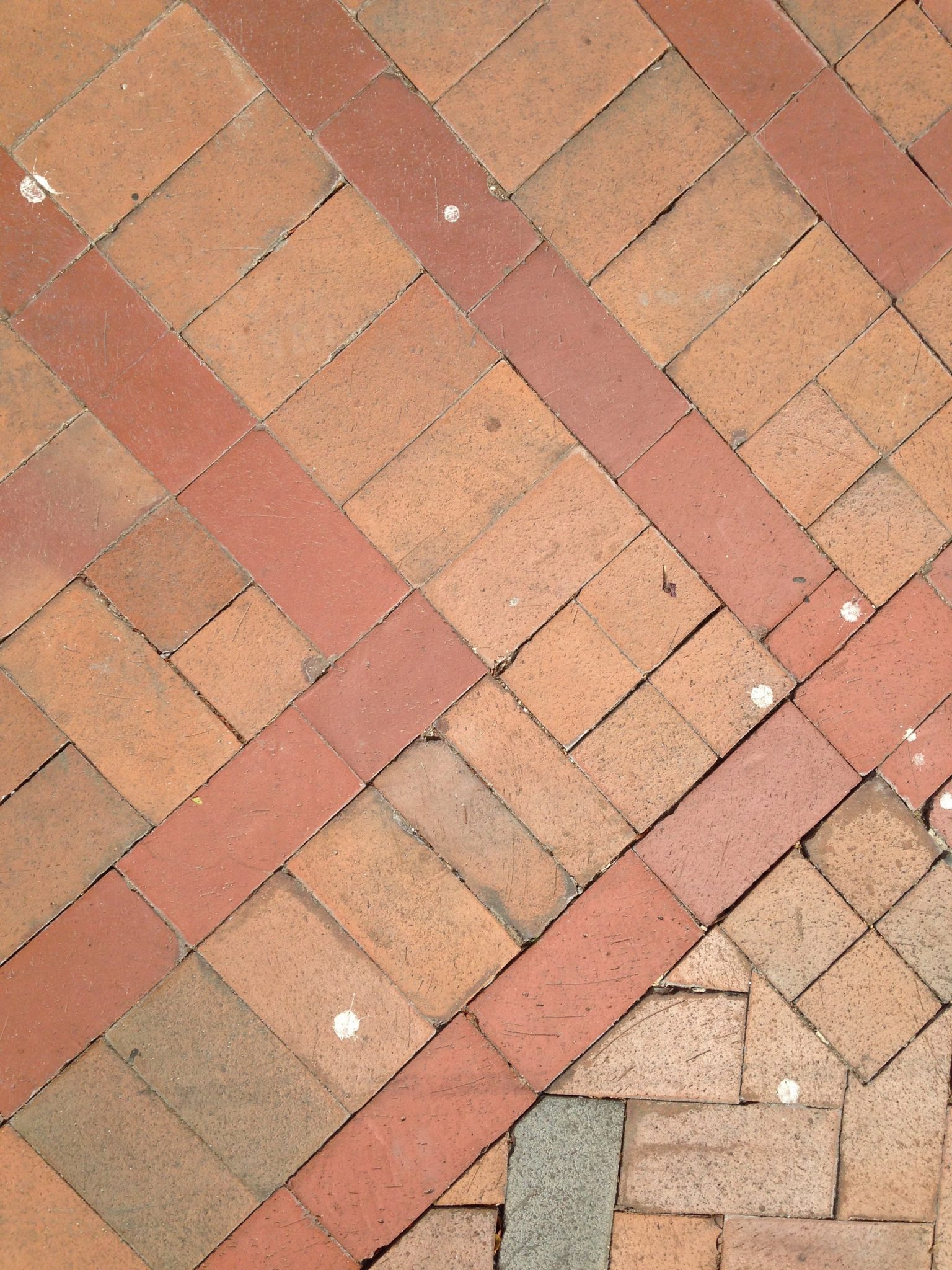 And speaking of patterns, here is a more intricate one, recently laid without mortar. Some bricklayers recommend sweeping either fine sand or mortar dust between the closely-laid bricks, then misting with water to secure them.

Regardless of the pattern, bricks do require some maintenance, but if you keep the weeds and grass in check, and avoid using bricks around trees, they are an attractive addition to your Arts and Crafts landscape. 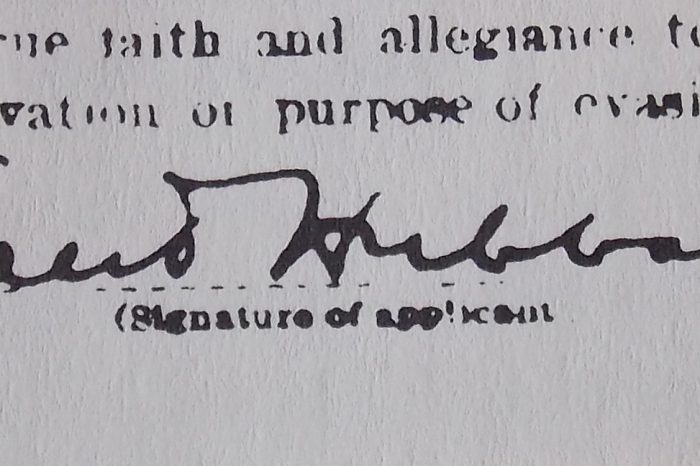