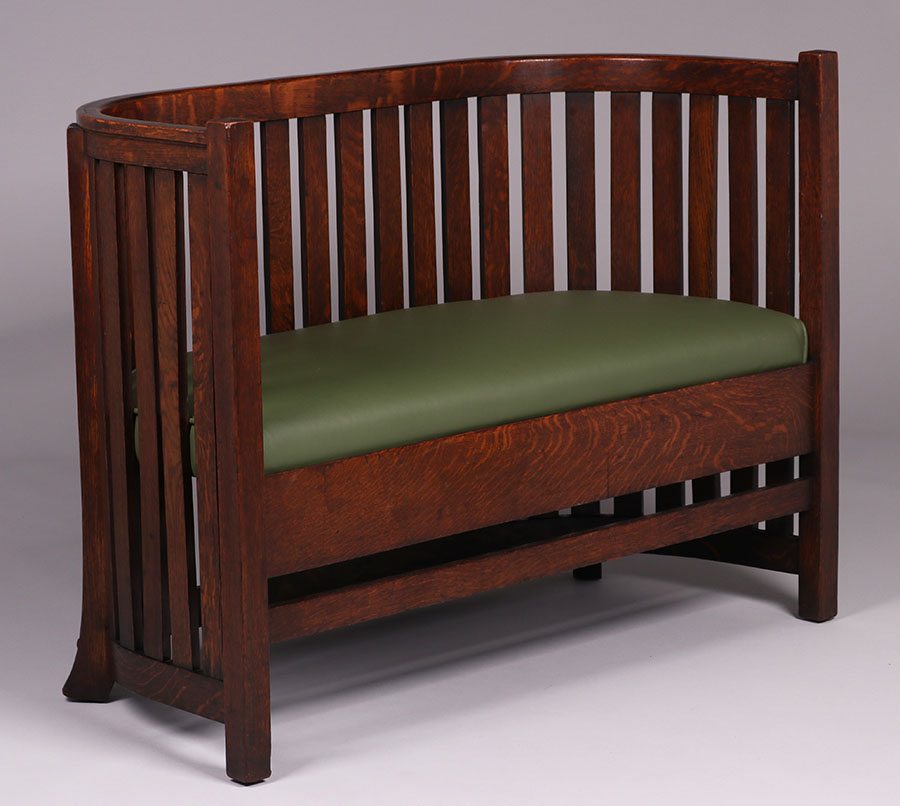 This article has been re-published. Date of original publication: March 14th, 2018.

Within the Arts and Crafts furniture category of “the Best of the Rest” is the name Plail Brothers, who worked in upstate New York from around 1906 until 1933 making high quality furniture.

Brothers John and Joseph Plail learned the furniture-making trade in Binghamton, NY, the same city where Gustav Stickley and his brothers had established their first retail store in the 1880s. John Plail (1868-1938), who had emigrated from Europe, had been trained as a woodcarver and woodworker, and soon displayed a talent for design. He was fascinated by the process of steam bending wood. 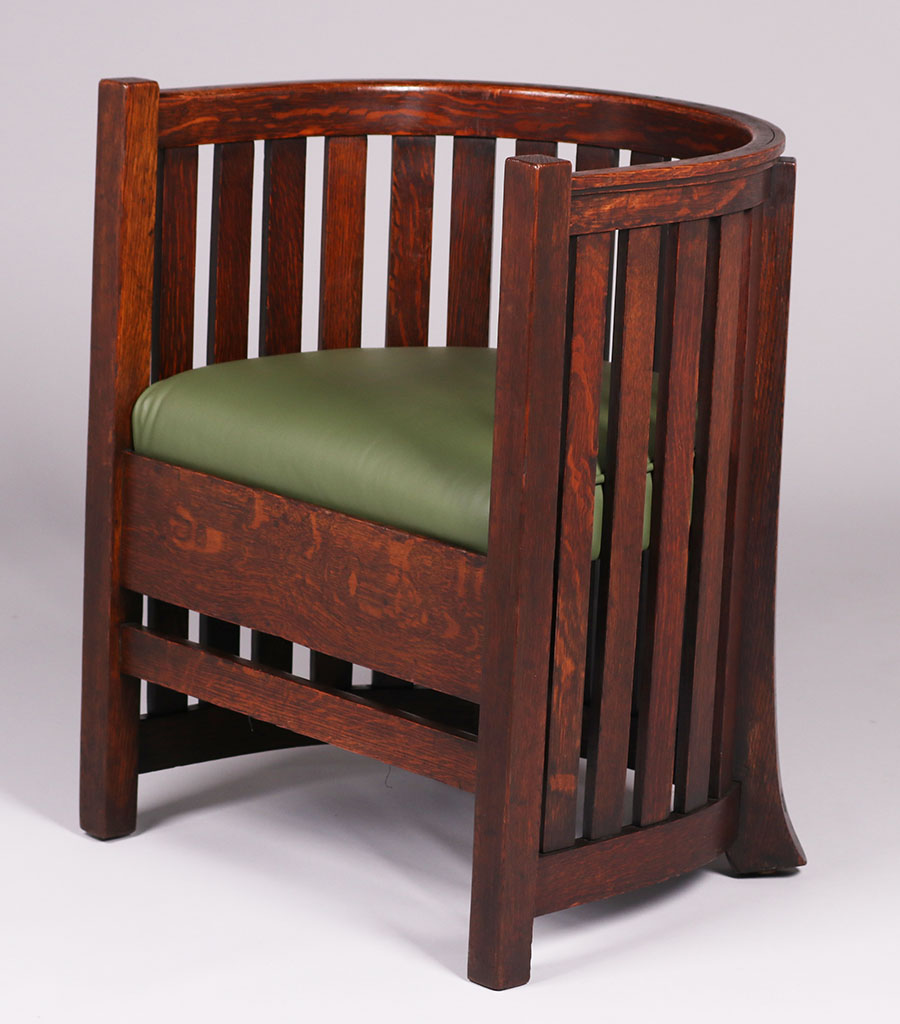 Again, they proved successful, with John in charge of design and Joseph supervising their growing staff of cabinetmakers. John’s daughter Honie assumed responsibility for the business ledger and sales.

While they did make a limited line of general Arts and Crafts furniture, their trademark examples were slatted barrel-back chairs and settees with unique flared back feet. In addition to selecting highly-figured quartersawn oak for their framework, the brothers designed their settees and chairs with slats reaching nearly to the floor. According to authors Michael Clark and Jill Thomas-Clark, the first advertisement for their barrel-back chairs appeared in 1911. Their Arts and Crafts furniture was marked with a fragile rectangular blue paper label containing “Plail Bros.” and “Wayland, NY.”

Just three years later, in 1914, at the height of their success, the Plail Brothers factory burnt down. John was able to rebuild it, however, and reopened a year later, at which time the firm shifted from Arts and Crafts to English-influenced designs. 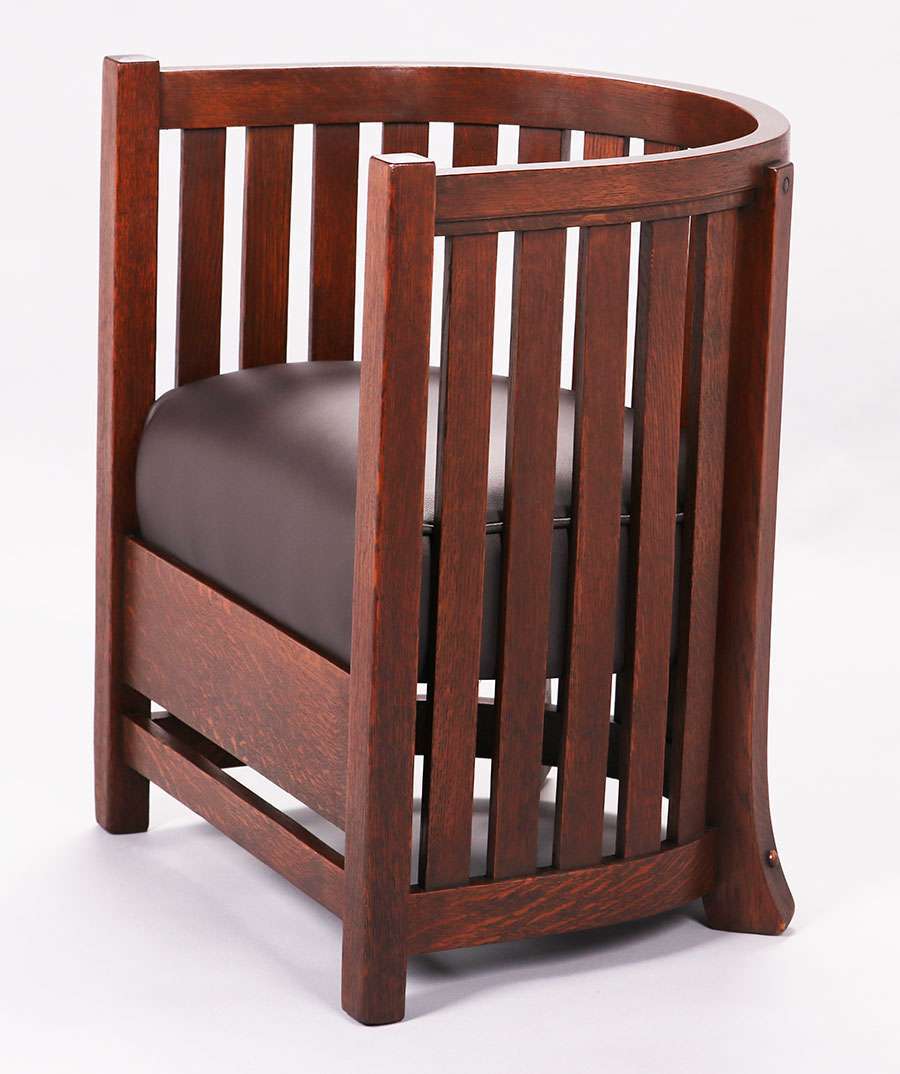 Although the firm remained in business making furniture for a quarter of a century, Plail Brothers Arts and Crafts furniture is considered quite rare. Far more examples of Gustav Stickley, L. & J.G. Stickley and Stickley Brothers furniture comes onto the market than that of Plail Brothers. That can be explained by the distinct possibility that their classic barrel-back furniture may have only been produced from 1911 until the fire of 1914.

In terms of quality of material, construction, and design, collectors rate Plail Brothers Arts and Crafts furniture on par with that of any of the Stickley family.

For more information, see Style 1900, Vol. 9, Number 1 for the article written by the Clarks. 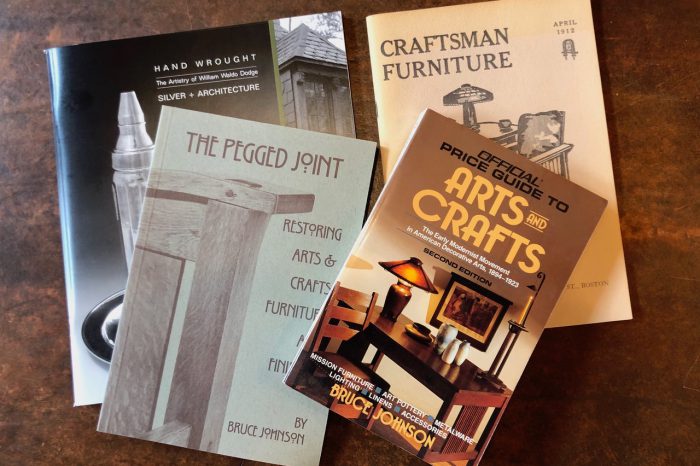