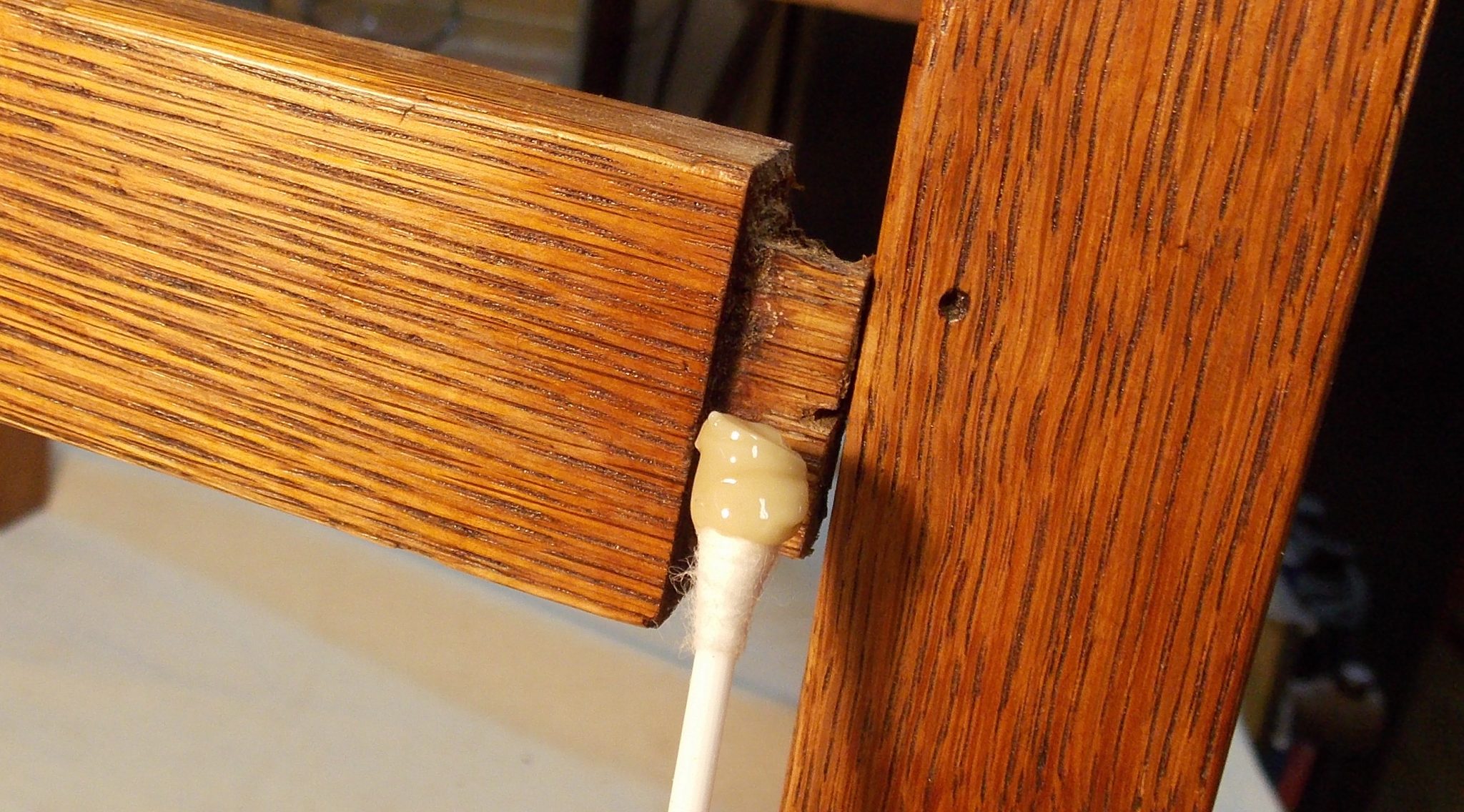 In the early days of Arts and Crafts collecting, when almost anything Stickley could create a feeding frenzy among the sharks circling an auction, I sometimes had to gently explain that even Gustav Stickley could have a bad day. More often than not, the piece in question was one of Stickley’s extremely low, hard to get into or out of, armless sewing rockers. If one had a worn out finish and a cracked leather or rush seat, it might not even be worth $100 – despite the bright red joiner’s compass decal on the rear stretcher. 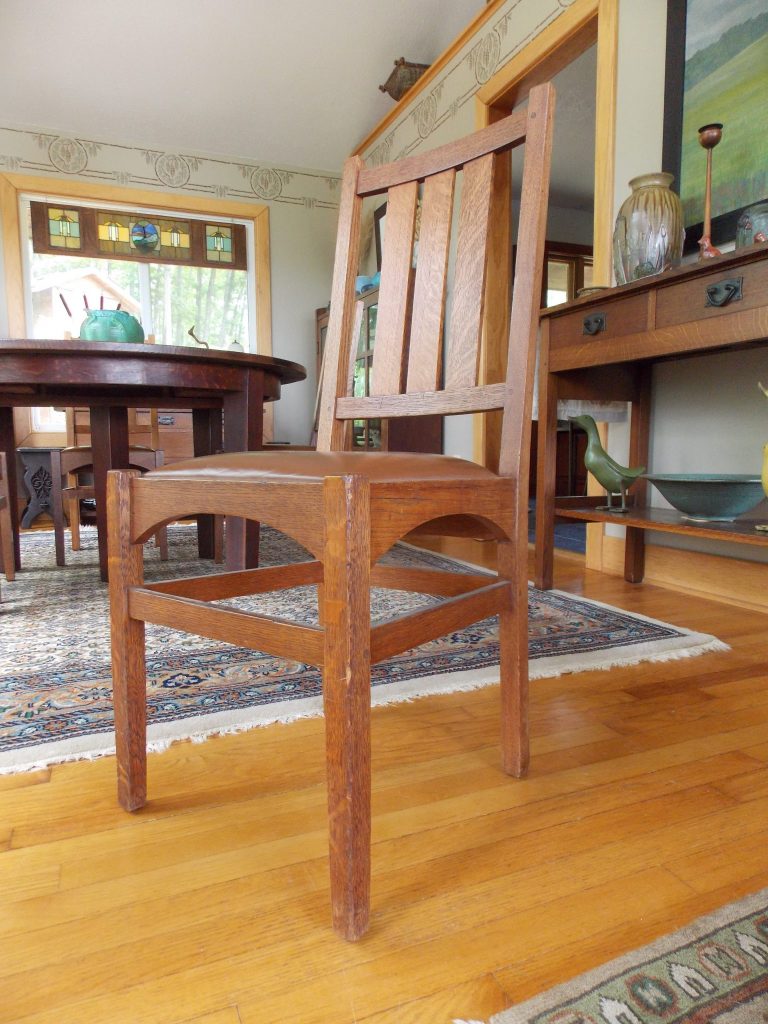 While I do not consider this Gustav Stickley dining room chair to be a poor design, especially with the three dramatic arches beneath the drop-in seat, it does have a design flaw. 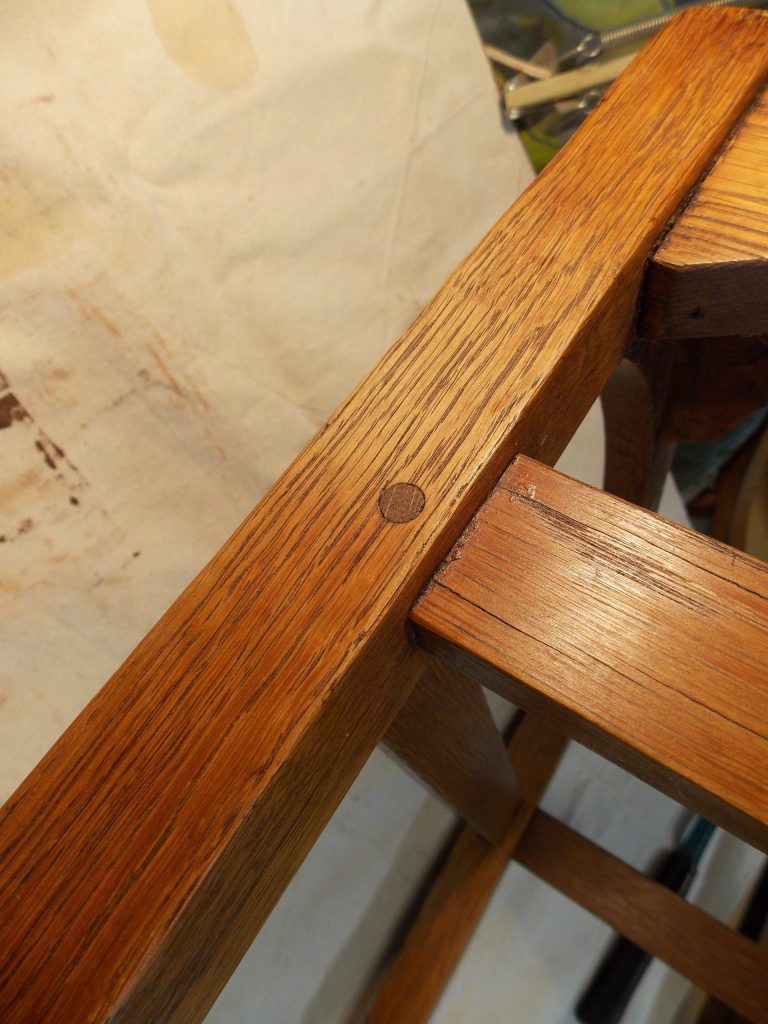 The majority of his chairs feature lower stretchers which are secured to the legs with oak dowels, as seen here. In order to be able to pin the tenon to the leg, however, the tenon must be more than an inch long. Otherwise the dowel will miss the tenon inside the mortise. 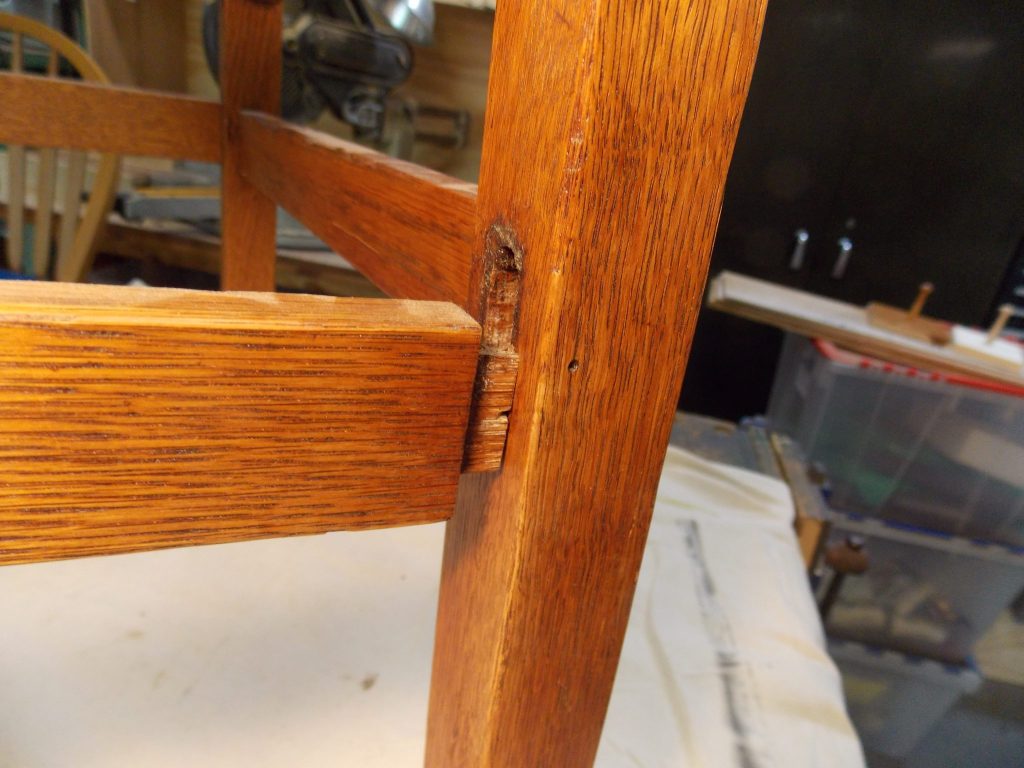 In this particular chair, the stretchers were designed at the same level, rather than stacking one higher or lower than the adjacent stretcher. As a result, the tenon on one of the intersecting stretchers had to be cut short. So short, in fact, that it could not be secured with a dowel. As a result, given the stress a chair must withstand, the glue holding the tenon inside the mortise eventually surrendered, and the stretcher popped out of the mortise. At some point in time a frustrated owner tried to reinforce the joint with a finish nail, as you can see by the small hole. 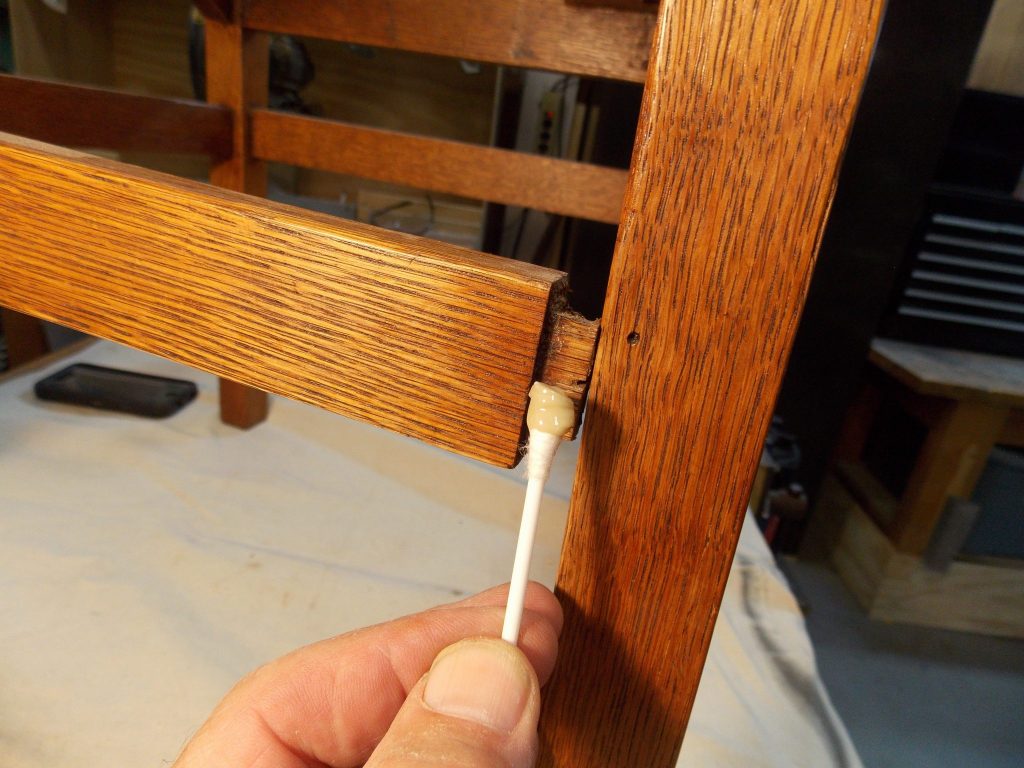 Last week the stretcher came loose again, so I took it out to my workshop, carefully cleaned off the tenon, and applied a strong glue to both the tenon and to the inside of the mortise using a cotton swab. 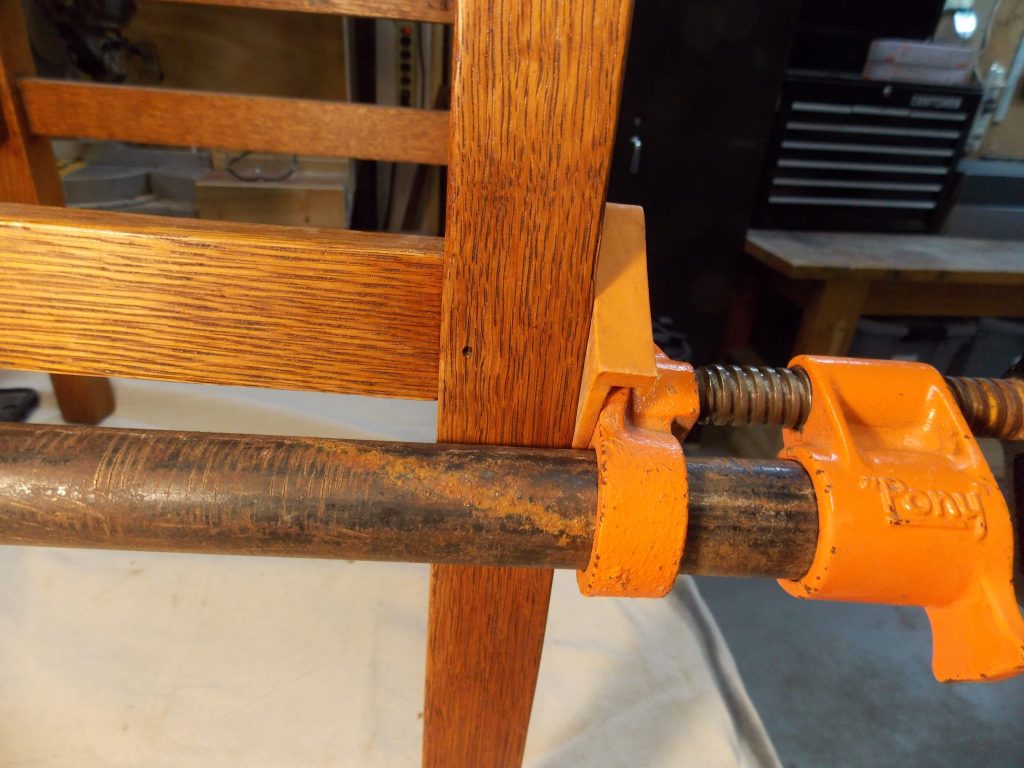 And for glue to reach its maximum bond, it must be held under pressure for several hours, so I slipped a clamp (note the padded jaws) over the stretcher, tightened it snugly, then left it alone overnight. Afterwards I disguised the nail hole with a dab of tinted wood putty.

So does that solve the problem of the flawed design?

Given the use and abuse chairs take, I’ll probably be regluing it again someday. 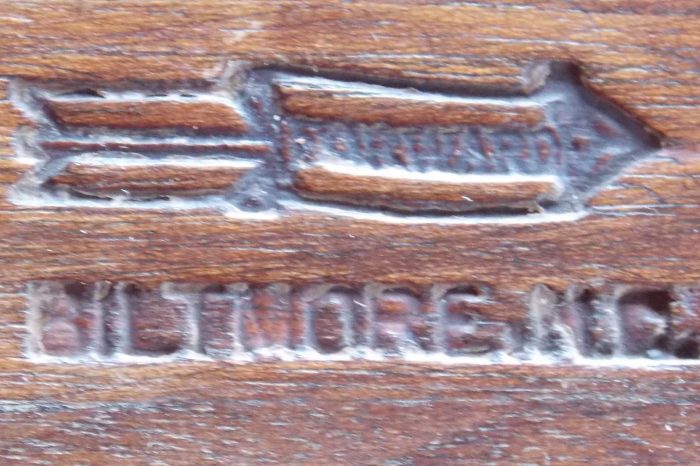 An eBay Lesson - or Not?