Since the late 1980’s, Michael Lehr has made a career out of searching the country for Arts and Crafts-era works. His love of antique works runs deep and while he’s adding more contemporary works to his collection, it is his stories of finding those treasured antiques that continue to add meaning to his collection and his life-long passion. Like all in the modern day collecting community, he’s used – and continues to use – online tools to continue his living and engaging the online collecting community. He even has two Facebook groups he runs to help those with similar interests. Lehr took some time to answer our questions about where his passion comes from, the perks and pitfalls of using online resources, and his answer to the commonly-asked question “What’s your favorite piece?”

ArtsandCraftsCollector: When did you first start collecting?

Michael Lehr: I guess being in Manhattan, being in SoHo. We bought our apartment in 1984 in SoHo and we ended up missing the crazy heyday of ’87 and ’88 where people were buying Stickley. Barbara Streisand was buying everything at auction. I saw this turtle top table and I thought ‘So beautiful, but I can’t afford it.’ It began as a fascination with art and we didn’t realize until later that we actually could afford it. It wasn’t as expensive as we thought. The table was $700.00 at the time. We viewed it as an art piece because it was being offered in an art setting, so we had a very different perception of it. Then we started dealing by accident. We were driving past Gallery 532 on Columbus Avenue and we offered an umbrella stand we had for sale and they bought it right away. We realized we could make money doing this, so we started to buy Arts and Crafts Daguerre types and talked to dealers and collectors. We kept buying up pieces and adding to our collection. The first auction we ever went to…there was a piece of George Ohr that we loved and I think it sold for $10,000. I fully regret not buying it.

ACC: What are your favorite pieces in your collection?

ML: People ask us that all the time. I would say they are memorable pieces because of how we found them and purchased them. We love all our pieces. We’ve also sold some amazing things, but again it’s all about the story attached to the piece. In 1989, there was a show at Craftsman Farms and we saw a pair of mantle clocks – the ultimate early Gustav Stickley clock. We just loved them and there were only three known examples at the time. We saw one later at auction and tried to bid on it. We underbid because it sold for $6,000. We were sort of disappointed, but on my birthday about two months later in a little antique shop in Flemington, New Jersey, we saw one. It was, like, the fourth one ever found and I just couldn’t believe it. I looked at the tag and it said for a little over $500. I grabbed it. Evidently, the guy who owns the shop had it repaired for someone and the previous owner never showed up for it. We just got charged the amount of the repair. 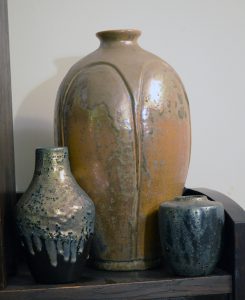 ACC: In all the decades that you’ve been in the community, what’s been the most significant change in the collecting world?

ML: Obviously, the internet is the most significant change. [The internet] has made it easier to source things as a collector and it’s evolved greatly over the years. It evolved from eBay and Facebook, and now there’s not a day that goes by where someone posts something new to the groups along the lines of “Look what I found.” I saw a new photo in a group about Mackintosh and so many people said “thank you for sharing, thank you for posting, we’ve never seen that.” It’s such an online environment now, but you know, I used to drive everywhere to find things and search little Antique shops. That whole experience is sort of gone, now there’s rarely anything.

ACC: Tell me more about that. It sounds like that’s a rare downside of online tools taking over.

ML: It’s very hard to find things, such that I only buy 2 or 3 pieces a year. You used to be able to find so many things back in the days of eBay, so you could make a darn good living. Now everything is in an auction, so it’s been difficult to make a living on the higher end of things and do what I really loved.

ACC: So sorry to hear that. So if we have to use these online tools these days, what are some of the most effective online resources that you turn to?

ML: Ebay and liveauctioneer.com for the marketplace features. Liveauctioneer.com also aids in revealing the history of value of a work. It’s important to remember there are always fluctuations in price. You shouldn’t just bargain hunt, don’t look for the best bargain you can find. Instead, build your collection and know what you’re searching for.

ACC: What should collectors be looking for when purchasing online to find the best find possible?

ML: You should ask for the General condition for the piece of course. You should ask for a lot of photos of the piece of course in natural lighting so flaws can be seen. Ask for a condition report – and get on the phone to talk to someone about a piece. Don’t bargain hunt. Do your research, and build your collection. There’s a reason why items might go for a cheaper price.

ACC: Any other tips you might want to tell us?

ML: You can always try to offer a piece in trade to a dealer. I don’t typically see a lot of collectors do this, but every single level of collector if they want to buy something, can make that offer. You’d have to know the value of that object in order to make a fair trade, but most sellers would be happy to hear you out and in some cases make the trade. 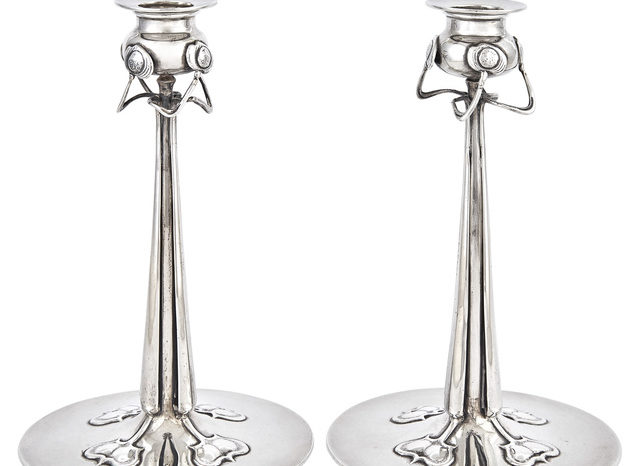