Results from an Auction Heavy Weekend 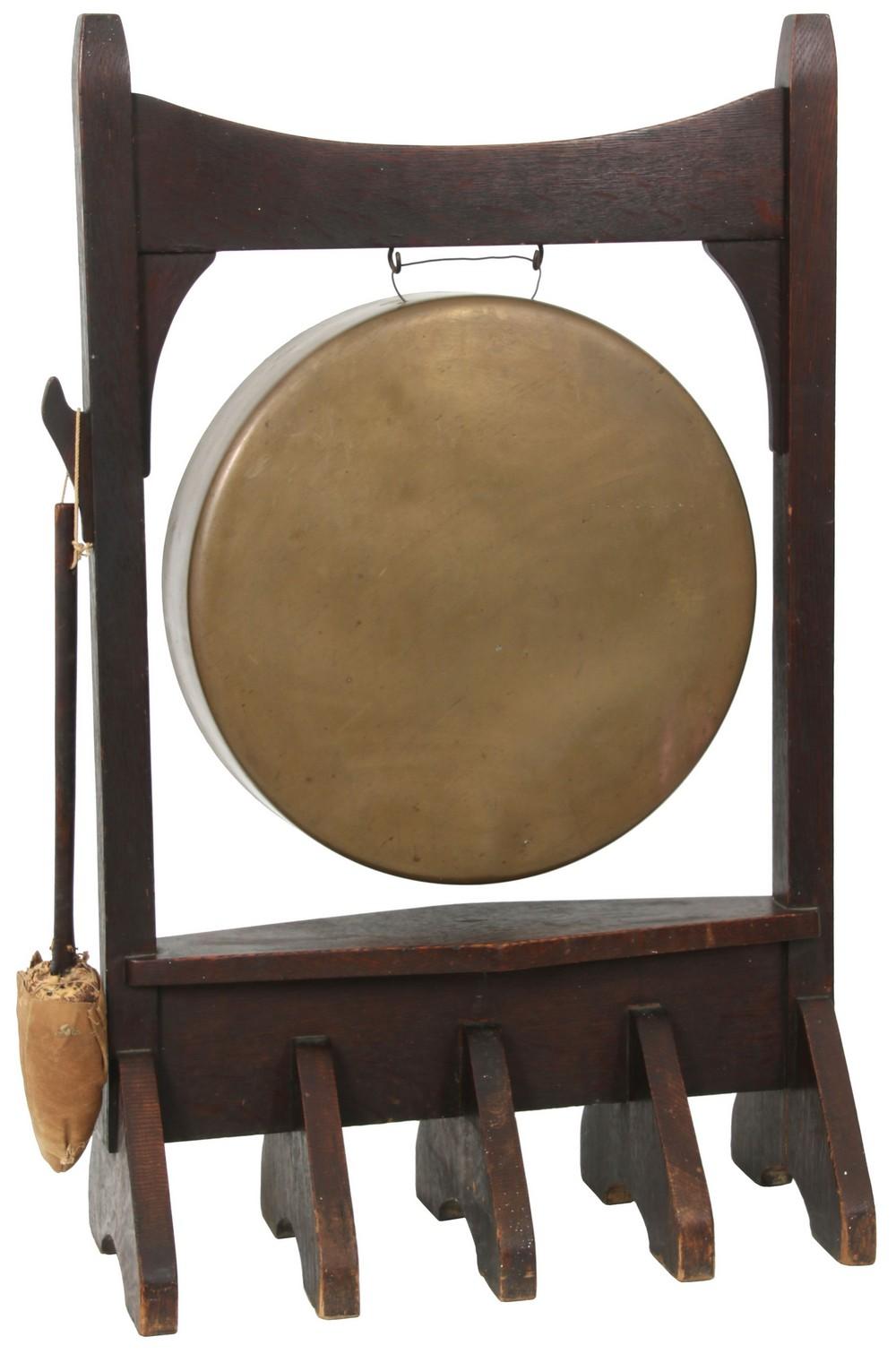 Results from an Auction Heavy Weekend

Works from Gustav Stickley, George Ohr, Marblehead Pottery, Taxile Doat for University City, and Tiffany & Co lighting were high sellers this weekend during four different auctions, starting with back-to-back auction on September 11th at Rago Arts and Auction Center, where an impressive selection of the works of George Ohr and even a few picks from Marblehead and Adelaide Robineau made a big impression on collectors during the American & European Ceramics auction and the works of Gustav Stickley were represented well during the Early 20th Century Design auction. The weekend continued with Fontaine’s Fine & Decorative Arts Saturday auction, where a rare dinner gong from Gustav Stickley, a Tiffany Studios & Grueby lamp, and a gorgeous Tiffany Oriental Poppy lamp turned some heads while Toomey & Co’s Fine Art and Furniture & Decorative Arts Auction sold some impressive Gustave Baumann prints, Stickley furniture, and Roycrofters works.

For those of you looking for the next auctions, on September 26th, AC Stickley will have a Stickley Arts and Crafts Auction that will begin at 2 PM Eastern. The auction will feature furniture by Gustav Stickley, L&JG Stickley, Stickley Brothers, Charles Stickley, Limbert, Roycroft, Lifetime, Lakeside, JM Young, Mathews Furniture Shop, Bernard Maybeck and others as well as pottery, glasswork and metalwork. Interested bidders can view the catalog here on liveauctioneers.com or visit acstickley.com for more information on next weekend’s auction.

Now onto the results of last weekend’s auctions…

Lot 103: An earthenware vase from the Mad Potter himself, inscribed “Mary had a little lamb and George has a pot ohr E Amen Dec 25 1906,” sold for more than twice the high estimate. The witty vase from the private collection of James Carpenter was sold at $21,250. Many of the George Ohr pots and vases went on to sell far past their high estimate

Lot 124: The rare – and “perfectly fired” – Marblehead pottery vase depicting crouching panthers with an impressed manufacturer’s mark also sold for more than twice its high estimate. The rarity of the vase was due to the blue color of the vase when other examples of the vase are shown in green. An example of the form and the decoration can be found in the permanent collection in the Metropolitan Museum of Art. This example sold for $47,500 after a high estimate of $18,000!

Lot 132: The early glazed earthenware vase from Grueby Faience Company featured the marks of a rare work and this particular example has been in the December 1898 edition of House Beautiful and the book The Ceramics of William H. Grueby. The vase sold for $35,000 – the high estimate was $15,000.

Lot 231: An “exceptional and rare” signed and dated gourd vase from Taxile Doat for University City, noted for its matte and crystalline glazed porcelain, sold for $35,000 past the $18,000 high estimate. Several of the Taxile Doat/University City works sold past, if not within, the estimates, notably a covered vase, a vase with laurel leaves, a blue-glazed porcelain vase,

Lot 248: One of the high sellers of the evening, a snake vase from George Ohr, sold for $78,000 – nearly FOUR times the high estimate of $20,000! The signed work coming from the collection of James Carpenter featured the snake, lobed rim, an in-body twist, and a green glaze with blue speckling.

One choice we nailed and one we failed on… 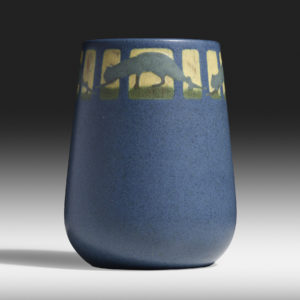 The panther design is most often seen on a green background, this example in blue is particularly rare and perfectly fired.
Impressed manufacturer’s mark to underside ‘MP’ with ship symbol. An example of this form and decoration is held in the permanent collection of The Metropolitan Museum of Art.
Provenance: Important Private Collection 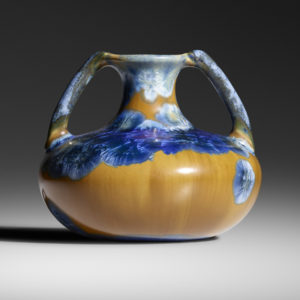 Lot 325: A rare Greene & Greene work amidst a sea of quality Stickley, this rocking chair from the Dr. William T. Bolton-T. Belle Barlow Bush House in Pasadena, CA sold for $24,700, four times the high estimate of $6,000. The stained mahogany chair with velvet seat, featured in the book Greene & Greene: The Passion and the Legacy, featured a carved signature: “His True Mark Sumner Greene”.

Lot 326: An early Gustav Stickley trestle table, made of oak, leather and copper with the early red manufacturer’s decal, sold for $5,625, more than three times the high estimate of $1,800.

Lot 334: One of the many gorgeous examples of the iconic Tiffany lamps, this Tulip table lamp sailed past the high estimate of $30,000 to sell for $56,250. Shown in the book Tiffany Lamps and Metalware, the picturesque example of leaded glass and patinated bronze was one of several Tiffany lamps featured this weekend.

Lot 340: A signed hand-blown Favrile glass vase from Tiffany Studios from the collection of Mr. Robert Hartshorne sold for $18,750 – more than twice the high estimate of $7,000. On the underside of the orange and yellow vase, the signature read ‘L.C.T. E1801’.

One choice we nailed and one we failed on… 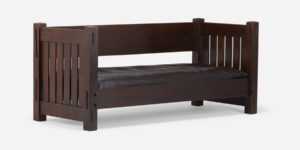 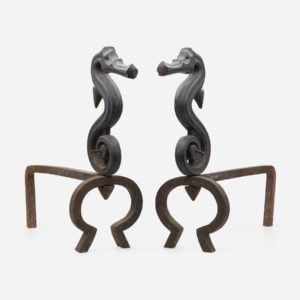 Lot 4: A very rare and early Gustav Stickley gong – see example below – sold for $22,000! With the original gong, striker and in the original finish, the gong attracted lots of attention.

Lot 8: A signed and multicolored Tiffany Studios Agate Vase sold for $8,000, beyond the $3,000 high estimate. Featuring swirls of purple, blue and amber and the signed underside read “L.C.T. H5594”

Lot 100: With its bright colors making it the most marketed item of the auction, the Tiffany Studios Oriental Poppy Chandelier sold for $550,000! Granted it fell in between the estimates of $400,000-600,000, but in all its bright and colorful excellent quality, the chandelier was still a winner and highlight. 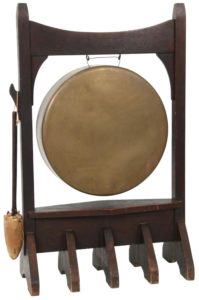 Gustav Stickley dinner gong has an oak frame with two squared side posts tapering at the top and inside corbels, being supported by five legs. Has the original gong and striker and is in original finish. The label reads, “Geo. C. Flint Co., West 23rd St., N.Y., FFF Trade Mark.”

L. & J.G. Stickley Arts & Crafts oak dining room set has 10 matching pieces that include a 60-inch diameter pedestal base dining room table with three leaves (no. 717), two door china cabinet (no. 729), sideboard with strap hinges, paneled plate rail and an overhanging top (No. 736), server with two open shelves and a plate rail (No. 740) and six chairs with arched rails and six vertical back slats (No. 323).

Signed with the “Work of” branded signature. This is an original 10 piece set in near mint condition.

Lot 586 & 588: Two Gustave Baumann color woodcuts, both published in the book In a Modern Rendering: The Color Woodcuts of Gustave Baumann, sold past the $10,000 mark each selling at least twice their high estimates. Examples of these two first editions can be found in museums in both San Francisco and Chicago.

Lot 674: A Charles P. Limbert Co. (See example below) early bookcase marked with a paper label from the estate of Anthony Nappi in Bedminster, New Jersey sold for $5,200, past the high estimate of $3,000.

Lot 728: A Stickley Brothers drop-front desk made of oak and copper marked with a metal tag sold for $2,500, more than twice the original high estimate of $900.

Lot 731: An oaken Roycrofters magazine stand from the collection of Buffalo’s Vera Parry and Judith Parry Gregorio sold for $3,125 past the $2,000 high estimate.

Since all our choices sold well in this auction, here are two choices we thought were well-represented. 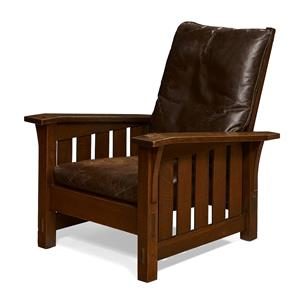 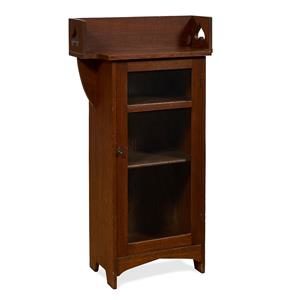 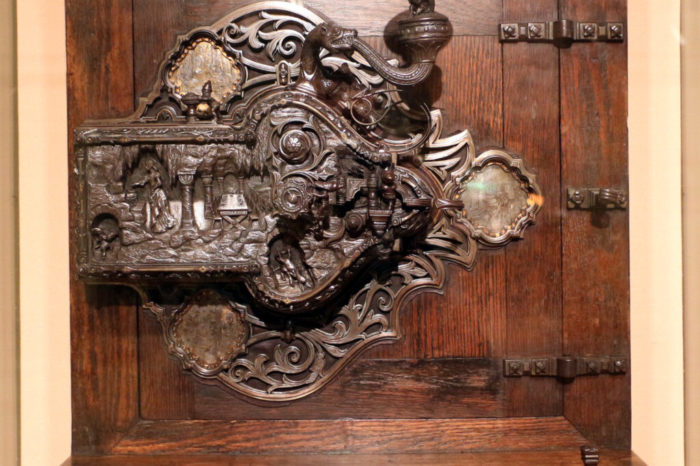 Learning About "The Decorative Impulse" & An Arts & Crafts Auction