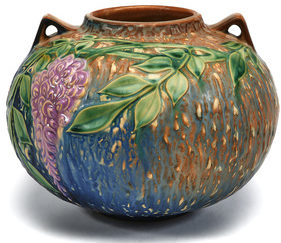 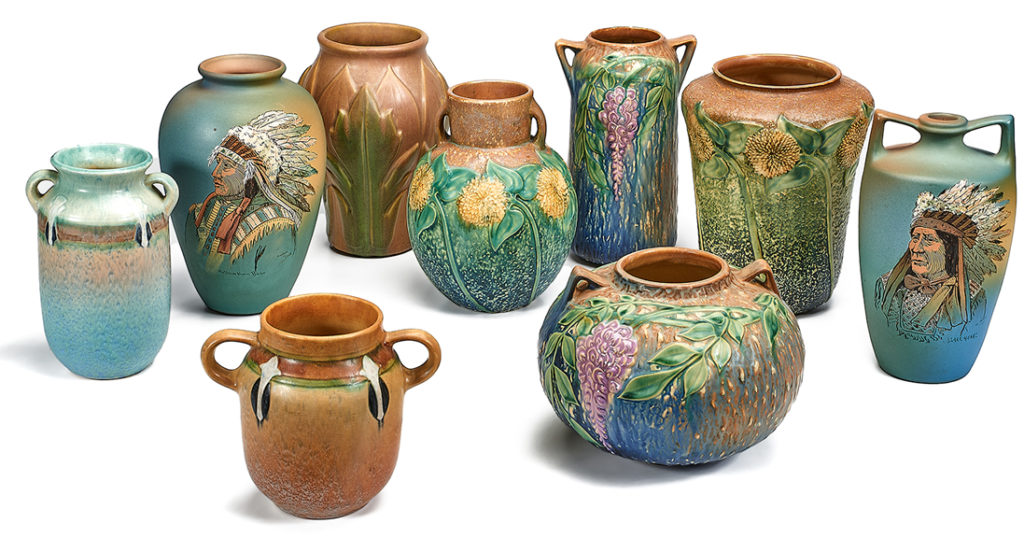 Spring colors were on display during Treadway Gallery’s mid-May Spring Decorative Arts Auction, featuring ceramics, metalwork, fine art, and lighting in both antique and modern styles. While a big pull to their auction were the bright colorful floral pottery of Rookwood, Rosewood, Weller and a few other examples, Arts & Crafts lighting brought some flower power with stunning examples of floral-inspired shades of art glass. Serving examples of both American and European artisanship, the May 16th auction was poised to continue the interest in the nature-inspired style during a time of blooming of both nature and human activity.

Ceramics: Rookwood was a belle of the ball and a clear choice of bidders as the first lot of the auction, a beautiful Iris vase, sold for more than $63,000. A number of Rookwood vases by artists Carl Schmidt, Elizabeth Barrett, Katherine Jones, Matt Daly, Harriet Wilcox, Elizabeth Lincoln, Laura Fry and others also sold particularly well. The sole Newcomb College vase listed sold well, fetching a $9,100 realized price. Meanwhile, the colorful and springtime representative Roseville Pottery works nearly all sold either within or past their high estimates, proving the need for bright and happy vases is alive in the collecting world. Even Weller Pottery had some hits in this auction: a surprise coming in the form of two green Weller Pottery vases selling past the high estimate of $350 at a realized price of $3,250!

Lighting: Traditionally a popular auction item, the beautiful glass shades don’t fail to disappoint and in the case of both American and European offerings, both had their winners. A unique Wisteria lamp sold for $11,250, Tiffany Studios lighting sold well, including a lamp base in good condition for $7,800, while European favorites Daum and Loetz lamps sold for more – and in the case of Daum, one example sold for a realized price of $15,600.

Metalwork: A Heintz bronze and silver frame in ver good condition sold for $1,250 while a pair of signed Jarvie brass Candlesticks sold for $2,250. The fascination with copper and enamel boxes continued with a Gertrude Twichell representative that was “exceptional and unsual” selling for $17,500.

Here’s how our choices fared. All final prices listed are realized prices. 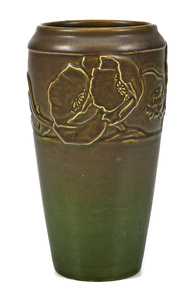 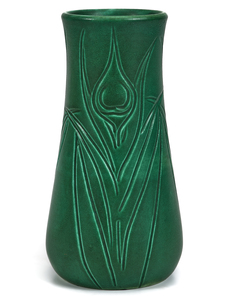 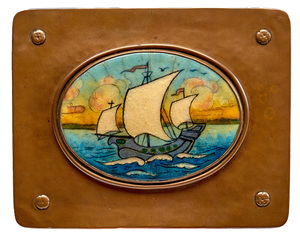 All images and lot descriptions courtesy of Treadway Gallery. To see how other lots sold, please visit https://treadwaygallery.com/