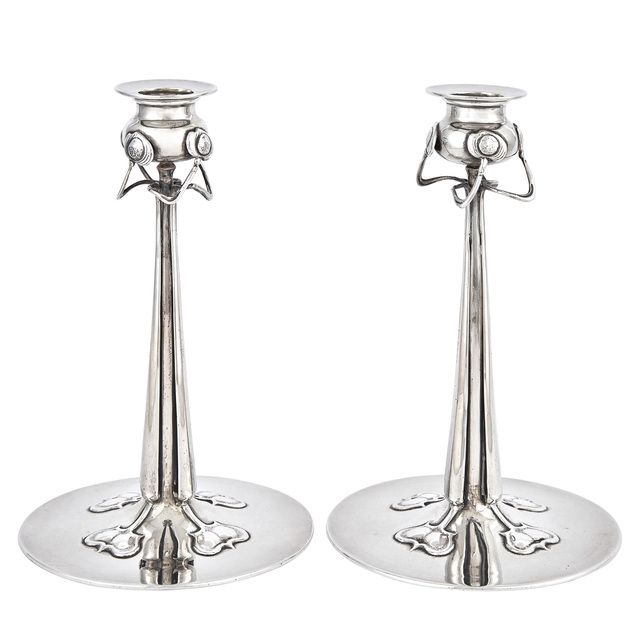 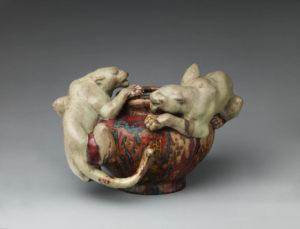 In the upcoming class for the popular online course Icons of 20th Century Design offered through the Stickley Museum at Craftsman Farms,  Saturday’s online course “‘Art considered in its Application to Life’: European Design in 1900” takes a wide focus on European design at the turn of the century. In the museum’s prior course, “Living the Simple Life,” presenter Jonathan Clancy’s presentations often referenced Art Nouveau and the Vienna Secessionists. This session addresses those movements, alongside the Arts and Crafts movement, placing them all into a broader, historical context.

Each class is on Saturday at 1:00 EST, and according to Executive Director Vonda Givens,  “…as a thank you to all paid participants, we will email a link to the session recording once it’s available. So, even if you register and miss the live class, you will still receive the recording to view when you have the time.”

“‘Art considered in its Application to Life’: European Design in 1900” offered through the Stickley Museum at Craftsman Farms  (REGISTER HERE)

Speaking of european design, we thought we’d share an archived study on another concentration developed across the pond: silver from the United Kingdom from researcher and collector Anthony Bernbaum.

The following article has been re-published. Original date of publication: Dec 13, 2015

For the past fifteen years, Anthony Bernbaum has been a passionate collector and researcher on British Arts and Crafts silver. Later he made the natural step to dealer, forsaking his nearly thirty year career in financial services. He launched “The Peartree Collection”, his online gallery and exhibited at the prestigious Winter Olympia Art and Antiques fair in London.

At Olympia, Anthony gave a lecture titled “British Arts and Crafts Silver: Pioneering Modernism”, that summarized much of his research into this area to date. Anthony’s particular focus was how this silver contributed to the birth of modern design, pre-dating, and indeed influencing, the better known work of the Wiener Werkstatte or Georg Jensen for example. Additionally, he focused on how important the Arts and Crafts guilds or workshops were in heralding modern industrial organization, even though they were perceived as utopian failures at the time.

His website www.thepeartreecollection.com now hosts a specific Research section that holds a video of this lecture and also a lecture he gave in 2014 as part of the Archibald Knox 150th Anniversary Exhibition, which Anthony also curated. For those interested in the Arts and Crafts period, this material, together with his published articles also hosted on the website, provide an invaluable introduction to the silver of the period.

Anthony’s research started when he bought a radical pair of candlesticks hallmarked for 1898 and made by the firm of William Hair Haseler. Curious that such design should predate the famous London store Liberty & Co’s silver “Cymric” range, Anthony set about establishing the provenance of the candlesticks.

His research provided concrete evidence that the firm of William Hair Haseler, with the help of a local watercolorist and family friend, Oliver Baker, started to produce radical Arts and Crafts silver in 1898. Unable to sell any of these designs, Haselers ultimately found a like minded patron in the avant garde London retailer Liberty and Co. The Cymric silver range was thus born in which the two firms were partners. These early wonderful designs by Baker were then subsumed into the Cymric range and obscured both by Liberty’s branding and the emergence of the brilliant Archibald Knox, whose designs post 1900 dominated the range.

Anthony has, subsequent to this first research, drawn together more analysis on the origins of the Liberty Cymric range and early Arts and Crafts silver in general.

The timeline begins with the less well known Keswick School of Industrial Art who were the first Arts and Crafts silver producers in 1888 and hold claim to a 100 year history, ultimately closing in 1984 having survived their nearest competitor guild or school by nearly 50 years. The timeline also focuses on Charles Ashbee’s Guild of Handicrafts who started to craft silver as early as 1888 and who, apart from producing some of the most exciting silver of the period, also showed the world the benefits of organizing as a guild, heralding modern day themes of worker participation, broad equity ownership and manufacturing and design integration.

Altogether Anthony discusses some fifteen designers and silversmiths of the period who produced relatively few works, principally in the period 1895-1914. Today these are some of the most prized collecting areas in silver, and in British Arts and Crafts, with the best pieces commanding prices over ten thousand dollars, with Archibald Knox’s most important works reaching six figures.

Examples of work from this period can be found at the following London galleries’ websites: 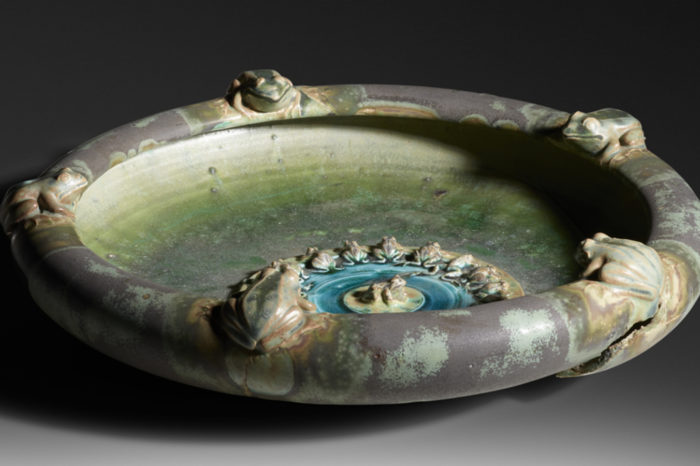 Rare and Exceptional Art Pottery Works Up For Bid This Weekend