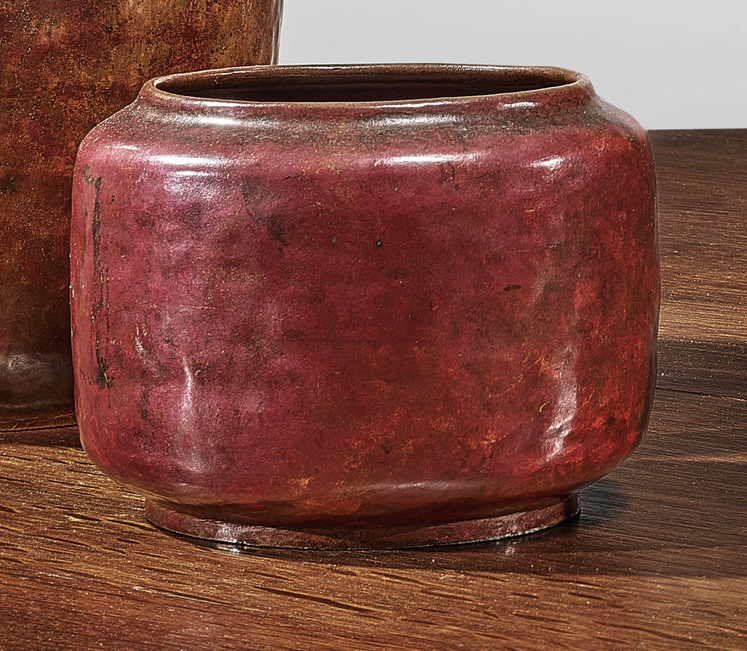 On a particularly thrilling Wednesday morning and afternoon, collectors all over the country were glued to their screens, watching bids soar on items by the icons of the Arts & Crafts Movement. Tens of thousands of dollars were spent – and in some cases hundreds of thousands – on high quality collector’s items during Sotheby’s December 12th Important Design Auction, which featured an elite selection of both pre- and Postwar European and American Design from the last century.

Several private collections contributed to this special auction, and while lots like the pair of “Végétale” mirrors by Claude Lalanne were highlighted, the prewar chapter of American Design was well represented by Charles Rohlfs, Gustav Stickley, Greene & Greene, and Frank Lloyd Wright. An Important Candle Stand by Charles Rohlfs thrilled its audience of bidders when it sold for $162,500 – more than $100,000 past its high estimate of $60,000. A Gustav Stickley Library Table also made headlines as it sold for $275,000 – also more than $100,000 past its high estimate.

Other works within the Sotheby’s catalog for their December 2018 Important Design auction features works by François-Xavier Lalanne and Harry Bertoia from the collection of Dick and Jane Stoker, an important and encyclopedic collection of clocks by Archibald Knox from the Talmor Collection, and important Prewar American and European Design from the Collection of Daniel Wolf. Exemplary works from the American Studio movement by Wendell Castle, Harry Bertoia, Peter Voulkos and George Nakashima round out the Postwar highlights.

Here are just a few of the items of the catalog of 166 lots: 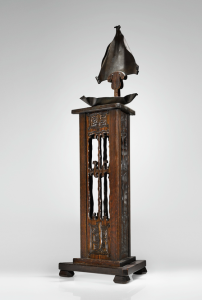 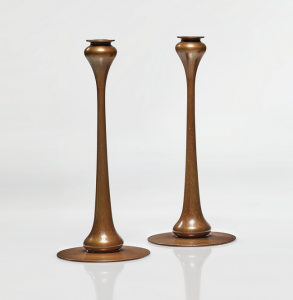 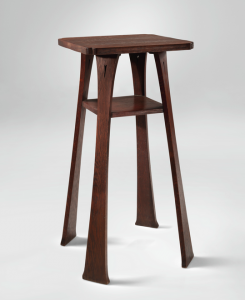 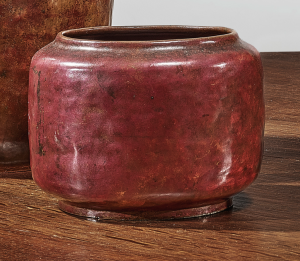 The vase features a DIRK VAN ERP impression inside an open box below a windmill and SAN FRANCISCO. The vase is made of hand-wrought copper and measures 4 3/8 in. (11.1 cm) high and 6 in. (15.2 cm) diameter. The vase was featured in the exhibition Bay Area Copper 1900-1950, Dirk Van Erp & His Influence, California Historical Design, Berkeley, California, 2012 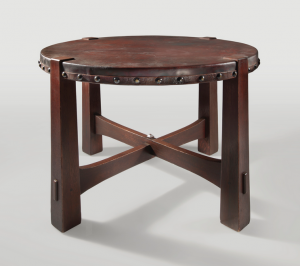 The table is made out of oak, original leather, and original patinated brass tacks. The table is measured 30 3/8 in. (77.1 cm) high and 40 3/4 in. (103.5 cm) diameter — and was executed by the Craftsman Workshops of Gustav Stickley, Eastwood, New York. According to its Sotheby’s listing, “There are only two other known extant examples of this rare table with reverse-tapered legs: one in the collection of the Two Red Roses Foundation, Palm Harbor, Florida, the other in a private collection.” 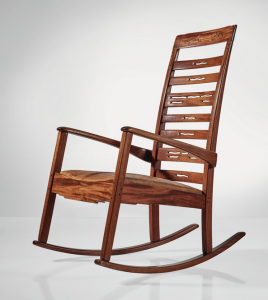 Lot 147: Greene and Greene, Rocking Chair from the Charles Millard Pratt House in Ojai, California (circa 1913)

To see the whole catalog and realized prices of the Important Design Auction lots, visit their website at www.sothebys.com. 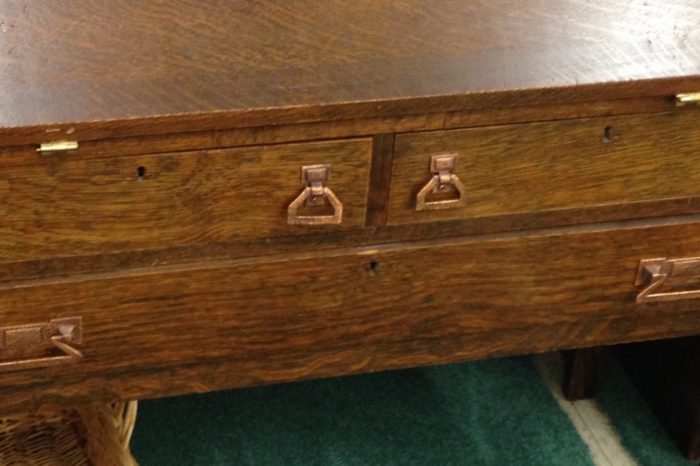 How To Get a Deal In Ten Minutes