The Famous – And Elusive – “GPI Chair” 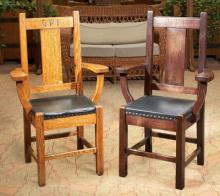 The Famous – And Elusive – “GPI Chair”

With the National Arts & Crafts Conference coming up in one month, I thought this Collector’s Guide article would be relevant to those readers with an eye for the furniture we love so much at the Conference. By the way, make sure you are getting your planning done for your time at the Grove Park Inn. If you don’t already have an attendee packet, please click here to access the online PDF version on our website. Now for a brief history of the Grove Park Inn chair… 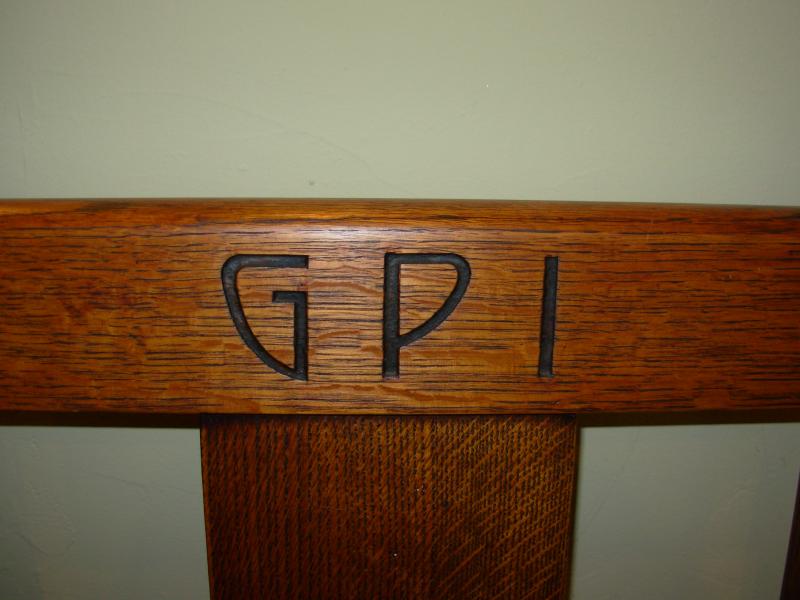 When Frederick Loring Seely, the son-in-law of Edwin Wiley Grove, who also served as contractor for the Grove Park Inn, was ready to select the furnishings for what would be called “the finest resort hotel in the world,” he bypassed both the Limbert Furniture Company (which had outfitted the Old Faithful Inn) and the Craftsman Workshops of Gustav Stickley, tapping, instead, the small Roycroft Furniture Shop.

Unable to fill Seely’s entire order in the allotted one year, the Roycrofters opted to furnish the Plantation Dining Room and some of the public areas, beginning with an order for 400 straight-backed oak dining chairs with stretched leather seats. Each chair bore two identification marks: the familiar Roycroft orb-and-cross carved into the side of the rear post, plus the initials “G P I” blazed prominently into the crest rail.

In 1919 Fred Seely placed an additional order with the Roycrofters: 350 pairs of demi-arms he had his workers at Biltmore Industries attach to the chairs from the dining room. Those in use in some of the offices and the basement recreation rooms (which formerly included a bowling alley and indoor swimming pool) were left in their original armless state. 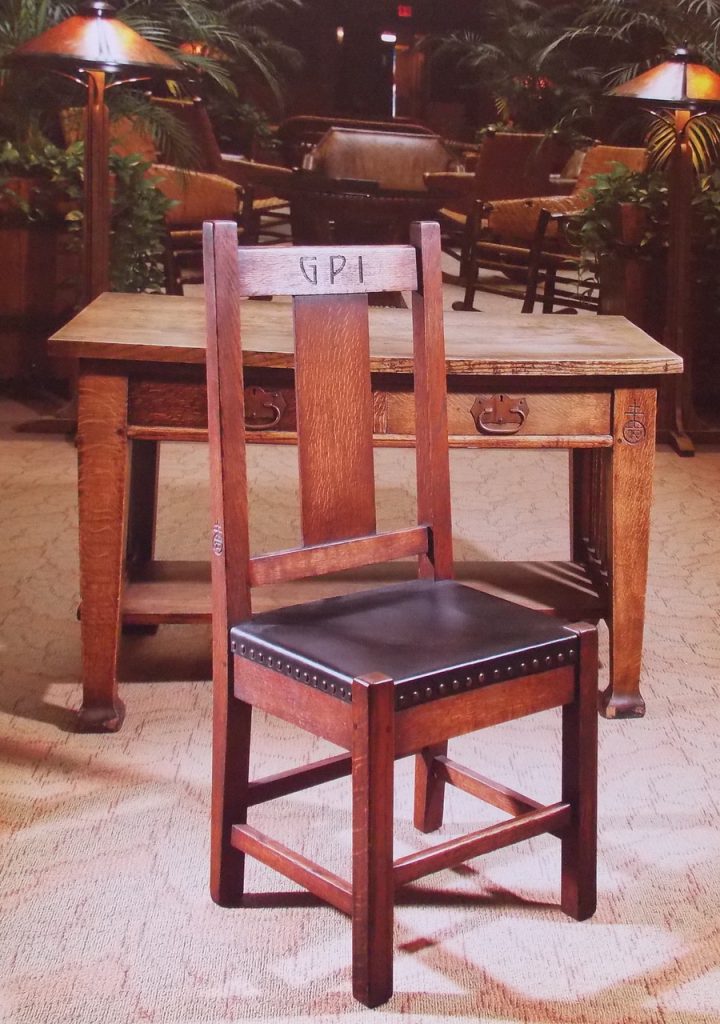 The GPI chairs, as they are known to Roycroft collectors, were used at the hotel until 1955, when the majority were offered for five dollars apiece. Only about twenty GPI chairs now remain in the hotel’s collection, the rest having been sold to employees and local residents, as well as several to an Asheville nursing home and a bar on Eagle Street.

When word spread of the early Arts & Crafts Conferences, one enterprising Asheville antiques dealer rounded up as many GPI chairs as he could find, then set up a yard sale a few blocks from the hotel, selling chairs to Roycroft collectors on their way to the conference.

Determining how many of the original 400 chairs have survived would not be easy, for it was not until the 1980s that they were considered anything other than old hotel chairs. Never noted for their comfort, the hard leather seats have generally split by now. A 1913 GPI chair with its original finish would be as rare as one without the 1919 arms, for they were known to have been refinished during their service at the hotel. 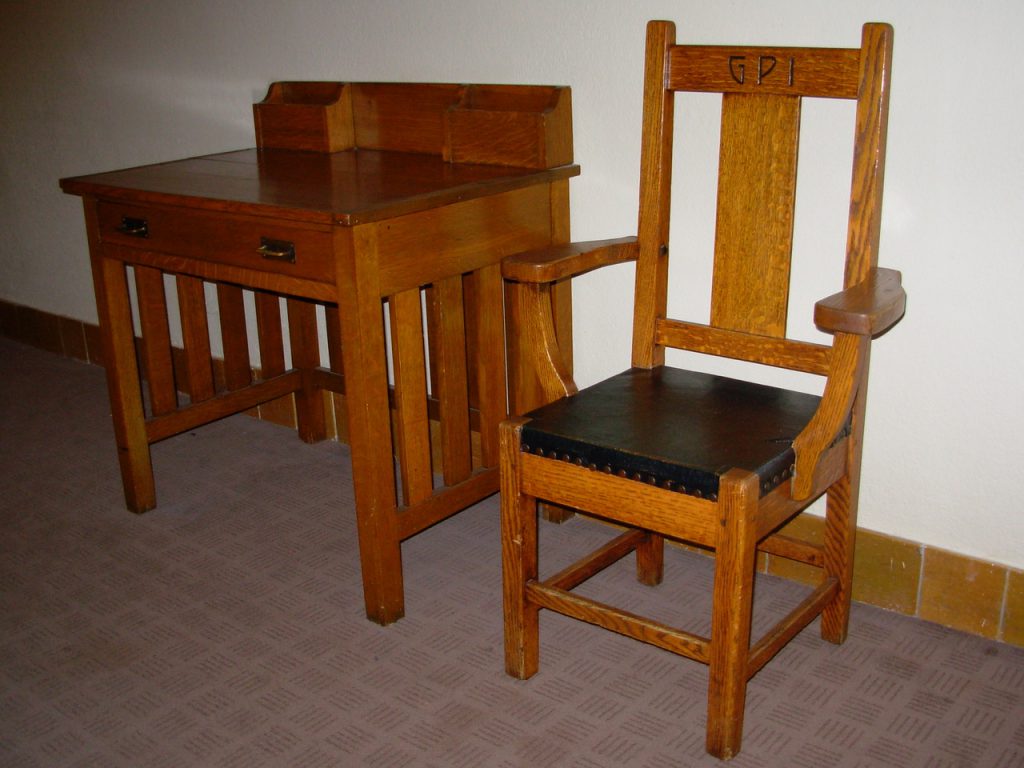 Nevertheless, those chairs which have since been properly restored to their original appearance, haven’t suffered any major damage, and which still retain their original leather seats typically sell in the $2,500-$3,000 range.