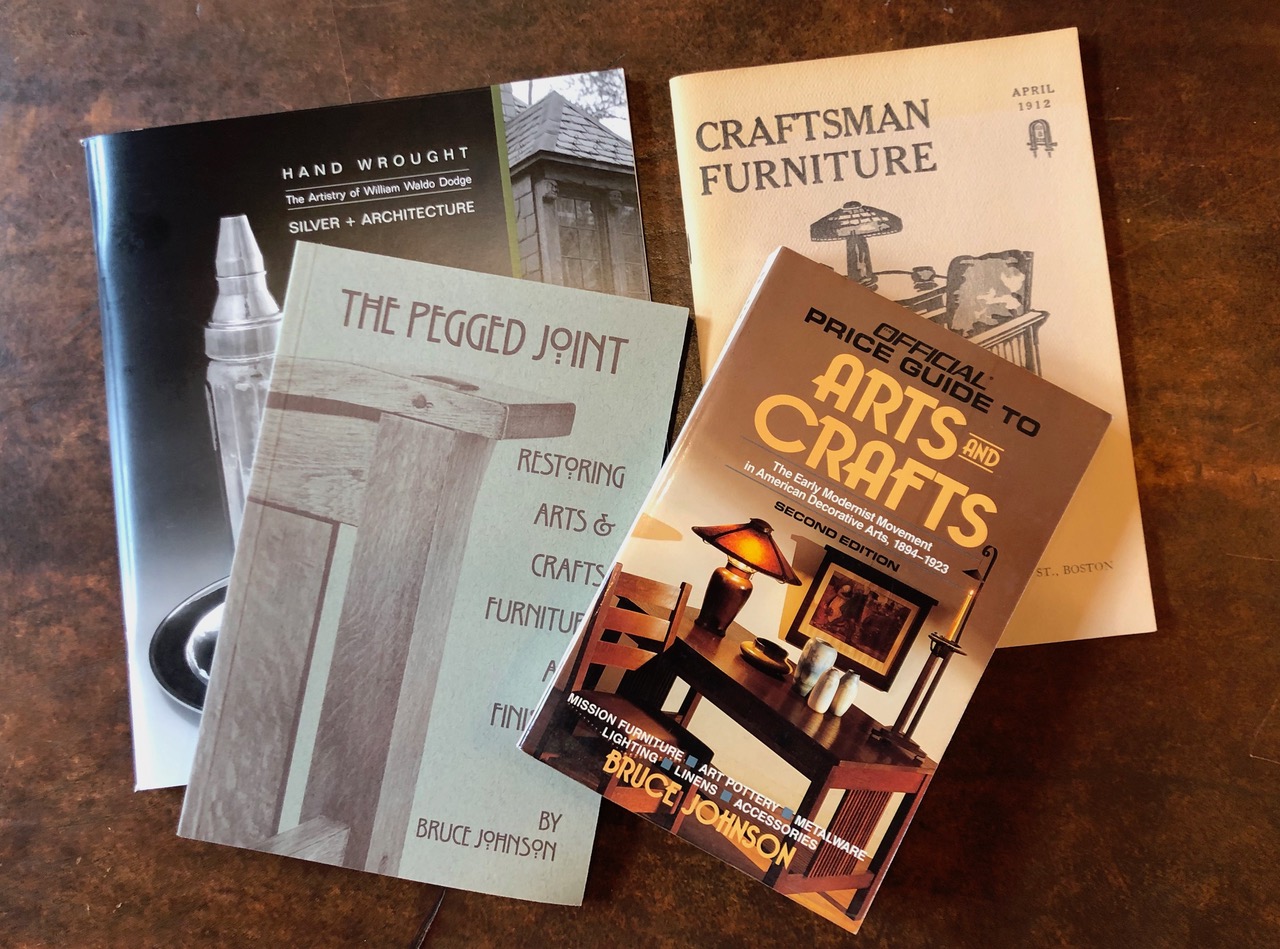 Seeing all of the fabulous Arts and Crafts items, both vintage and contemporary, at the 33rd National Arts and Crafts Conference prompted me to reflect on my own collecting experience, as evidenced in this week’s Little Journey. One of the few advantages of growing older is that we gain a perspective not unlike that attained at the top of a summit, looking back to see where we have been and the stages we passed through along the way.

Stage One for me as an Arts and Crafts collector began when I was in my twenties and had my first experience with a set of Roycroft chairs in Mrs. Summerwill’s basement. While this wasn’t exactly an encounter like Dustin Hoffman experienced with Mrs. Robinson in “The Graduate,” I certainly was seduced. And infatuated.

I define Stage One for me as buying anything and everything — the good, the bad, and the ugly — that was brown and pegged. Sometimes all it had to be was brown, like the 900-pound, poorly-veneered, mission oak hide-a-bed that was as hard to look at as it was to sleep on. 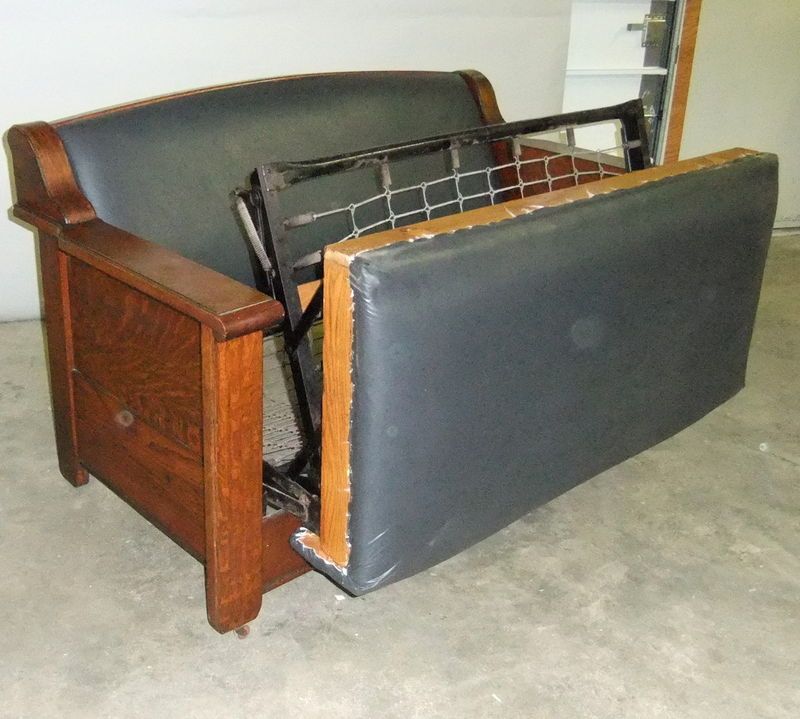 Stage Two, thankfully, came a short while later, as I began doing my research. As I absorbed the information such early authors as David Cathers and Stephen Gray shared with us, I became a more discriminating collector. I began learning to walk away from poorly-constructed, over-refinished, generic examples, saving my hard-earned cash for better pieces.

I advanced to Stage Three when my collection outgrew both my house and my budget. I obtained a state sales tax number, created a business name (“Craftsman Antiques”), and became an official antiques dealer. I rented a mall space and also began selling privately to other Arts and Crafts collectors, all of which enabled me to support my habit as I sought to improve the quality of my own collection. 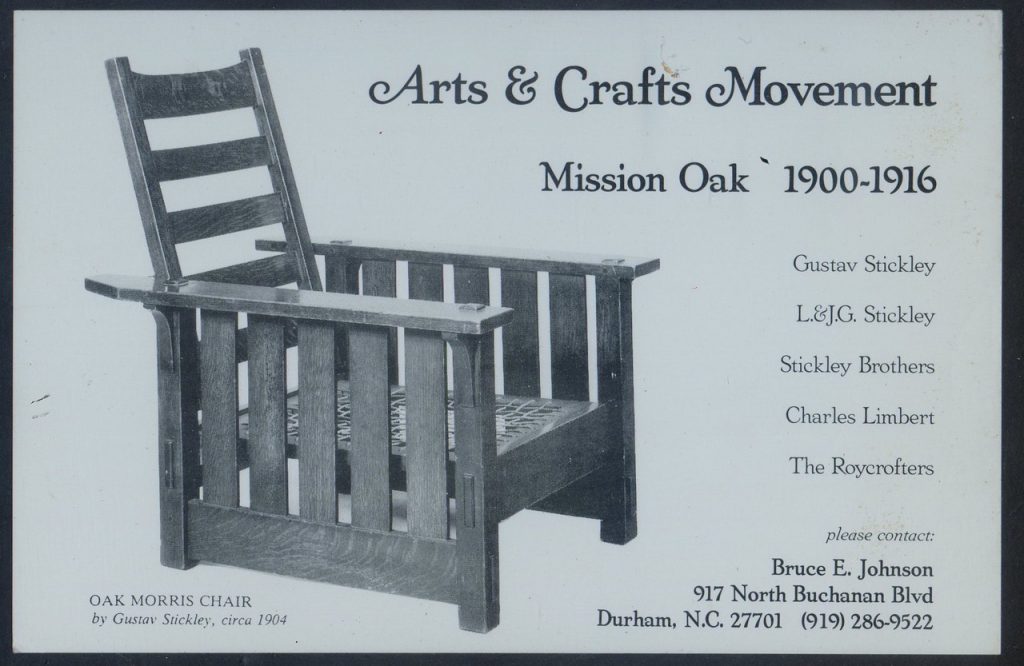 Stage Four grew out of Stage Three, when I began buying even more pieces knowing I would be selling the majority of them. The well-known secret to selling anything is to know your product, so I began doing even more research into Arts and Crafts firms. As I did, I experienced the desire to share that information with more than just a single client, so I began writing about Arts and Crafts in my articles, newspaper columns, and books, gaining as much satisfaction from sharing my information as I did in buying or selling another piece of furniture. As I did, my activity as an antiques dealer dwindled to selling only a piece or two a year. 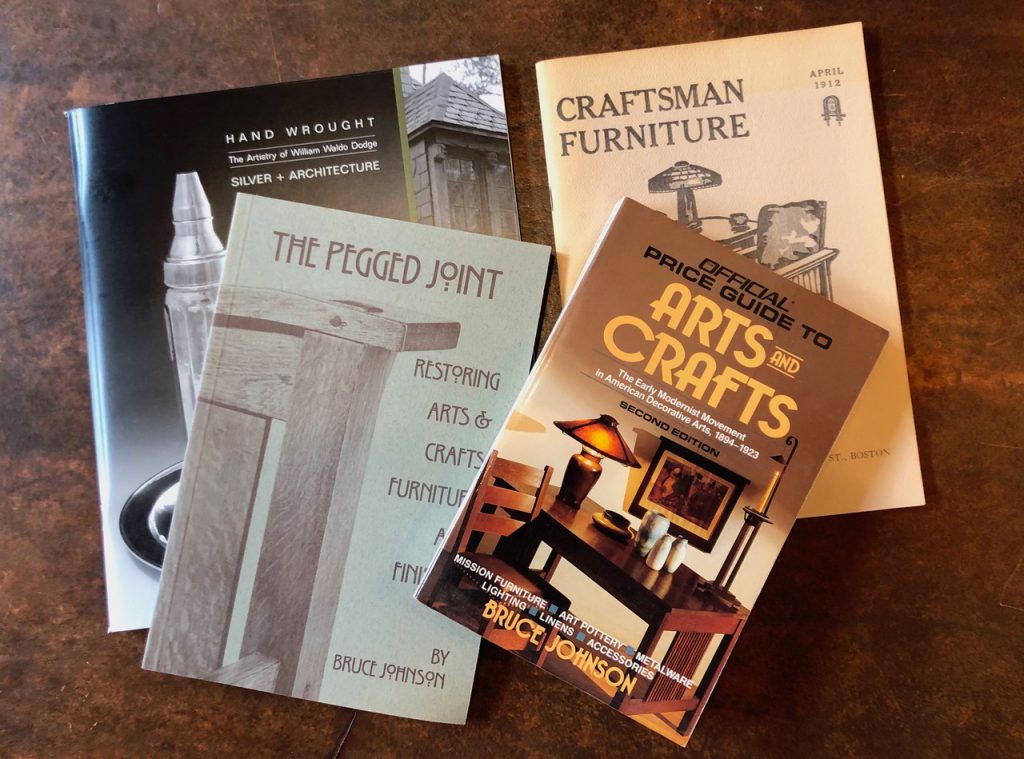 I’m now in Stage Five, making tough decisions about which pieces we are going to keep and what to do with those that have been in storage for months, even years. Last week I found a pair of oak wall sconces that have been in the same cardboard box since 1985. Rather than continuing to think I will someday find a place to use them, they are now going to a new home – someone else’s home, where they can be appreciated. Call it downsizing or re-homing unnecessary pieces, I am enjoying the feeling of releasing pieces to collectors who are now at an earlier stage in their lives.

Where are you at? 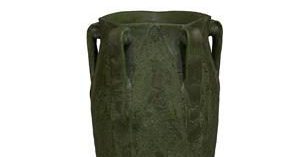