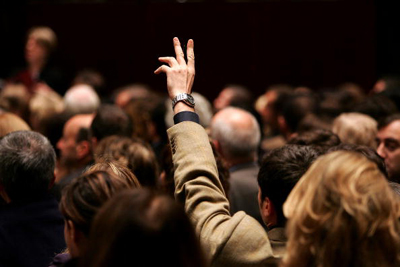 Collections of pottery and famed silver were up for the highest bidder on Sunday, June 24th at Toomey & Company’s Art & Design Auction – and bidders took notice and action. Pieces by well known names in the Arts and Crafts movement were part of Sunday’s auction – Teco Pottery, The Kalo Shop Silver, Gustav Stickley, Dirk Van Erp, Grueby Faience Company, and Rookwood Pottery among others. Lucy Toomey, CEO of Toomey & Co Auctioneers confirmed the success of the auction, declaring “We had a successful second sale under the new brand. We are continuing to see more and more new clients coming to us through advertising efforts and our new website.” According to Toomey, the auction brought in more than $1 million in realized prices – including a few pieces selling for over the $10,000 mark. 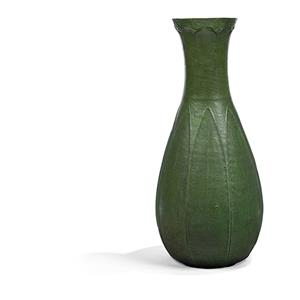 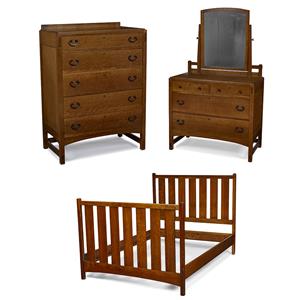 The high sellers include a Grueby Faience Company floor vase and a furniture set designed by Charles Limbert. The former – a signed matte green glazed ceramic floor vase with a carved leaf and flower decoration – is 9 1/2″ wide x 21 1/2″ tall and exceeded its $7,000 high estimate value with a realized price of $11,875 – a near $5,000 difference! The set of furniture, designed by Charles P. Limbert Furniture Company, was comprised of a bed frame, a dresser with mirror, and a chest of drawers, made of oak and all signed and numbered. The set sold for $10,000 – $3,000 more than its high estimated value of $7,000.

Signed pieces from Gustav Stickley and Tiffany Glass art works did well, most selling towards their high estimate. Toomey listed the branded and signed Gustav Stickley mantle clock for a strong seller at $8, 750. The mantle clock – made of oak, copper, and leaded glass – comes to the auction out of Eastwood, New York and is 9 inches wide by 13 ¾ inches high by 5 inches deep. Meanwhile, listed in our preview, the Duffner & Kimberly Company hanging shade sold for $6,875 near its high estimate. 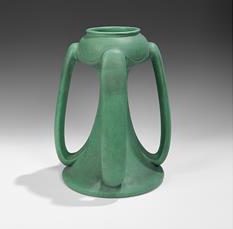 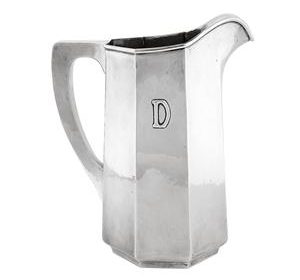 The Kalo Shop Silver collection – a highlight of the auction – featured did very well. For instance, take this large paneled Kalo Shop sterling silver pitcher, whose realized price excelled the estimated value – selling more than $500 past its high estimate. It should be noted that within this auction was one of the largest collections of The Kalo Shop silver featured ever with over 30 pieces on display. The popular pottery brand Teco was also well-represented at the auction. Toomey listed the four handled vase as a strong seller as well, noting its realized price selling past the high estimate.

Toomey & Co is currently accepting consignments for their September Art & Design sale through the end of July. 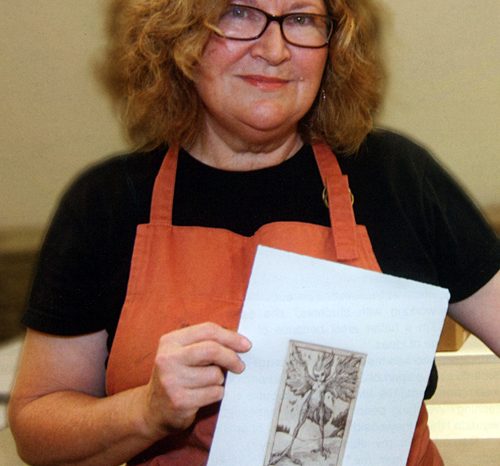