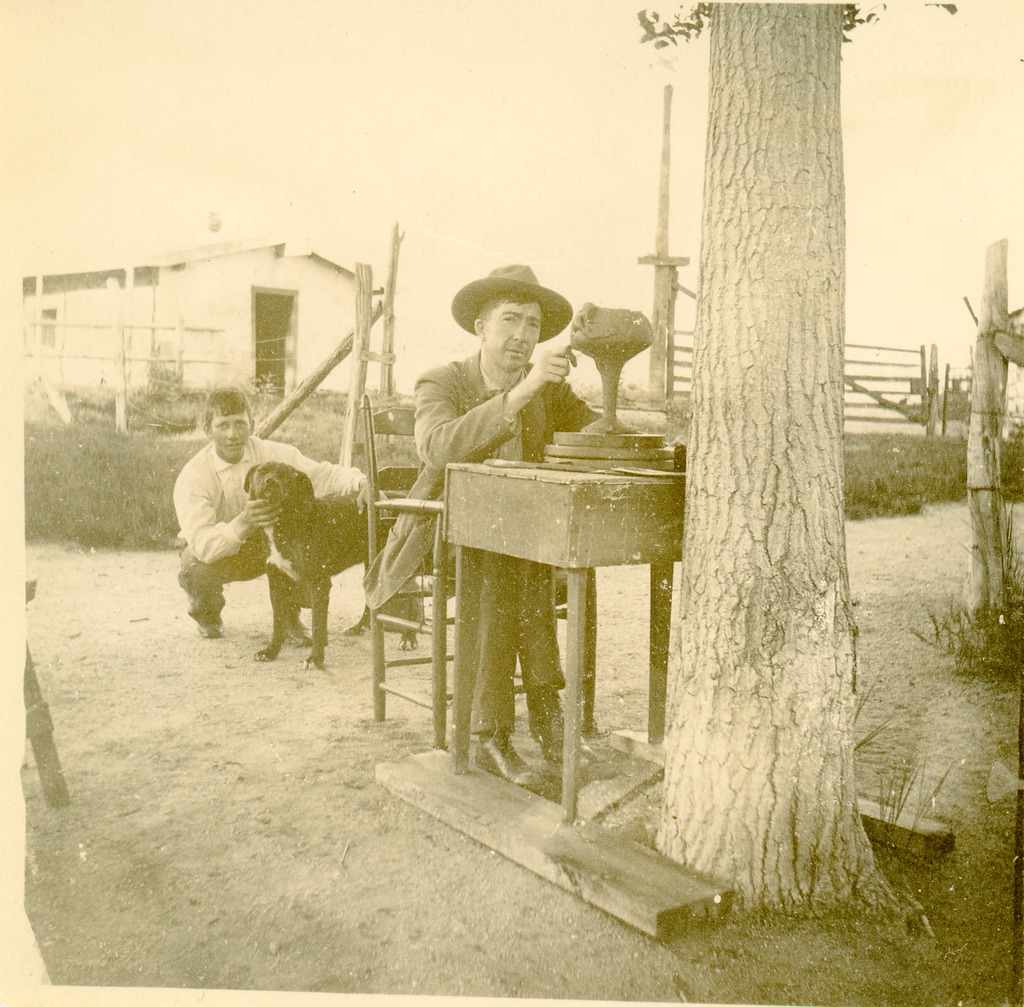 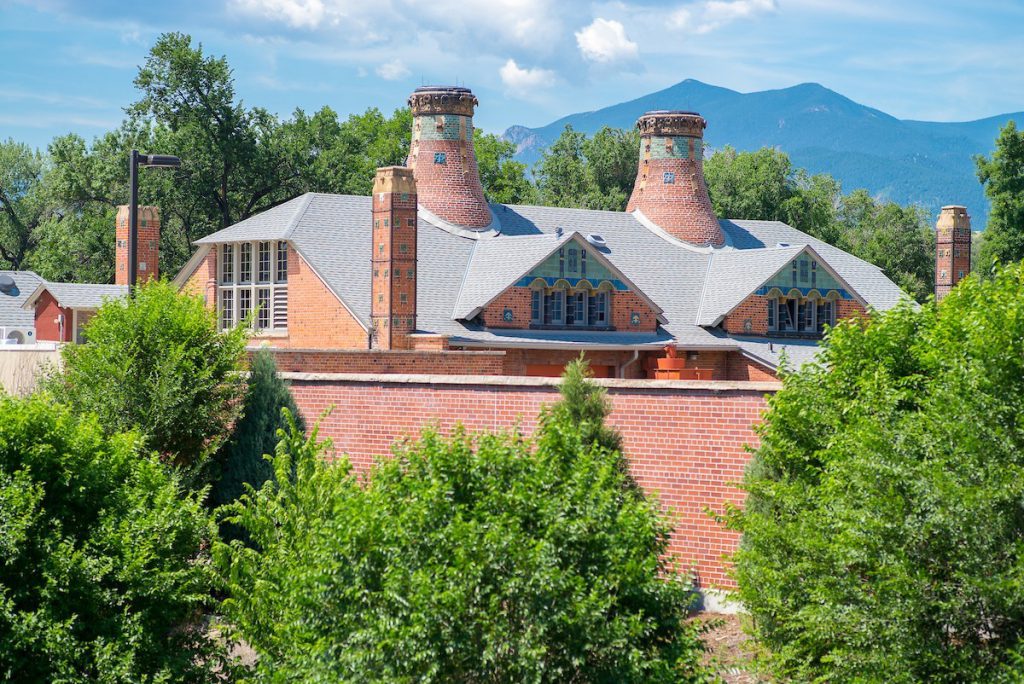 The lives of Artus and Anne Van Briggle will be shown among pottery presentations, demonstrations, and tours of his memorial building during the Historic Van Briggle Festival & Tour, coming to Colorado Springs this September.

Tours are $15; free for children under 14 accompanied by an adult. The tours will leave every 20 minutes – timed tickets go on sale on Friday, Sept. 13 from 3 p.m. to 5 p.m. at the Van Briggle Pottery Building. Proceeds fund WES scholarships and scholar programs at Colorado College.

At the Van Briggle Festival & Tour, attendees can:

Artus Van Briggle is at his worktable at the HOP Ranch near Hanover, Colorado in 1900 creating a toast cup while William C. Holmes watches with his dog, Curly, in the background. Original photo was taken by Agnes E. Holmes, 1882-1968, near Hanover, Colorado., Public Domain, courtesy of Wikimedia Commons.

Born to an artistic family in Ohio, Van Briggle was taken under wing by the owners and decorators of Rookwood Pottery, who sent the young man to Europe to further his studies, where he was introduced to the Art Nouveau style which was to influence his subsequent designs. He returned to Rookwood in 1896, but fell prey to tuberculosis, prompting him to move to Colorado Springs in 1899. His fiancé, artist Anne Louise Gregory, joined him in 1900, and supported them as a high school teacher. After two years of experimentation, his first successful pieces emerged from his brick kiln in August of 1901. 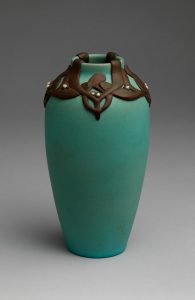 Mistletoe Vase, created by Artus Van Briggle for Van Briggle Pottery Company. This file was donated to Wikimedia Commons as part of a project by the Metropolitan Museum of Art. See the Image and Data Resources Open Access Policy, CC0

Anne and Artus were married in 1902, and became working partners as well. Sales of their early pottery, tiles and terra-cotta enabled the couple to hire as many as fourteen staffers, but their hard-earned success suffered a daunting blow when Artus died just two years later at the age of 35. Despite the hardship, Anne assumed management of the firm, guiding it to further success, capped by a new, expanded pottery in 1908, the same year that Anne remarried. Despite her best efforts, the pottery slid into bankruptcy in 1913, after which it went through a series of owners. Nevertheless, it remained an active pottery until just a few years ago.

Part of the reason for their continued operation lay in the fact that the firm utilized molds to duplicate their most popular forms, including many of Artus Van Briggle’s earliest designs. Naturally, those which can be documented through shopmarks to have been created prior to his death in 1904 are considered the most desirable, often commanding five-figure prices.

Production in their three-person pottery began in late 1900, but by the fall of 1903 the deadly disease had effectively ended his career. With Anne at his bedside, Artus Van Briggle died in their Colorado Springs home on July 4, 1904. He was just 35. 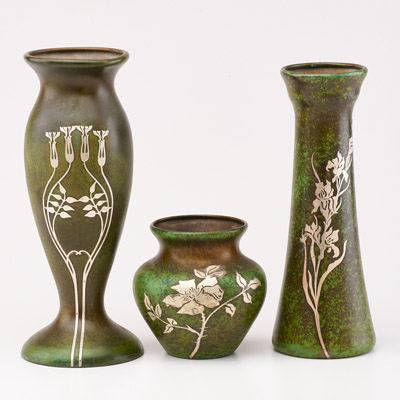