No one likes collecting something they hardly ever find, which helps explain the growing popularity of Van Briggle art pottery. Find an antiques shop or mall of any considerable size and odds are you’ll also find a piece of signed Van Briggle pottery.

Artus Van Briggle joined the potters at Rookwood Pottery in Cincinnati in 1887. Recognizing his talents, the owners sent him to Europe in 1893-1895, where he was introduced to the Art Nouveau style which was to influence his subsequent designs. He returned to Rookwood in 1896, but fell prey to tuberculosis, prompting him to move to Colorado Springs in 1899. His fiancé, artist Anne Louise Gregory, joined him in 1900, and supported them as a high school teacher. After two years of experimentation, his first successful pieces emerged from his brick kiln in August of 1901. 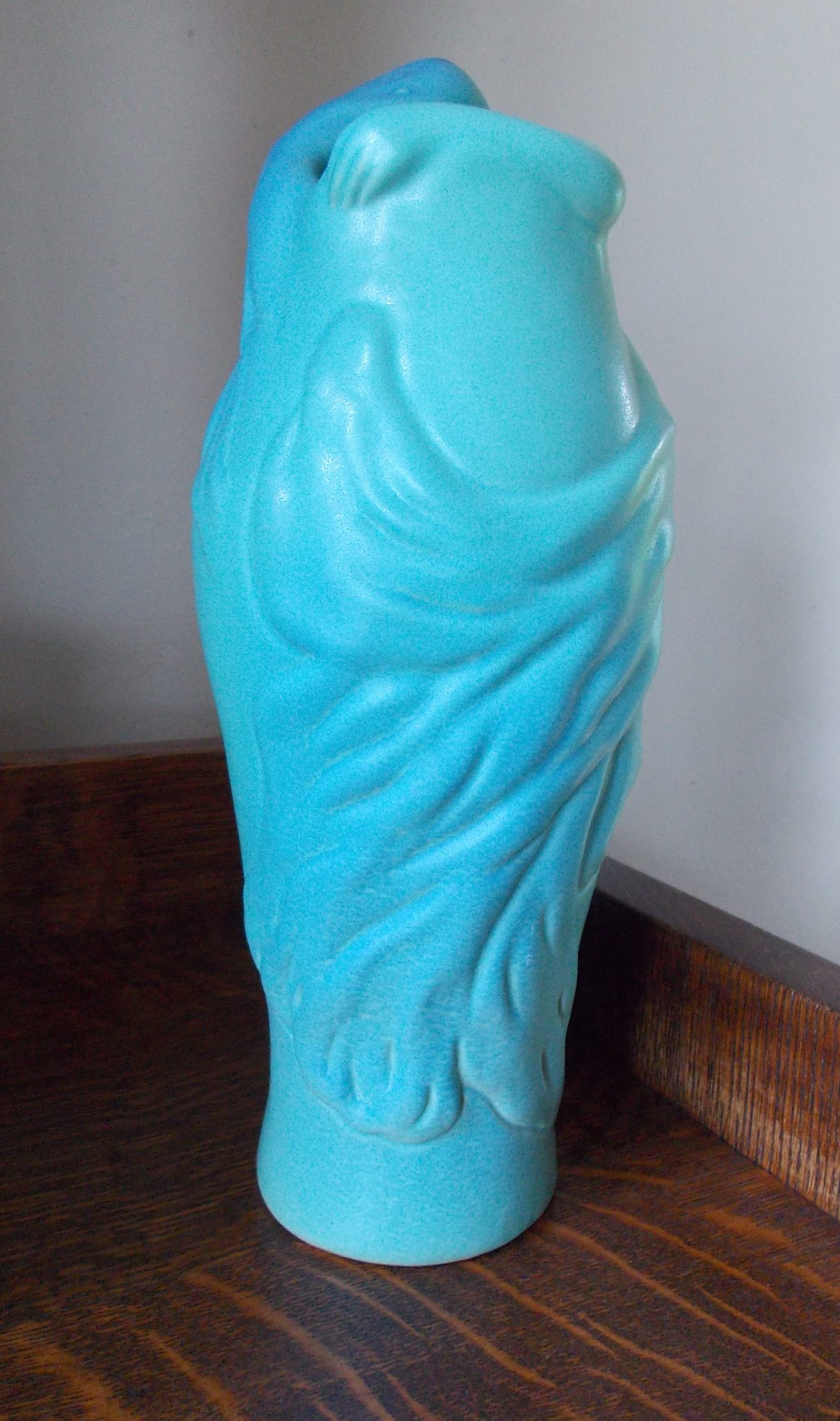 Anne and Artus were married in 1902, and became working partners as well. Sales of their early pottery, tiles and terra-cotta enabled the couple to hire as many as fourteen staffers, but their hard-earned success suffered a daunting blow when Artus died just two years later at the age of 35. Despite the hardship, Anne assumed management of the firm, guiding it to further success, capped by a new, expanded pottery in 1908, the same year that Anne remarried. Despite her best efforts, the pottery slid into bankruptcy in 1913, after which it went through a series of owners. Nevertheless, it remained an active pottery until just a few years ago.

Part of the reason for their continued operation lay in the fact that the firm utilized molds to duplicate their most popular forms, including many of Artus Van Briggle’s earliest designs. Naturally, those which can be documented through shopmarks to have been created prior to his death in 1904 are considered the most desirable, often commanding five-figure prices. 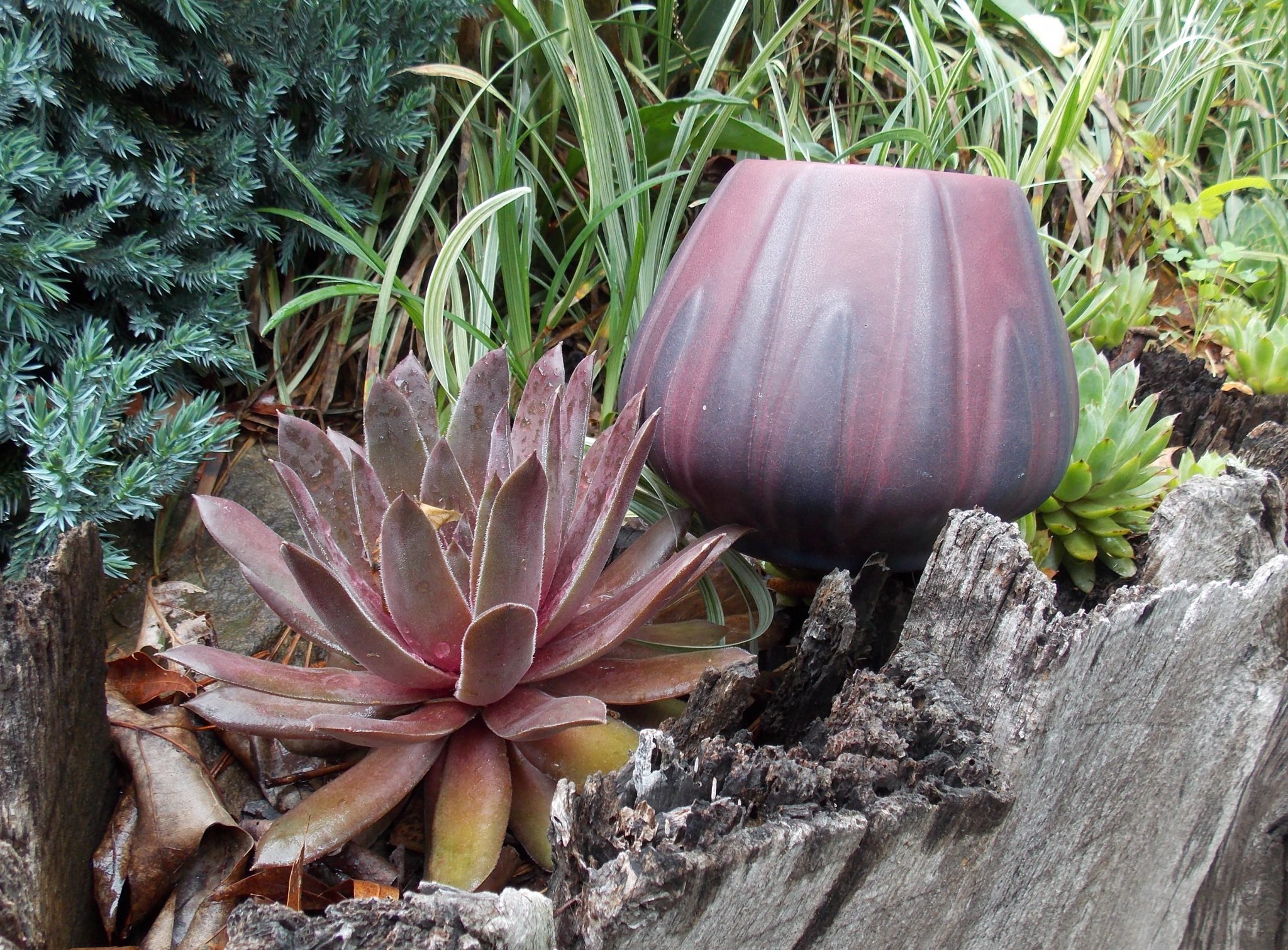 Given the tens of thousands of pieces which were produced over more than 100 years, collectors can choose a variety of ways in which to collect Van Briggle pottery. Some choose particular forms, such as the Lorelei vase or the Lady of the Lilly, and gather different examples and colors from various decades. Others pick a particular glaze color, such as turquoise, mulberry, Persian Rose, russet or black, and collect different forms in the same color. 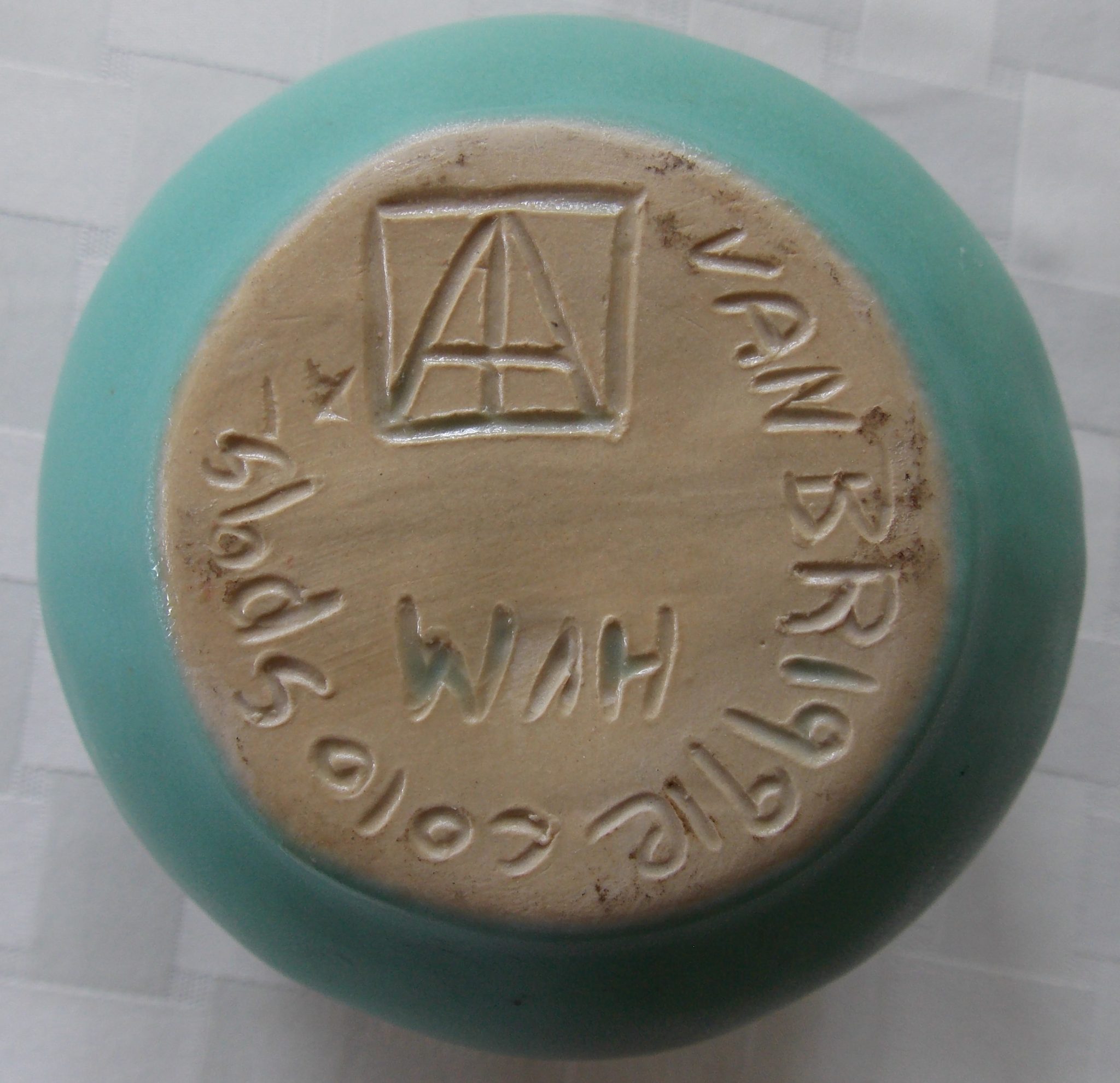 Regardless of your approach, you’ll be encouraged by the fact that the Van Briggle Pottery was meticulous about signing each piece of their pottery. With only a few exceptions, each piece was marked with some variation of the conjoined “AA” which Artus and Anne created in 1901. Many early pieces also contain the year incised into the bottom. After 1906 the town “Colorado Springs” could also be found, as well as other variations, such as the addition of “U.S.A.” from 1922 until 1929.

You’ll also be encouraged by the amount of available information scholars and researchers have unearthed, documented and published. The list is too long to include here, but a quick internet search will get you started collecting Van Briggle pottery and tiles.