My son Eric was home for a week, so we decided to make a return trip to downtown Asheville’s historic house museum honoring Thomas Wolfe, author of Look Homeward, Angel (1929). The late Victorian home had also served as a boarding house run by his mother, so, as the tour guide explained, Wolfe grew up without a room to call his own, having to take whatever bed was available after the boarders settled in for the night. 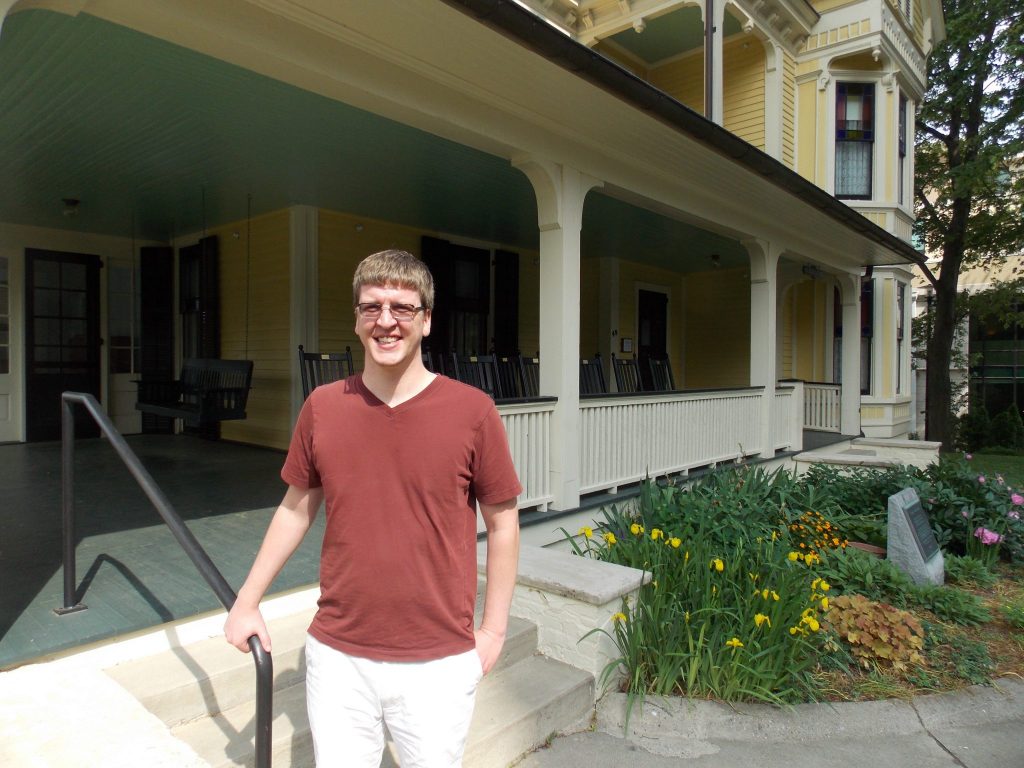 Our first irony occurred as we were leaving the Thomas Wolfe Home and visitors center. I turned on NPR to catch the news at the top of the hour, only to discover that the “other” Tom Wolfe, novelist and author of The Bonfire of the Vanities and The Right Stuff, had just died at age 88. 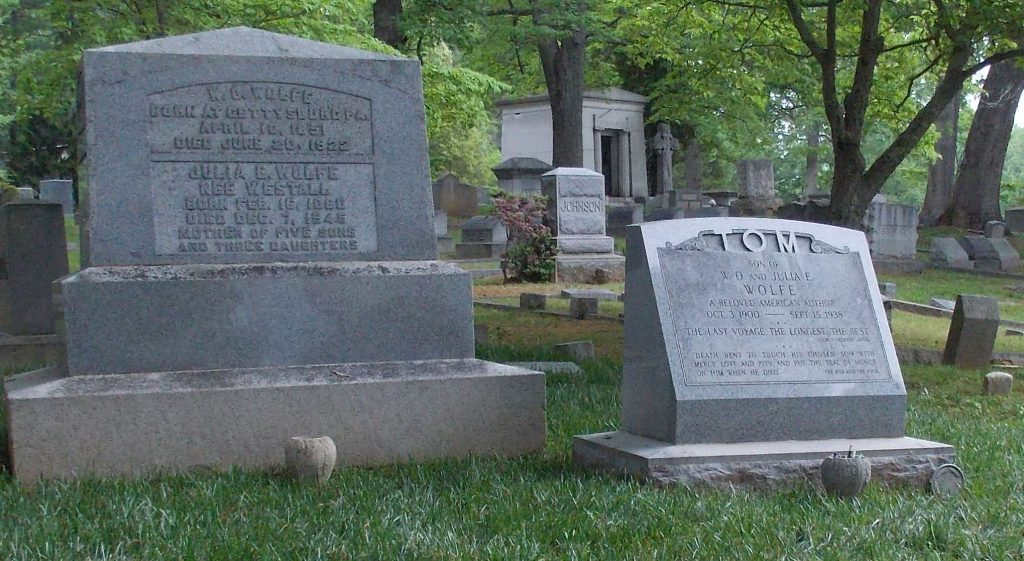 Our next stop was Riverside Cemetery, on the western edge of Asheville, overlooking the French Broad River. We parked my truck and quietly walked beneath the leafy oaks to the slight rise where several members of the Wolfe family are buried. It was an overcast day, perfect for taking photographs. As I lined up one of my shots, I could see a large tombstone, one I had never noticed on my previous trips. It was located directly behind that of Thomas Wolfe. The family name was the same as ours:  Johnson.

I glanced over at Eric. “See that?” I asked. He nodded. 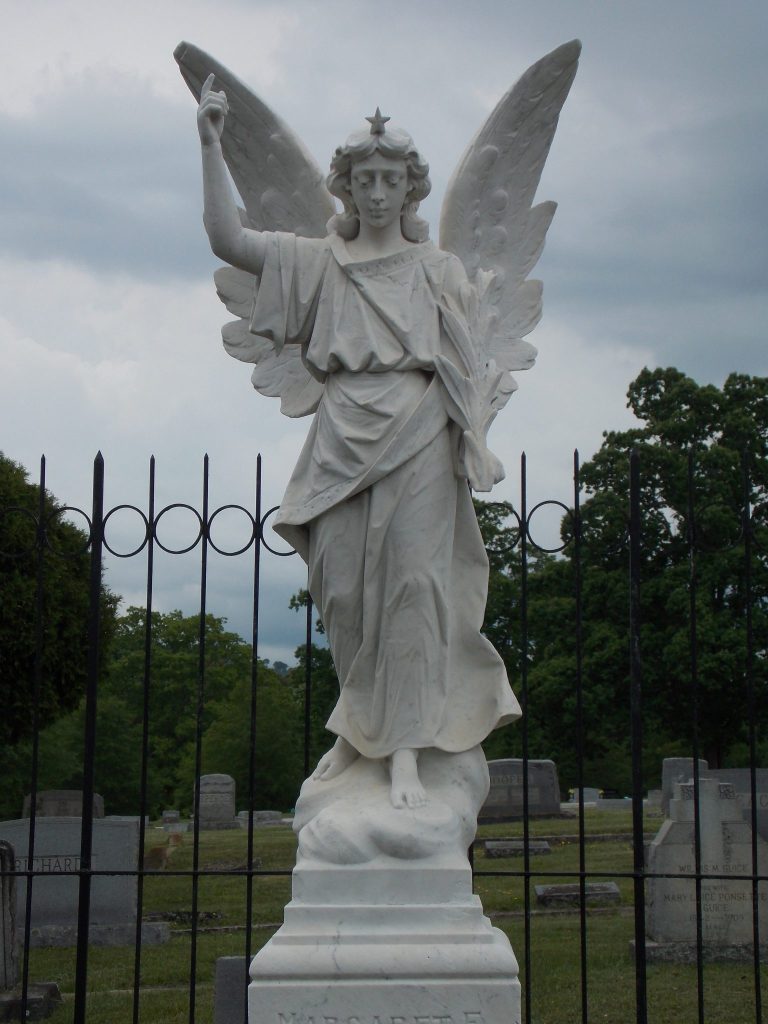 Eric had assumed that the famed marble angel for which the autobiographical novel was named had been placed over Thomas Wolfe’s grave when he died at age 38 in 1938 from tuberculosis of the brain. In truth, the marble statue had been imported from Italy by Wolfe’s father, a tombstone carver, who displayed it in front of his tombstone shop on the Square in Asheville.

The marble angel had been purchased from Wolfe’s father in 1905 and shipped by train twenty-two miles south to Hendersonville, where it was prominently placed in the town’s main cemetery one mile west of downtown. As we approached, the inscription W.O. Wolfe had carved on the granite base gradually came into focus, along with the name of the family who had purchased the marble angel in 1905:  Johnson. 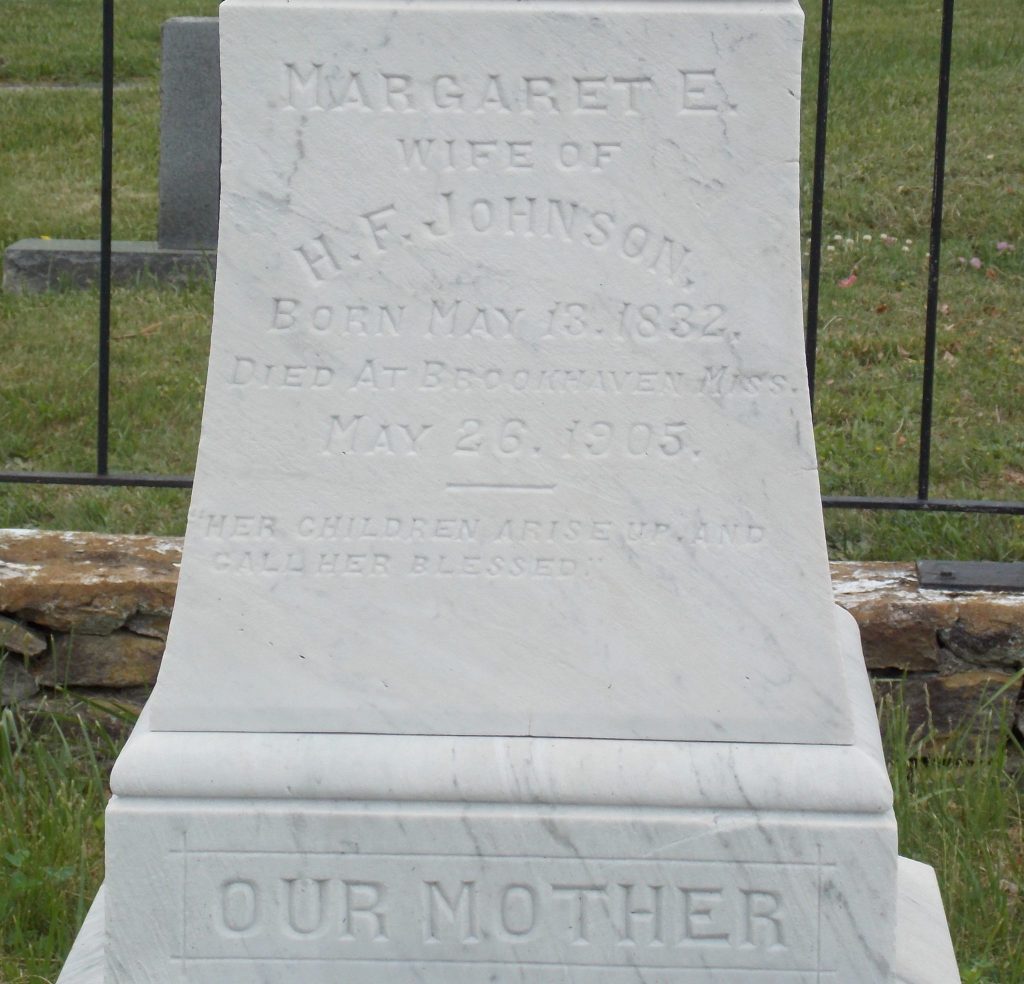 We just looked at each other. As Eric walked away, I glanced at the darkening sky, wondering if lighting was about to strike. 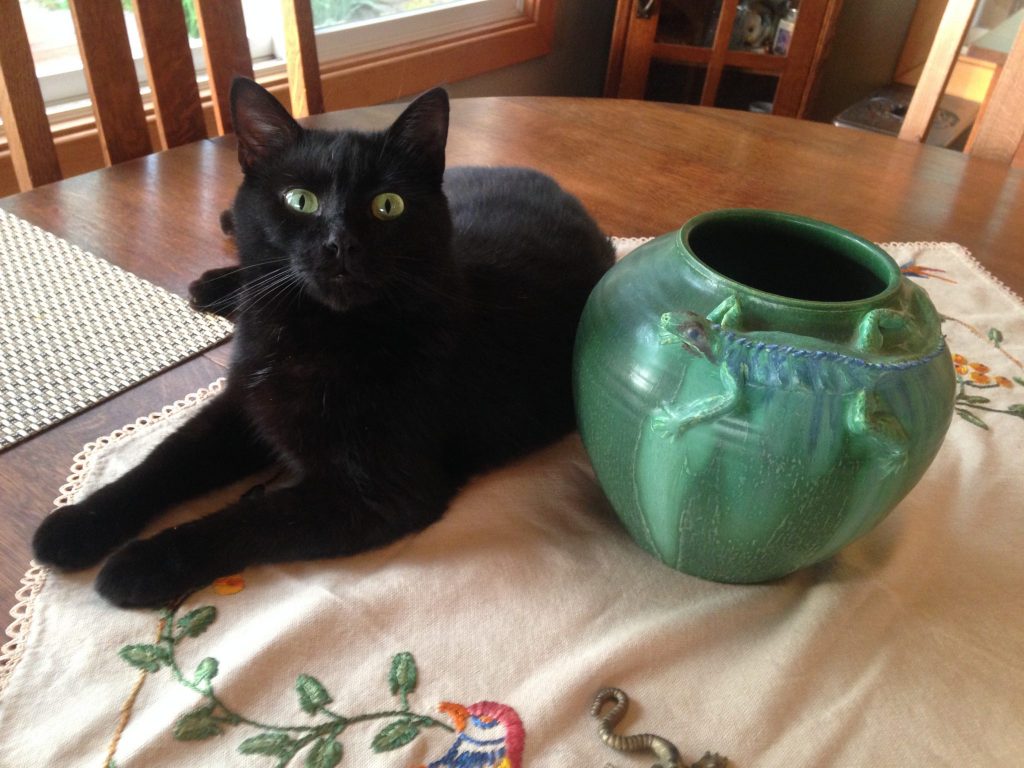 As someone who has a black cat, who has flown on Friday the 13th, who has walked beneath scores of ladders, and who once used a hammer to break several non-original full-length mirrors glued to the dining room walls of a 1914 Arts and Crafts house, I am not superstitious.

But after a day with three uneasy ironies, I just might be a little more cautious. 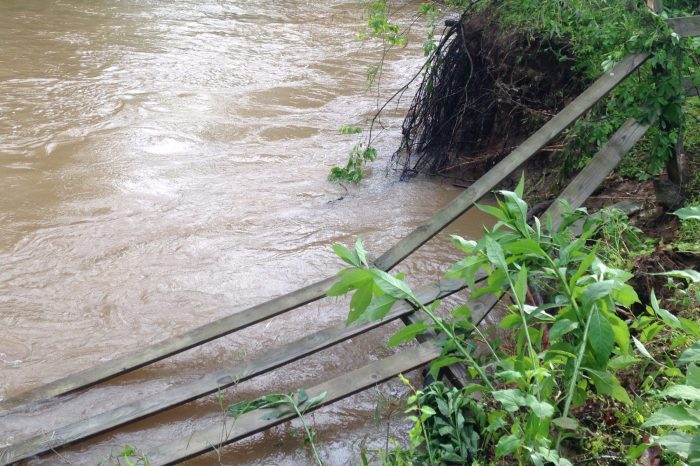