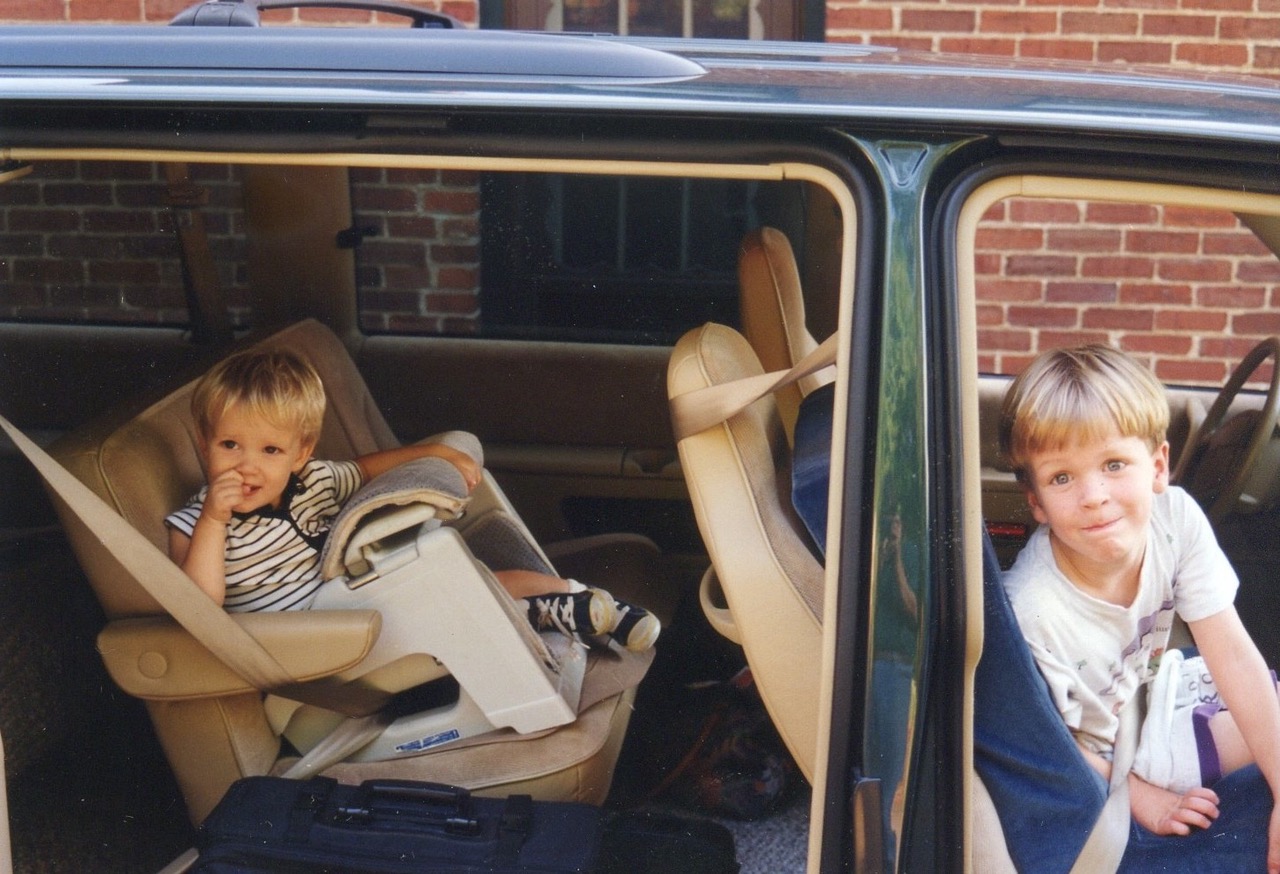 This week’s Collector’s Guide down below is one we pulled from our archives, as it deals with Arts and Crafts antiques which once had been inside the 1913 Grove Park Inn. Thinking about it brought back memories of some of my first encounters with those early Grove Park Inn antiques. 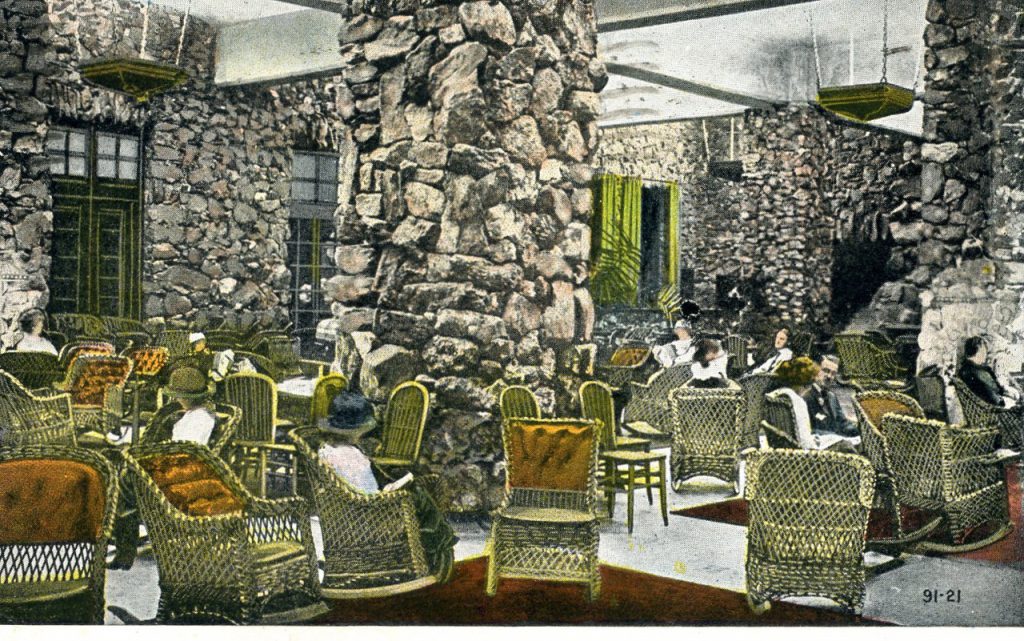 First, a disclaimer. The owners and management at the Grove Park Inn have always made it clear that they are not a museum, and that they had no interest in purchasing pieces which had once been a part of the hotel. They are satisfied with having an example of the Roycroft American Beauty vases once used in the lounges, as well as having a few of the original 400 Roycroft dining room chairs. Beyond that, they have no desire to purchase additional examples. 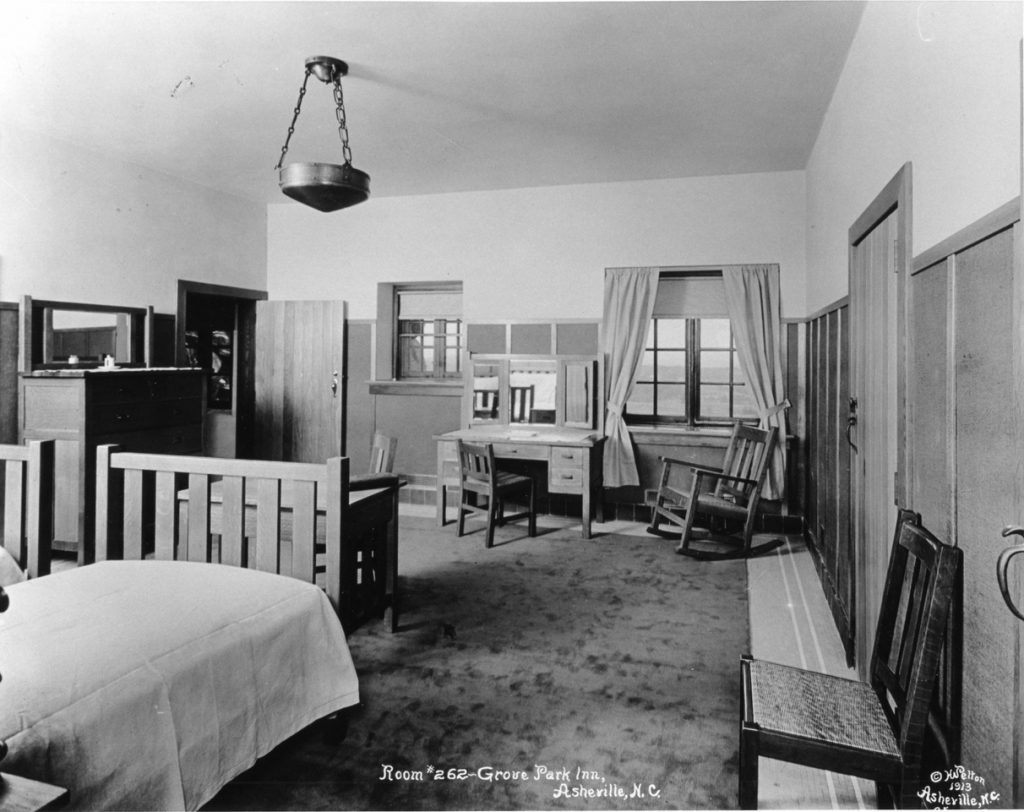 In the 1950s and 1960s, the hotel staff routinely sold, gave away, or threw away nearly all of the original 400 Roycroft dining room chairs. To their defense, the chairs never were comfortable and the stiff leather seats by then were dried out, cracked and split from 40 years of use and abuse.

When I arrived in 1988, I would spot the chairs in a variety of places, from a bar on Eagle Street to the hallway of a nursing home to damp basements and back porches. In a few instances the new owners had used a belt sander to remove the carved “GPI” initials. In those days you could buy one for anywhere from $50 to $300, depending on its condition.

Once I began inviting Arts and Crafts collectors to come to Asheville for the February Arts and Crafts Conference, demand for the chairs began to increase, as did the prices. 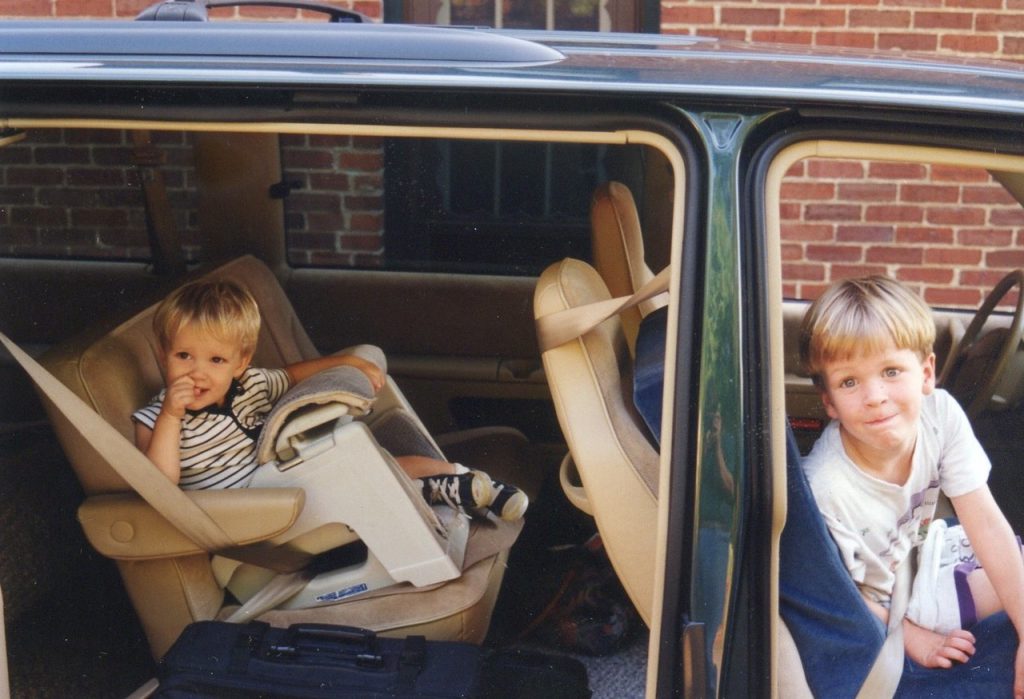 One Friday night a particularly fine example came up for bidding at one of our local auction houses. Naturally, I was interested, and took my oldest son Eric, who was then in grade school, along with me for the experience. By that time, however, I had six of the Roycroft-GPI chairs in my home and workshop, so I wasn’t feeling desperate for a seventh. Silently I set my limit at $300, as Eric and I waited in the rear of the room.

When the chair came up for bids, Johnny the auctioneer began extolling its history, nearly quoting some of my articles word for word. As he did, Eric whispered, “Dad, can I bid for us?”

After what felt like an eternity of hype for the chair, which the assistant carried around the room for everyone to see, Johnny finally opened the bidding.

“Who will give me a thousand dollars?” he proclaimed.

“My dad will!” he shouted back, waving his hand like he was hailing a New York taxi.

Johnny started laughing, and the entire room turned and smiled at Eric, who was looking up at me for approval. All I could do was nod.

As it turned out, on the other side of the room was a young man with a relative who had once worked at the Grove Park Inn. He was even more determined to take the GPI chair home with him, so Eric’s bid was soon surpassed.

And until Johnny’s hammer hit the podium, I kept a tight grip on Eric’s shoulder.

“Our greatest regrets are the ones we didn’t buy.” 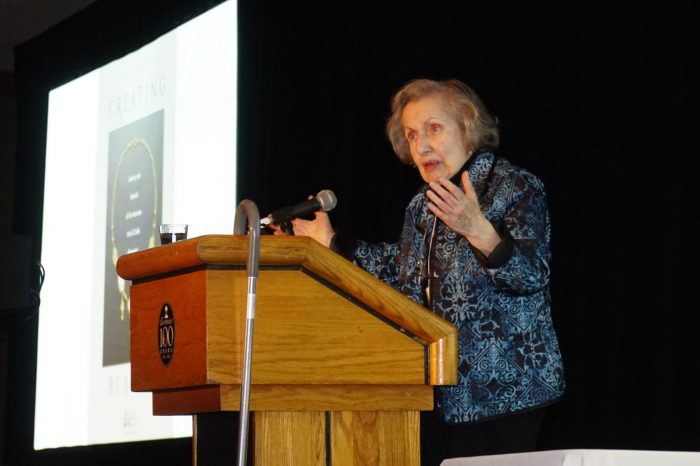