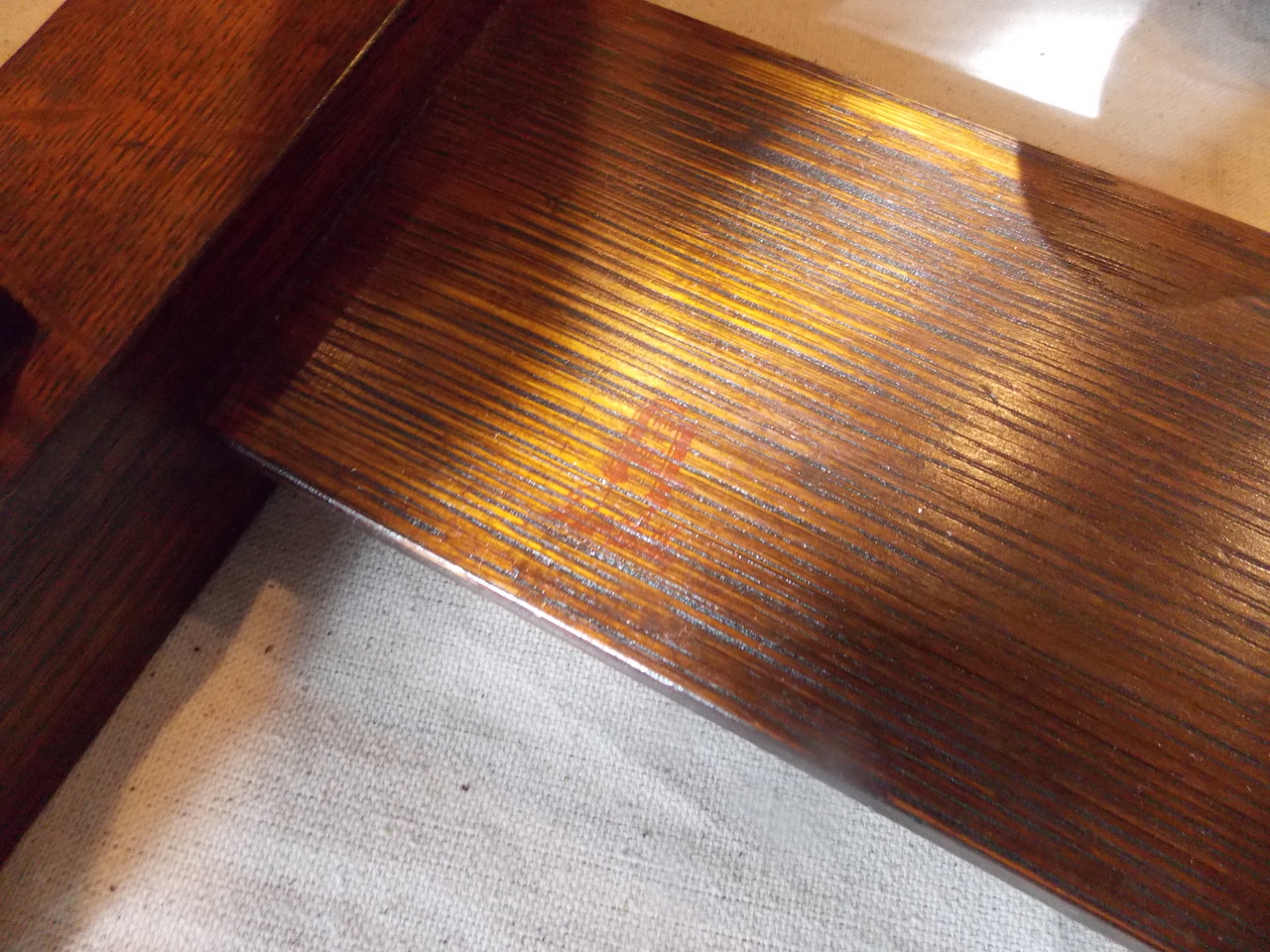 Back in the era before cell phones, emails, text messages, and instant photographs, we had little to rely on when someone called with a piece of Arts and Crafts furniture for sale. I would typically start with some basic questions, such as “Are the joints pegged?” or “What does the hardware look like?” or “Are there brackets under the arms?”

Asking “Is there a decal or brand on the rear stretcher?” was like swinging a double-edged sword. The answer could tell you which firm made it, but it could also send the caller into ecstasy, convincing him the piece was worth tens of thousands of dollars and should be sent to Christie’s. 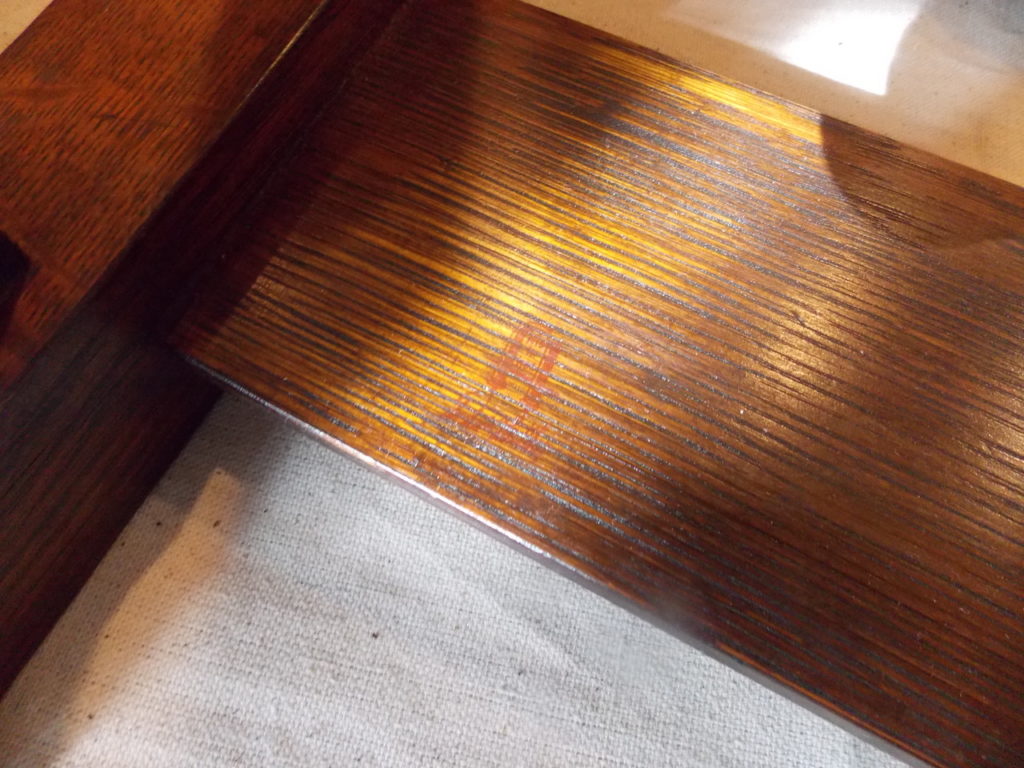 While living in Iowa City, I once received a call from an antiques dealer in Peoria, Illinois, who had a two-door china cabinet for sale in his shop. He wasn’t much help over the phone and had no interest in having photographs developed and mailing them to me. In truth, if the piece was legitimate, by the time I got the photos, it would be gone.

“Just come see it,” he growled into the phone before hanging up.

It was a two-and-a-half-hour drive in my aging Ford Econoline van across the Mississippi River to Peoria, but I decided to risk it the following Saturday afternoon. That day I pulled up in front of a classic three-story Victorian house with a porch jammed full of furniture, so I was encouraged. The owner acted as if he vaguely remembered talking to me over the phone, before turning and leading me down a crowded hallway and up the worn walnut stairs to a former bedroom. There, barely visible behind a golden oak library table stacked with boxes of books, stood the china cabinet.

Even as inexperienced as I was back then, I could tell from where I stood it was unremarkable. Each door was a single pane of glass with a wooden knob. The warped and separated top was notched around the four posts, each of which featured four false tenons, one of which was missing. An ancient price tag had recently been peeled off the glass, leaving behind a rectangular patch of dried glue.

I was already thinking about my long drive home, but politely asked, “What are you asking for it?”

“I don’t know,” came the reply from behind me. “You’re the expert. You tell me.”

I made the necessary small talk before stalling with a lame, “I don’t know. I’ll have to think about it.” He shrugged his shoulders as if he could care less, then led me back down the stairs. At the bottom, wedged between a bookcase and another stack of boxes, I could make out two legs of an oak footstool. “What’s that?” I asked.

“It’s nothing,” he said dismissively. “No pegs.” 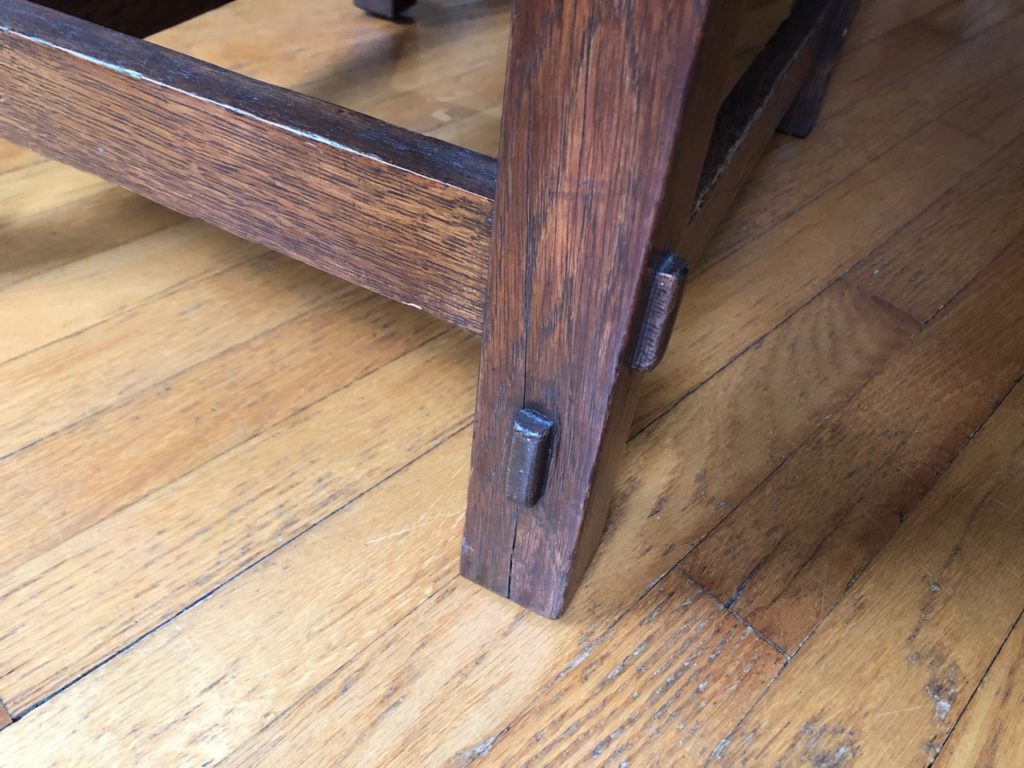 I wasn’t convinced, so I began lifting off a pile of “Life” magazines until I could see an original leather top wrapped around the four posts and secured with pyramid tacks.

I handed him two twenties, quickly picked up the dusty footstool, and headed out the front door, declining his offer of a receipt. He smiled, tucked the folded twenties into his shirt pocket, and shouted after me, “Don’t forget about the cupboard.” 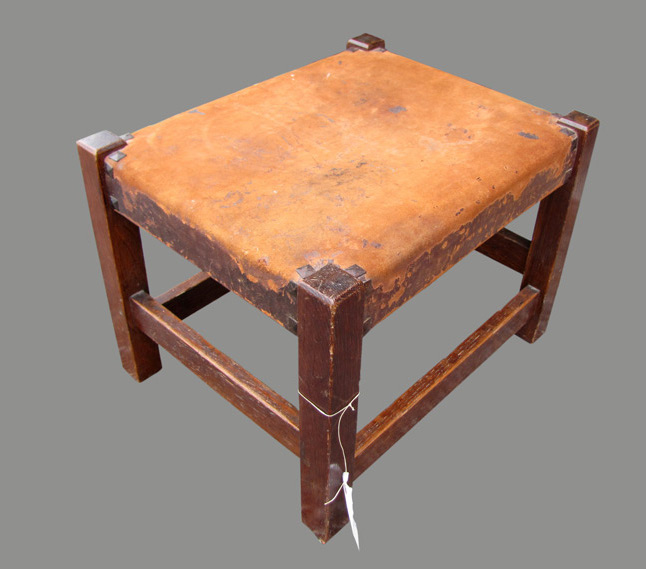 I wasn’t sure and didn’t dare look, but my instincts told me I was holding onto an authentic Gustav Stickley footstool. I casually slid it onto the passenger seat, strapped it in with the seatbelt, and drove about a mile before pulling over and turning off the engine. I stepped out into the bright summer sunshine and began twisting and turning the footstool until the light revealed what I had hoped I would find: a faint red Stickley decal on the inside of one of the dark stretchers.

Suddenly the ride back home didn’t seem so long.

“The value of experience is not in seeing much, but in seeing wisely.” – William Osler, scientist

PS – The dealer was correct. For whatever reason, many of Gustav Stickley’s footstools do not have pegged joints. 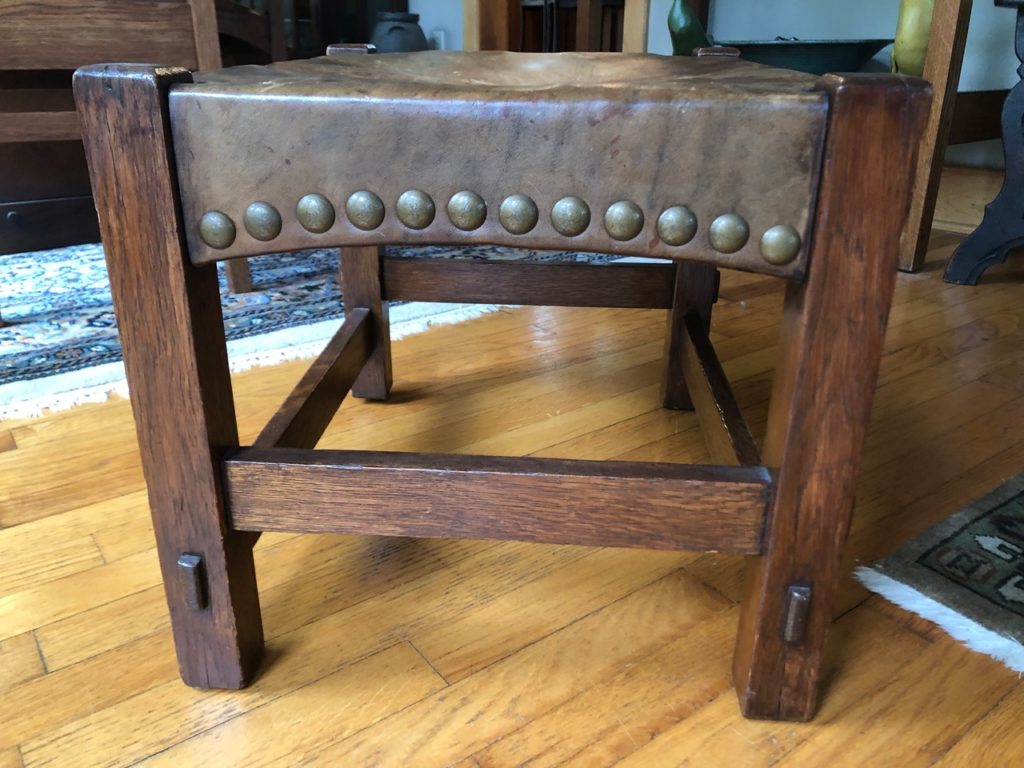 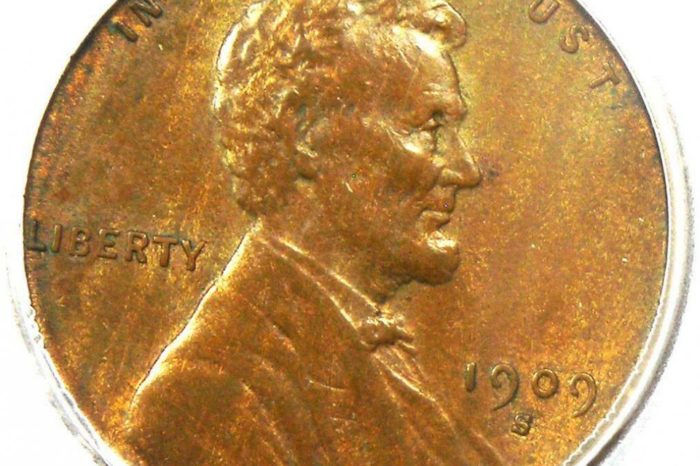