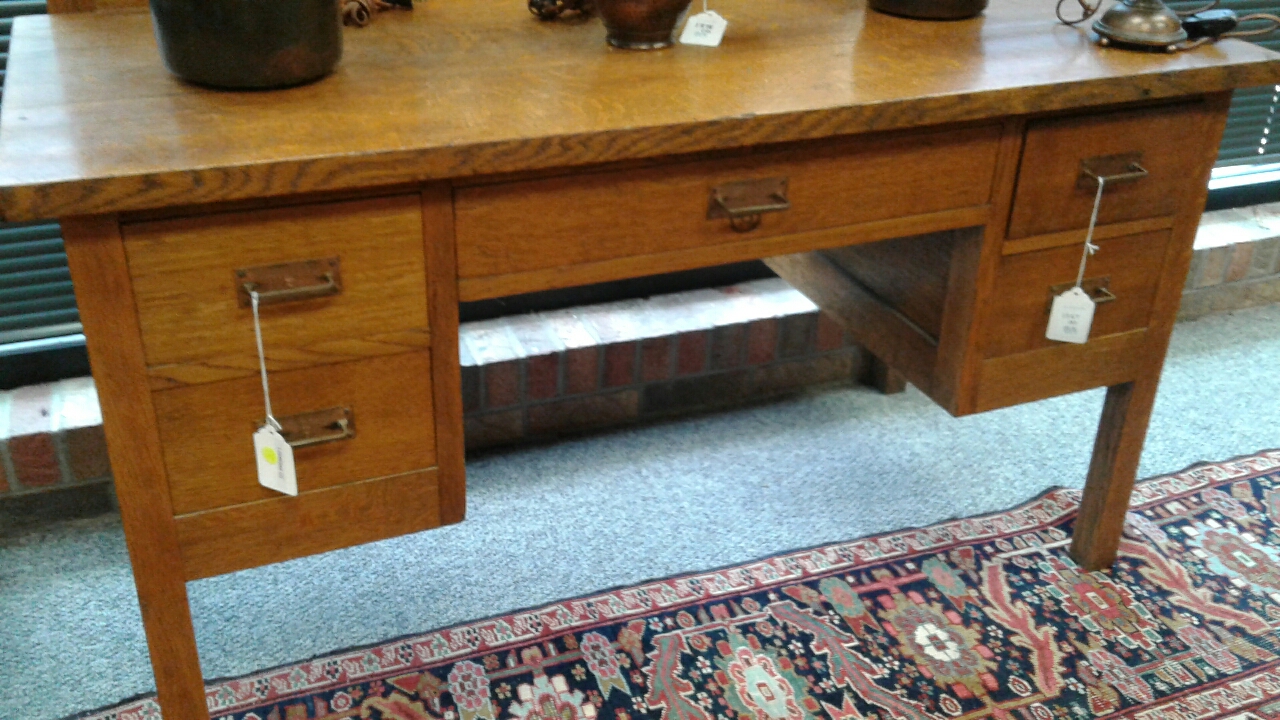 I always look forward to the opportunity to inspect examples of Arts and Crafts antiques when they show up in nearby antiques shop or auctions, for I firmly believe I can learn something from every piece I study.

Such was the case not long ago when Brunk Auctions in Asheville had a three-mirror, oak vanity that had been made by the Roycrofters. Like nearly all Roycroft furniture, it was well-constructed from thick oak boards. While their furniture was not always perfectly designed, the Roycroft furniture shop rarely, if ever, utilized either veneer or plywood panels.

Which is something none of the Stickley clan could claim. 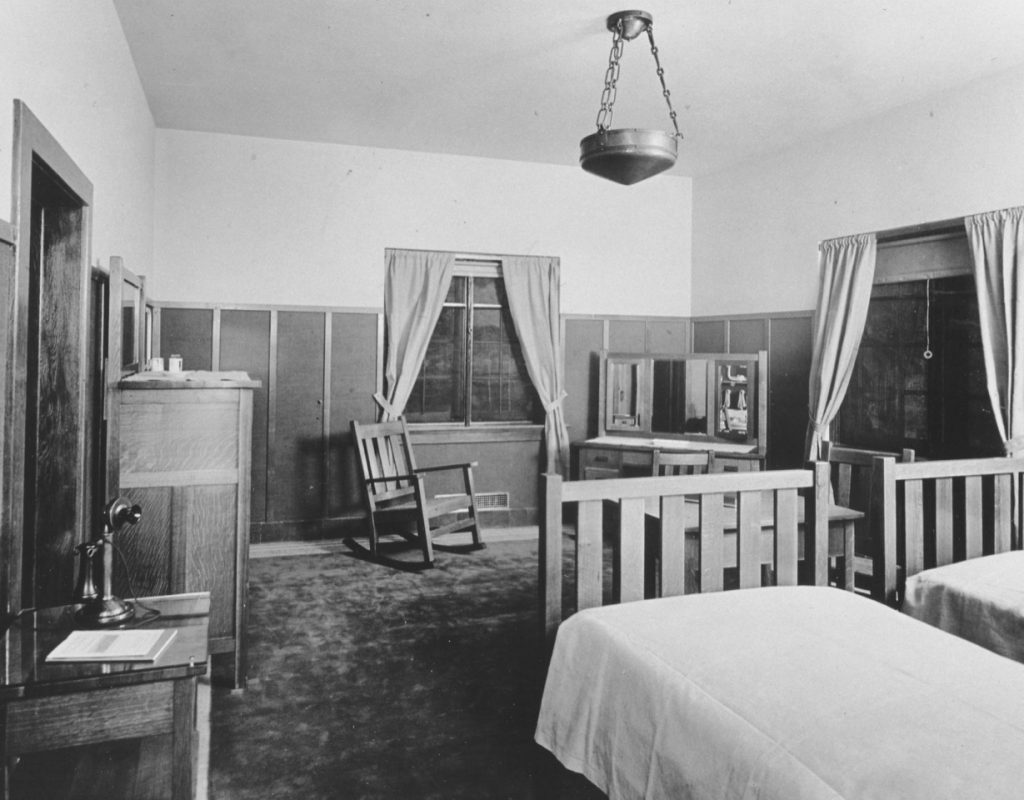 While the vanity did not exhibit any additional markings tracing its lineage back to the 1913 Grove Park Inn, this piece was identical in every respect to other Roycroft oak vanities that are pictured in vintage photographs and that still remain in use at the iconic Arts and Crafts resort hotel. 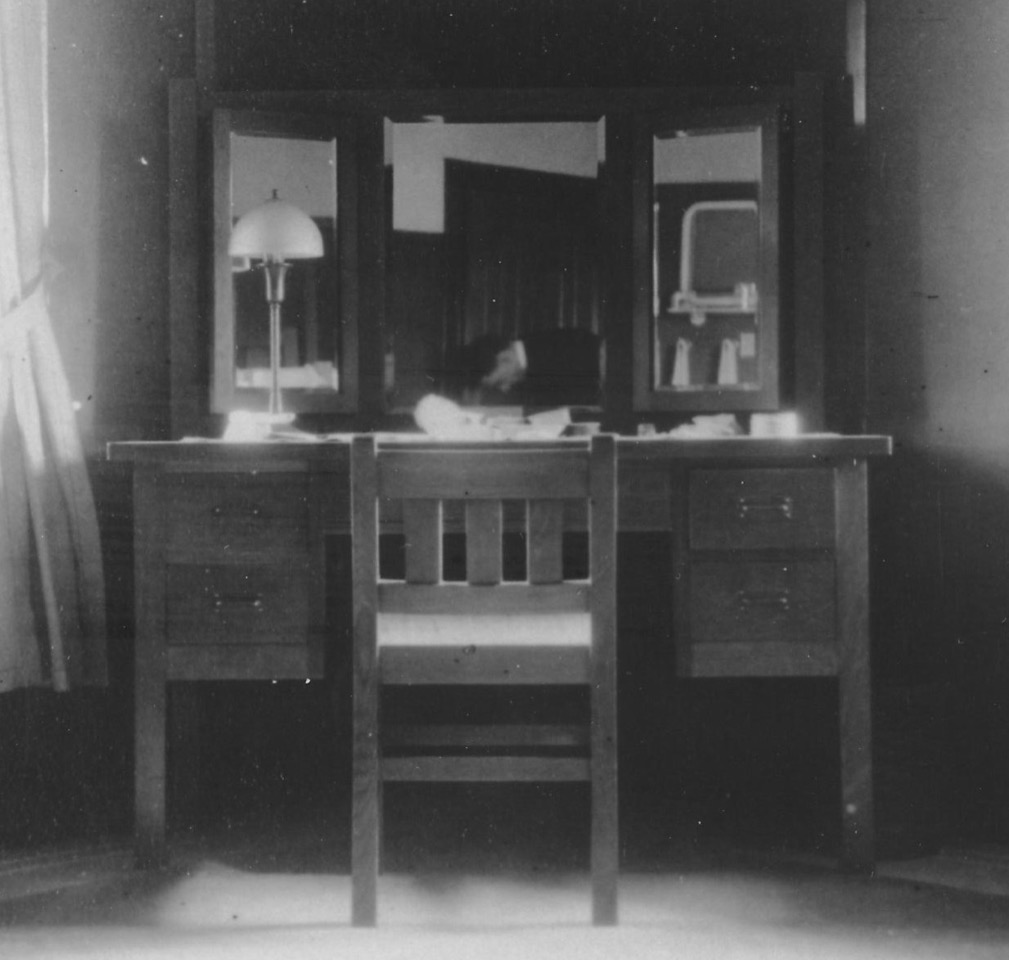 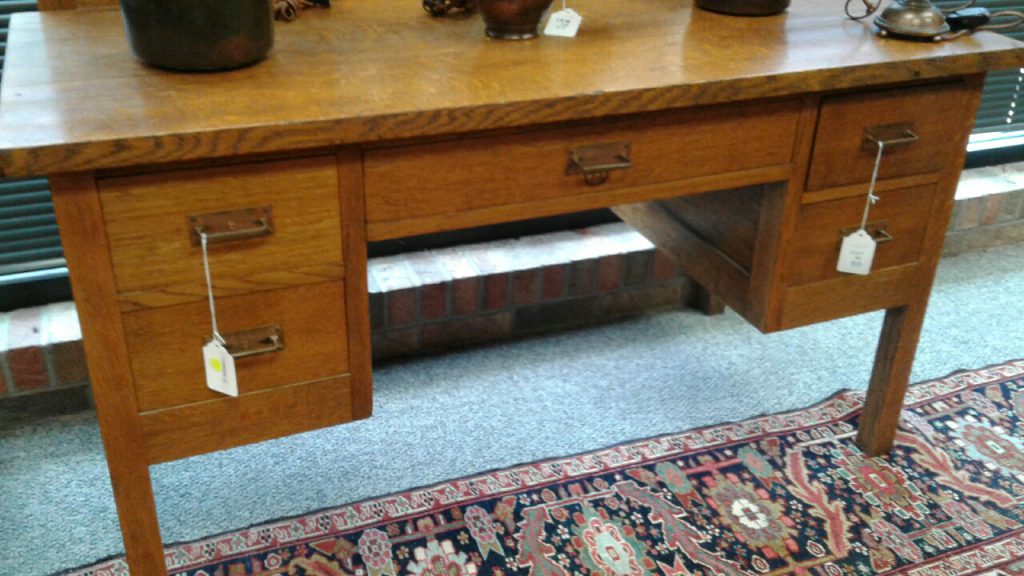 What was unusual about this vanity, however, is that the Roycroft Furniture Shop employees had routed the deep Roycroft shopmark into the middle of the center drawer – yet someone had then attached a single drawer pull directly over the shopmark, nearly obliterating it. The pull had been made in the Roycroft Copper Shop, so why would they cover up their own shopmark? 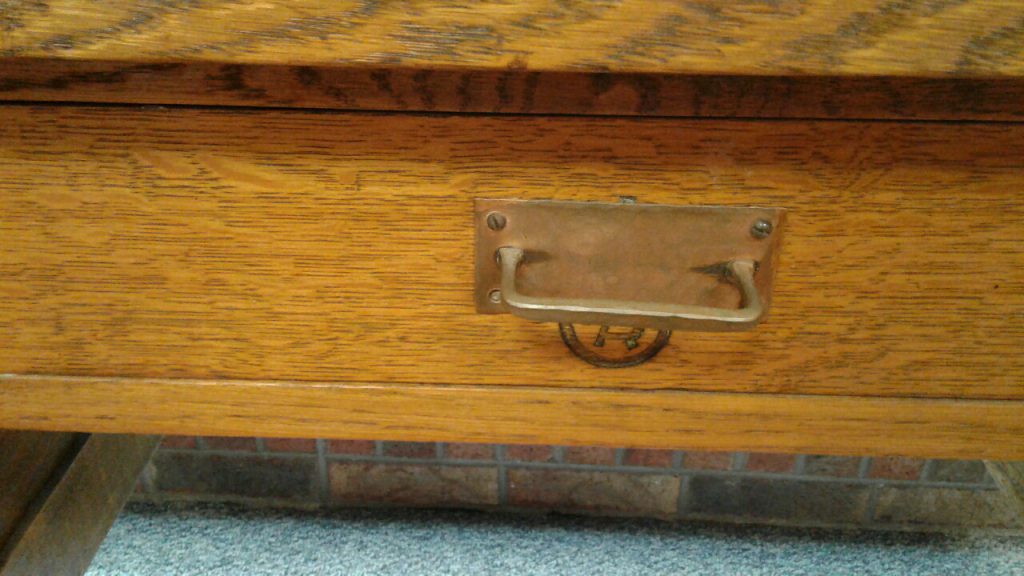 The small Roycroft Furniture Shop was unable to produce all of the beds, nightstands, desks, chairs, rockers, dressers, and vanities for the 150-room hotel before the deadline of July 1, 1913. Instead, the Roycrofters produced a small number of bedroom suites, which were then used as models for the White Furniture Company in Mebane, NC, who made the vast majority of the bedroom furniture.

The Roycroft Copper Shop, however, was able to produce over 2,500 unique drawer pulls to be attached to the small number of Roycroft vanities, desks, and dressers and all of the White Furniture Company pieces. The Roycroft pulls were shipped separately from the Roycroft furniture headed to the Grove Park Inn, so Fred Seely, the general manager and interior designer, instructed his crew to attach the hammered copper pulls to all of the furniture as it arrived.

After the sale, I spoke with the new owner of the Roycroft vanity, who intends to temporarily remove all of the Roycroft pulls and refinish it back to a more appropriate Arts and Crafts color.

Then he has a dilemma: does he put the single drawer pull back atop the Roycroft shopmark?

Or does he attach two Roycroft pulls (he has an extra one) to the drawer – one on either side of the shopmark – and fill the four old screw holes?

Which would you do?

“Not to decide is to decide.” – Harvey Cox, author 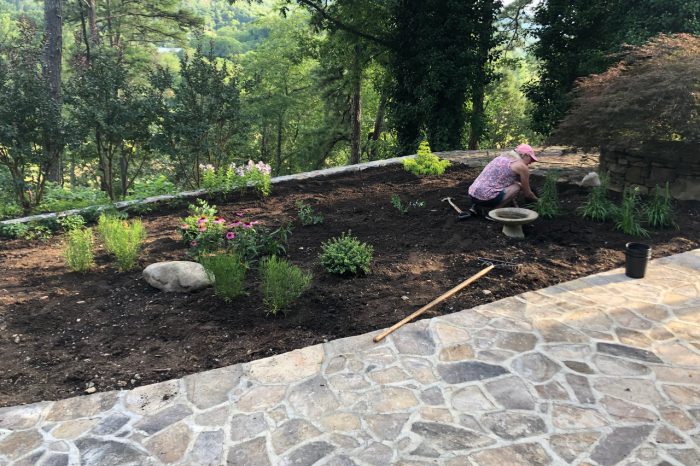