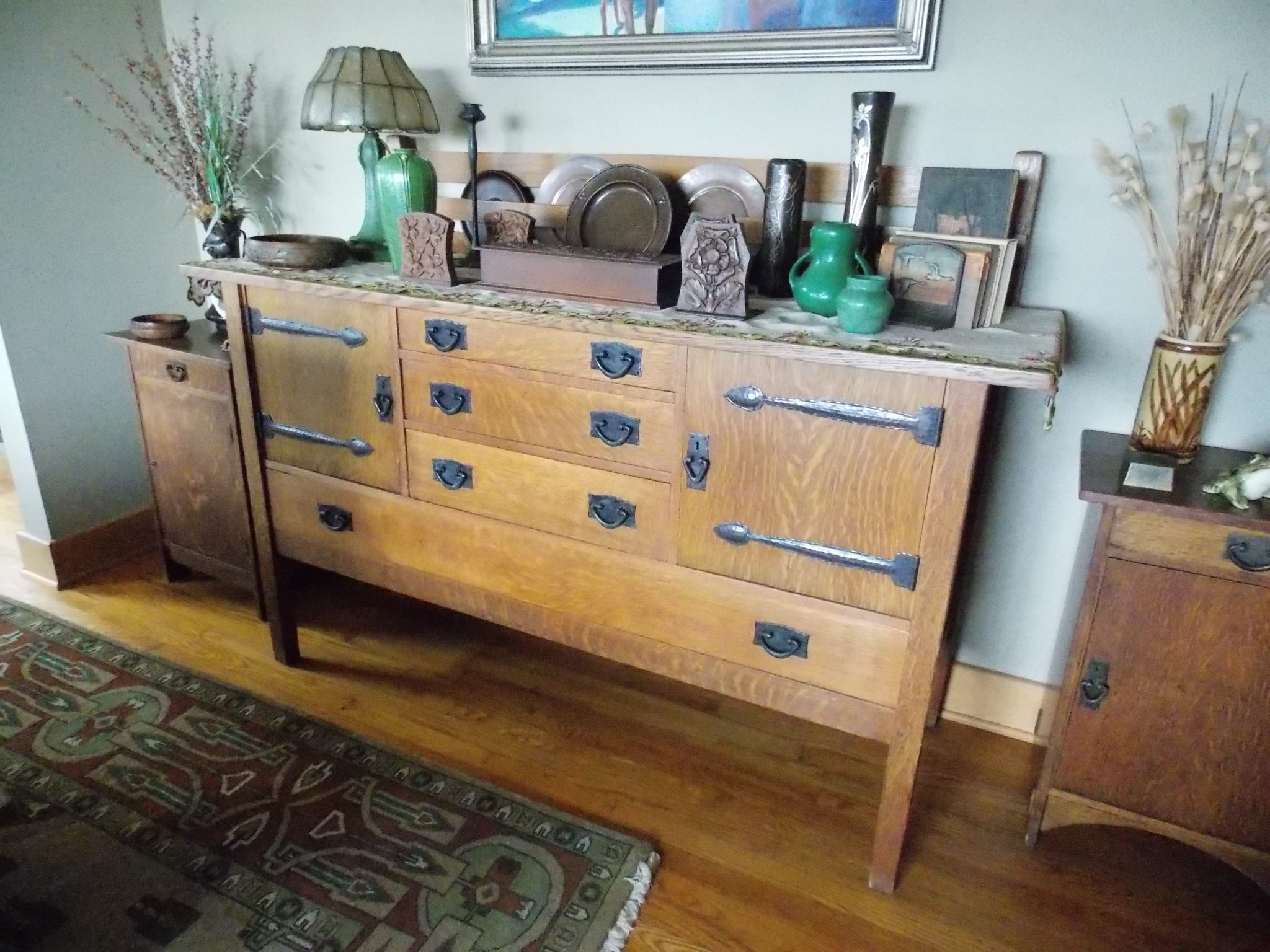 It seems like each time I declare that, for the lack of any real antiques, I’m never setting foot in another antiques mall, I spot something that renews my faith. Last week it was a Gustav Stickley sideboard — badly refinished, polished hardware, chipped veneer and over-priced, but, nevertheless, an actual Stickley sideboard. 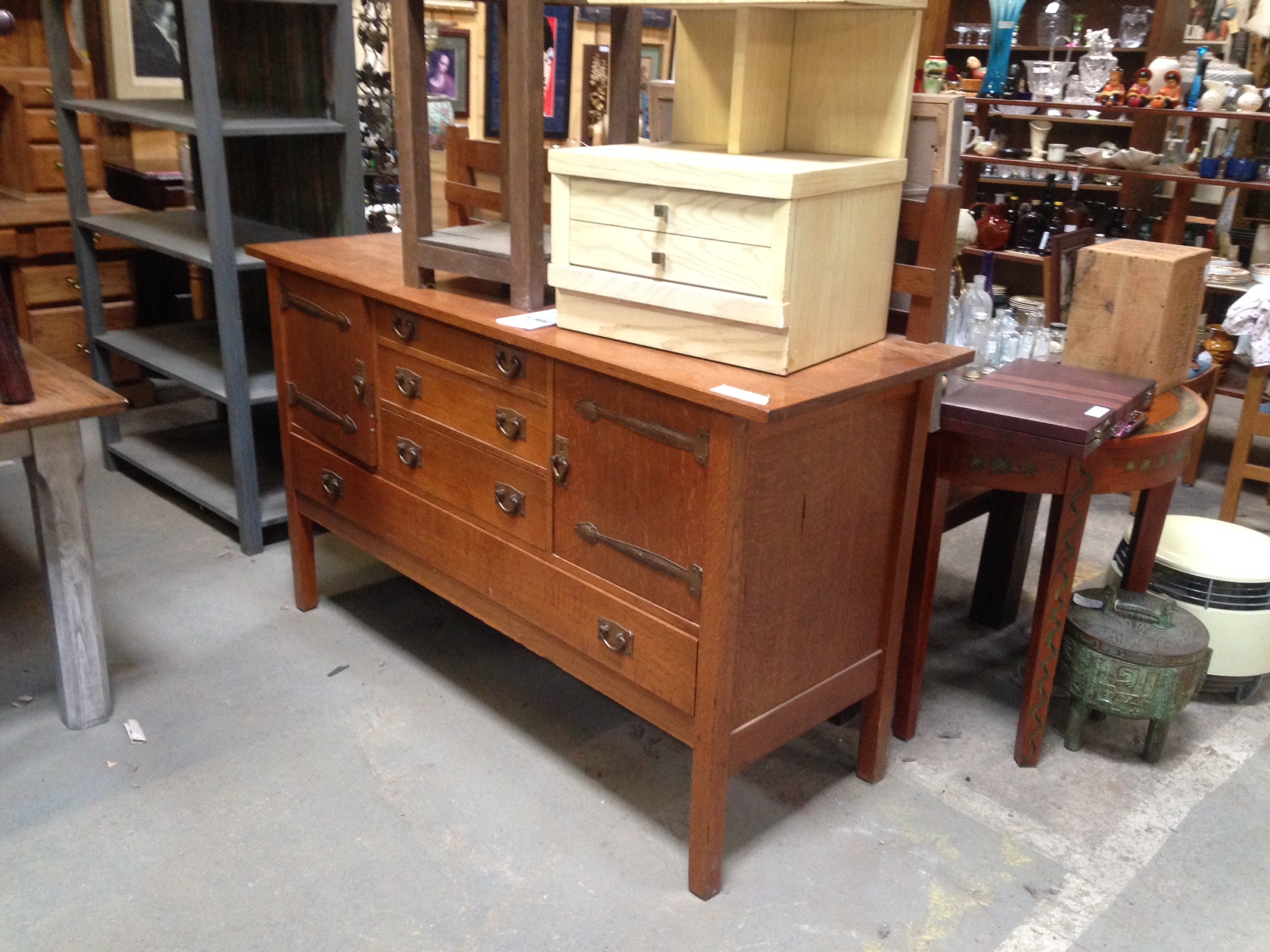 Which reminded me of a journey years ago to the basement of a woman who had a similar sideboard for sale. Hers was missing the entire plate-rail, had polished hardware, more black rings on the top than I could count, and looked badly beaten. Turns out it had barely survived four years in her son’s apartment near Duke University.

Even being the eternal optimist, I had my doubts that it could be saved, and certainly only if I could have gotten it for a few hundred dollars. When I inquired about the price, the woman declared, “Well, if Barbra Streisand could pay $363,000 for one, mine should be worth at least $5000.”

I left without it.

A few years later I went on a house call to a rusty trailer in rural western North Carolina, where a single mom and her three ragtag kids were hoping to sell a Stickley sideboard. The dusty yard was littered with broken tricycles and toys, the hot trailer sagged in the middle, and the furniture wouldn’t have brought much at a yard sale. But somehow she had a legitimate Stickley sideboard. However, it was a much later, smaller version without strap hinges that most collectors would pass by, especially given that it had been badly refinished and was also in rough condition.

Once again, I estimated its value at a couple of hundred dollars, and once again she had an inflated idea of how much it was worth, although nowhere near what the Duke mom had been asking. But one look at those kids and there was no negotiating.

I did the math as I drove away, and figured if I had the hardware repatinated and did the refinishing myself, I might get lucky and almost break even, provided I could find a beginning collector who liked this scaled-down version. But breaking even didn’t pay any bills, and with two young sons of my own who still had braces, camps, and college tuition ahead of them, back then I had no choice but to sell some of my Arts and Crafts finds. 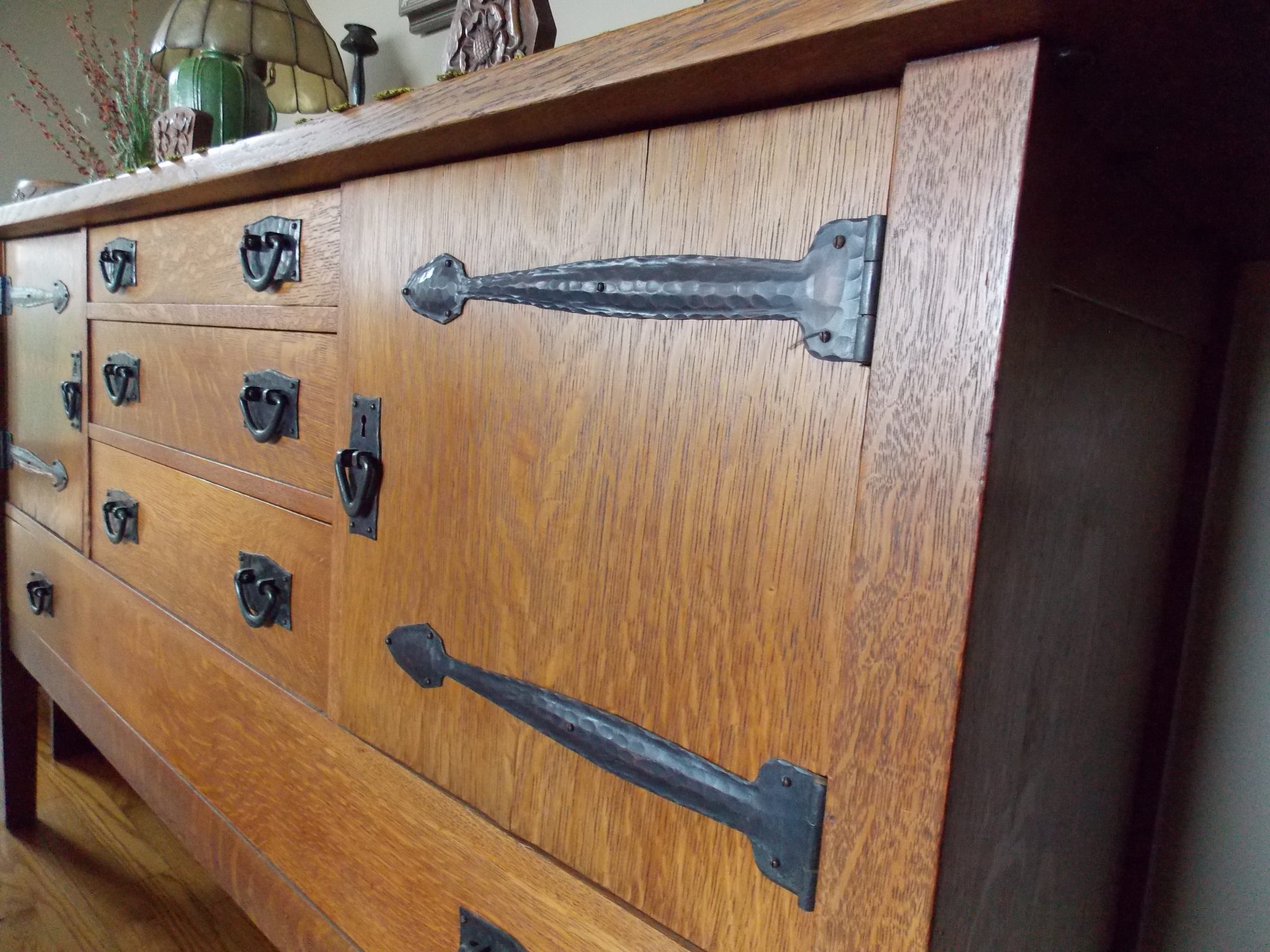 At the edge of town, I decided to check out a second-hand thrift shop, even though my wallet was badly depleted. I was still feeling discouraged about the Stickley sideboard in the back of my truck when I turned down the last aisle — and spotted a matched pair of pristine Roycroft candlesticks, still in their original Roycroft box. They were priced at ten dollars, proving once again that good deeds do get rewarded.

As for the Stickley sideboard in my local antiques mall, well, I decided to leave that one for the next collector.

“Experience is simply the name we give our mistakes.” – Oscar Wilde 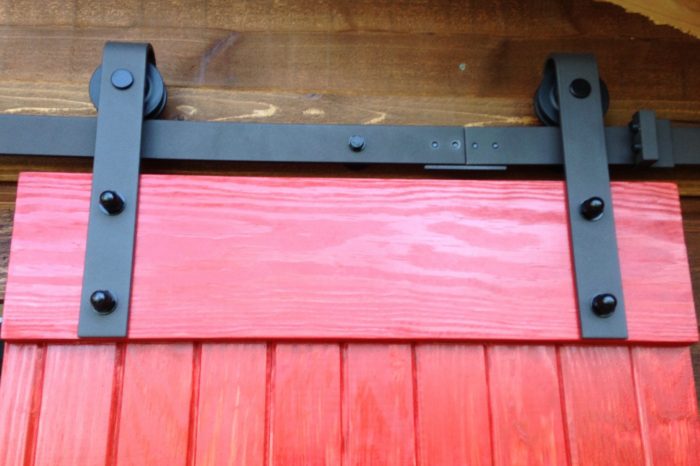