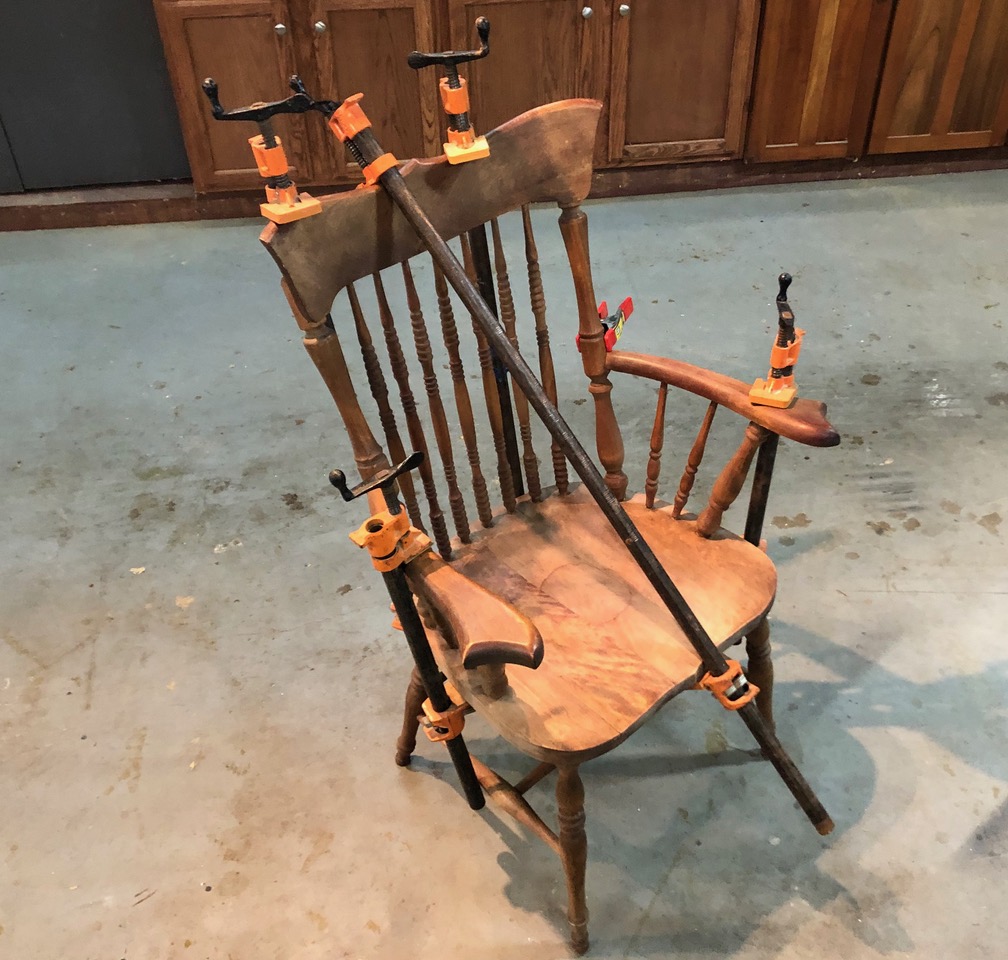 When the time comes that we can look back over this season of self-confinement, it may well be known as The Project Period.

As proof, garden centers, hardware stores, and craft shops have shelves that look like the paper goods aisle in your local grocery store. I went online to order some stencils for an Arts and Crafts motto board I am making for my workshop, only to find the warning: “Due to unprecedented demand, some items are out of stock and shipping times will be delayed.”

But as someone who lives by the motto “Give me ten minutes and I’ll start a twenty-minute project,” I am not complaining. While I miss our social events with friends, the quarantine has trained me not only to eliminate frivolous jaunts to Lowe’s, but to scrutinize each project carefully, asking, “What do I already have that I can use rather than dashing off to the store?”

Not only has this new attitude kept me safe, it has also made me more efficient with my time. 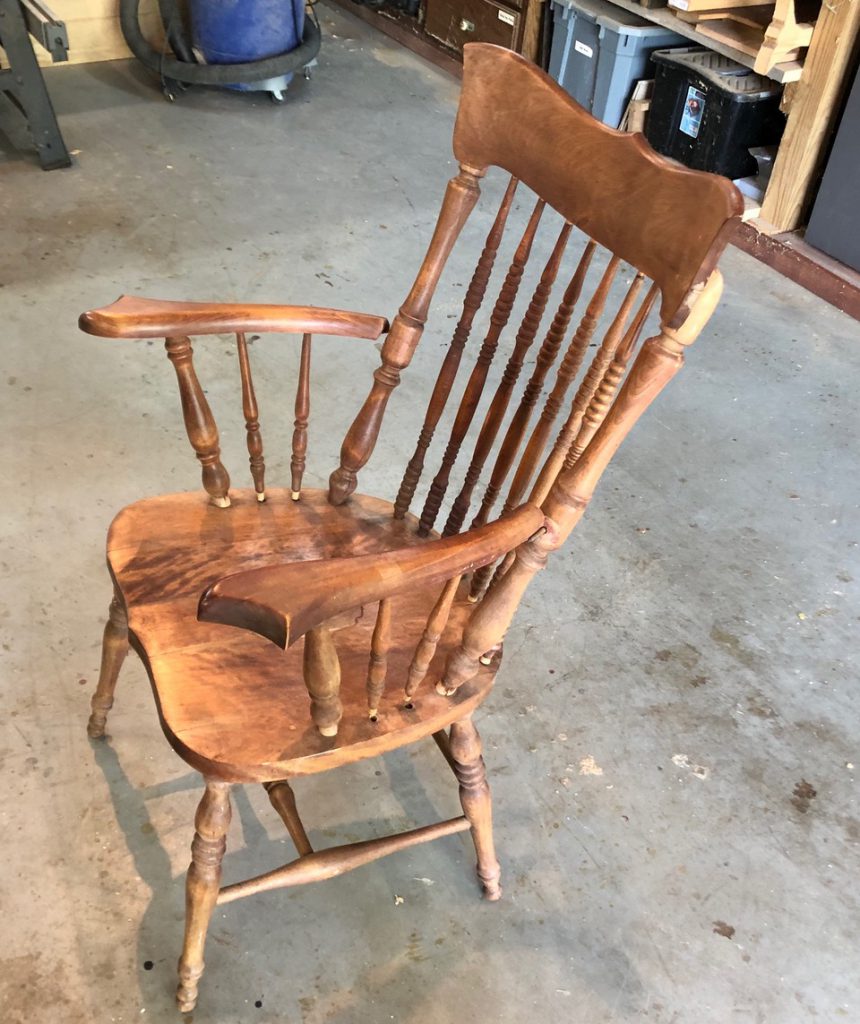 So, when my assistant Kate asked for some advice on regluing a desk chair that has been in her family, I eagerly wrestled it away from her and disappeared into my workshop. The hard maple armchair certainly was not Arts and Crafts, but it was well-made, well-designed, and deserving of time upon my workbench. Several of the turned spindles were loose and had begun slipping out of their mortises, which is a dangerous sign, as it means the other spindles and rungs are being forced to support more stress than they were designed for. It was just a matter of time before one of them would break, turning a minor regluing into a major repair. 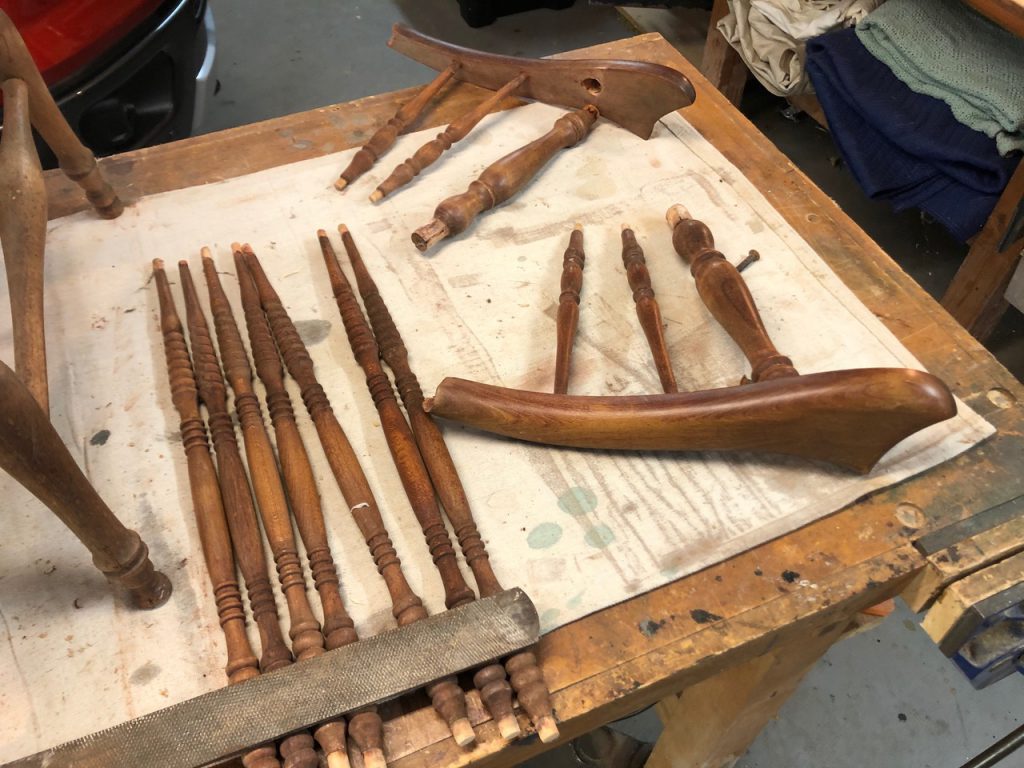 With a few careful taps from my rubber mallet, the chair came apart, making it clear that the original glue had lost its ability to bond the pieces together. In order for a fresh application of glue to work, however, I first needed to file and sand the old glue off the spindles, exposing the pores that would absorb my glue.

The chair had a total of 13 spindles, which I knew from experience meant that my greatest challenge would be getting 26 ends into 26 holes simultaneously before my glue had hardened. By the time I reached this stage in the project, Kate had left for the day and Leigh Ann was at the barn feeding her horses, so instead of an extra pair of hands, I turned to my assortment of clamps.

Clamps, as you may know, are like bottles of wine:  you can never have too many nearby.

And so, within five minutes I had recruited an assortment of clamps to apply the pressure needed to persuade each spindle to return to its original home, and to maintain that pressure on the 26 joints overnight as the glue hardened and cured. The less desirable alternative – pounding on the chair with a hammer – invariably ends up denting the arms and breaking one of the fragile spindles. 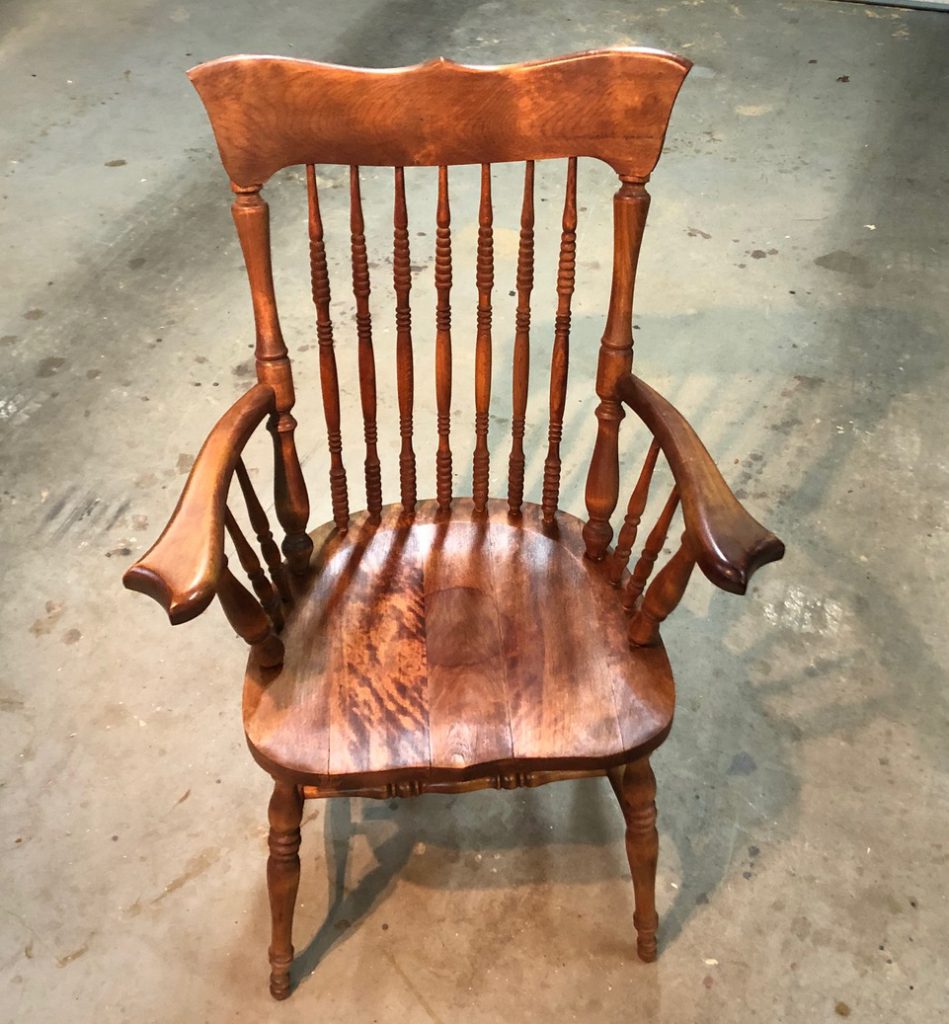 I released Kate’s chair from the clamps the following morning and refreshed the original finish with a coat of paste wax before sending it home with her. The entire process took less than two hours’ time. My reward? That enjoyable sensation of having preserved the work of an original craftsmen, who must have also stepped back with a degree of satisfaction as this chair first went out the door of another workshop a hundred years ago.

“We are not rewarded for having a head and hands, but for using them.” – Elbert Hubbard 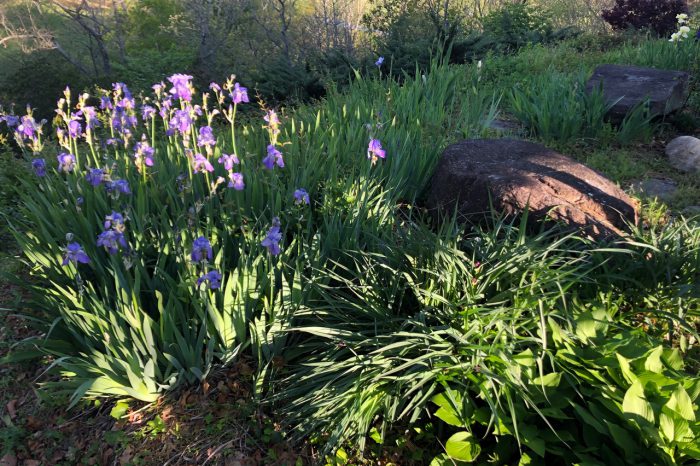