A Trip Back to Craftsman Farms 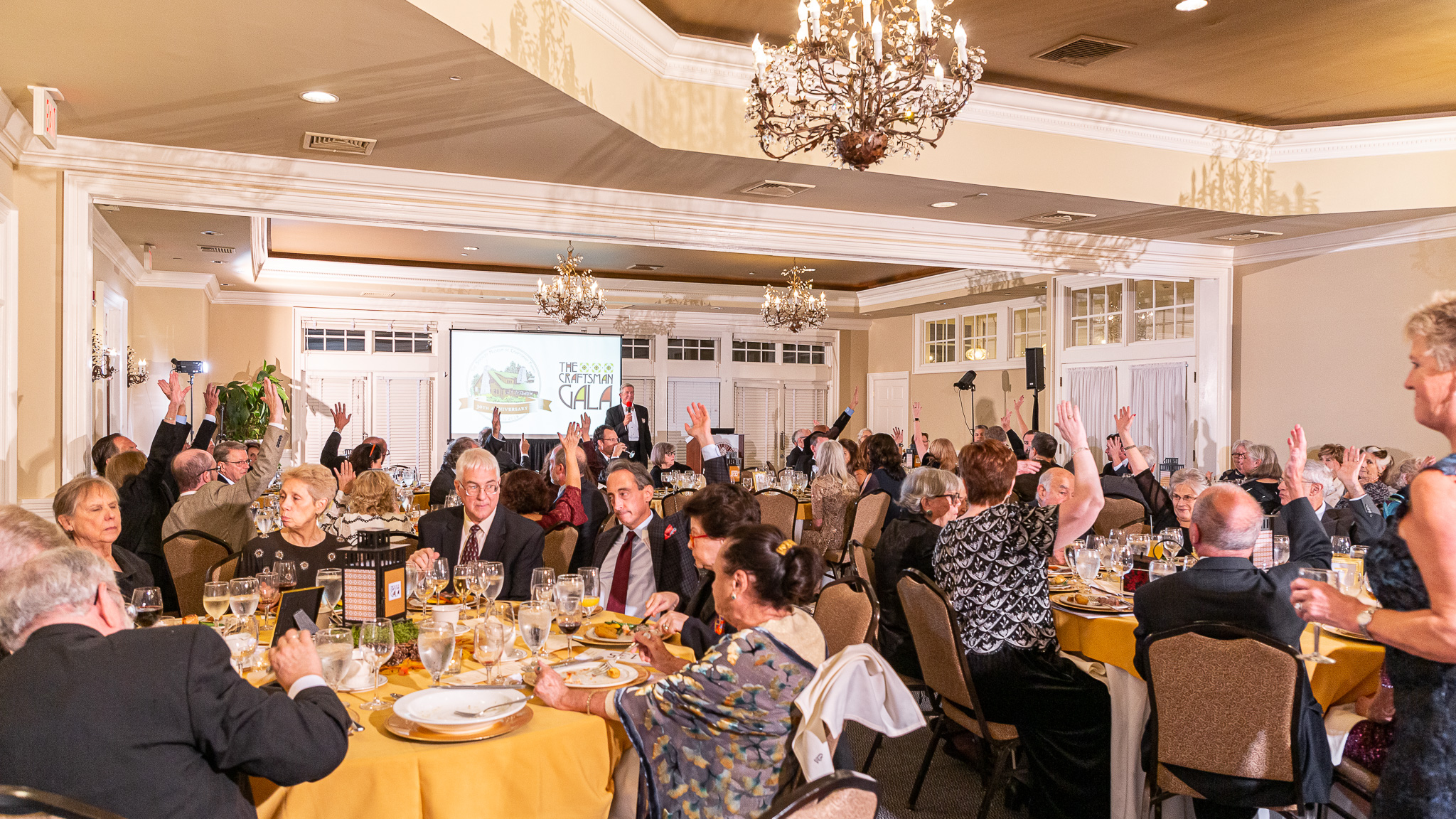 A Trip Back to Craftsman Farms

If your 1,854-mile driving trip starts with you breaking a bottle of wine on the floor of the car as you are heading down your driveway, you might think that would be a bad omen.

But not to worry: we had three more bottles.

Each of my most recent airline trips has resulted in delayed or cancelled flights, so when Leigh Ann suggested that we take a few extra days and drive from Asheville to New Jersey for the annual Stickley Weekend at Craftsman Farms, I was ready to start packing the car. In fact, I did start packing the car, which accounts for the wine bottles crashing to the floor on the way down the driveway.

Fortunately, it was a bottle of Pinot Grigio which broke, so we only had to endure the smell of fermented fruit for six days and not a permanent crimson stain on the carpeting.

There is far more to tell about our weeklong trip than can fit into one column, so I’ll save more for later. First, though, I would like to share with you what has been called one of the most successful, odd-couple, thirty-year marriages of record. 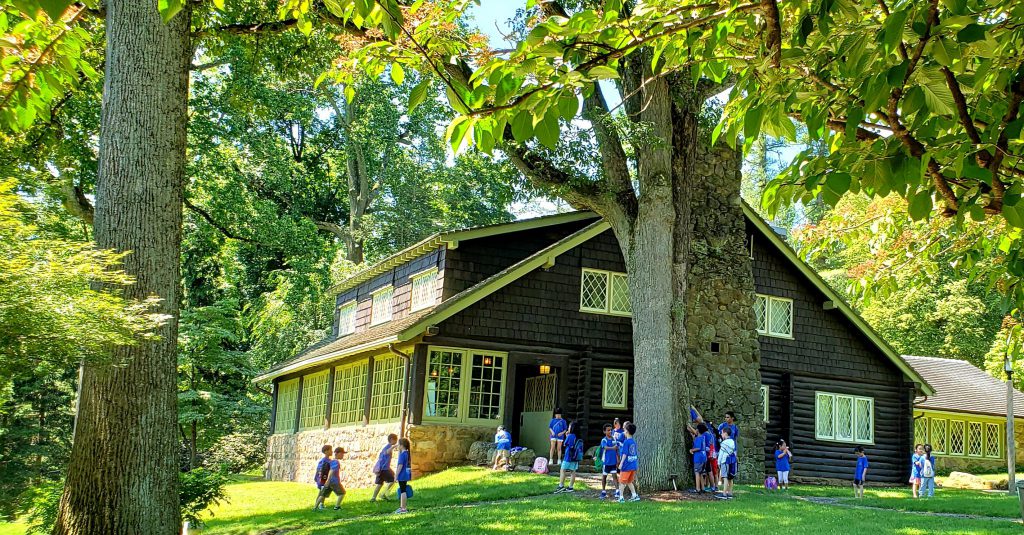 In 1989, a group of activists consisting of both local residents and Stickley followers from afar joined forces to derail plans by a New York developer to transform Craftsman Farms and Gustav Stickley’s log house into a complex of condominiums and town houses.

Once the bulldozers had been turned away, the question suddenly became, “Now what?”

What slowly but steadily emerged was a unique arrangement between the township of Parsippany-Troy Hills and Stickley followers. The township agreed to purchase and maintain the 30-acre property, which included the family’s log home, three smaller cottages, and remnants of Stickley’s farm buildings, as well as a pond, walking trails, meadows, and woods. 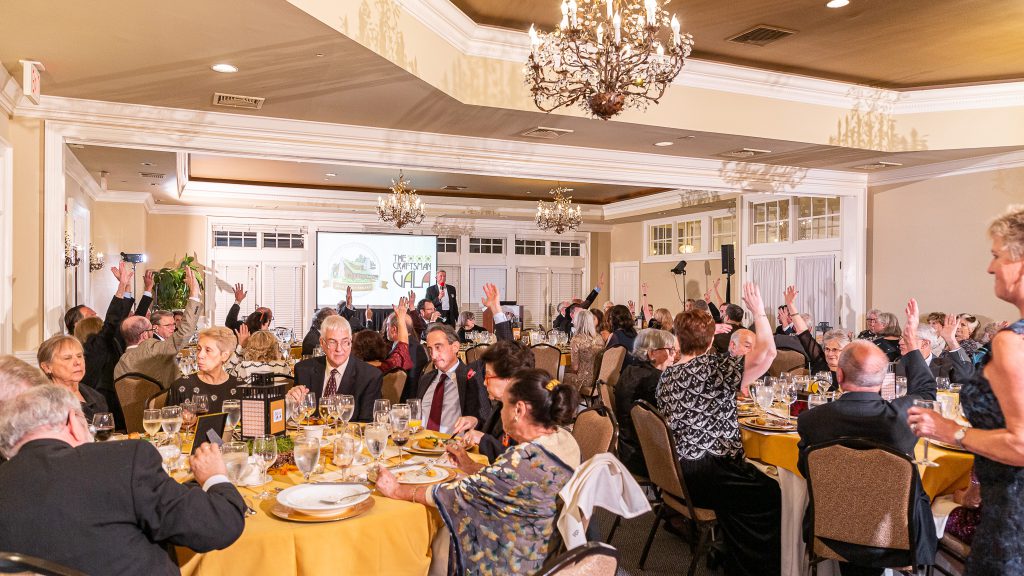 Thirty years later, I found myself standing at the front of the ballroom of the Mountain Lakes Country Club looking out over an audience which consisted of two seemingly divergent groups. They had come together that Saturday evening to support a common cause: the continued preservation and development of the Stickley Museum at Craftsman Farms. Half of the room was filled with elected township officials and interested local residents. The other half consisted of people who had first been seduced by the Arts and Crafts philosophy and style, and who subsequently became supporters of the Stickley Museum and Craftsman Farms.

Rest assured, there was no conflict to be resolved, no issues to be settled. All parties came together on this special evening both to celebrate a thirty-year success story, and to insure the continued operation of the museum and the Farms.

We came, we laughed, we ate, and we celebrated. 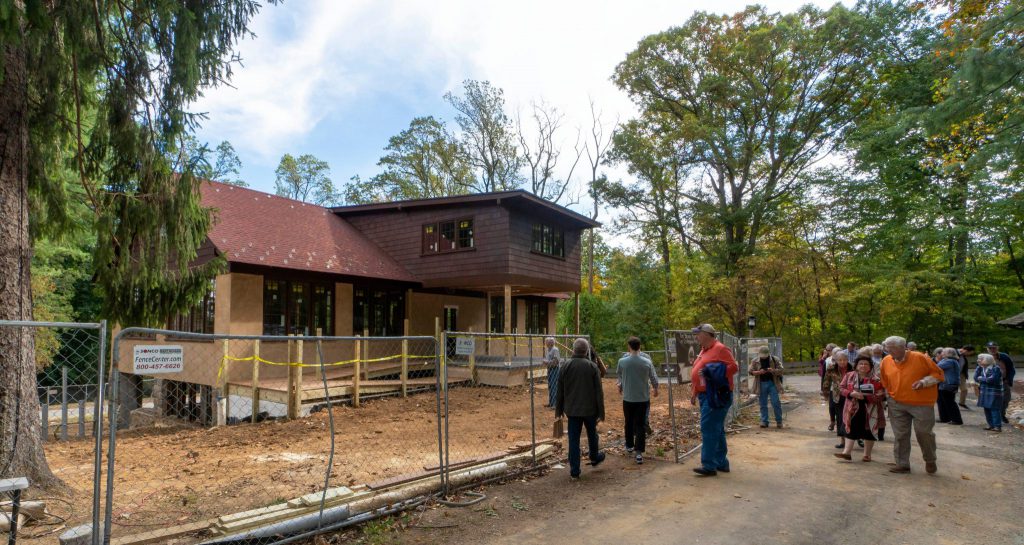 Folks getting a hardhat tour in October 2019 of the progress of the building of the Education Center on the grounds of the Stickley Museum at Craftsman Farms. Photographer: Ray Stubblebine.

And next year we will return again to do the same, hopefully seeing you there, as the new education center will be up and operating. 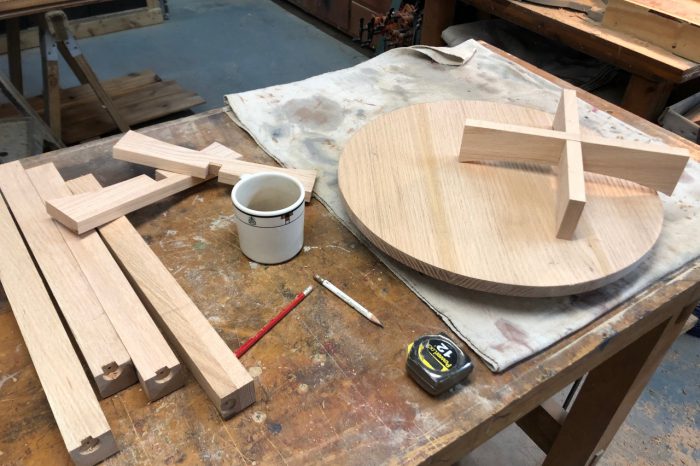