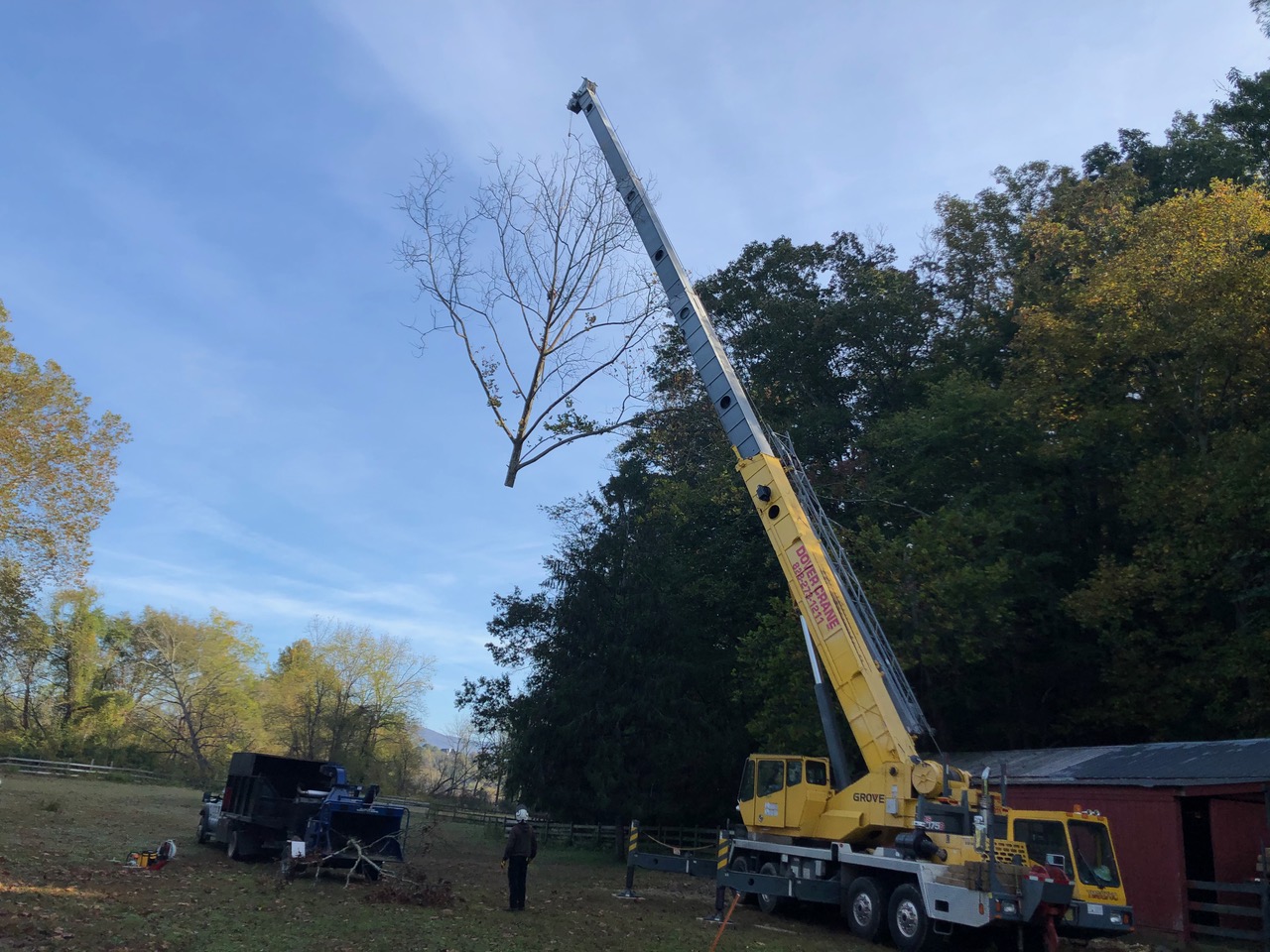 When you have fifteen acres of farmland in the foothills of the Blue Ridge Mountains, it means you have trees.

I grew up in Illinois where we had six trees in our yard, every one of which we climbed, tried to build tree houses in, mowed around, and raked leaves under. Each was as familiar to me as my grade school buddies.

But when you live among hundreds of trees, you soon learn that not every one is perfect. Some were planted by squirrels, generally in less than ideal spots. Others sprouted naturally, but grew crooked and spindly competing for sunlight. And some came up through such poor soil that their roots have nothing to cling to during violent wind storms.

Even so, it was with some reluctance that I made an appointment for our professional crew of tree cutters to come out to our farm to remove a towering, but diseased sycamore tree hanging dangerously over our horse barn. After a series of recent storms, the root ball was literally being pulled out of the ground by the weight of the tree’s limbs. It was obvious that another tropical storm could bring it crashing down on our barn, where Leigh Ann’s two horses take shelter. 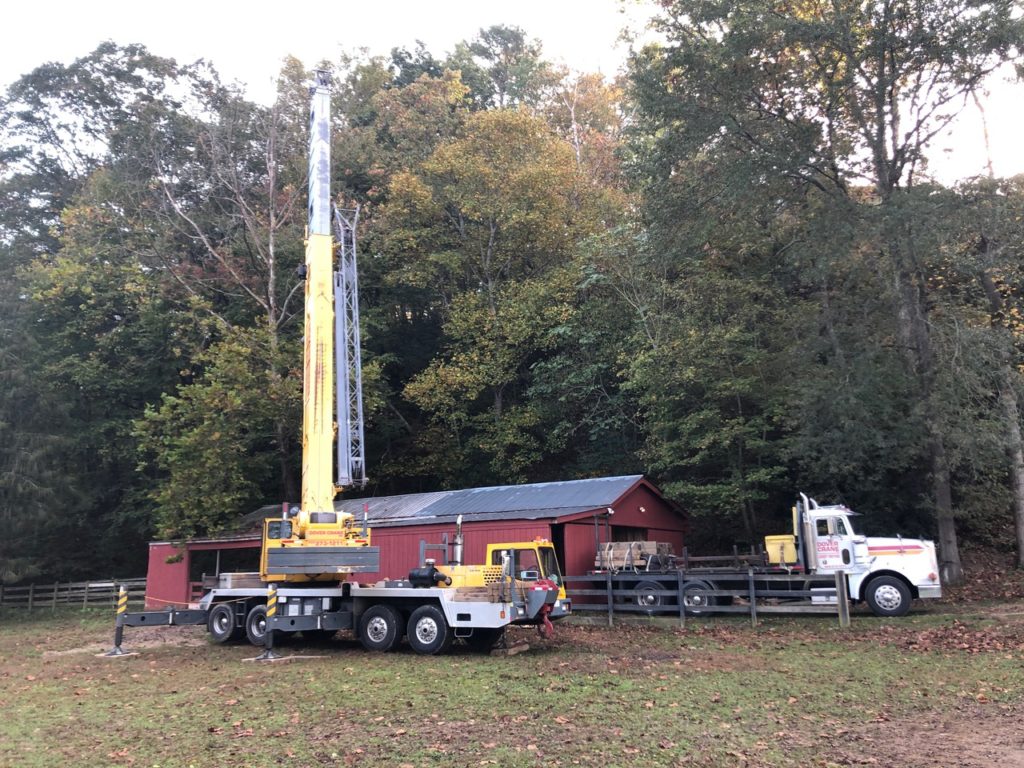 Given its precarious position, however, this would not be your typical cut-and-drop. Instead, the crew ordered a crane so massive that I had to use my tractor to pull out a section of wood fence just to get the crane close to the barn. As I watched from a safe distance, two crews methodically prepared their equipment for what would be a dangerous maneuver:  lifting one man on the end of the crane’s cable more than 100 feet in the air, then lowering him into the midst of tangled branches. There Joe, the cutter, secured the cable to the top of the tree and carefully picked his way even further down the trunk. 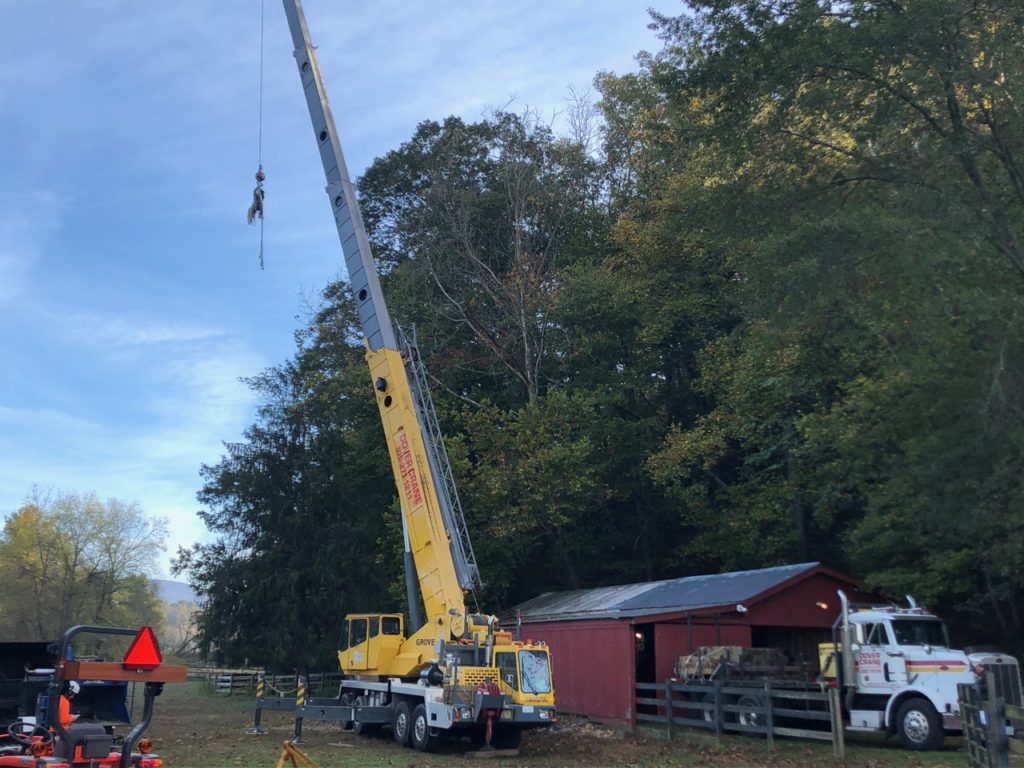 Communicating via headset with David, the crane operator, Joe braced himself as he unhooked the chain saw swinging from his tool belt, pulled the cord sharply, and began cutting through the trunk just inches from his face shield. With the skill of a surgeon, Joe made a series of cuts, talking to David inside the covered cab as he did. 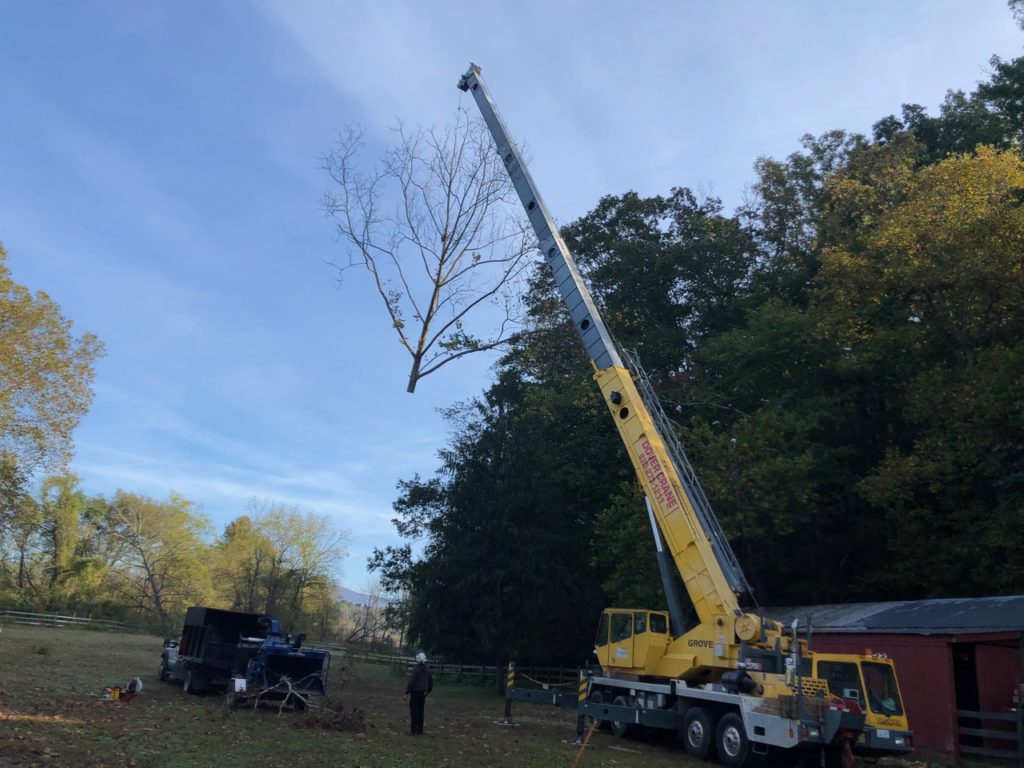 Just as the top third of the sycamore tree began to topple toward the ground, David pulled back on his controls, deftly swinging the 30-foot section of tree safely away from Joe and out into the clear blue sky above our pasture. 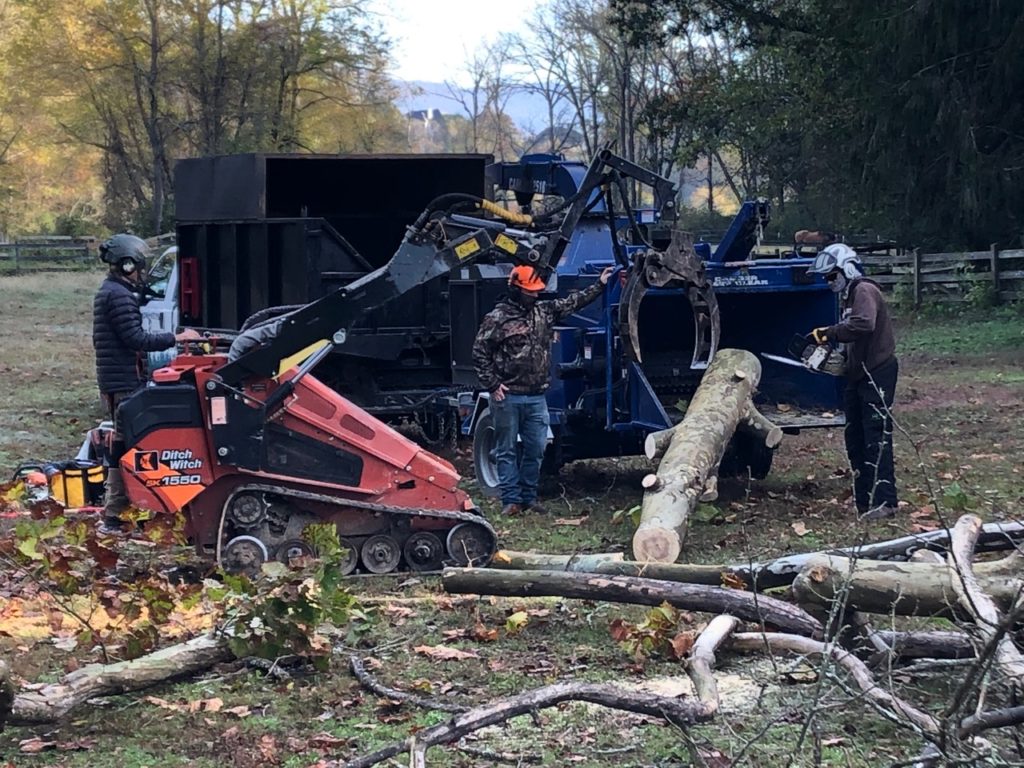 As David lowered the top third, Joe’s crew descended on it with chain saws and a chipper, knowing they needed to have it cut and chipped before Joe and David had repeated their ballet on the second third of the tree. In far less time than it took the six men to set up the crane and get their equipment ready, everything except the lower trunk of the sycamore tree had been reduced to an eight-foot pile of fresh chips, all of which Leigh Ann and I will use around our farm and yard. 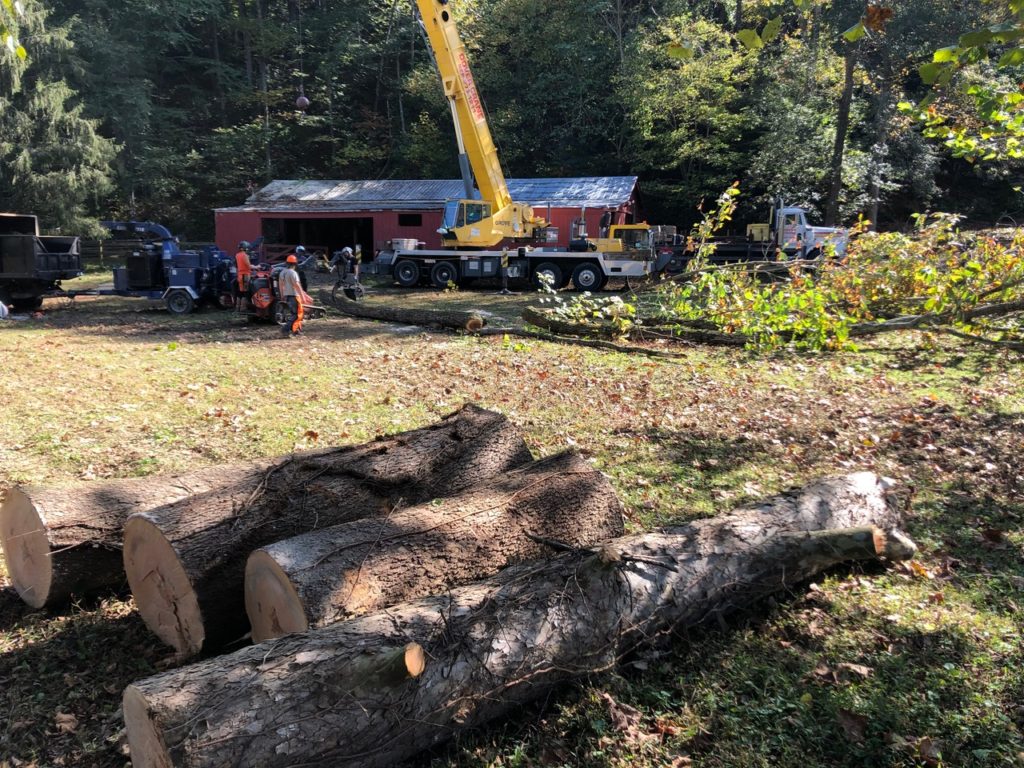 And while there were moments when I winced as the aging sycamore was brought down, we already feel better knowing it won’t come crashing down on our unsuspecting horses some night.

“The best time to plant a tree was 20 years ago. The second-best time is now.”  ― Chinese proverb 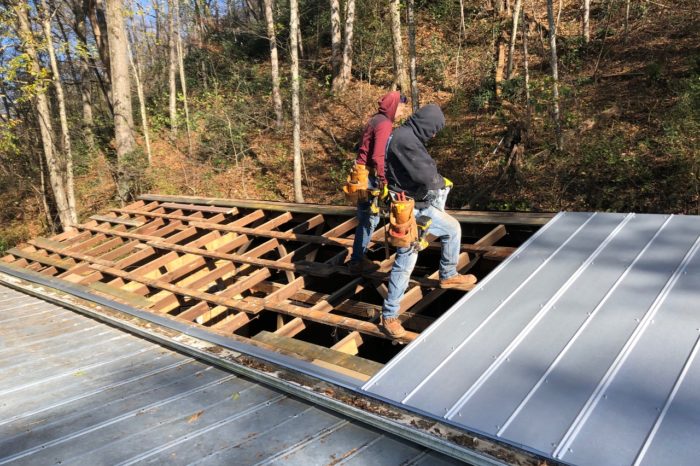