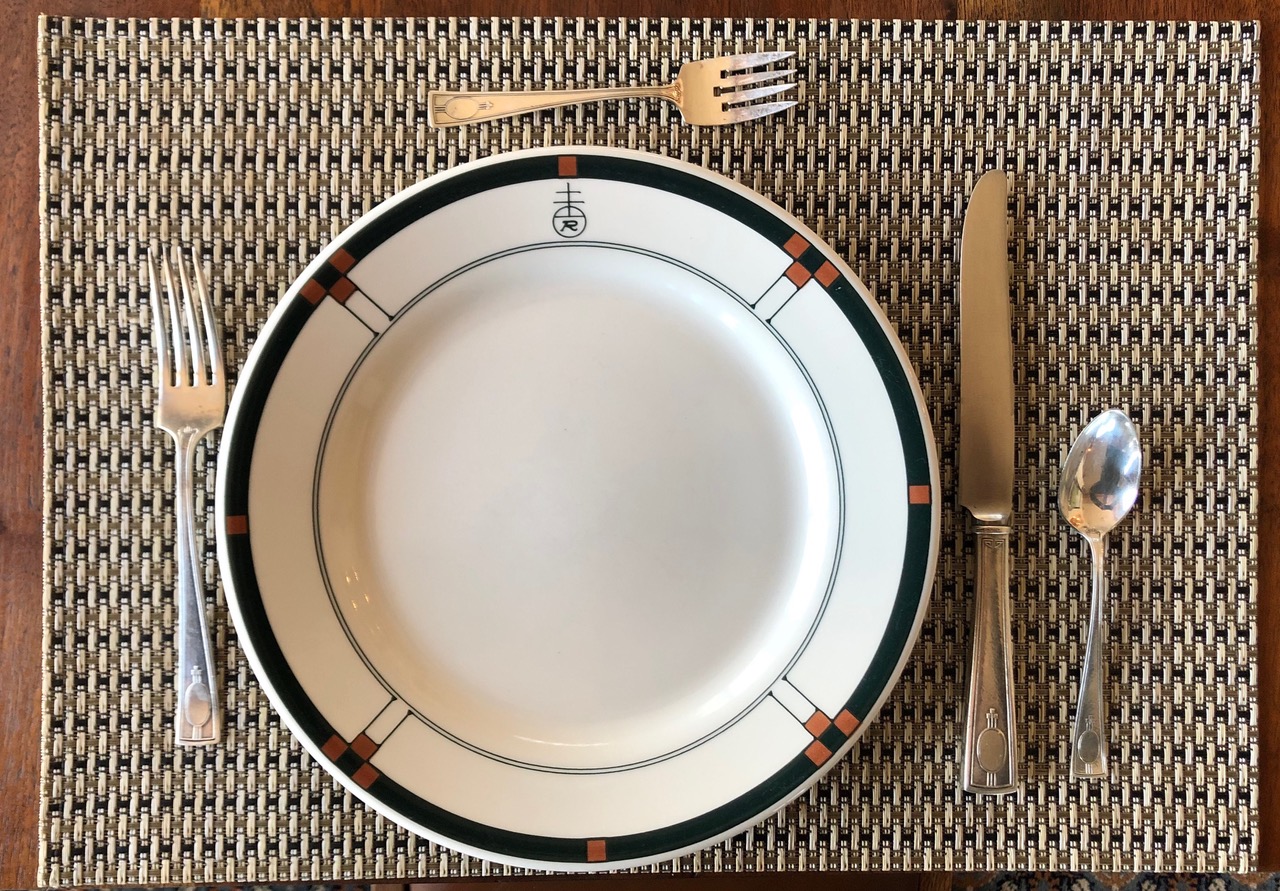 When my oldest son Eric was born in 1988, we received a small package from my dear friend Emyl Jenkins, an antiques appraiser and author then living in Raleigh. We had met through a mutual friend, George Viall, who also introduced me to North Carolina pottery and to a small but growing group of Arts and Crafts enthusiasts, including Emyl.

Inside the package a note read, “Every child should be born with a silver spoon in his mouth.”

Alongside it, carefully wrapped in a thin sheet of tissue paper, was a delicate sterling silver spoon decorated with an Arts and Crafts motif.

At that time I was still a novice Arts and Crafts collector who had found an abundance of generic Arts and Crafts furniture and a smattering of Limbert, Stickley, and Roycroft languishing in antiques shops in Illinois and Iowa. Although Teco pottery had been made just a few hours away near Chicago, I never found a single piece, and never expected to come across a great example of Grueby or Newcomb out on the prairie. Rest assured, we had our assortment of 1920s and 1930s Roseville, Weller, and Van Briggle pottery, but I never gained a true appreciation of American art pottery until I began attending Arts and Crafts auctions, shows, and museum exhibitions, all of which were then held closer to New York.

And I had even less exposure to Arts and Crafts silver.

But I fell in love with this small silver spoon.

The internet and its great breadth of information did not exist at the time, but the telephone did, and so I called Emyl to thank her and to ask more about the maker, Wallace Silver. She informed me that the firm had roots stretching back to 1833, when young Robert Wallace began making sterling silver spoons in his Connecticut workshop. Like many silver shops of the late 1800s, the firm went through a number of mergers, management changes, and stylistic designs. During the Arts and Crafts era, however, the sons of Robert Wallace, who died in 1892, transformed it into the world’s largest producer of silverplate and sterling silver flatware. 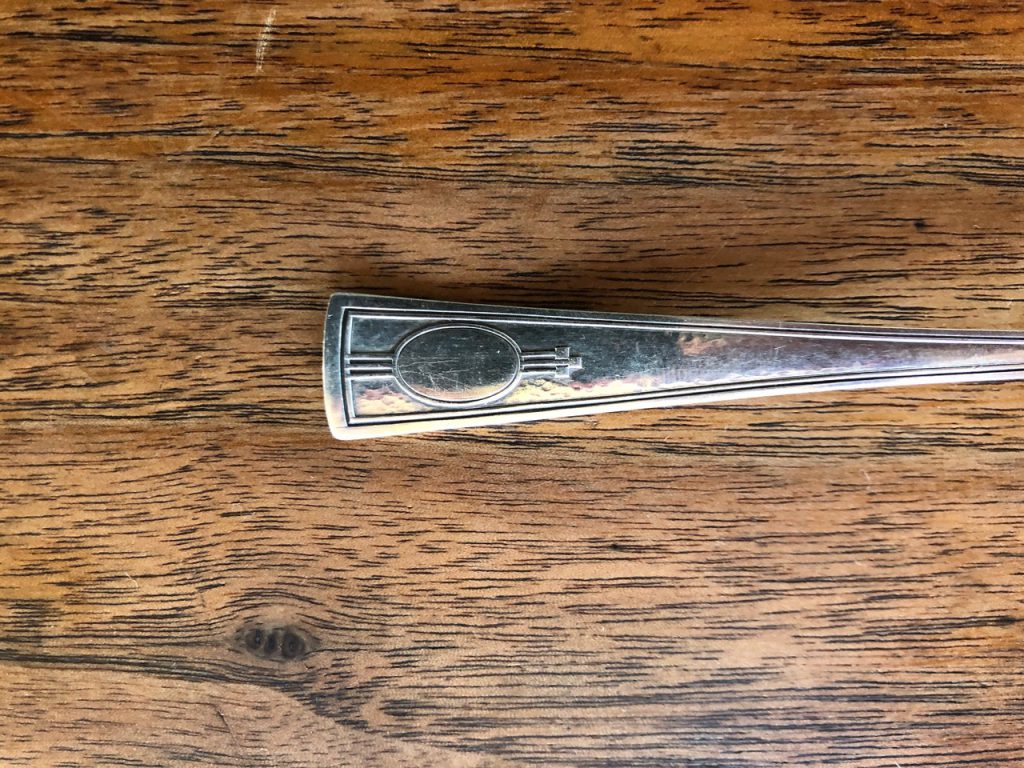 In 1917, the designers at Wallace Silver introduced yet another pattern to their extensive line of flatware, dubbing it Carthage, named after the coastal city in Tunisia considered to have been one of the most affluent cities of the ancient world. Unlike their fancy Victorian patterns, such as Louvre, Lucerne, Meadow Rose, and Peony, their 1917 design was strongly influenced by the Vienna Secessionist movement of 1897. The group, which included Austrian architects Josef Hoffmann and Joseph Maria Olbrich, called for “the promotion of the arts against the peddlers who pose as artists and who have a commercial interest in not letting art bloom.” Among their trademark motifs was a preference for geometric lines over floral and flowing designs, whether it be in architecture, furniture, pottery, or silver. 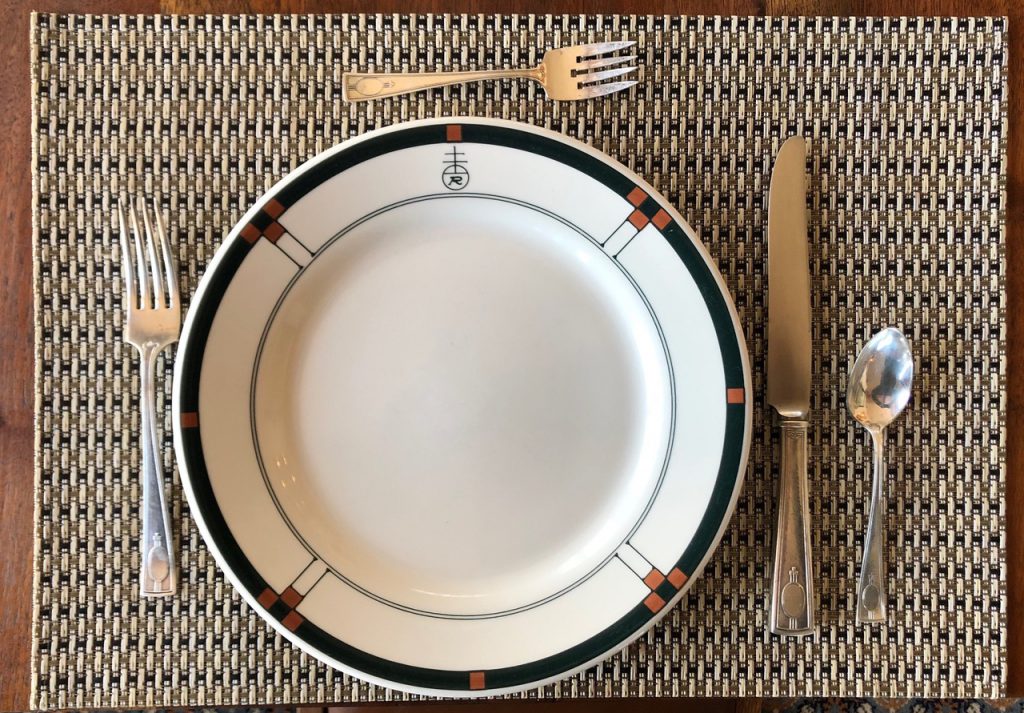 And so, this tiny silver spoon sent me on yet another series of little journeys, nervously bidding on more of them at auctions, scouring display cases in shops, and meeting dealers at antiques shows, all long before the internet made collecting as easy – and as impersonal — as ordering a book from Amazon.

Looking back, I cherish those memories I have of those pre-internet adventures, for they were far more interesting than any of the purchases I have since made simply by sitting in my chair and clicking the keyboard on my laptop.

Who could tell a story about that?

“Your memory is the glue that binds your life together.” – Kevin Horsley 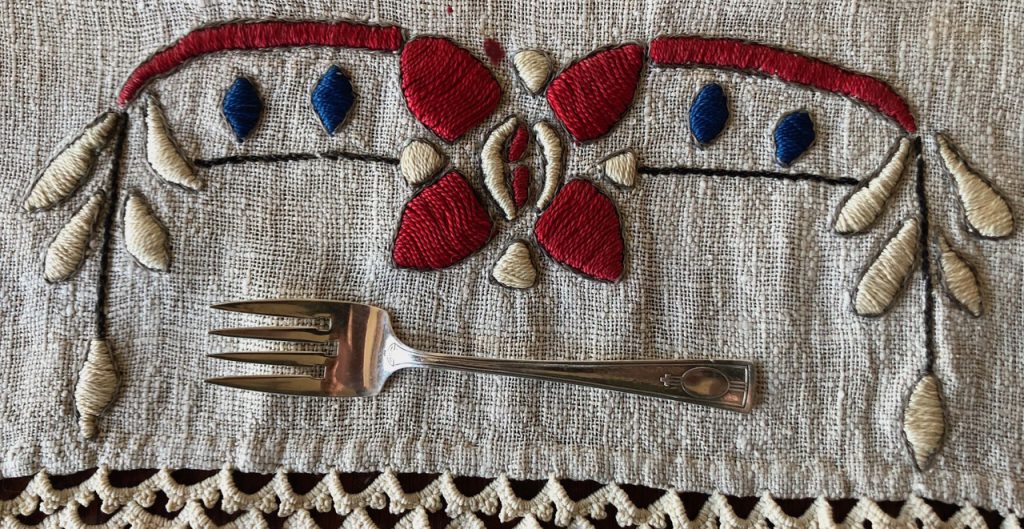 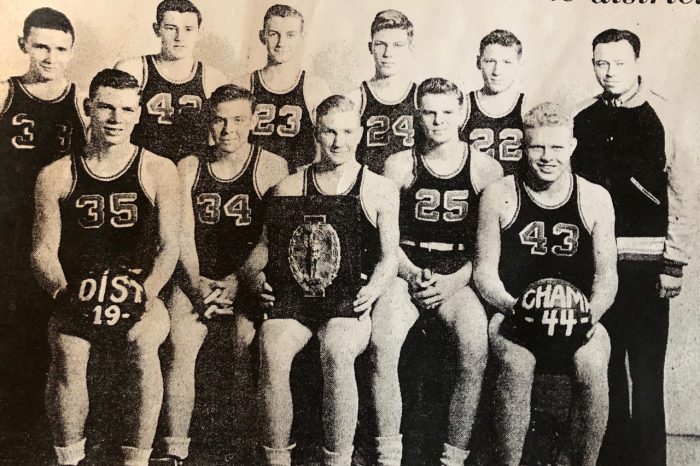