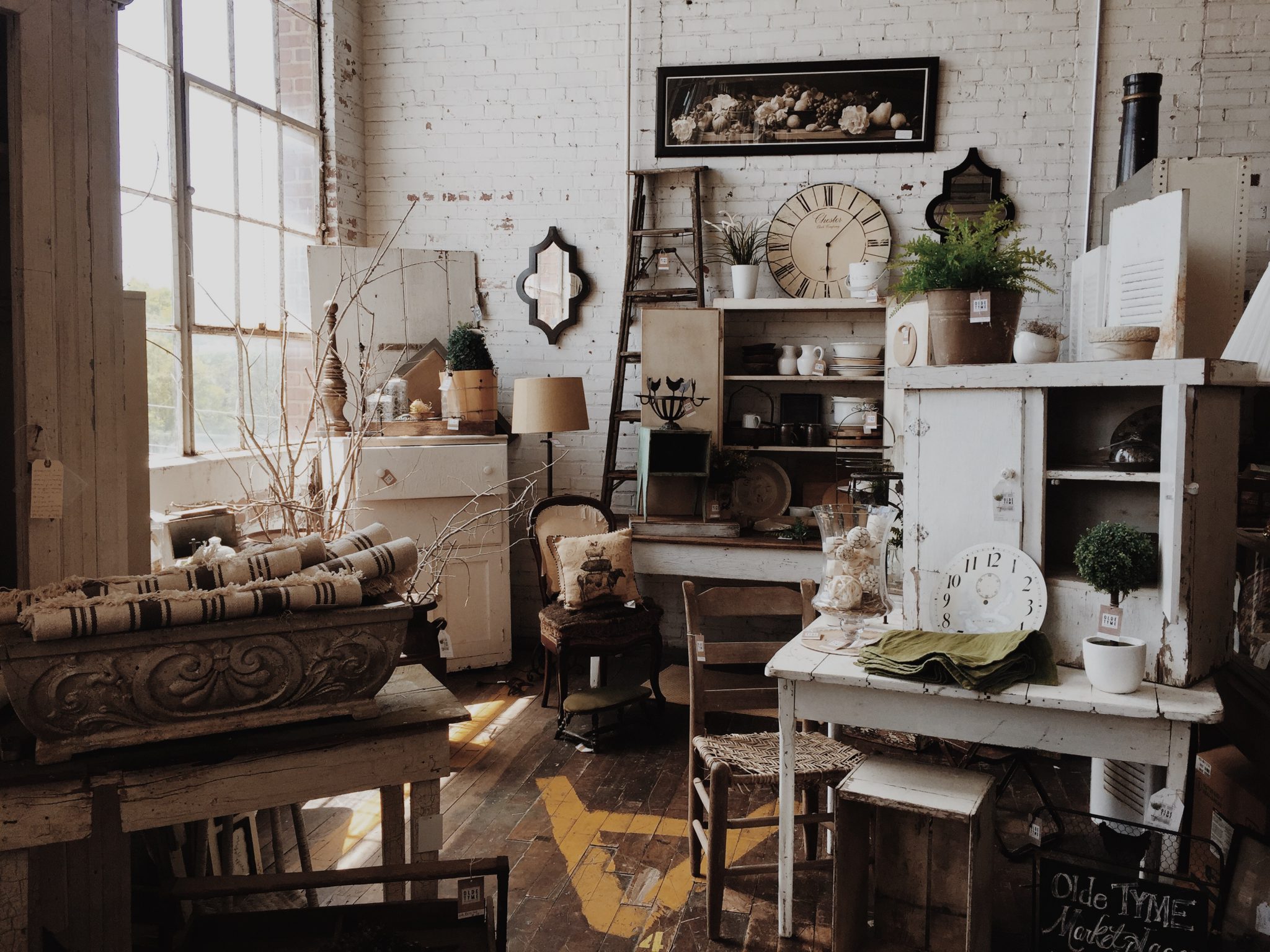 (This week, Bruce and I are switching places. After a discussion we had on antique stores, Bruce decided to write about reviving a old shop project he found in an antique store and after seeing a popular movie, I’m writing about the plight about small antique shops.)

I found myself a few days ago braving the chaos of an opening weekend at the local movie theatre. It’s the summer, I told myself. Once the fall starts, you won’t have time to go to the movies, so I better get my time in the movie theatres while I can. So off to the movie theatre I went with my date to see – of all things – Toy Story 4. Say what you want about animated feature films: I’m always pleasantly surprised to find how they tug at my heartstrings, a reminder to your inner child that it’s perfectly fine to look at the world with a vibrant wonder.

The reason why it’s relevant to talk about Toy Story 4 in this space? The majority of the animated film takes place in an antique mall. An excellently animated CGI antique mall.

A screenshot from the Toy Story 4 trailer. The owner of “Second Chance Antiques”, the CGI (computer-generated image) antique mall featured in Toy Story 4, walks down the aisle before she closes the store for the night.

Second Chance Antiques is the antique mall where viewers are introduced to the characters of Duke Kaboom the canadian stuntman, Benson the ventriloquist dummy, and the complex Gabby Gabby — and in case you’d didn’t know, the latter character’s home is a large art deco cabinet, expertly brought to the big screen. According to blog Pixar Post, the team of animators at Pixar took two years to create the setting, visiting and meticulously researching several antique malls to get a sense of the atmosphere. Second Chance Antiques was designed with an 8,000 square foot space in mind and 10,000 items to fill the shelves! ** This set has been, by several different accounts, the most ambitious and complex set in the history of Pixar animation.

As I was watching the film, I was in awe of the ability of Pixar’s animators to portray reflected light from art glass lamps, the aged sun spots on an old vase, even down to completely realistic spider webs behind display cases. As I was relaying this recap of information to Bruce, I had realized that when I was watching, I remembered my feelings of overwhelm as I had visited similar antique malls with the realization that despite all the amazing but numerous displays, these stores are jungles of stuff. It turns out that was exactly what the animators were going for – to see an 8,000 square foot space with space for 10,000 different items already seems like an overwhelming space for a human, it has to feel like a jungle for a toy. 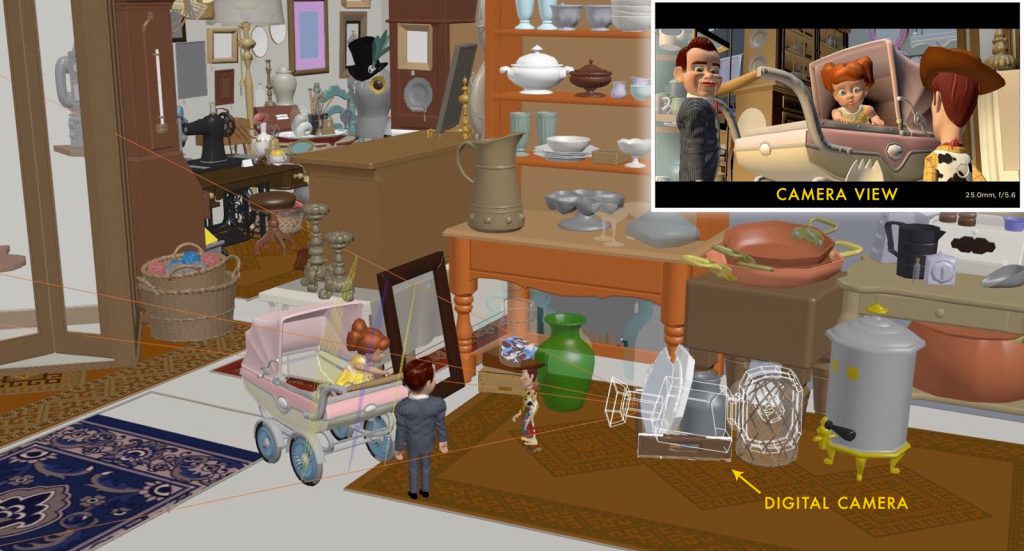 Showing an animator’s view of a scene inside “Second Chance Antiques” the computer-generated imaged designed antique mall in the movie Toy Story 4. The whole space was designed to be 8,000 square feet, holding around 10,000 items. Image used with permission from PixarPost.com.

Meanwhile in real life – specifically in Western North Carolina – three antique stores in the Asheville North Carolina area, a combined 75 years of experience, have closed due to property rents becoming prohibitive and the local flavor of Asheville changing to a foodie/music/beer paradise.

“The traditional freestanding antique shop is nearly extinct, having been replaced with antique malls, where they sell more reproductions and fakes than antiques,” Bruce says. “It’s become a case of buyer beware.” The folks behind the counters become well-meaning clerks rather than storytellers. It’s easy to get overwhelmed in an antique mall – has the curated attention that would mark mom and pop stores become a thing of the past?

12 years ago, I lived above a small antique shop called Fortuna Art & Old Things, run by a lovely mother-daughter team. The two women were so knowledgeable and always had a story at the ready for their small stream of dedicated clientele. I was always amazed at their ability to tell a story behind every piece they sold. Out of curiosity, I looked them up to see if they were still in business. Thankfully, they are. They are lucky.

Perhaps Second Chance Antiques was named what it was for another reason and had a larger role to play than in the film. Like the lonely toys and decorative art pieces featured in the animated feature film, perhaps this movie might inspire families to seek out mom and pop antique stores to give their wares – and in turn, the store itself – a second chance of their own.

So this all might be a long-winded way of saying that with the release of this movie, we might turn our attention to the plight of the antique stores of the country. I believe collectors are always looking for the gem in the rough, and perhaps a child looking for a Gabby Gabby doll or a Duke Kaboom stunt car might see something else that catches her eye and triggers that interest in collecting.

I might be preaching to the choir here, but do yourself a favor and see Toy Story 4 — and after, see if you aren’t overcome with an urge to visit your nearest antique shop to give a doll, some silverware, a table, a vase an additional second chance.

“My favourite finds are often antique pieces with a history.” – Alice Temperly

**If you’d like to know about how animators created the Antique Mall and each of its 10,000 items, read this fun article from Pixar Post: 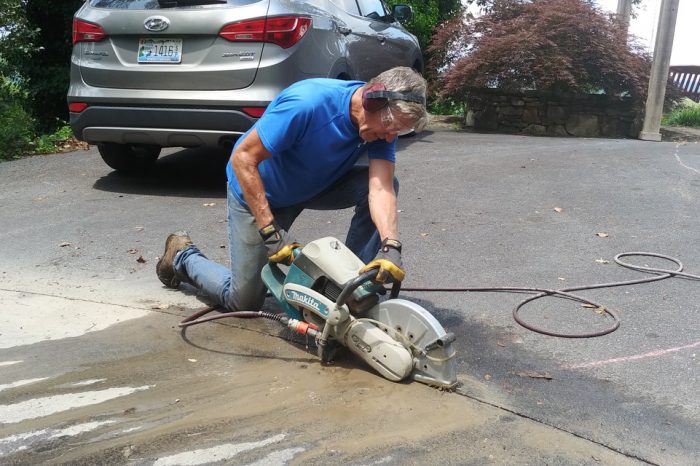