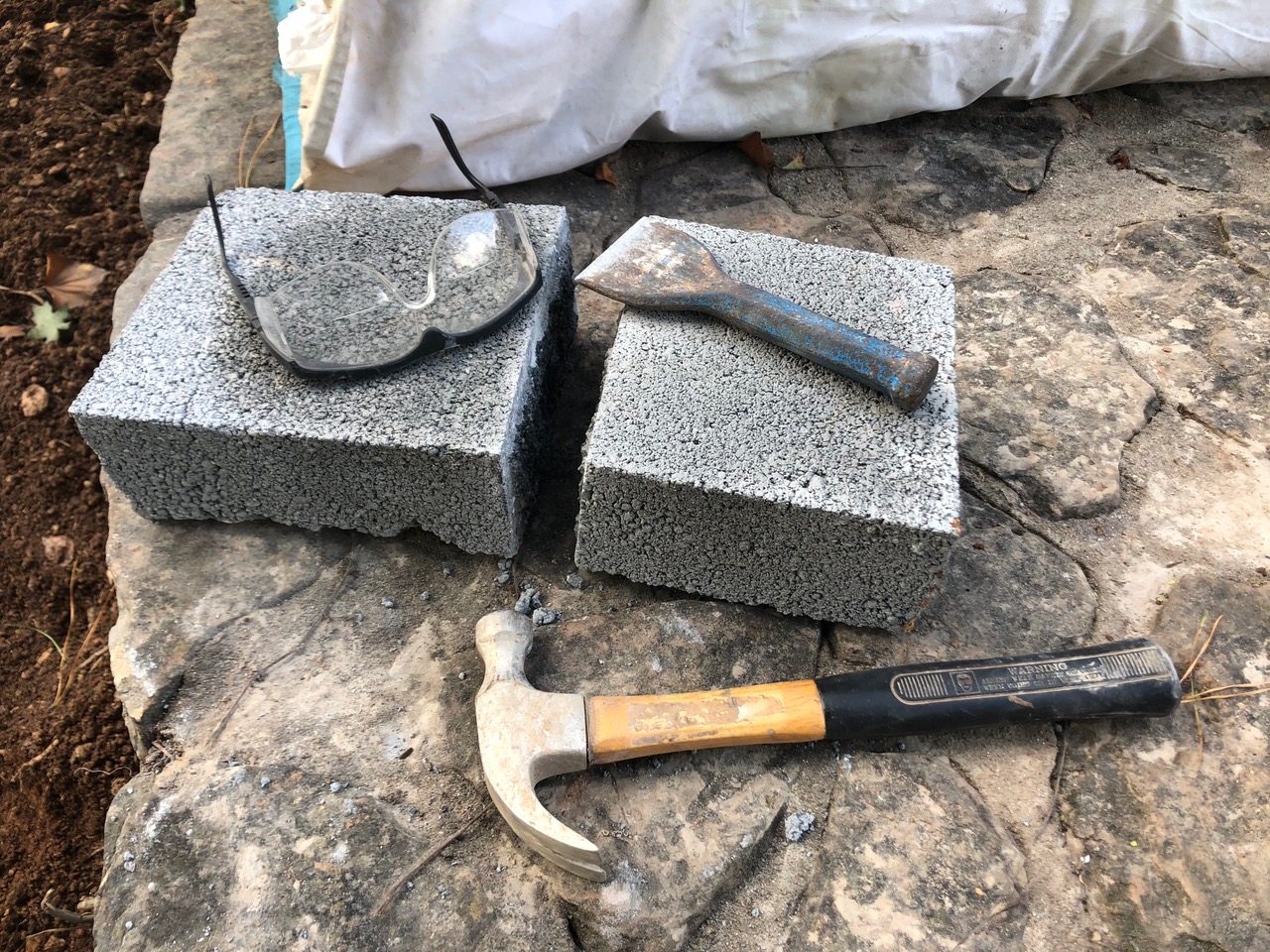 Anytime someone suggests that you build a retaining wall out of wood, politely smile, nod once, turn — and run.

Trust me, I have constructed retaining walls short and tall from creosoted railroad ties, pressure-treated wood, landscape timbers, even tree trunks, and one thing was always the same:  they rotted. 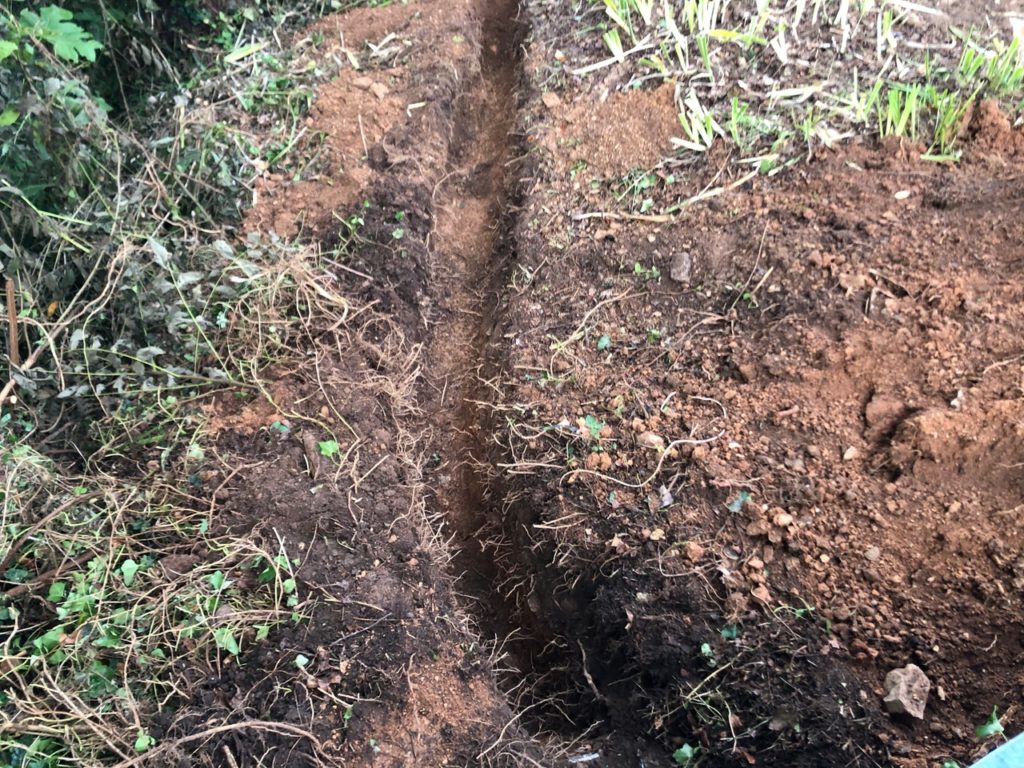 If you saw my earlier column, you know I am building a low retaining wall on a steep slope to prevent honeysuckle and ivy vines from invading our flower garden. Hacking my way through the mat of vines and roots was bad enough, but soon I ran into a wooden retaining wall I had assembled from railroad ties just a few years ago. Not only had the honeysuckle vines tunneled under them, but the ties, which never were attractive, had already begun falling apart. 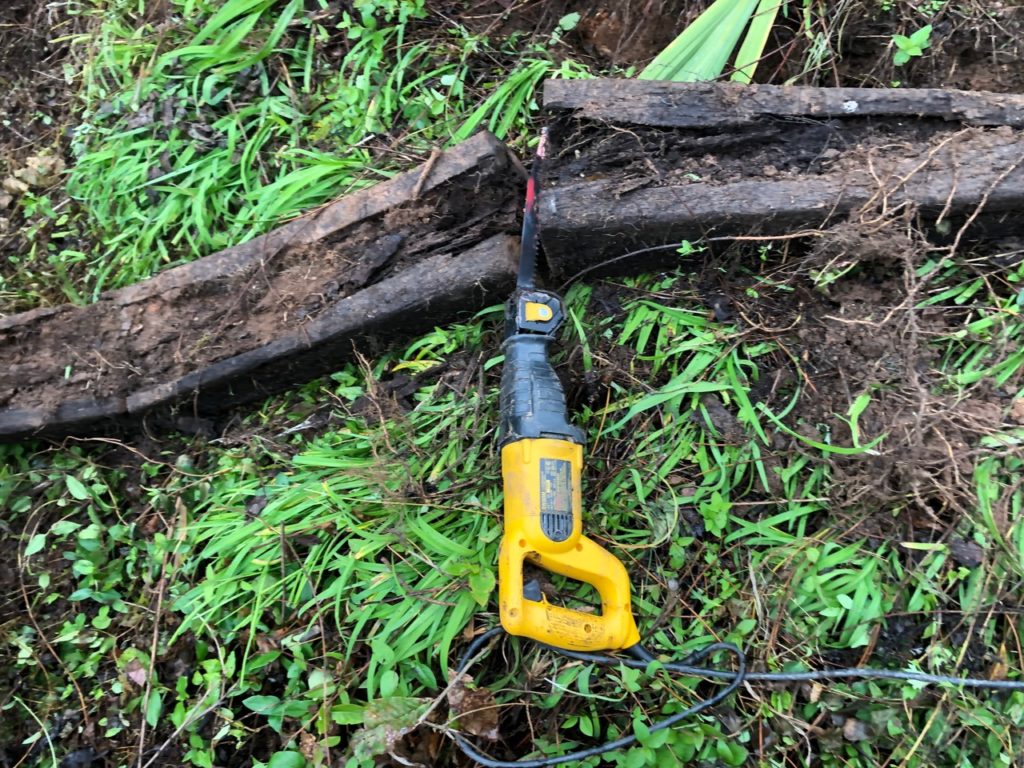 Each one, however, was at least eight feet long and still weighed more than a hundred pounds, which seems even worse when you are hoisting wet creosoted wood crawling with insects up out of the ground. Since I am adverse to asking for help (that’s a man thing, right?), I brought my Sawz-All with a ten-inch demolition blade out from my garage and sliced each one into thirds, making them a little easier to carry away. 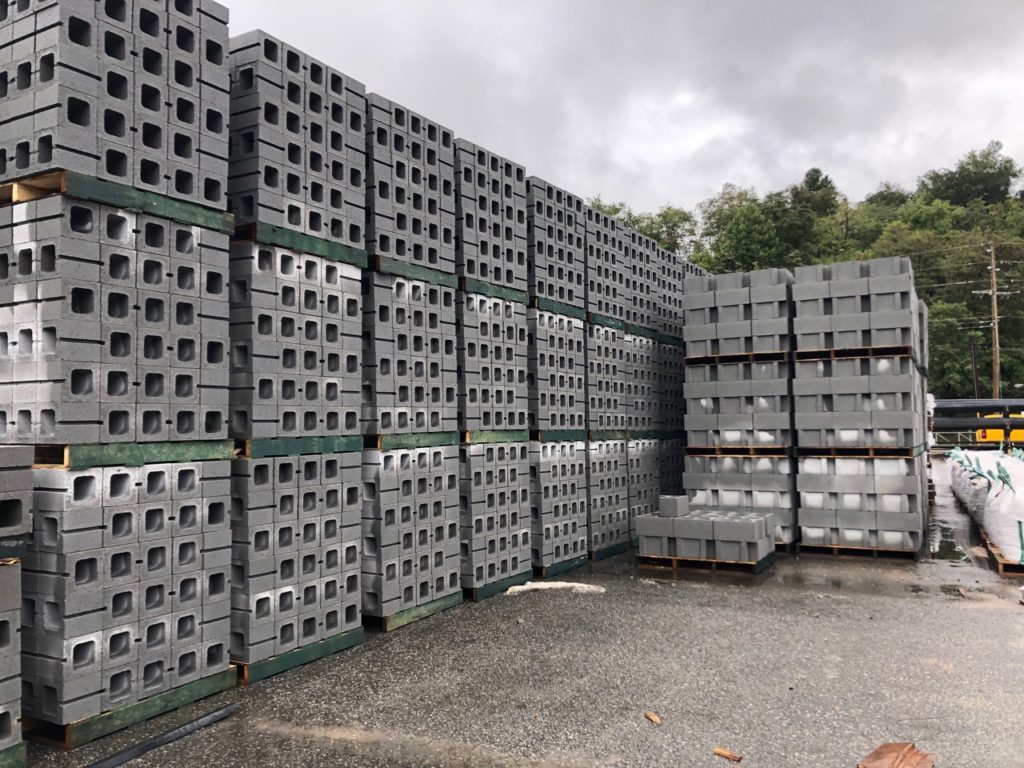 It seemed like a break, then, to make a return trip back to Adams Concrete down by the railroad tracks next to the French Broad River to pick up another load of concrete blocks. I learned long ago that the guys running the forklifts treat you more seriously if you dress for success:  work boots, dirty jeans, an Atlanta Braves baseball cap, and a sleeveless Jack Daniels tee-shirt. A Marshall Tucker Band tattoo gets you a silent nod of approval – and faster service. 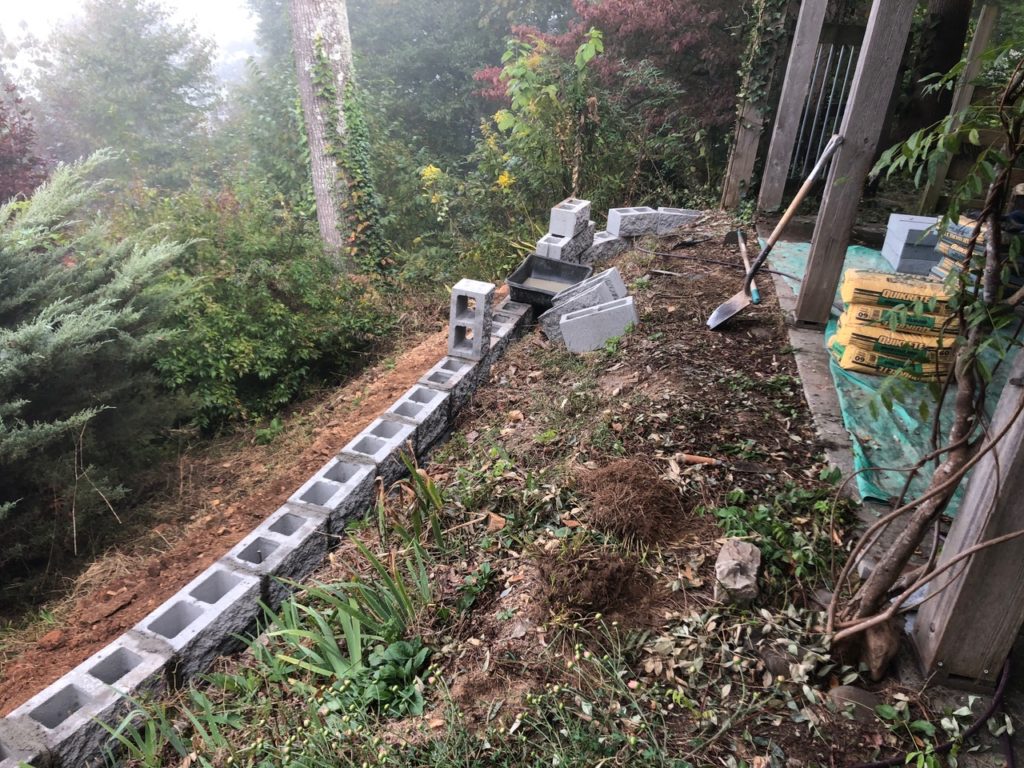 Back home, I changed clothes before Leigh Ann saw me, scrubbed off my tattoo, and continued working on my garden project. My wall was too small to justify having wet concrete delivered by truck, so I mixed each sixty-pound bag of dry mix with water to pour my foundation, then did the same with mortar mix to adhere the blocks to each other. 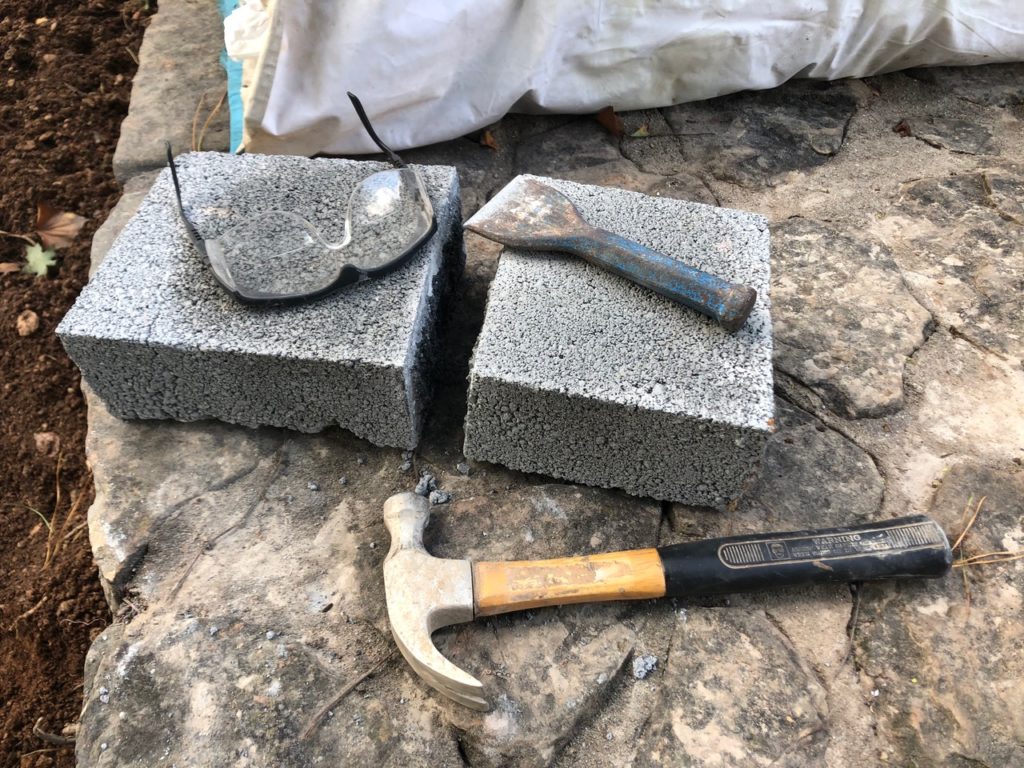 Occasionally, to form curves and to stagger the mortar joints, I had to cut a block of concrete. Again, my wall was too small too justify renting a special concrete saw, so I did it the old-fashioned way:  scoring a line around all four sides with a narrow stone chisel and hammer, then splitting the block using a wide chisel. Sometimes the block splits along the scored line, and sometimes you end up with a pile of rubble. 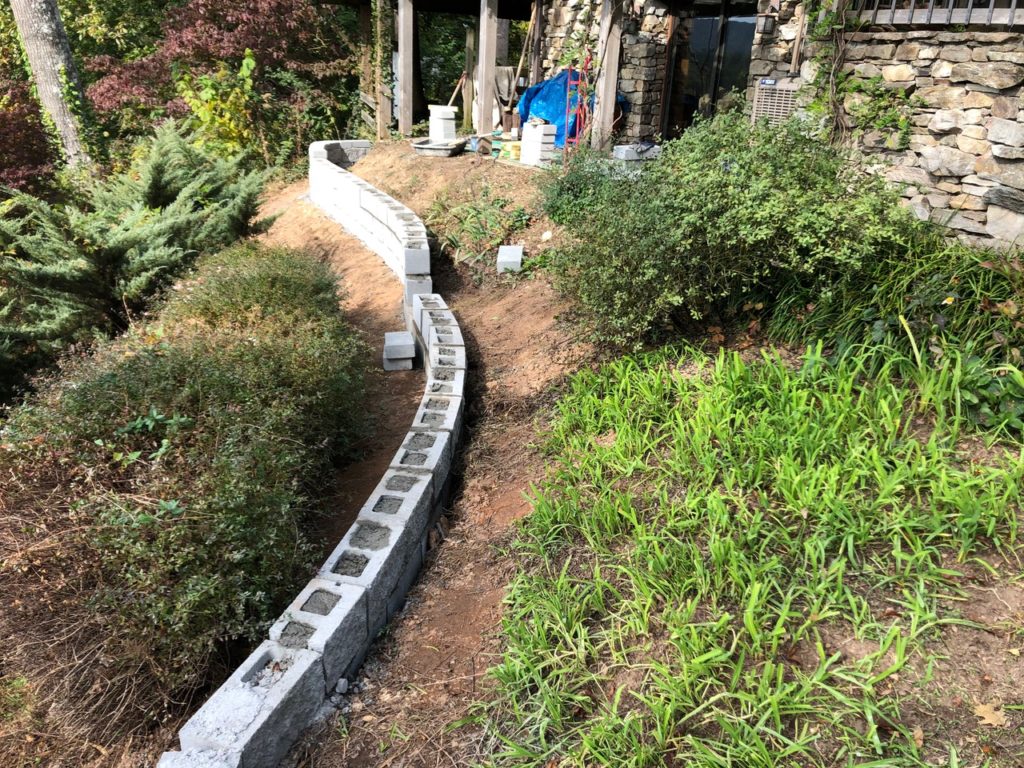 One of the many things my father taught me was this: “If you are going to do something, do it right.” So, to make sure my low garden wall would not come tumbling down, I filled nearly all of the hollow cells in the blocks with vertical steel rods and wet concrete. It’s an extra step, but it gave me the satisfaction knowing my wall will be able to withstand frost heaves, gravity, and us walking on it. 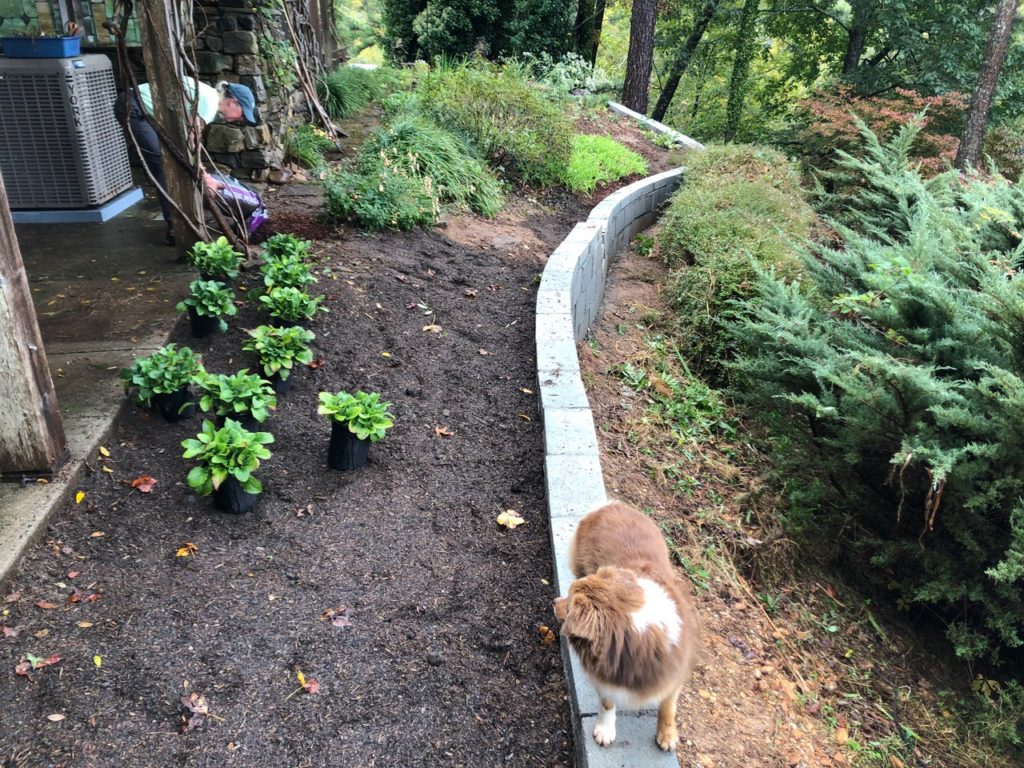 Despite the challenges of roots, vines, and rocks – and what would life be without a few daily challenges? – my garden wall is now complete. We backfilled the space between the wall and the hillside with bags of topsoil, and Leigh Ann immediately began replanting the iris bulbs she had rescued. She also moved a few plants over from her other beds, added a few more from our local nursery, and began laying down mulch where needed, all to make sure we will have a beautiful Arts and Crafts flower garden to enjoy in the spring.

“If you have a garden and a library, you have everything you need.” – Cicero 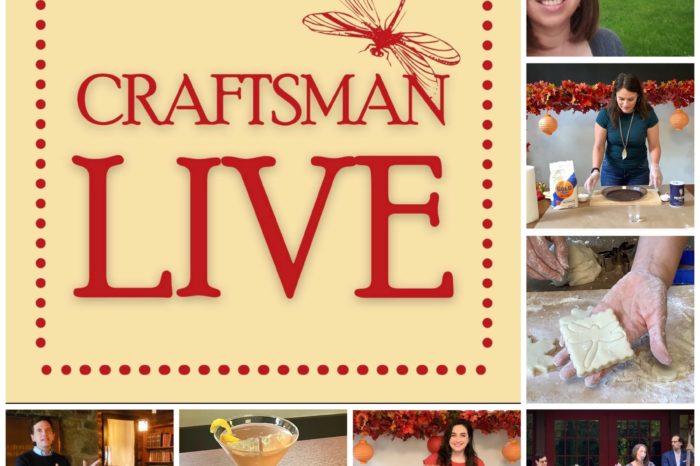 Celebrating An Arts and Crafts Transformation: A Preview of Craftsman Live and the Craftsman Gala