Arts and Crafts In the Emerald Isle 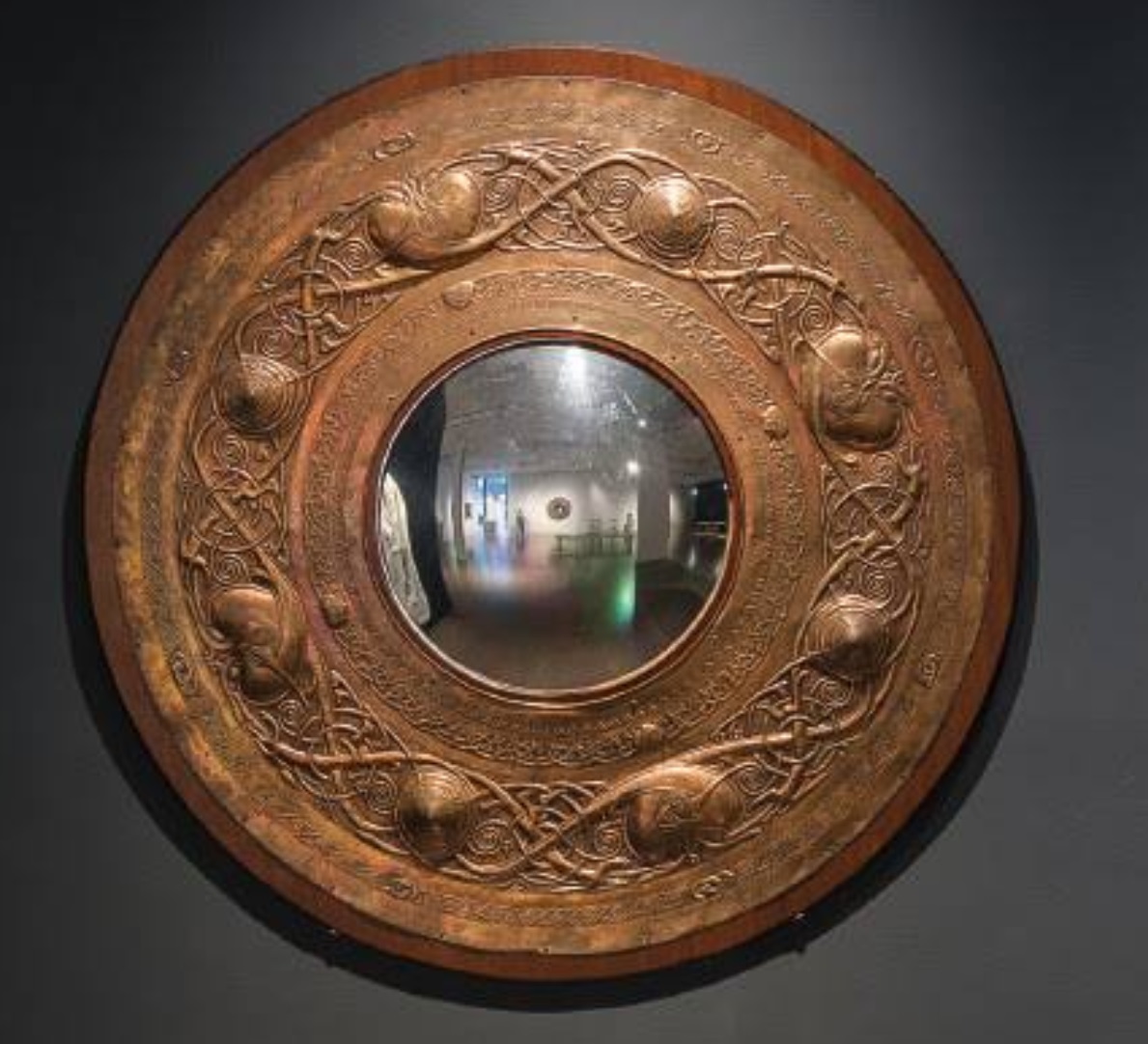 Arts and Crafts In the Emerald Isle

When this overseas vacation was merely an idea, it never occurred to me to look for the Arts & Crafts connection. A research book later and a number of online resources, I am determined to search down a few different items and names.

In 1904 in the city of Cork, Ireland, where local dockyard workers also dabbled in coppersmithing, local metalworkers from the Keswick School of Industrial Arts, led by skilled metalworker Thomas Sparks, would create the group known as the Youghal Art Metal Workers. Sparks, who had given his art working metal demonstrations at the Cork Exhibition of 1902, would teach his skills to the students so works could be made and sold.

Among the best pieces the organization made was a large circular mirror for the Abbey Theatre of Dublin. 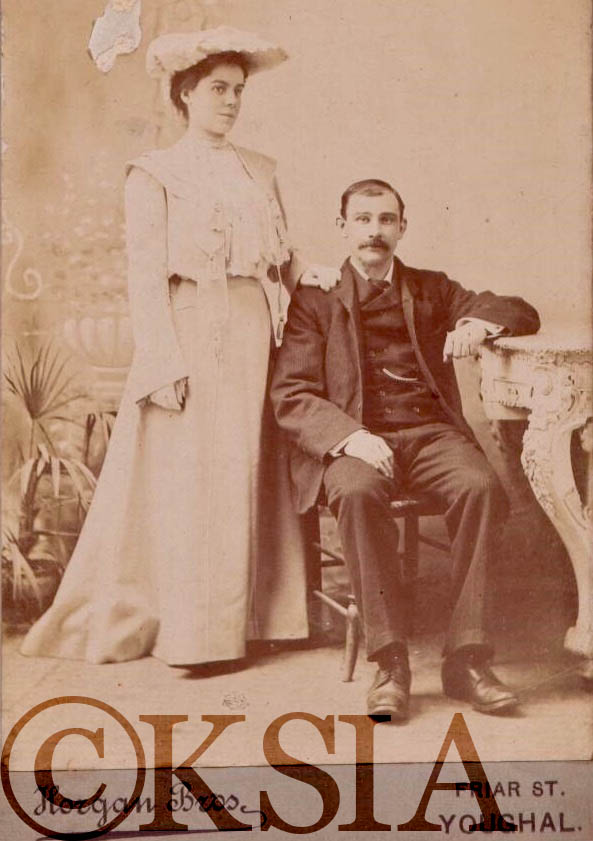 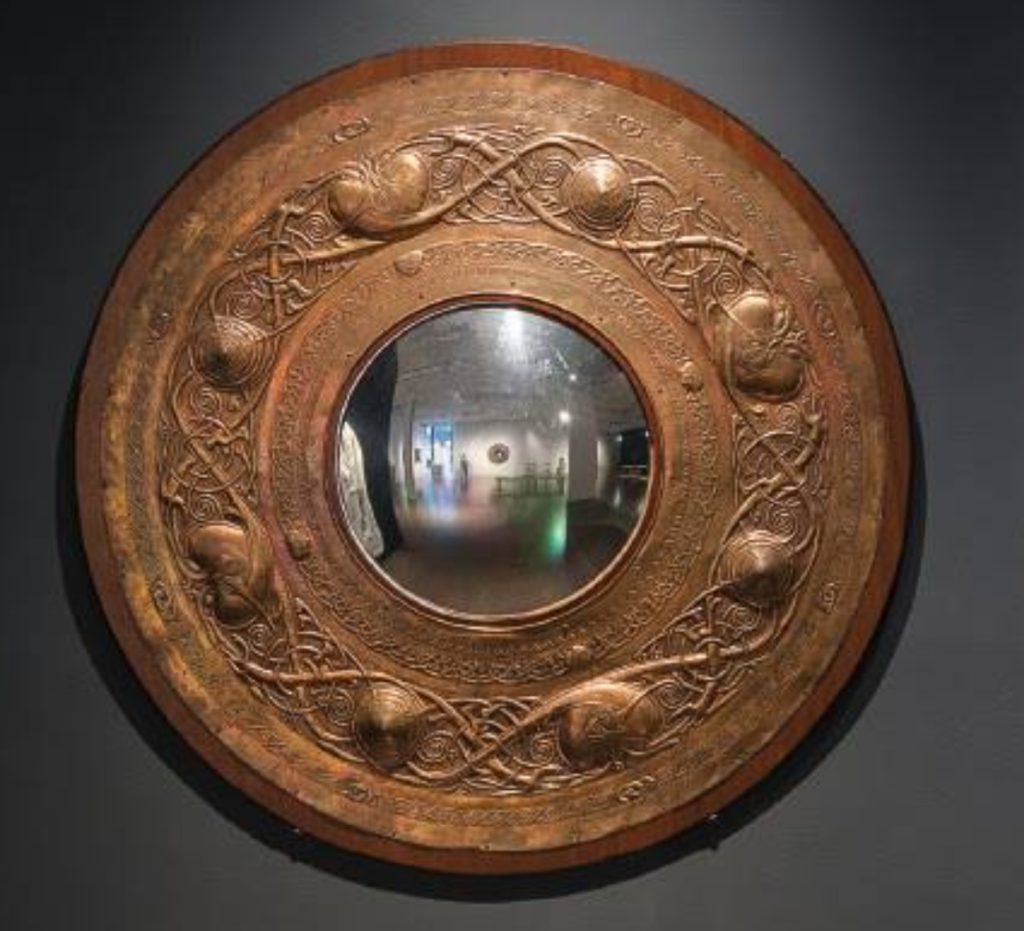 This mirror was made by the Youghal Art Metal workers for Dublin’s Abbey Theatre. The mirror also was featured as a highlighted work in the exhibittion “The Arts and Crafts Movement: Making It Irish” at the McMullen Museum of Art at Boston College in 2016. The work also graces the cover on the book “Made in Cork: The Arts and Crafts Movement 1880s to 1920s” by Vera Ryan. 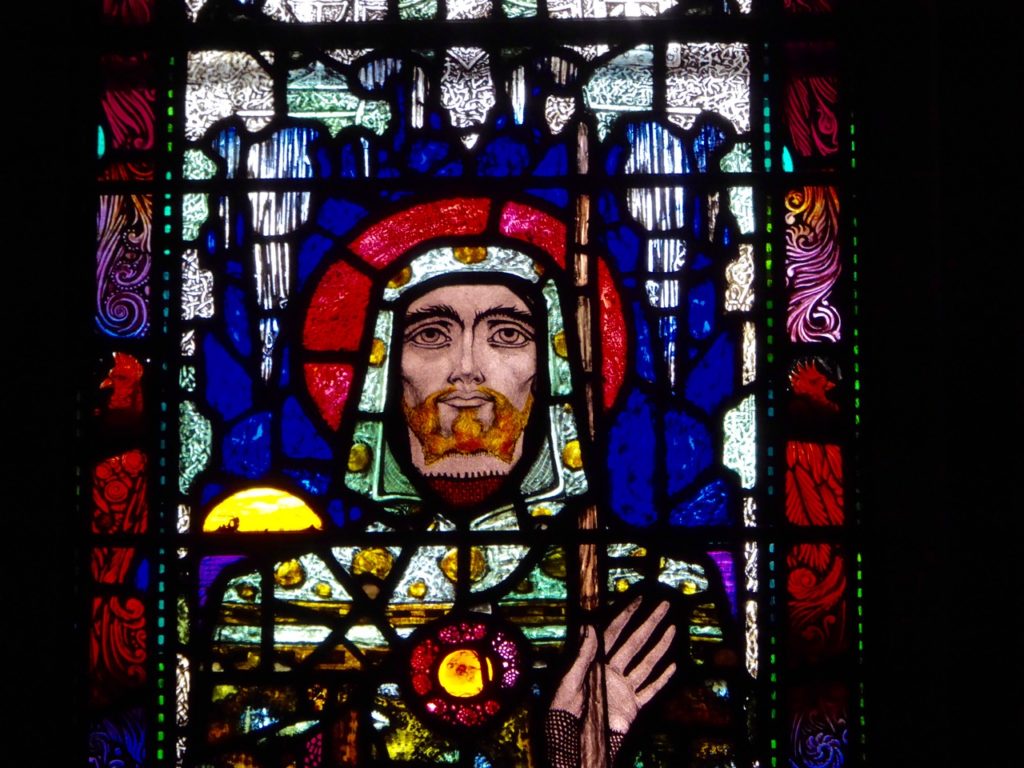 Stained glass artist Harry Clarke designed windows for the Honan Chapel at University College, Cork, his first major commission which launched his career. Honan Chapel is architecture, metalwork, mosaics, stained glass, furniture and textiles combine into a single vision. The windows, finished and installed between 1916 and 1917 contain all the marks of his own unique style, paying tribute to the saints that marked the Catholic influence. The Irish Arts and Crafts movement sought to bring back the importance of genuine irish roots after the British influence.

This one I’ll have to find out more information on, but Dun Emer Press was a printing house established in Ireland in 1902 by Evelyn Gleeson, Elizabeth Yeats, and William Butler Yeats. The studio specialized in printing and much like the Arts and Crafts Movement in England, these women of Dun Emer also provided training and work for other young women in the fields of bookbinding, printing, weaving and embroidery.

These are just a few of the names I’ll be looking up when I travel to Ireland. Let’s see what I find… 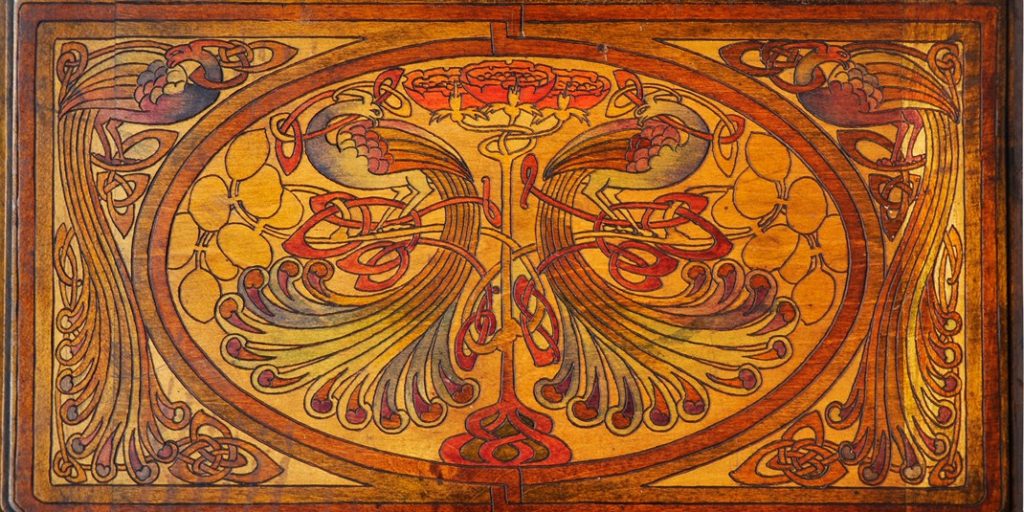 From ‘The Arts and Crafts Movement: Making It Irish’ at the McMullen Museum of Art: a panel from a wooden box lid with peacocks, flowers, and Celtic interlace, c. 1900–25, by Eva McKee (b. 1890). 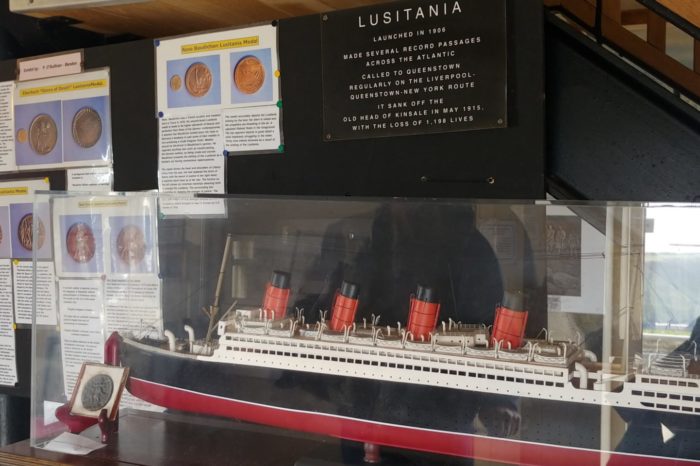 "Lest We Forget:" My Search for Elbert at Kinsale's Old Head Tower