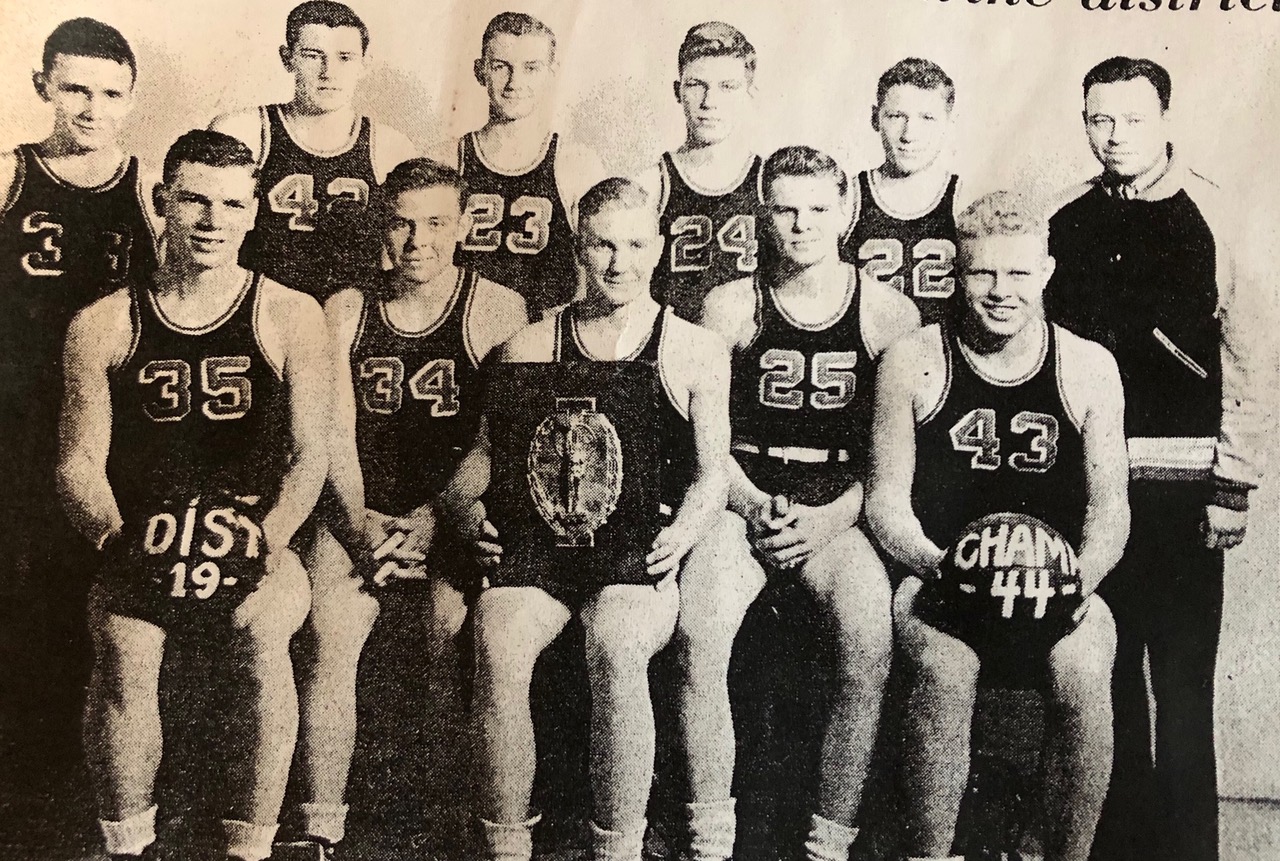 Today, nobody cares who they are.

As you are reading this, I am driving back to Illinois in our red Ford pickup with Leigh Ann and our three-year-old mini-Australian shepherd Nikki. Or Nicky, if you prefer. On Friday, we will celebrate my father’s 94th birthday at Mercer Manor, an assisted living center in the small town where I was born. Carry-out pizza and chocolate cake, I am sure of it. With lots of frosting. Afterwards, we’ll have Miller Beer at the tavern that used to be our railway depot, back when a panting Rock Island Railway diesel locomotive and a string of stained red boxcars still ran across the prairie like a Thomas Hart Benton lithograph. 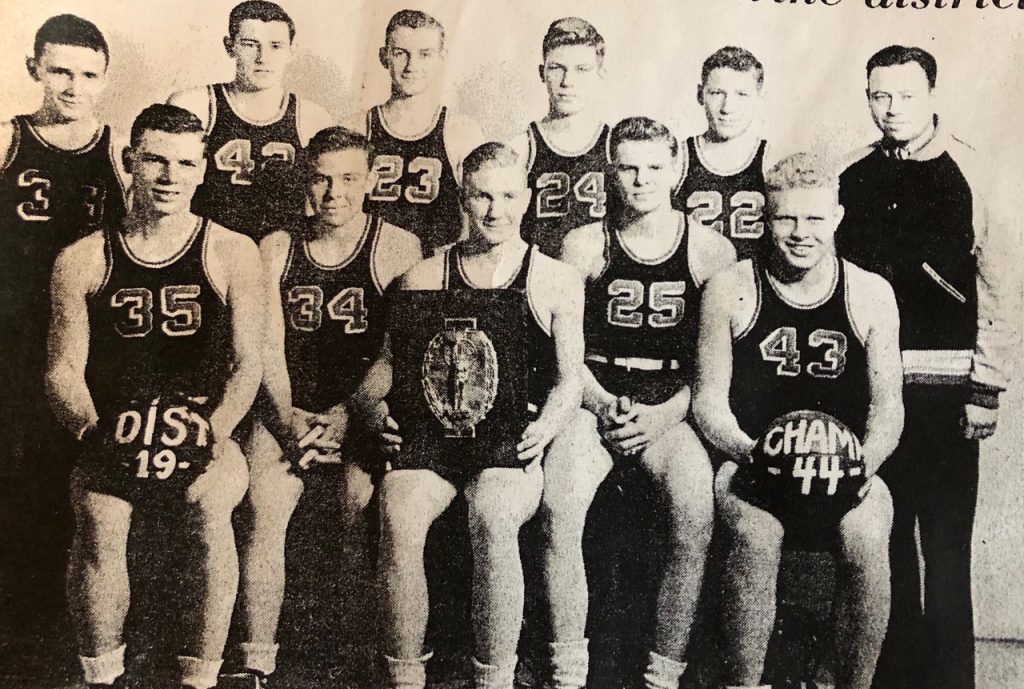 My father and my mother were married in 1949. He was a Navy veteran and she was his high school sweetheart, a freshman cheerleader when he was a senior forward on their district championship basketball squad. I have the trophy he is holding in the picture above. She is holding the basketball in the picture below. 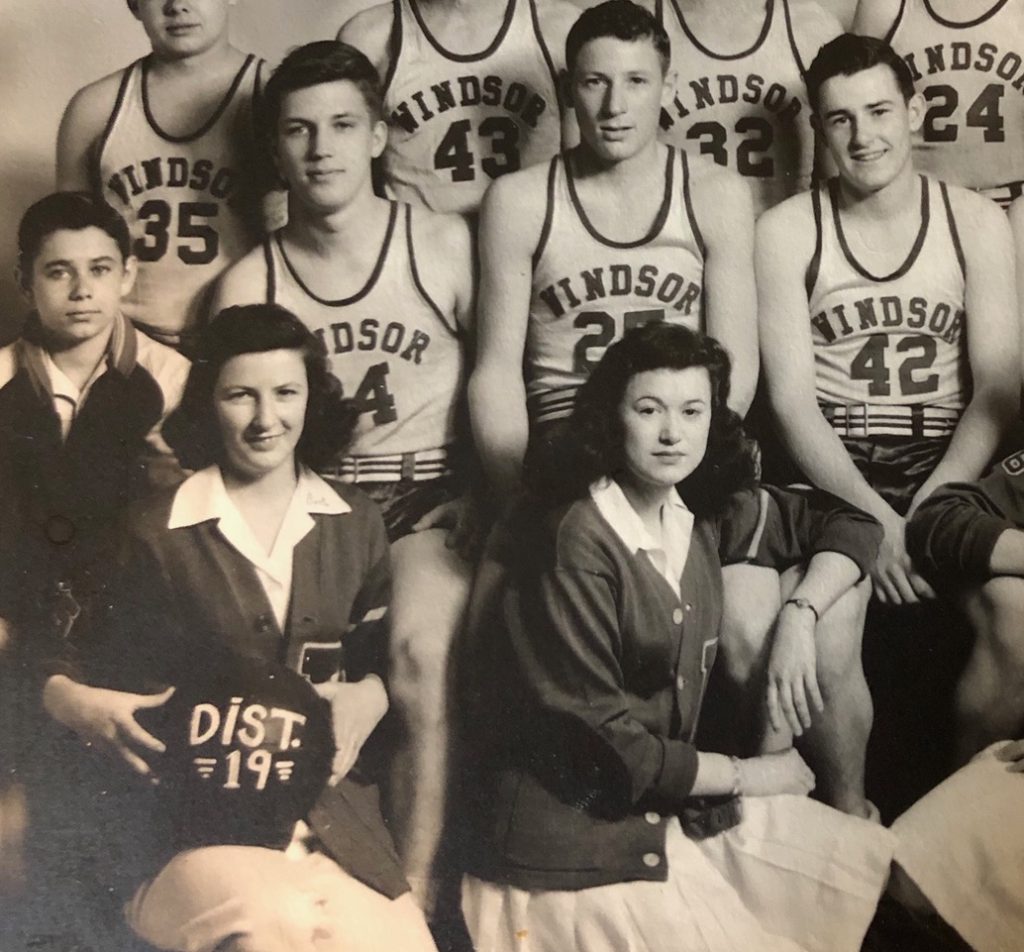 Like my father, I played basketball in high school; like my mother, I became a high school English teacher, but I didn’t inherit my love for antiques from them as much as I did from my grandmother. My parents were too busy raising four kids, all under the age of ten, to think much about buying antiques, although they both enjoyed collecting once we were grown and their lives finally settled down.

My father was a self-employed truck driver, delivering fuel oil and gasoline to local farmers. He started his business with a second-hand oak dropfront desk, which happened to be made by the Udell Furniture Company in Indiana. And it was Arts and Crafts.

Only he called it “mission oak.”

Once his business grew, he delegated it to me when he moved up to a larger oak rolltop desk. As an elementary school student, I didn’t think much of it. I must confess I treated it badly, until it eventually ended up in the attic of our 1919 foursquare home. Years later, when I began to come to my senses, I rushed up the stairs to retrieve it, gave it the careful refinishing it deserved, and still use it daily in my office. Dad’s Navy picture sits on top of it. Both will go to one of my sons. 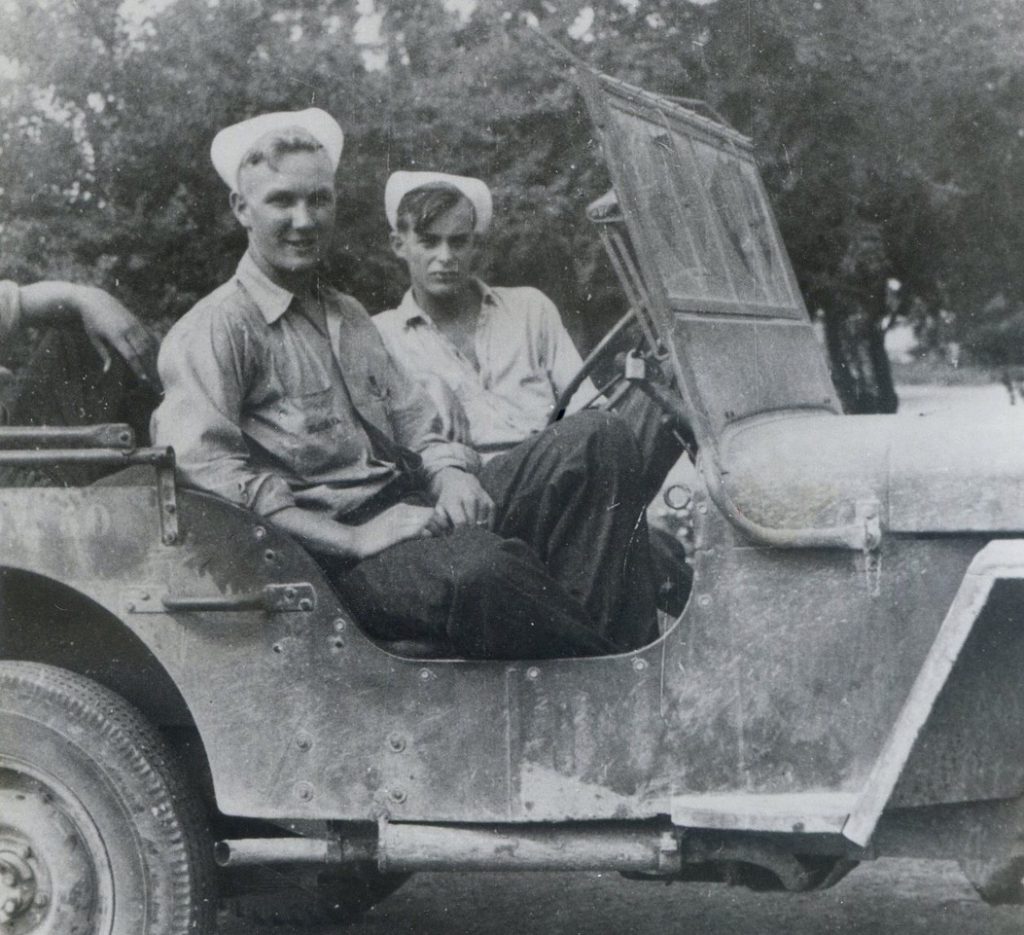 Years later, long after I had moved to North Carolina, searching for a new life and a fresh start at age 36, my mother and father came to visit. As he was sitting on our couch with his feet on a leather Stickley footstool, my father casually asked how much it was worth. When I told him, his feet hit the floor. Despite my encouragement, he never used it again.

“When I was growing up,” he explained, “having mission oak meant you were poor. Everyone wanted upholstered furniture.”

Looking around, he added, “I guess that’s changed.” 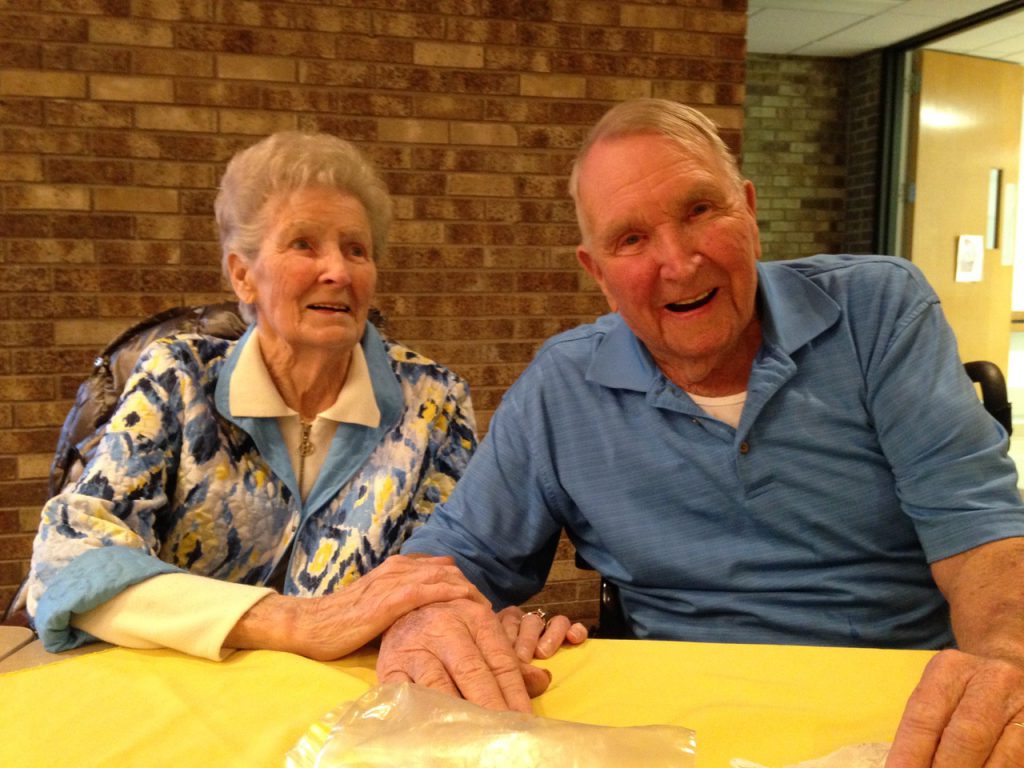 My mom passed away two years ago. Ever since, my dad hasn’t had any desire to go inside the home they shared together for nearly 70 years. My sister from Denver and I stay there whenever we come back for a visit. It’s a time capsule for us, looking just as it did in 1970, when I moved out.

I’m taking my father’s Arts and Crafts desk with me.

“It’s pointless to have a nice clean desk, because it means you’re not doing anything.’ – Michio Kaku 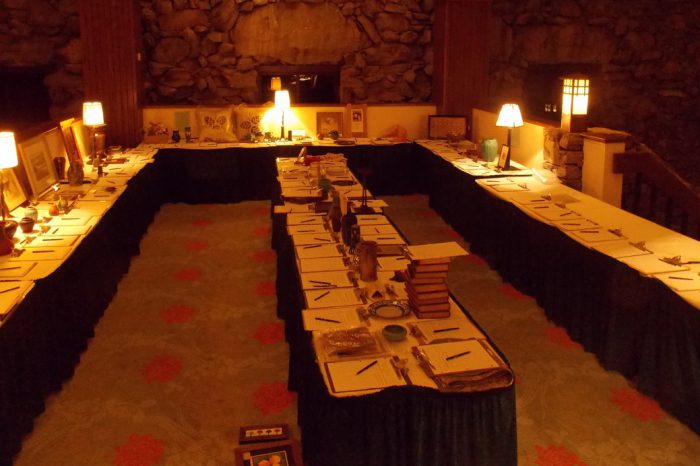