It almost happened to me again last week.

Even with nearly fifty years of experience, I came within the flick of a finger of bringing home something I would have regretted the next morning.

A link to a local auctioneer’s website had popped up on my computer screen that Friday morning, letting me know they were going to be selling several items made by Biltmore Industries and The Artisans’ Shop, two Arts and Crafts enterprises active during the first half of the twentieth century here in Asheville. Both small firms made hand-carved walnut bookends, bowls, trays, picture frames, stools and similar small items which they sold to tourists and local residents.

The sale was scheduled to start at six that evening, and all day I kept checking the online photographs and thinking about how great some of the more unusual items would look on my bookcase.

That was my first mistake.

Fortunately, I got a phone call from a friend who had already previewed the sale. “Watch out,” came the warning. “They’re unsigned.” 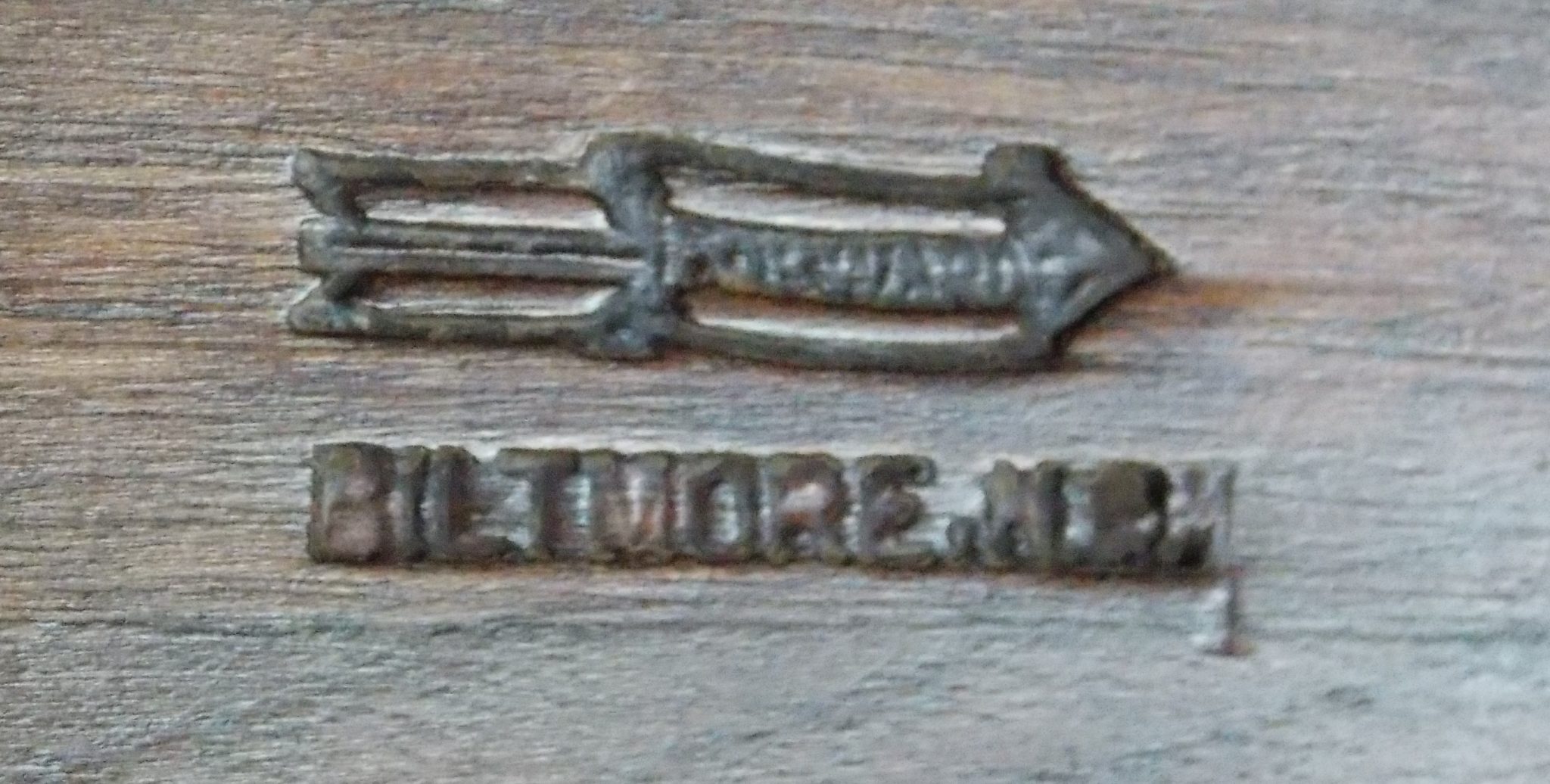 Now, I learned years ago that you can’t rely solely on shopmarks, but when a piece is unsigned, you have to be more vigilant, especially when it is “attributed” to a respected firm or individual who typically signed their work.

Did it just slip out the door without a mark? Or was it made by someone else, someone who never signed their work? Or was it made by an artisan working on his own time making Christmas gifts for his family? That practice, for instance, was permitted at the Roycroft Copper Shop, but only so long as the piece did not leave with the firm’s shopmark. 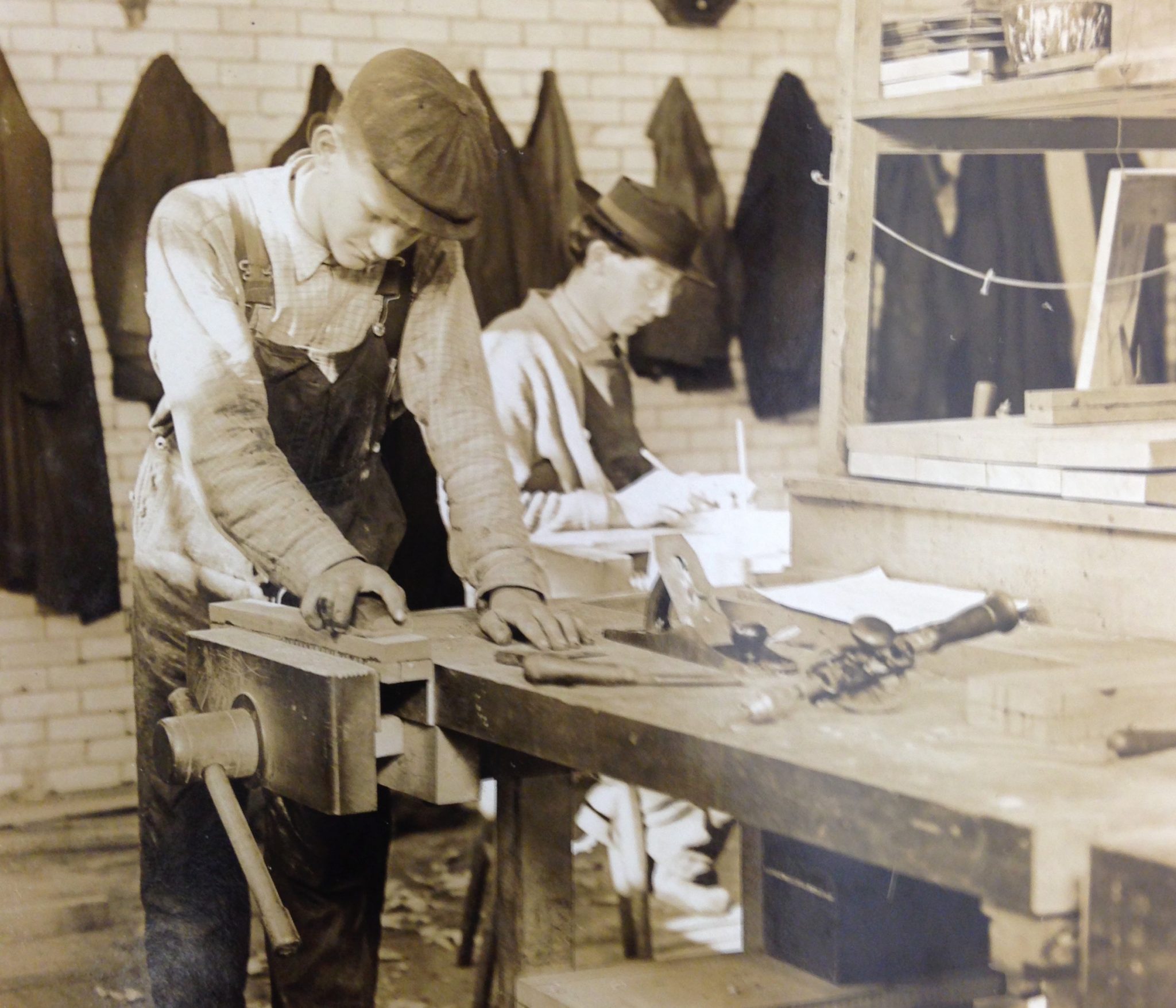 I arrived about forty-five minutes before the indoor auction began so that I could inspect each one. Of the fifteen or so pieces, six were branded with a legitimate shopmark, but I had the least interest in them, as they would have been duplicates for me. The rest not only bore no shopmark, but they also looked suspicious. They were definitely vintage, but the construction details and quality of the carvings were far below what I had come to recognize as being the best of Biltmore Industries and The Artisans’ Shop.

I stepped to the back of the room and called my friend who had previewed the sale that afternoon. We compared notes and came to the same conclusion: the unsigned pieces had been done by less skilled carvers (left bookend) who copied the designs of the two more respected firms (right bookend).

Nevertheless, I stayed, curious as to how the pieces might do. As each one came up for sale, the auctioneer proudly called them as being made by Biltmore Industries or The Artisans’ Shop, but in his opening announcements he had also made it very clear that nothing he or his staff said before or during the auction was to be considered a guarantee.

In nearly each case the bidding started slowly, and more than once I was tempted to raise my bidding card, although I knew I shouldn’t. But fortunately for me, somewhere else, somewhere far, far away, there was a phone bidder — who proceeded to buy most of the unsigned pieces I had come to see.

As I walked empty-handed out to my truck, I had to wonder: did the phone bidder inspect them in person?

Or was that their big mistake….?

Live your life with no regrets. 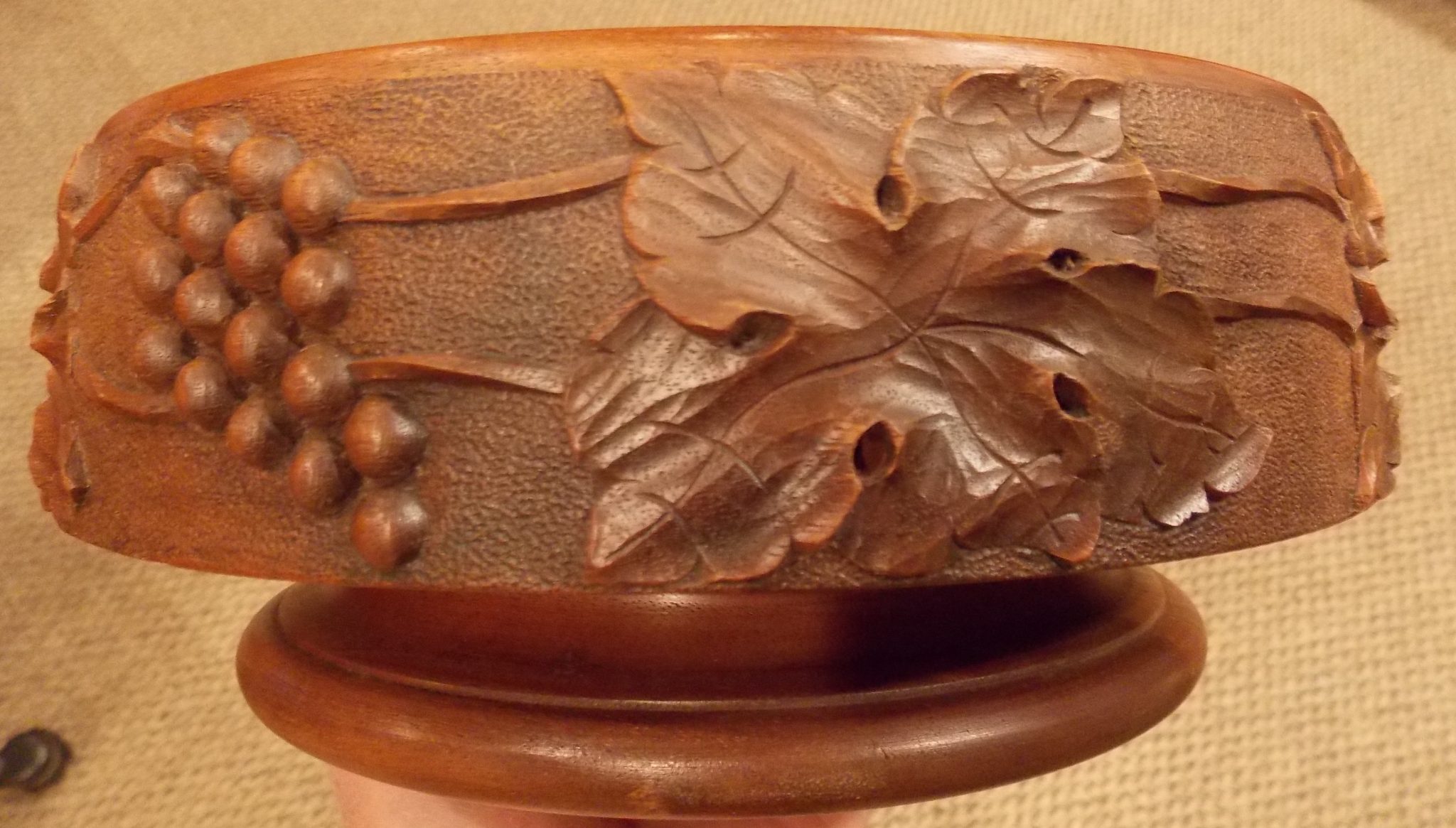 An example of a signed, well-designed by Eleanor Vance, and deeply carved Biltmore Estate Industries bowl.

Next Week: A Thrift Shop Discovery 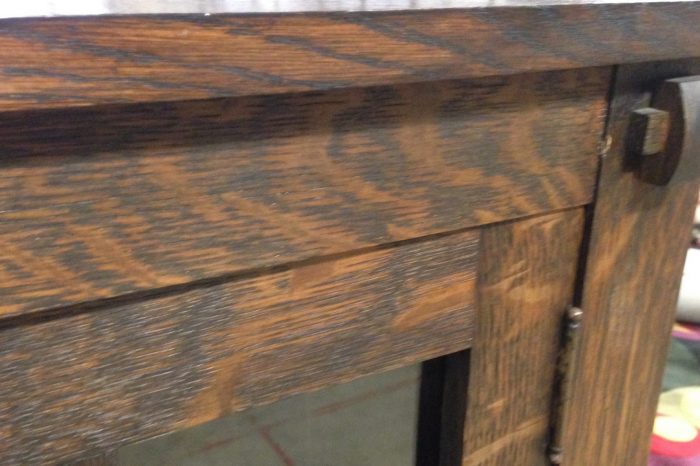