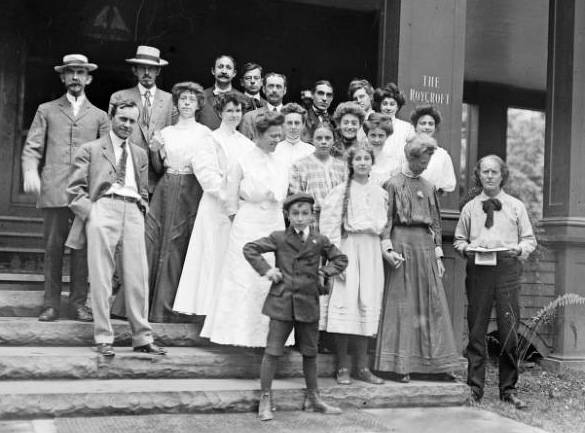 One of the behind-the-scenes traditions we honor each year at the National Arts and Crafts Conference are the two exhibitor meetings I hold late on Thursday afternoon prior to the opening of the shows on Friday. By that time nearly all of the exhibitors, both antiques dealers and contemporary craftsfirms, have arrived, unloaded their trucks and vans, and have their booths almost ready for you.

My list of topics to bring up with them is pretty predictable for a live show: where to park after setup and during the shows, being primed and prepared each day when the shows open, making sure they have left room for customers inside their booths, watching out for their neighboring exhibitors when the aisles get crowded, making sure every item has a price tag on it, and my personal pet peeve – absolutely no eating in their booths during the show. 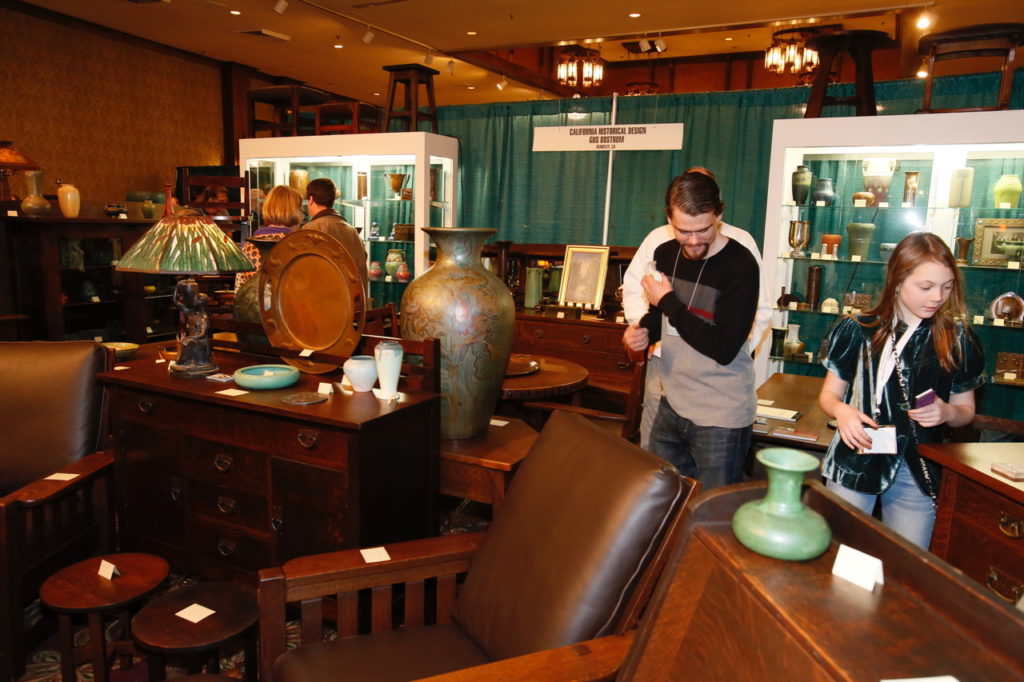 at the National Arts and Crafts Conference at the Grove Park Inn in Asheville, North Carolina, February 21, 2014. Photo by Ray Stubblebine

As autocratic as it sounds, the exhibitors actually welcome the strict discipline required to run a tight show for more than 100 exhibitors and nearly 3,000 people. One of them once described me as a “benevolent dictator.” I took that as more of a compliment than when senior editor Lisa Solis-Cohen from Maine Antique Digest called me a “modern-day Elbert Hubbard.”

Just a couple of Arts and Crafts hucksters . . . . 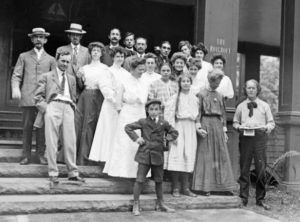 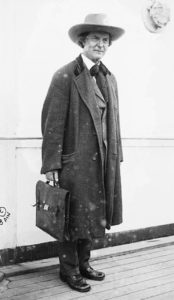 To his defense, while sometimes self-confident to the point of appearing egotistical, Elbert knew how to manage the nearly 400 people he hired to work on the Roycroft campus. And even though he died tragically aboard the Lusitania in 1915, the foundation he built and the son he trained in every department kept the Roycroft Shops going until 1938.

As previously announced, the Covid-19 restrictions will prevent us from meeting in person at the Grove Park Inn for the 34th National Arts and Crafts Conference in February. But like Elbert Hubbard, we have also built a foundation that will carry us into the future, one which in February will support a virtual conference schedule and shows for both antiques dealers and contemporary craftsfirms.

And so last week we held our annual exhibitor meetings earlier than usual and, naturally, they were held via Zoom rather than inside the Grove Park Inn. For many of our exhibitors, this was their first experience appearing on Zoom. Privately, I predicted that they might not have much to say, being unfamiliar with the Zoom protocol.

As it turned out, they loved being able to actually see their friends from across the country. As a bonus, they also got to see each other in their homes, and peppered each other with questions about what they were seeing in the background. What I thought would be a ten-minute meeting ended up lasting nearly an hour – and with a request for more exhibitor meetings in January and February.

And while we are already making plans for an in-person 35th National Arts and Crafts Conference and Shows at the Grove Park Inn on February 18-20, 2022, I can tell you now that I won’t be waiting until the Thursday before the shows open to hold an exhibitor meeting. 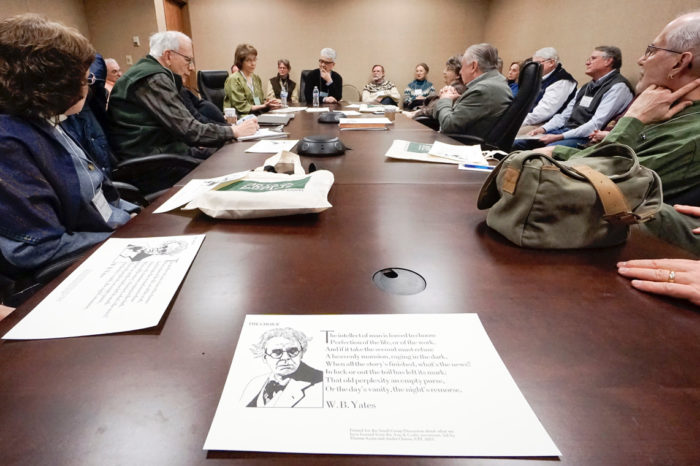