This was not an Arts and Crafts week for me, as I had other distractions, and so I don’t have any Art and Crafts stories to relate.

But our local television station ran two short features relating to exercise workouts, something which has recently reentered my life, that caught my attention. The first offered suggestions on how to train your body and your mind to get up earlier than you typically do, so that you can use that extra time to exercise. The tips were pretty obvious:  go to bed earlier; set your alarm just 10 minutes earlier, then keep setting it earlier as you become accustomed to getting up at that time; and having your coffee maker start automatically at the same time, so you wake up to the scent of freshly-brewed coffee.

Ironically, the next day’s news featured a story on exercise addicts. Seems some people get so addicted to working out that they begin neglecting both their work and their family. So far I haven’t met any of them at my local YMCA. 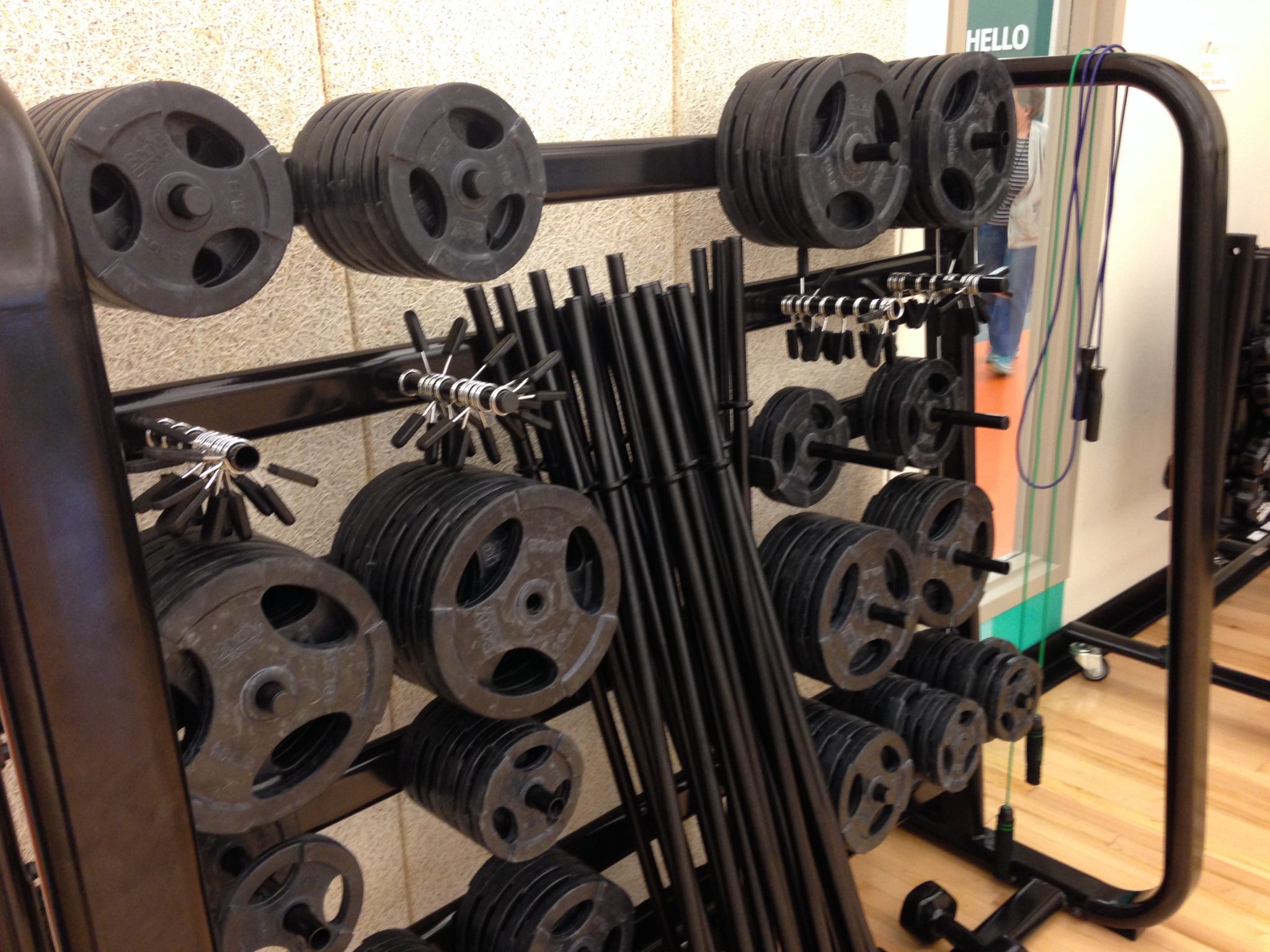 I do have a friend who, at age 35, has become something of a Cross-Fit addict. He thrives on the competitive nature of the workouts and has lost around thirty pounds, becoming a lean, lifting machine. Of course, each week he has either a sore shoulder, a twisted knee or a twinge in his back.

My approach has been far more low key. Three years ago I started walking first thing each morning. A year later I had lost 20 pounds and was walking a brisk four miles in less than an hour, without any running. But by then I was getting bored and needed some additional stimulus, so I took a friend’s suggestion and visited our local YMCA. 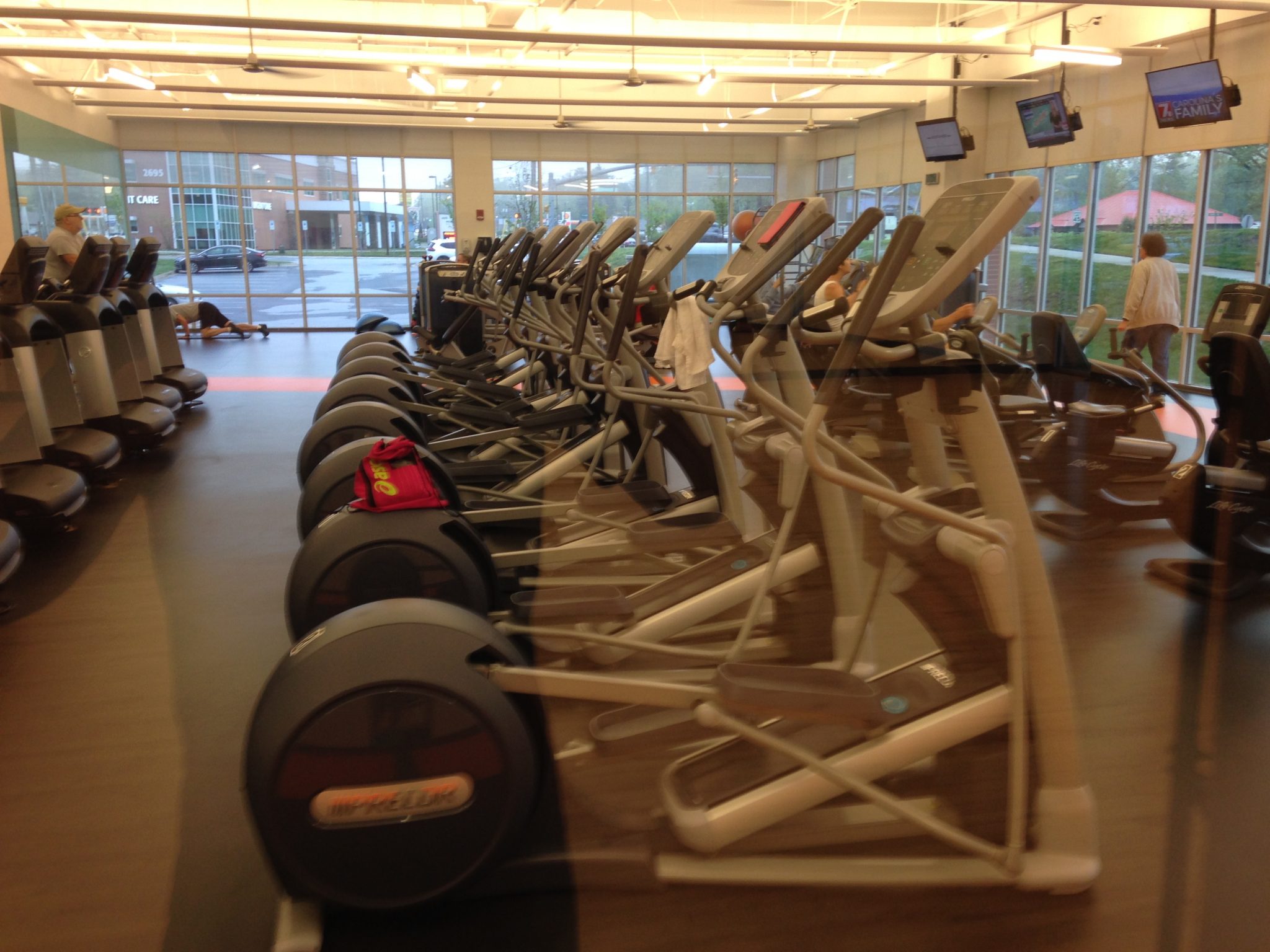 I know what you are thinking, because I thought the same thing. But it turns out the YMCA today is not the YMCA of thirty years ago. Asheville has about five of them and each is as sleek, clean and invigorating as any workout facility I have ever toured. In addition to treadmills, ellipticals, stationary bikes, rowing machines, weight machines and free weights, they have classes for every level of participant, from the overweight, out-of-shape novice to the lean, calorie-burning divas with their latest workout outfits.

Now, I love taking classes of any sort, and have taken ballroom dance classes, wine classes, lathe classes, cooking classes, tennis classes and am planning to next take a welding class. What I was somewhat surprised to discover at my earliest and subsequent YMCA workout classes was that the ratio of women to men was about 15:1, me being the lone male in many classes. 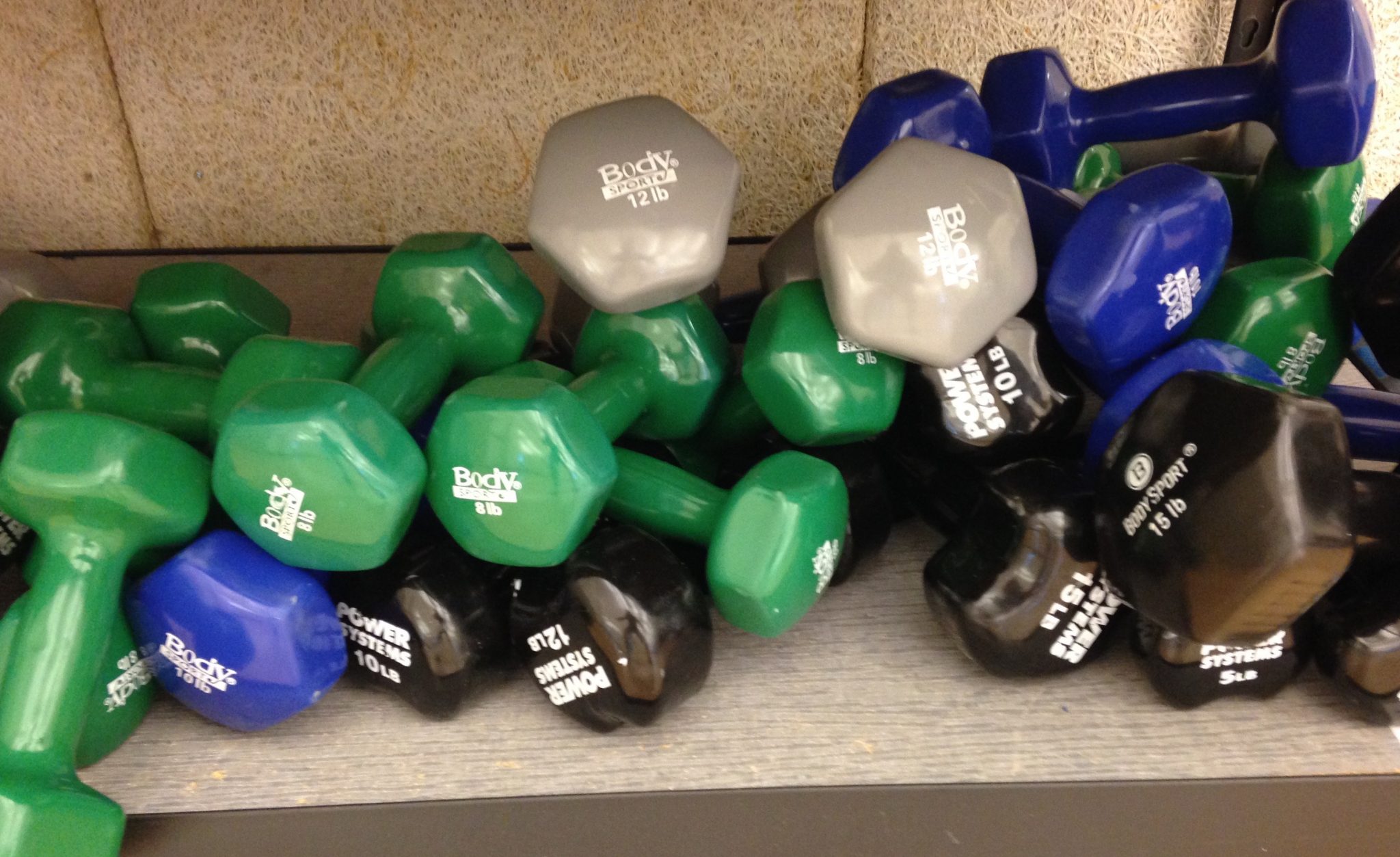 But I staked out a spot in the far back corner and quietly joined in. I’m not into Yoga, Zumba, Pilates or PiYo, but instead gravitate toward simple classes that involve hand weights starting at five pounds to as many as you want to load up on a bar for bicep curls and deep knee bends. Once the rest of the class figured out I was serious about being there each afternoon, they pretty much ignored me, as we all tend to create an invisible bubble around ourselves and become obvious to everyone else.

At least I do.

A year and a half later I have shed a few more pounds and tightened up my core, but, even more important, I have discovered I now have more energy throughout the day, my memory is sharper, and my focus is keener.

And I now have a new group of friends, people who only know and see each other at the YMCA, but who make it a point to end each class with a positive, “See you next time,” that helps to keep me motivated.

Take a first step:  onto a slow, steady treadmill. 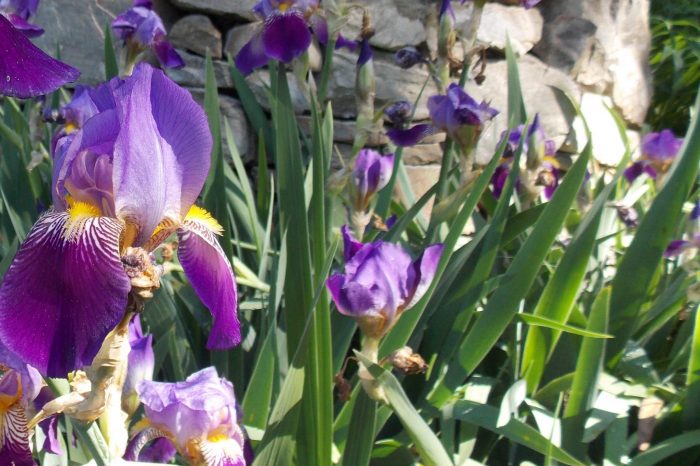 An Arts and Crafts Garden Retreat