Close Encounters of the Deer Kind 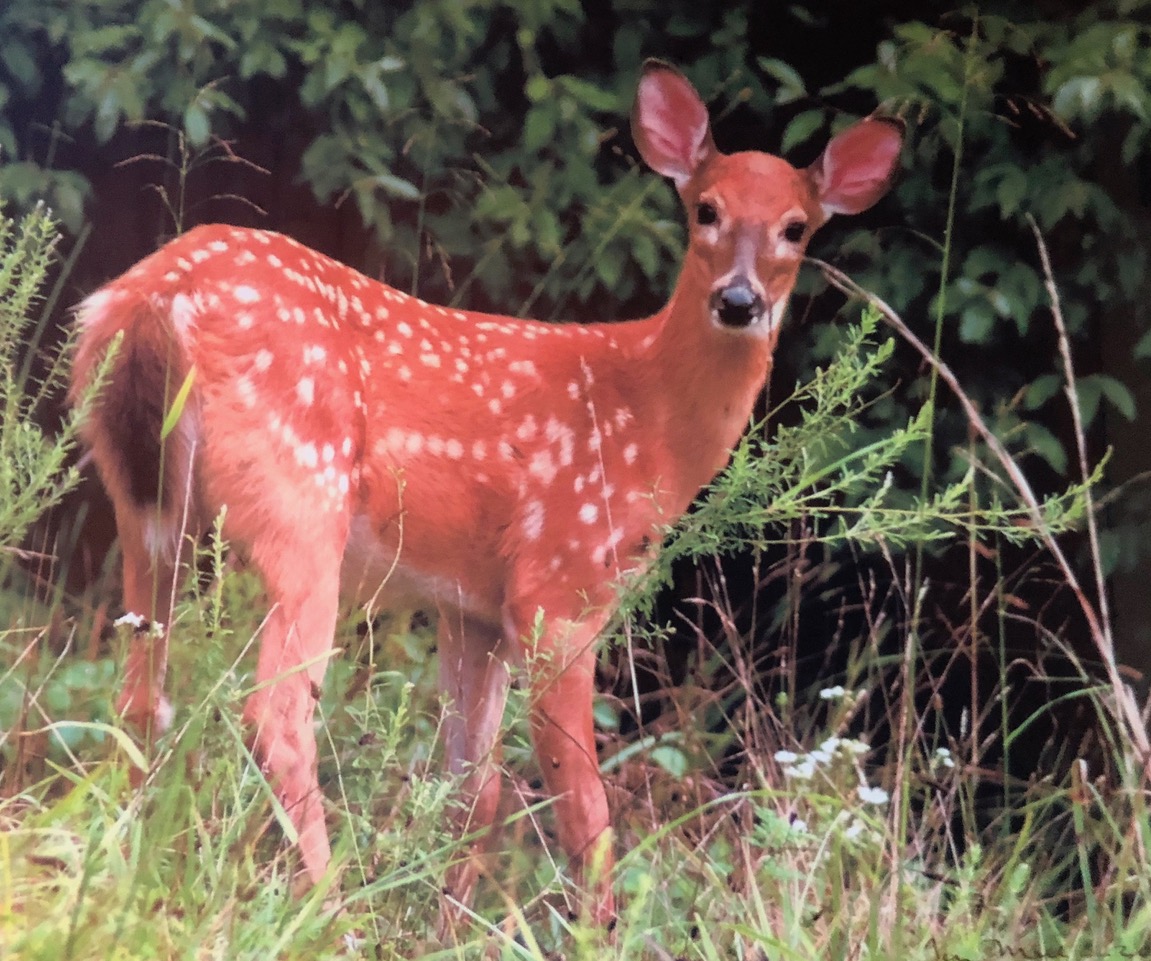 Close Encounters of the Deer Kind

Like many of you, here in Western North Carolina we have had to learn to share our backyards and gardens with whitetail deer. More recently, as our urban sprawl has invaded their natural habitat, we have also experienced a growing number of encounters with black bears, especially the night before trash pickup. A few months ago, I leaned into one of our windows to peer out onto our dark deck, only to discover a mother bear leaning in to look at me. Startled, we both jumped back, before she and her cub quickly shimmied down the poplar tree next to our deck. 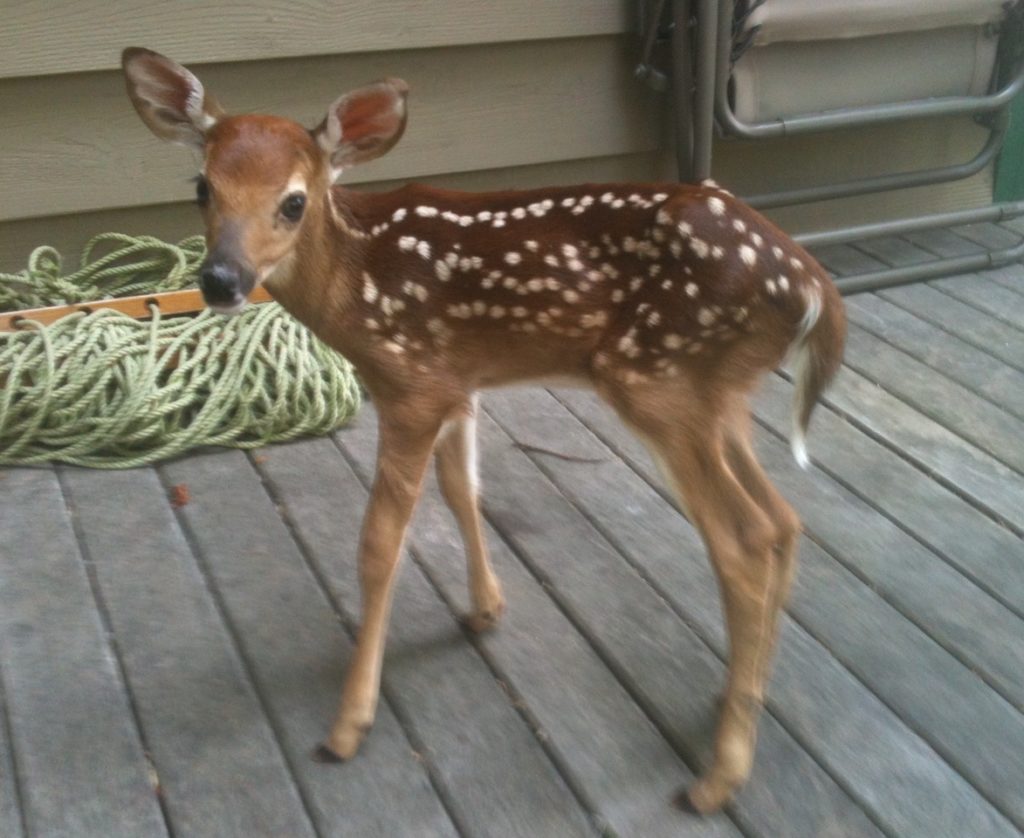 Our deer encounters have always been less threatening than bumping into a momma bear in the dark. A few years ago, Leigh Ann leaped into Lake Lure to rescue a three-day-old fawn who had become separated from his mother. After unsuccessfully reuniting Starbuck with her, we drove him to a certified deer rehab facility north of Asheville, where, after gaining strength and confidence, he was eventually released into the surrounding forests. 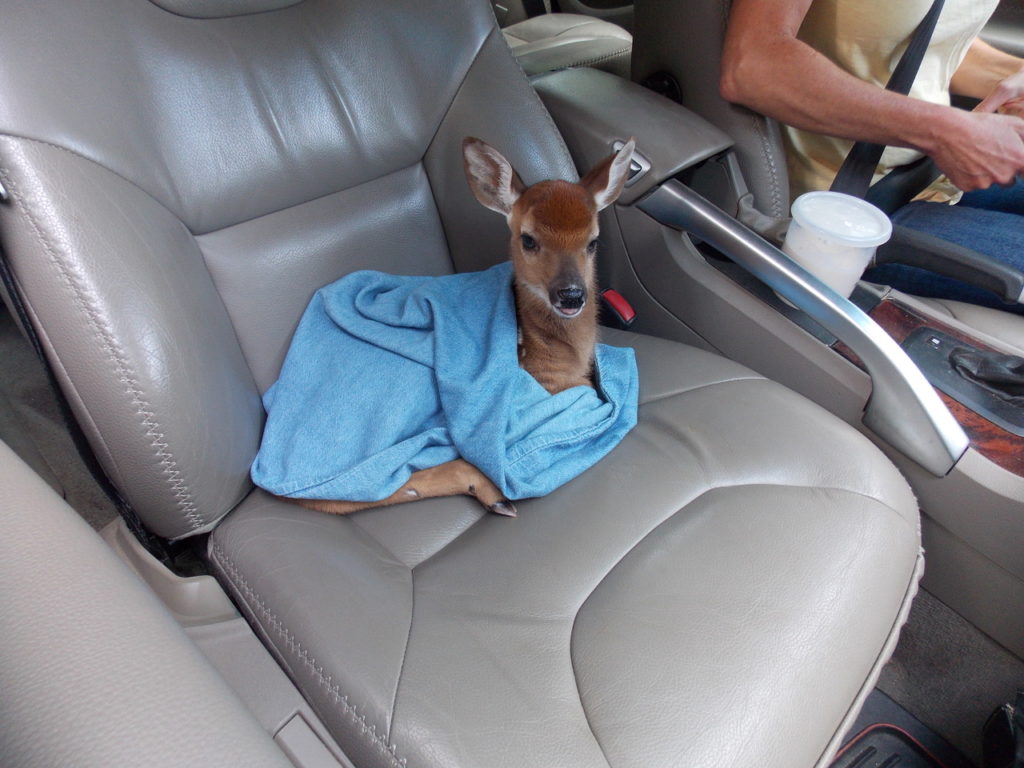 Last week, Hawkeye and I had another deer encounter, but this one took an unexpected turn. Seeing deer alongside the country road we often walk is not at all unusual, so when Hawkeye and I saw a large doe emerge from a dense rhododendron thicket, we weren’t surprised. In most cases, the deer watch us from a safe distance before blending back into the woods, but this doe didn’t follow the script. Instead, she started walking toward us, which prompted Hawkeye to start barking at her. Rather than turning and flashing her white tail at us, she broke into a run – directly at us.

I know what to do – and what not to do – when coming face to face with a bear, but I hadn’t read the deer handbook. Before I could, the doe brushed past me, close enough that I could have laid my hand along her tan back. Her instincts told her I was no threat, but Hawkeye, who is about the size of a coyote, became her target. Head down and four pointed hooves clattering across the black asphalt, she charged him. 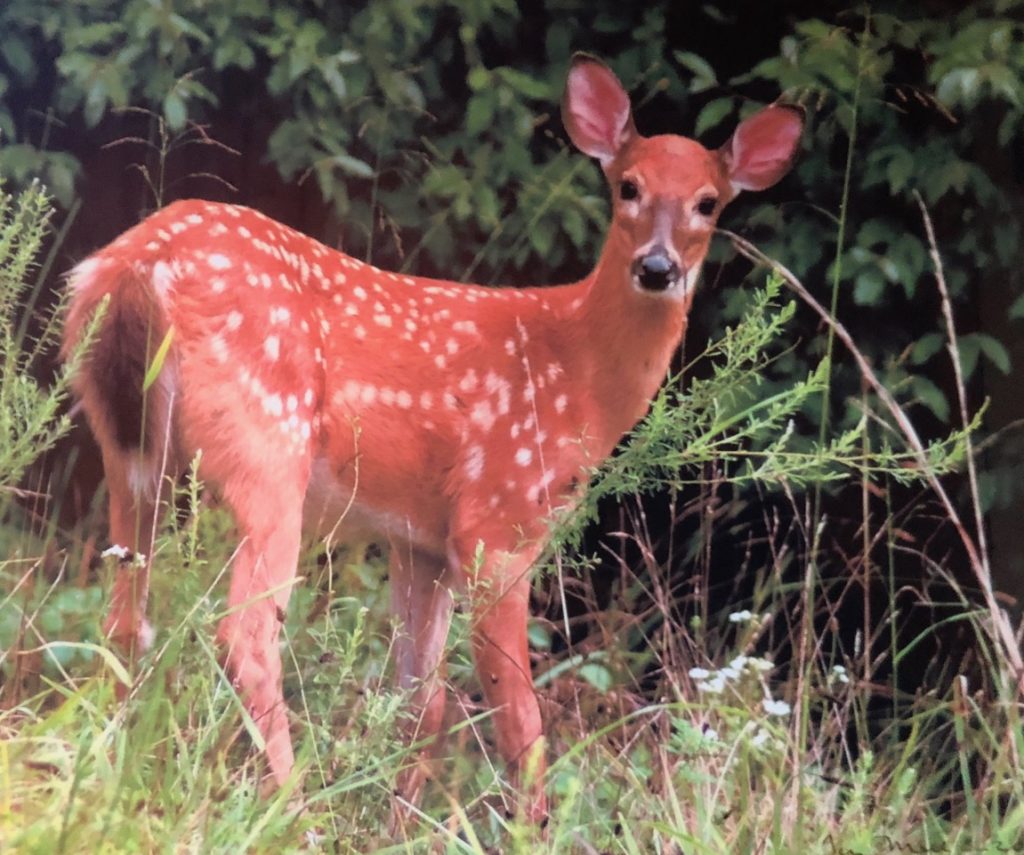 Hawkeye proved smarter than me, tucking his tail between his legs and turning to seek safety at a nearby house. The pair disappeared over a rise in the road, and before I could reach them I heard Hawkeye yelping in pain. The doe had him cornered against a stone wall, but rather than pummeling him with her deadly hooves, she was head-butting him. As she stepped back for another lunge at him, Hawkeye saw his opening and dashed past her, heading back toward me on the road.

I was yelling his name as loudly as I could, but I might as well have been shouting at the stone wall, as Hawkeye ran past me going about a hundred miles an hour. Relieved that he didn’t have any broken legs, I turned back to find the doe standing a few yards away, snorting through her flared nostrils as she sized me up. Convinced I still presented no threat, she bounded past me, disappearing back into the thicket where I suspect she had a newborn fawn bedded down. 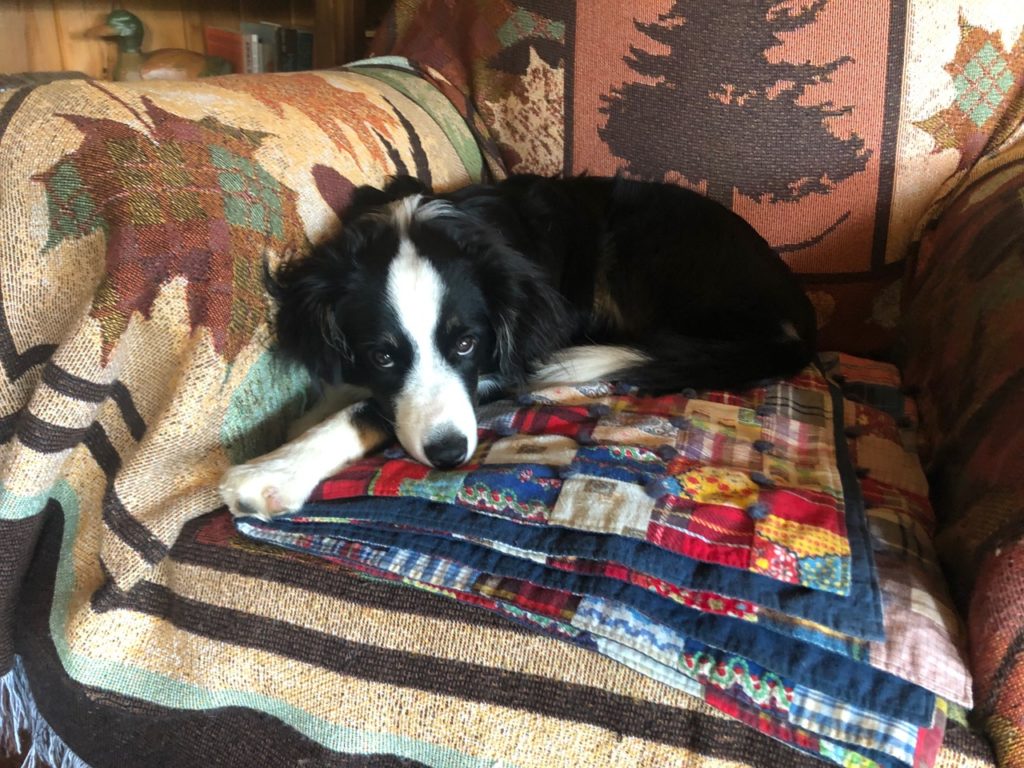 As for Hawkeye, I found him back at our house, hiding on his chair, convinced the doe was coming back to find him. It took me the rest of the evening to get him calmed down, but I wasn’t surprised that when I crawled into bed, he was already there waiting for me.

“I ask people why they have deer heads on their walls. They always say because it’s such a beautiful animal. There you go. I think my mother is attractive, but I have photographs of her.” – Ellen DeGeneres 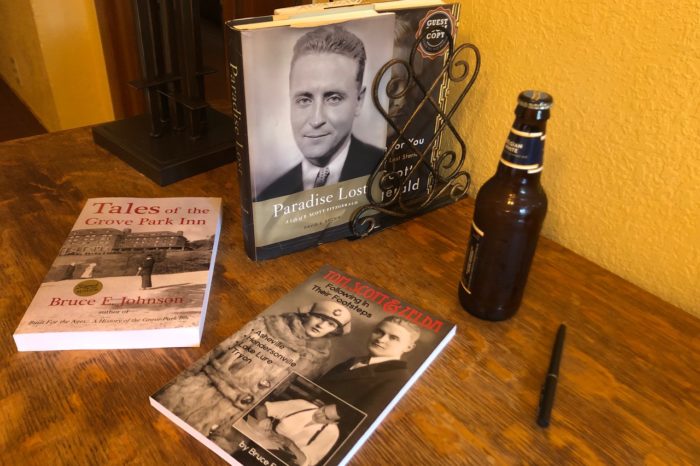