While the conference itself is still a couple of days away, for us Tuesday afternoon is our setup day and “soft open.” Kate and I packed our vehicles with tubs, computers, tote bags, name badges and six file boxes of folders, and headed to the Grove Park Inn a little after noon. We were greeted by several exhibitors anxious to get their names on the loading dock list for early setup first thing on Thursday morning. 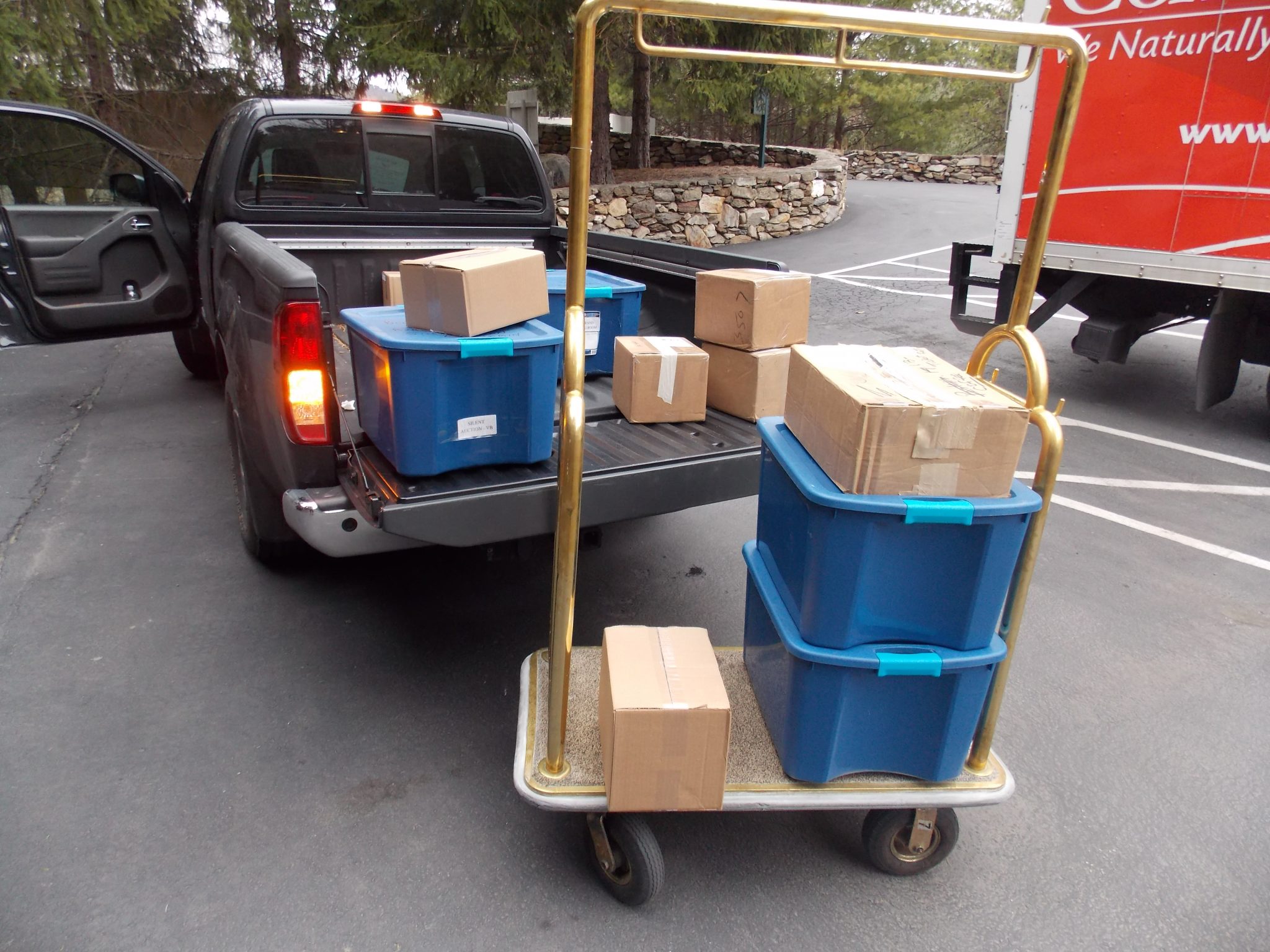 After that brief flurry of activity, we settled into the task of recreating our office in the Sammons Wing Registration Desk, where everyone will come to pick up their name badges, tote bags, calendars, posters, and Conference Catalog.

And, of course, there had to be at least one unexpected challenge. This year it was convincing our printer and our computer to talk to each other. In our office they do this “wirelessly,” but at the GPI we don’t have our router, so we simply hard wire them together.

You’d thought we had gone back to the Stone Age.

Naturally, both machines were offended, so we resorted to calling customer service. Despite the fact that I had personally hard wired the two together successfully on Monday in our office as a test, and that we had used the same computer, printer, and wire last year at the GPI, the first three customer service techies at Canon insisted that was impossible.

It took Kate and hour-and-a-half to finally find a fourth techie who (1.) believed her, and (2.) understood what we needed. Turns out all it took was one more prompt, switching from “wireless” to “wired.”

By that time I was home, ready for a glass of wine and a long walk with Daisy and Jasper.

But, as I explained to Kate, who was even more frustrated than me, if that’s the only challenge we faced on our first day, it’s going to be a good conference.

Today is set-up for pipe-and-drape for the booths, placing pegboards and display cases in each one, hanging booth signs, putting hallway signs on easels throughout the hotel, and checking in exhibitors, who will begin unloading on Thursday morning.

And it will not be snowing or sleeting the entire week!

That’s something to be thankful for! 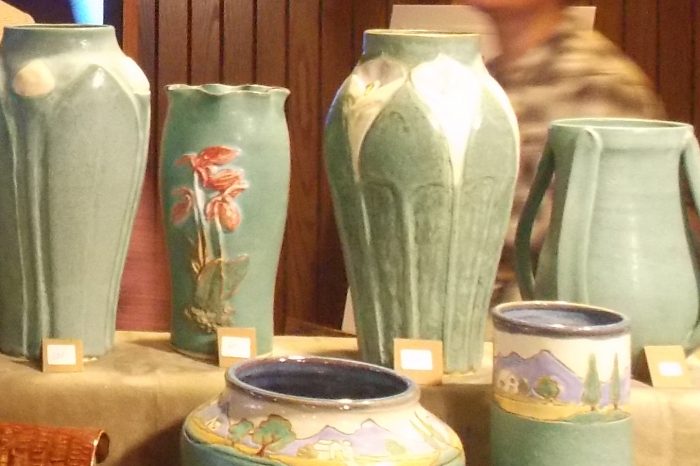