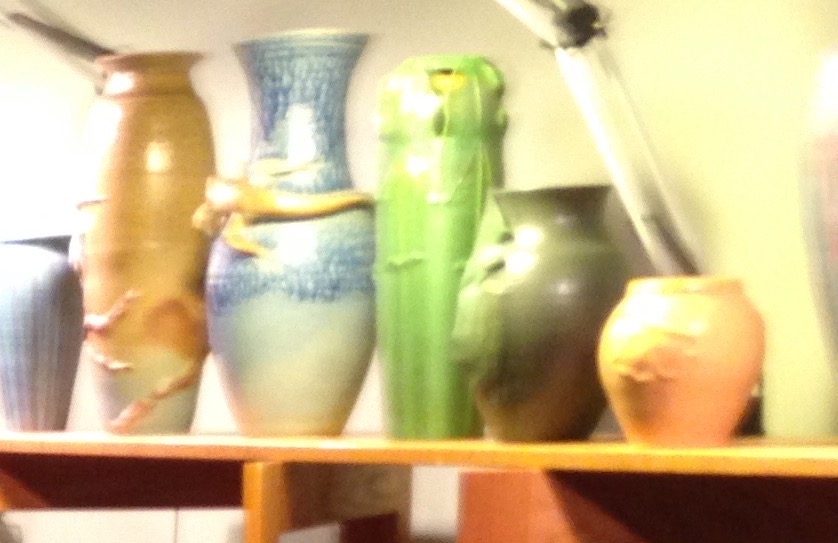 Thursday was exhibitor load-in day, and for many the first opportunity to see Arts and Crafts friends they only encounter at the Grove Park Inn. But as Don Treadway said when he stepped into the Grand Ballroom, “It’s like I never left.”

It’s a sentiment many expressed as they rolled their carts laden with pottery, tiles, metalware, books, and furniture to their booths. For most of the exhibitors, both vintage and contemporary, they return not just to the Grove Park Inn this week, but to their same booth and, in many cases, to their same hotel room.

And even though it may have been nearly 365 days since we saw each other, it seems like it was just a few weeks ago. 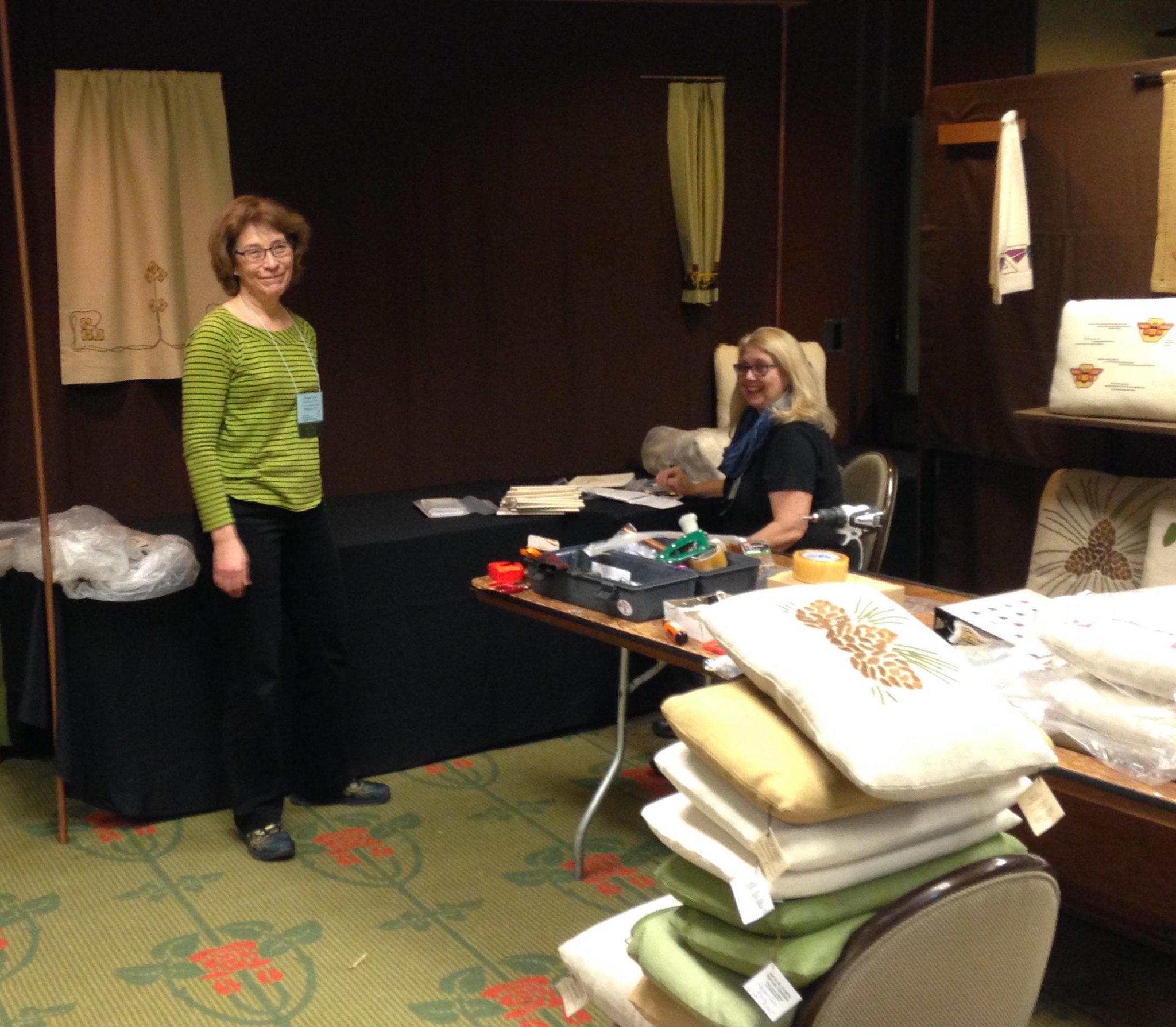 For me, Wednesday is the most stressful day of conference week, only because it is arrival day for pipe and drapes, pegboards, tables, and display cases. If a truck breaks down or a driver gets lost, it could wreak havoc on the entire weekend. Fortunately, that has never happened — and did not happen yesterday.

So, yesterday my load-in crew arrived as well, so I basically turned it over to them, and I stepped back out of the way. I let them take care of the little problems, and I handle the big ones.

There are no big problems if all the little ones get solved. 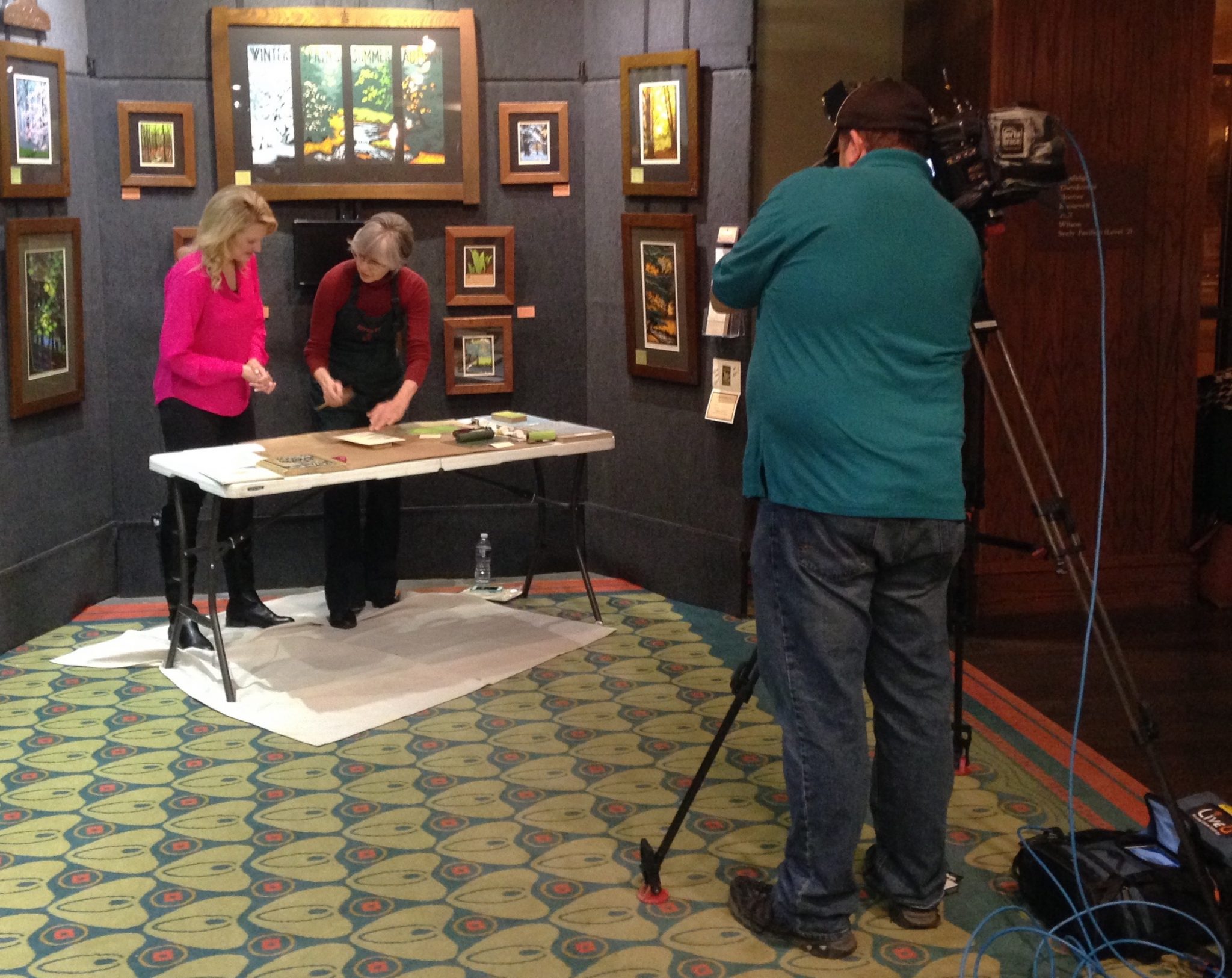 Block print artist Laura Wilder got up early, as did coppersmith Frank Glapa, to appear on Asheville’s ABC station WLOS, doing demonstrations of their work of display for today’s show. Today the booths will be all set and the doors open at 1:00pm for the selling shows, staying open until 6:00pm. We have had great publicity, so expect to have an over-flow crowd. If possible, have someone drop you off at the door – and pick you up later! 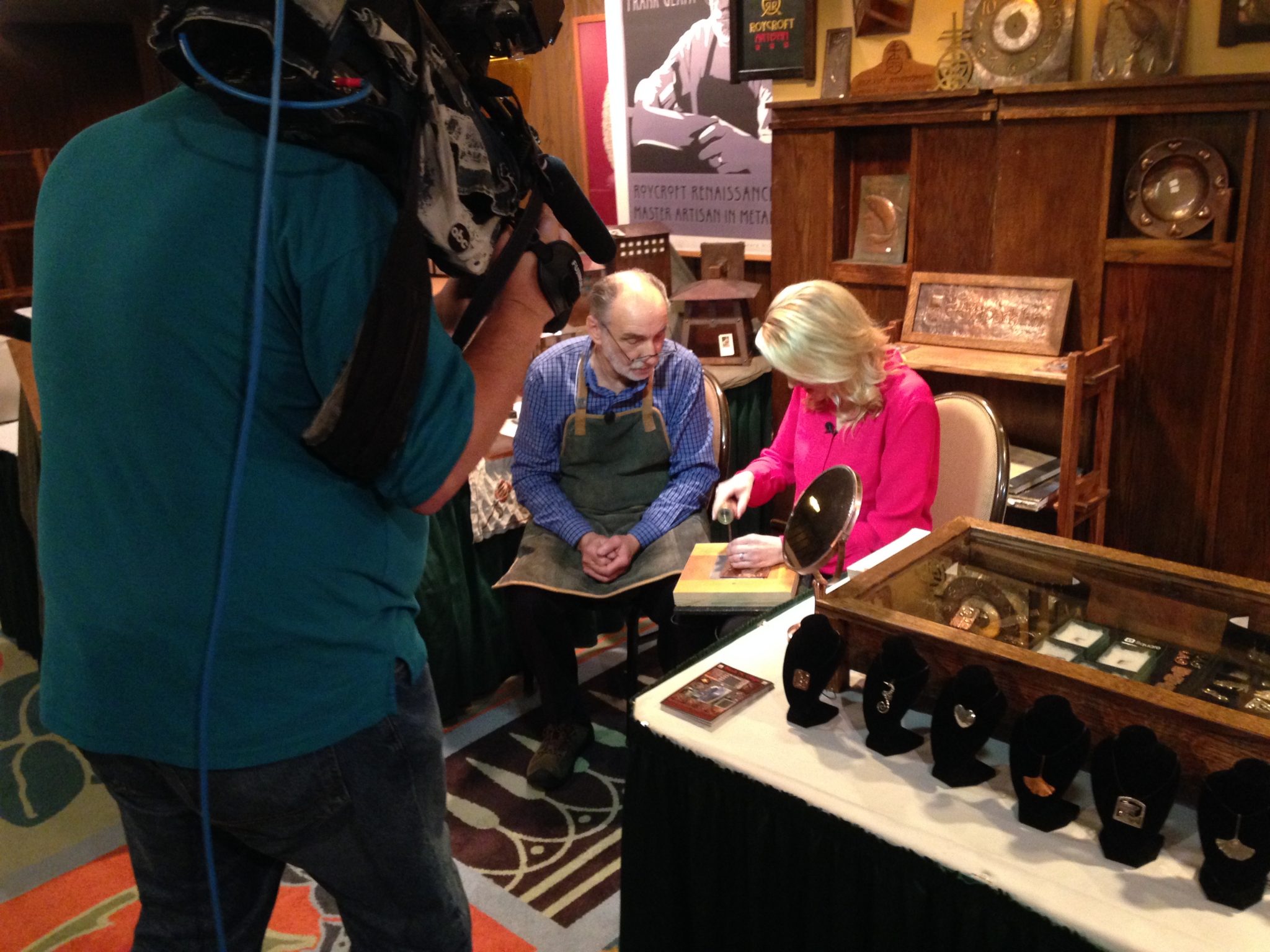 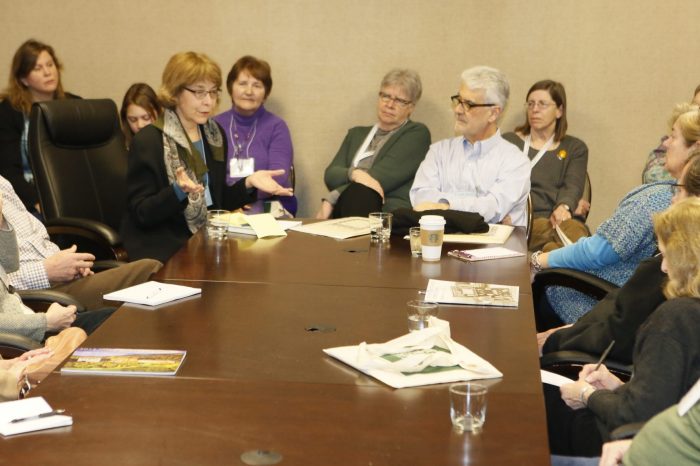