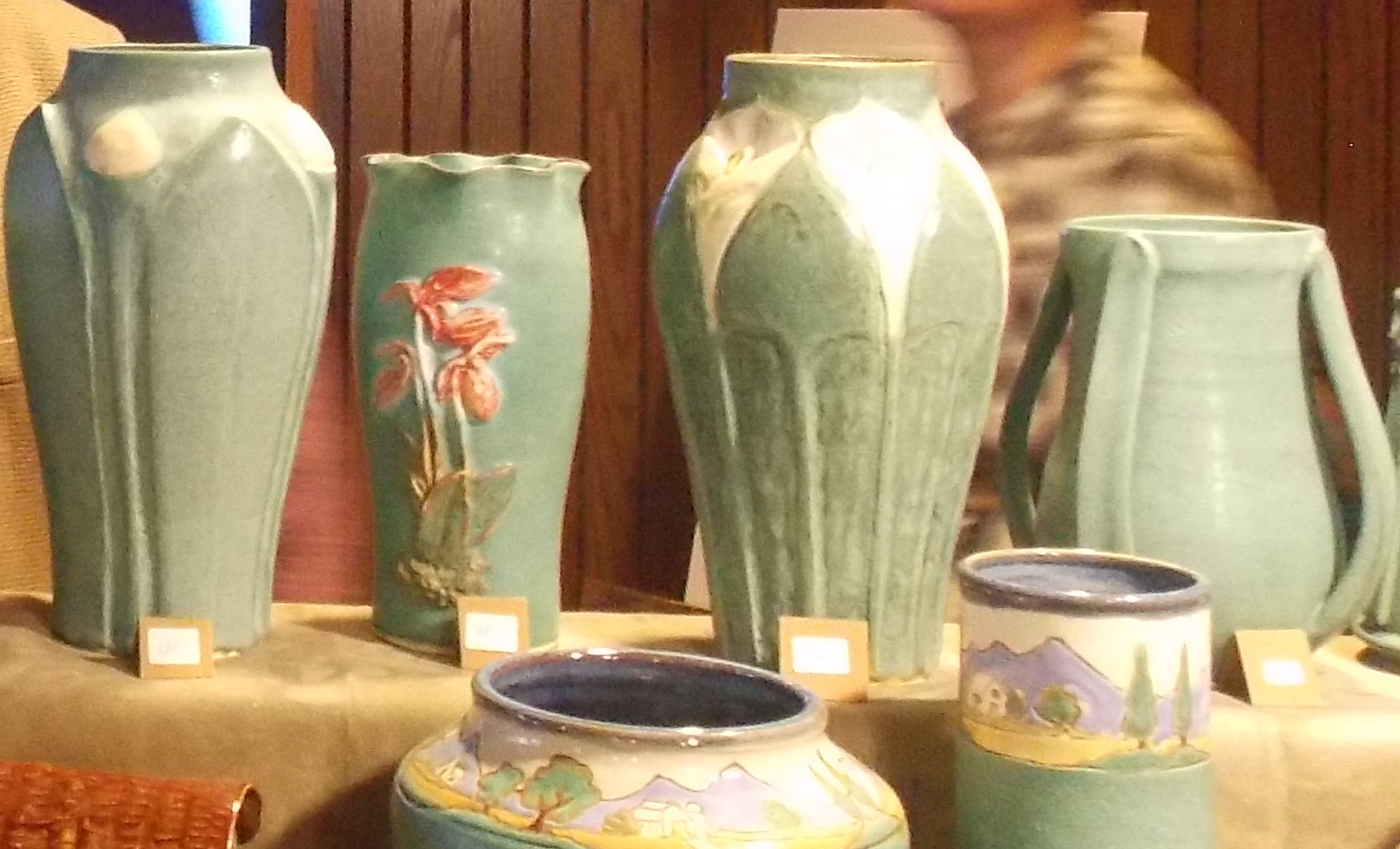 If you had walked into the Grand Ballroom at the Grove Park Inn yesterday, you would have seen several of us walking around with large paper floor plans, for some things just don’t fit on a computer screen. Over the course of the past year each exhibitor placed their order for the size of their booth, various style of showcases, free standing pegboards, chairs, and number of tables.

And yesterday they all arrived. 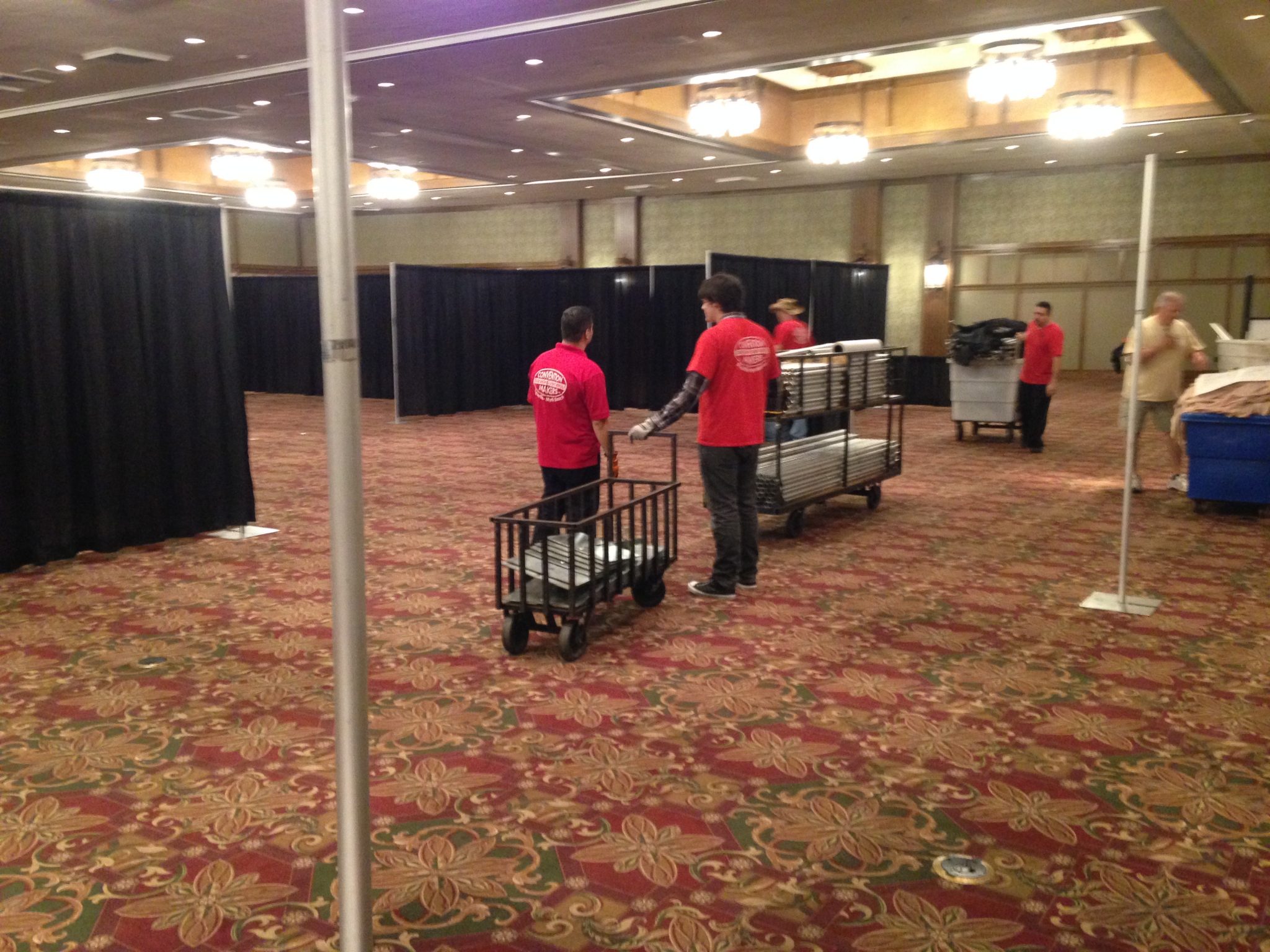 The first crew to roll into the Grand Ballroom began assembling pipe-and-drape walls at eight o’clock. Even before they were finished a second crew began unloading scores of display cases. While that was happening my crew was hanging signs, and the Grove Park Inn’s staff were bringing in tables and chairs.

As for me, well, sometimes I just stayed out of their way.

When all goes according to plan, each booth is like a puzzle with each piece snugly in place. But sometimes what looked good on paper just doesn’t work. That’s when I step in and make a decision:  substituting a smaller table in place of a larger one, moving a showcase, or sliding a pegboard to a different location.

By midnight the final table had been placed, covered and skirted, each booth ready for the exhibitors to begin filling them with Arts and Crafts furniture, art pottery, metalware, textiles, artwork, and books.

And so at eight o’clock this morning the exhibitors will begin unloading their trucks, trailers, and cars, slowly filling their booths in preparation for tomorrow’s opening at one o’clock. 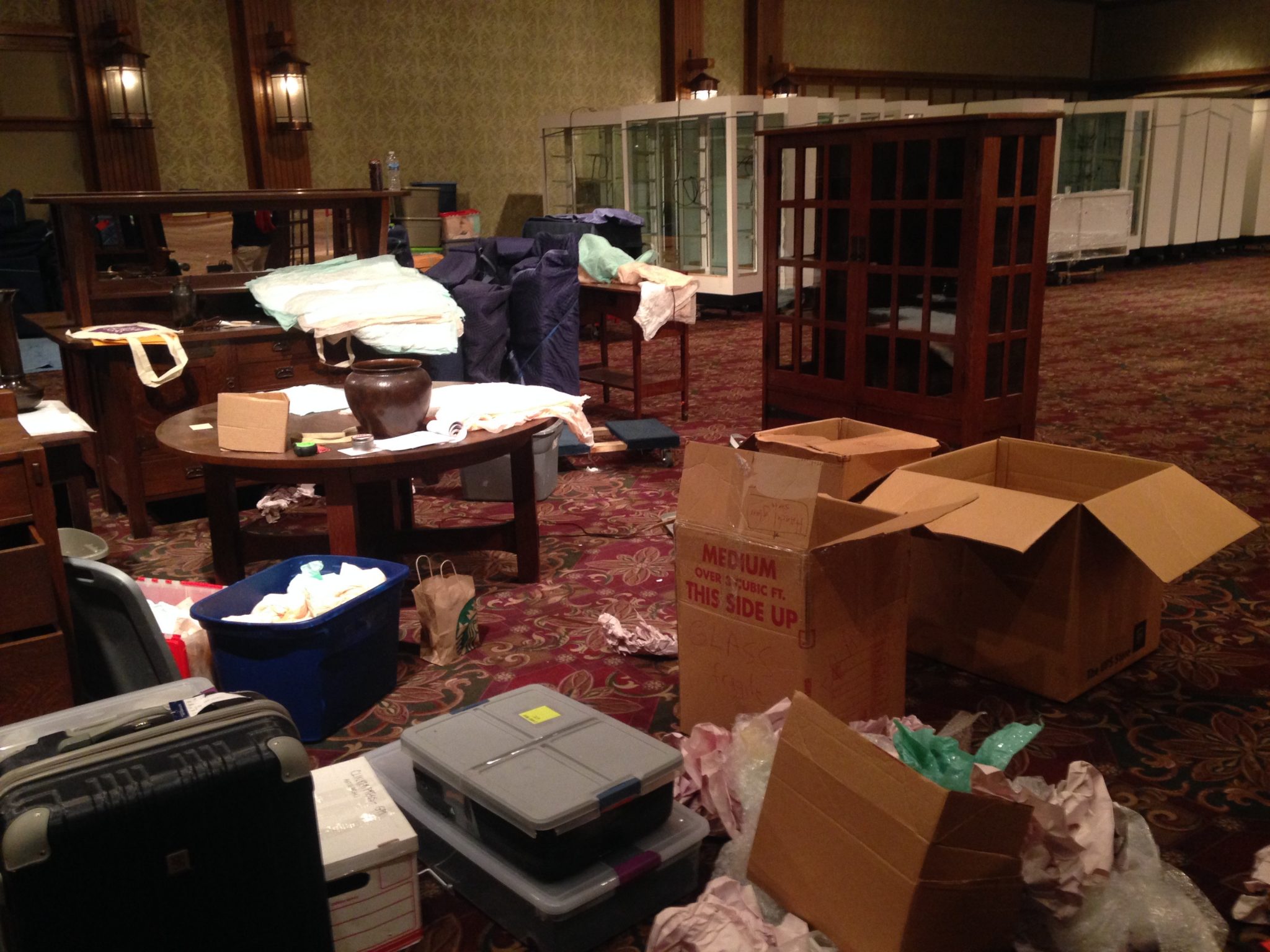 As they do, the empty Grand Ballroom will be transformed into the largest and finest display of vintage and contemporary Arts and Crafts in the entire country. 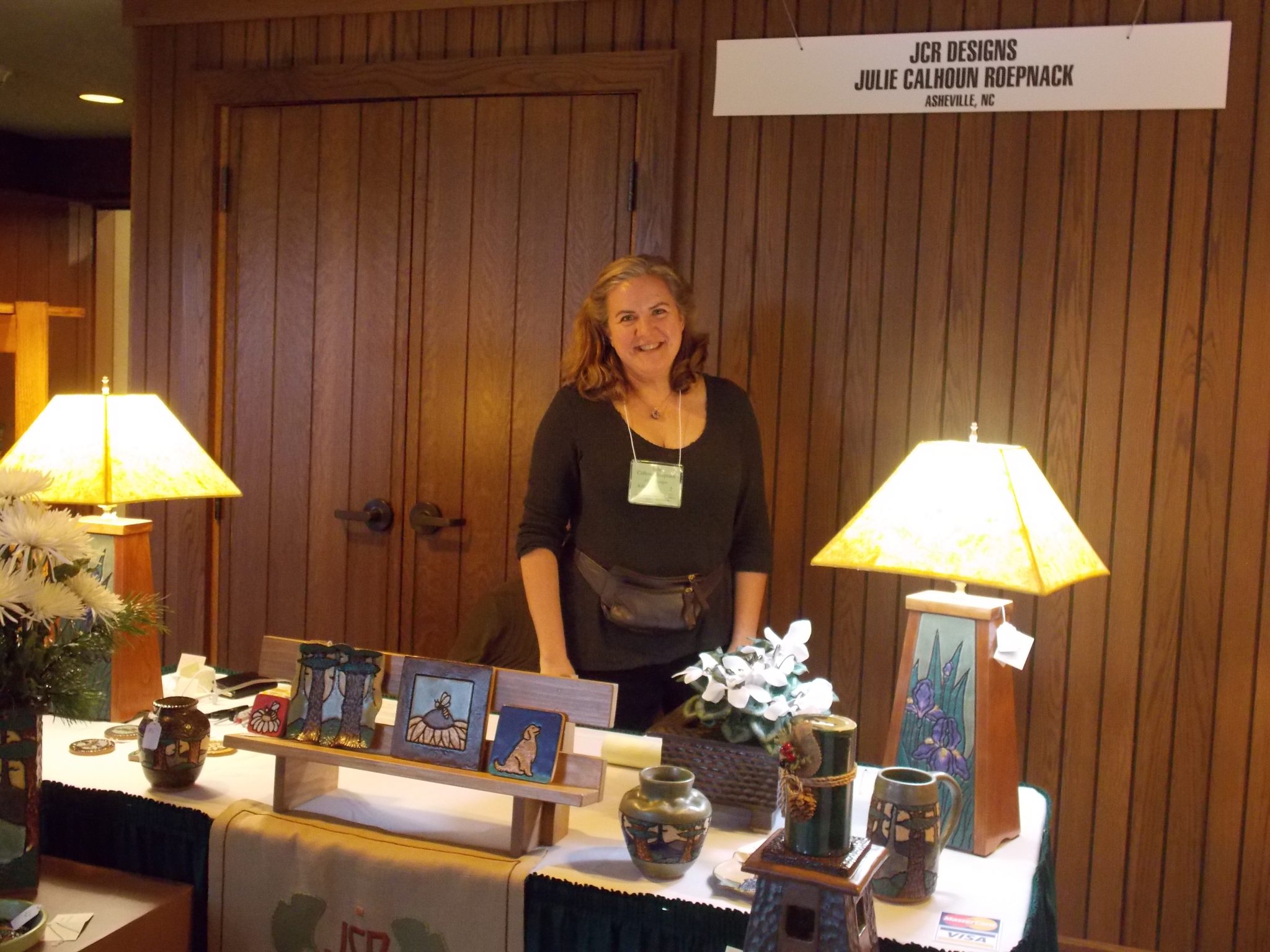 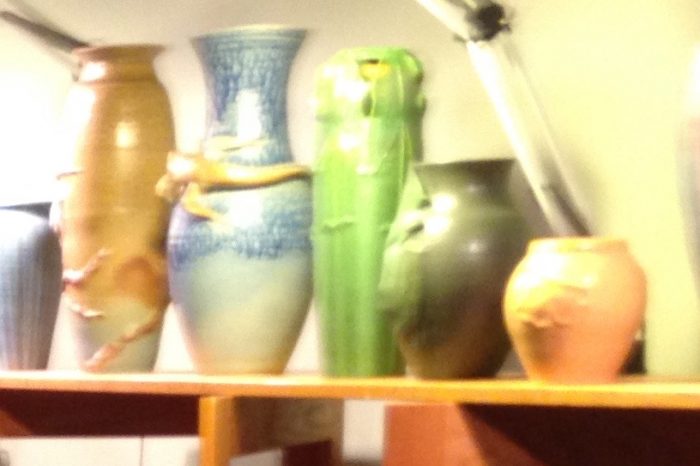