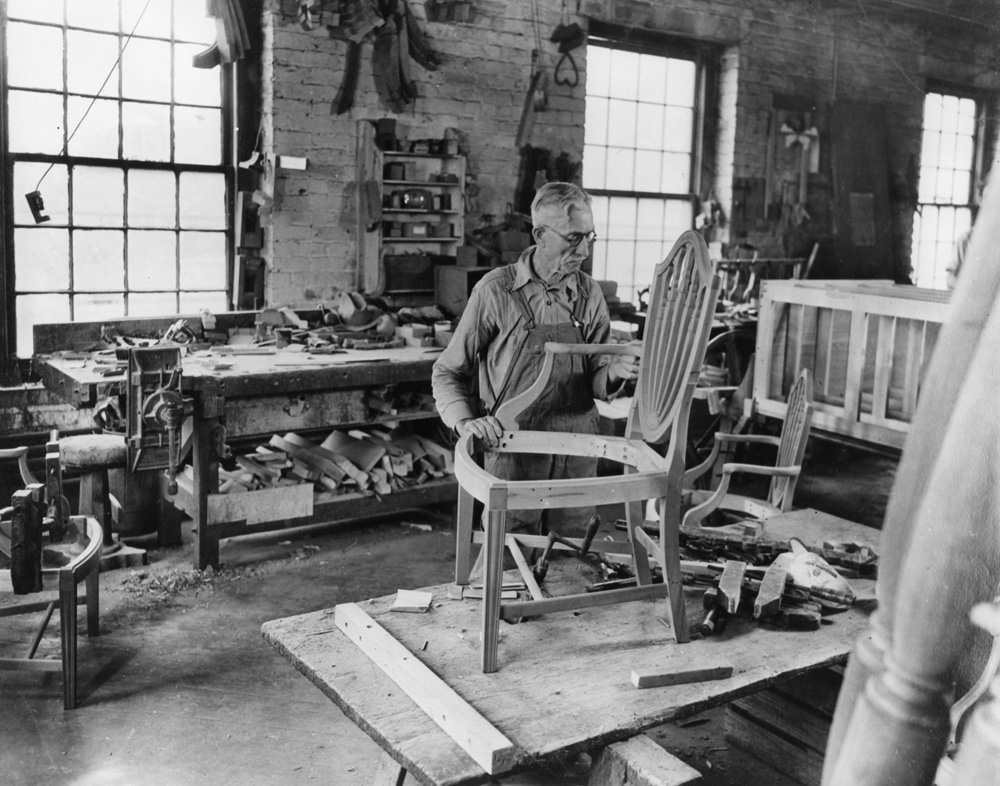 Regardless, my fascination for Stickley furniture continues unabated. I have at least one example from each of their factories, from Albert in Grand Rapids (MI), Leopold and John George in Fayetteville (NY), Gustav in Syracuse (NY), and Charles in Binghamton (NY). That was never my intention, as over four decades of collecting it just happened that way. 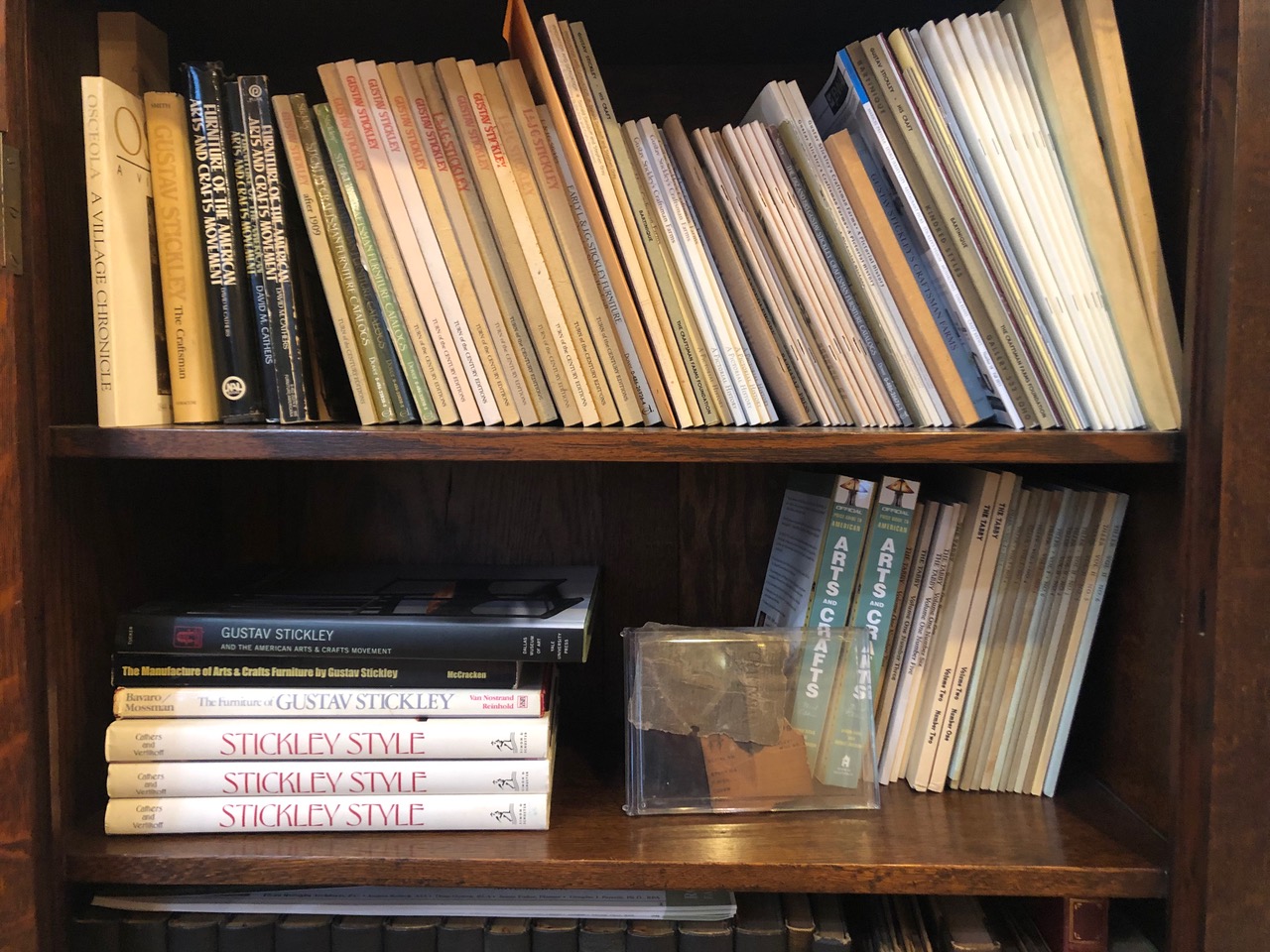 But lately my fascination has traveled beyond the furniture in my office and our home to the lives and personalities of those five Stickley brothers. My journey back in time this past week has relied not only on my bookcase crammed full of dog-eared reference books, but also on the internet with its instant and amazing access to Find-A-Grave, government census reports, old newspapers, marriage licenses, death certificates, and other passionate researchers scattered across the country.

For those not quite familiar with the story behind the Stickley story, it begins with an alcoholic father, his suffering wife Barbara, and their nine children, all barely surviving in the 1860s on a patch of rocky ground outside the village of Osceola, Wisconsin. Weather permitting, their father Leopold Stickley worked as a stonemason, pulling oldest son Gustav out of school after the eighth grade to work alongside him. But by 1876, Barbara Stickley had all she could take of her unreliable husband. She gathered up those children who still remained at home and moved to Brandt, Pennsylvania, where members of her German immigrant family had settled.

And where her brother Jacob owned, of all things, a small furniture factory.

Courtesy of the Forest History Society.

Eighteen-year-old Gus went to work for his uncle first, soon followed by younger brothers Albert and Charles. As impressionable young men, all three learned the craft of making furniture — and all three went on to start their own furniture companies.

But what if — their father had not been a short-tempered, chronic alcoholic who drove his wife out of their family home? What if — he had been a successful farmer or a prosperous stonemason?

Would Gustav or Albert or Charles – all three of whom helped train younger brothers Lee and John George – have ever become furniture craftsmen, designers, and factory owners? Without that opportunity to learn the trade firsthand under the tutelage of their compassionate uncle, that seems highly unlikely. 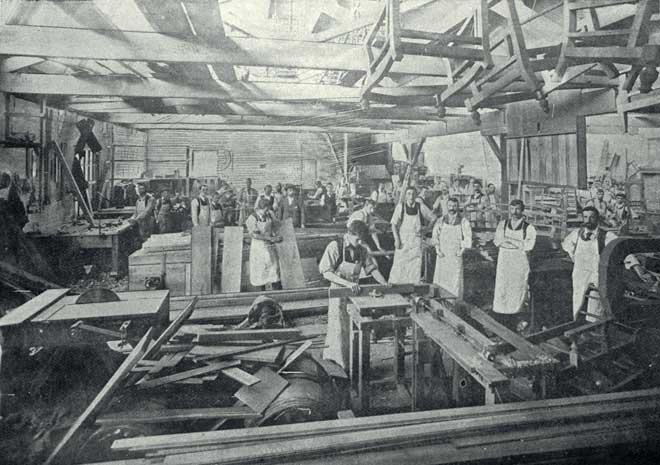 And when in 1883 Gus, Charles, and Albert decided to break away to form the Stickley Brothers Chair Company, it was that same uncle who loaned his three young nephews the money they needed to equip their workshop.

Although that first business venture did slowly reveal that the young Stickley brothers were too independent to remain partners for very long, it propelled each of them down their own path toward becoming prominent Arts and Crafts furniture manufacturers.

Consider then, if you will, that if their father had just been a little kinder, sober a little more often, Gus, Charles, and Albert might instead have started the Stickley Brothers Stonemasons Company. 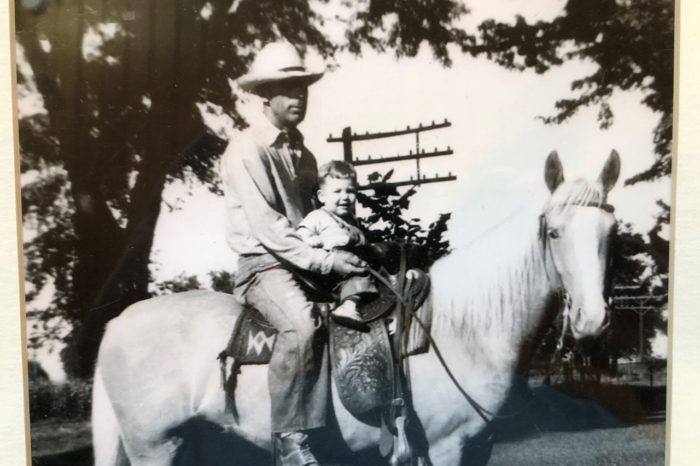